A look back at some of the classic Football Manager signings

Friends, family and partners have all taken a back seat for many in what is a truly magical creation in Football Manager. Heroes have been born off the back of it, too, from the likes of Lebohang Mokoena to a name regularly associated with the game in Freddy Adu.

Numerous gems have been unearthed in the various versions of the game over the years too. Some of these aforementioned stars who have shown dramatic improvements in the game then go on to do the business in real life on the pitch. If Kevin de Bruyne was on fire while you were managing Rochdale during the club’s remarkable Champions League win, then chances are your sport bets in real life might feature the Belgian star also, be it as a first goalscorer or for a Player of the Season award. Kevin has never let you down before, has he? That is just how powerful the game can be, with opinions on players formed off the back of it. Likewise, sympathy for a recently sacked Premier League boss in the real world might wane after he poached your main goalscorer for nothing on the game.

Football Manager has always been an influential creation with accurate statistics and all-around ratings on players, and all put together by a humongous team of researchers. Over the years, a number of classic signings have continually been utilised by managers, be it from an obscure Romanian division or a lower league English club. The need to unearth a gem or find a bargain has always been there, especially if you’re managing one of the smaller clubs.

Here is a look back at a few classic Football Manager signings and what they offered on what is a truly iconic game.

A solid full-back usually targeted at the start of Football Manager 07 when he’s just 18-years-old and easily obtainable, Anthony Vanden Borre was always a player who showed dramatic improvements. Usually signed for around £1million, which is a bargain compared to other options in the game, the Belgian pretty much had it all. Numerous managers would eventually cash in on the youngster and use the acquired funds to strengthen elsewhere.

Former Arsenal youngster Carlos Vela was a target for many managers in Football Manager 09 as the Mexican whizkid showed bags of promise and represented decent resale value also. Football Manager scouts were pretty accurate in their representation of Carlos Vela too, although many people expected him to perform better at a higher level in real life.

Another full-back with a bargain price attached to his name, Darijo Srna could be snapped up as a spritely teenager in the 00-01 version of the game. Among his strengths were his work rate, bravery, aggression and bravery, making him the ideal candidate for a side aiming to challenge the top clubs. 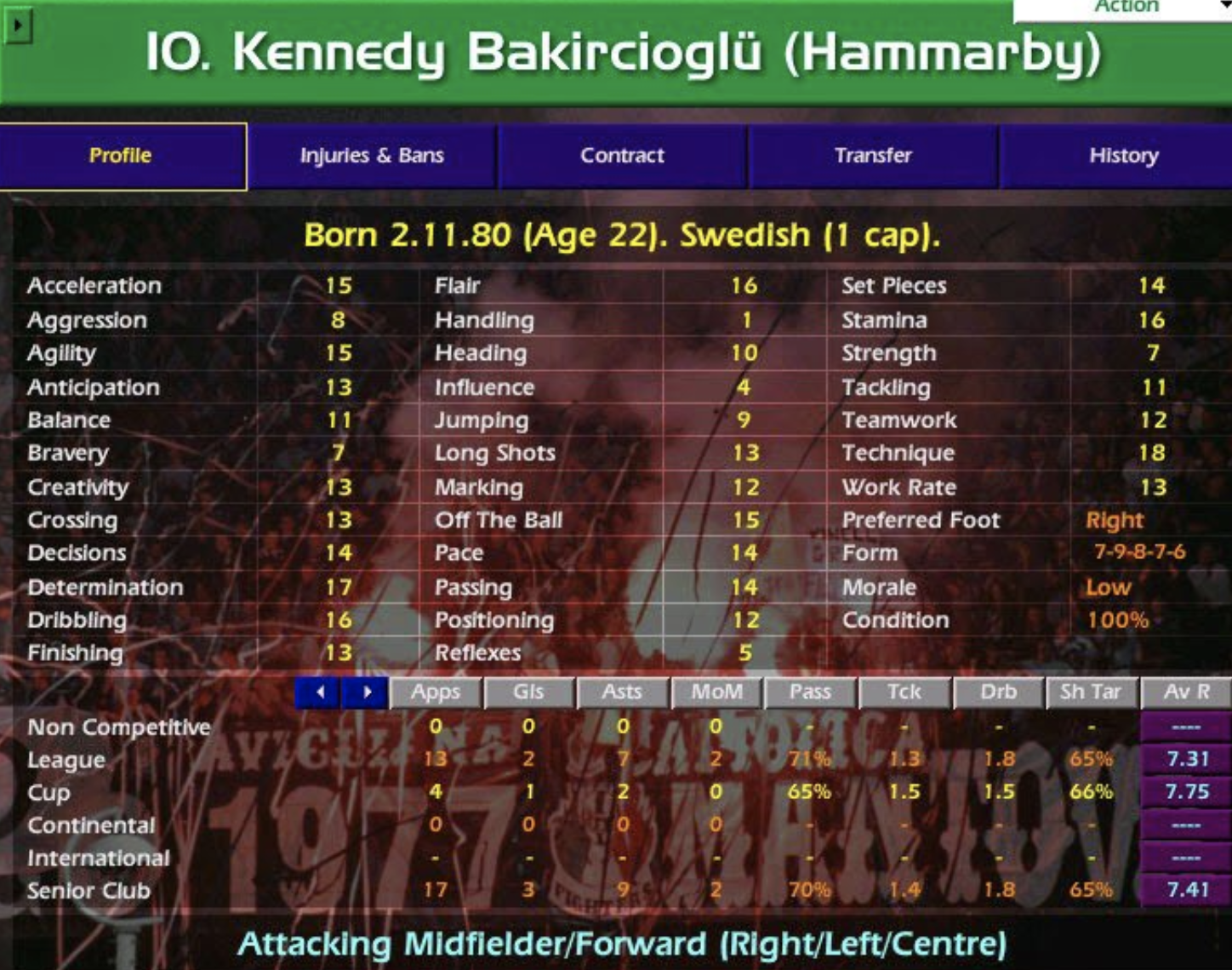 If you know, you know. An absolute steal from Hammarby IF, Kennedy Bakircioglu would always make huge improvements as soon as you gave him the game time he needed. A bit of a luxury player, the Swedish midfielder was a star in the earlier versions of the game.

A name on the lips of Leicester fans at the moment, Youri Tielemans used to be a gem of a signing to make before he decided to show promise in real life. Rated highly and with the potential to improve hugely in numerous versions of the game, the Anderlecht youngster was a go-to signing for many managers, especially if you needed a midfielder for the long term.