FM21 FM Base Represented in the 2Game FM Premier League 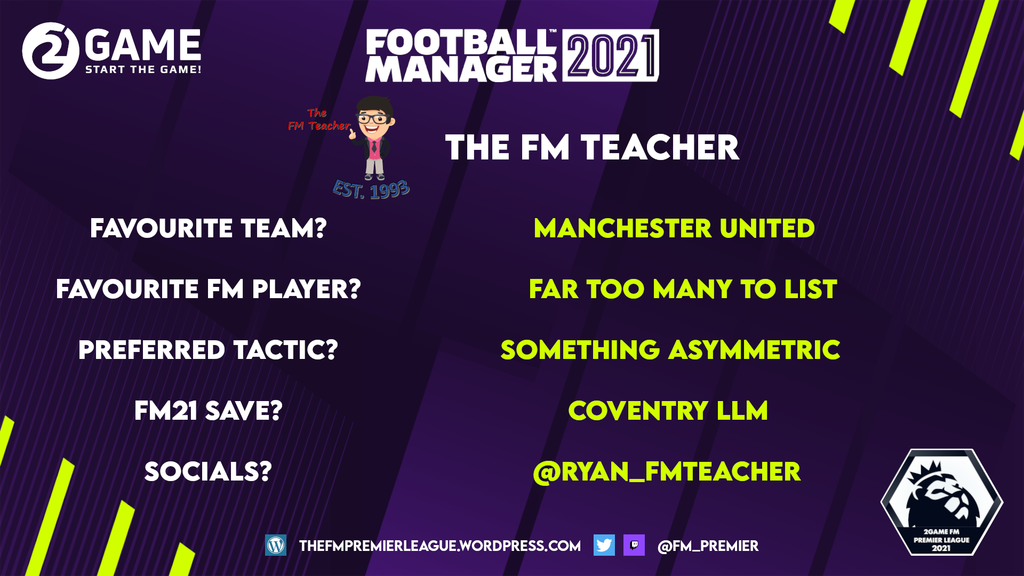 Last year one of our staff members took part in the FM Premier League but had to withdraw due to other commitments. Luckily, I was able to step up and take over. Little did I know that I would be managing Crystal Palace. It took me a while to a find a style of play that suited the Crystal Palace side. My usual style of play consists of a wonky donkey asymmetrical style that the majority of the time gets berated due to people's unfamiliarity or dislike of symmetrical tactics.

I did eventually find something that worked. Although, I have to admit it was not within my tactical preference. I do have to say that the experience taught me more about being adaptable in terms of tactical adaptation. At the end of the FM20 FM Premier League I managed to guide the team to finish 14th with 11 wins, 11 draws and 16 losses. 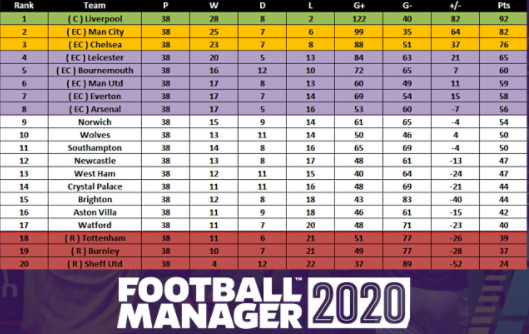 This year, I'll be representing FM Base in the FM Premier League again. 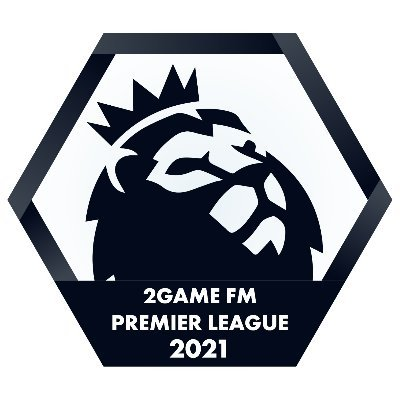 The draw has been made. I've already said, the team that I wanted to avoid was Crystal Palace I can say that I will NOT be managing Crystal Palace this season. See the images below for the who's-who in the 2Game Premier League. 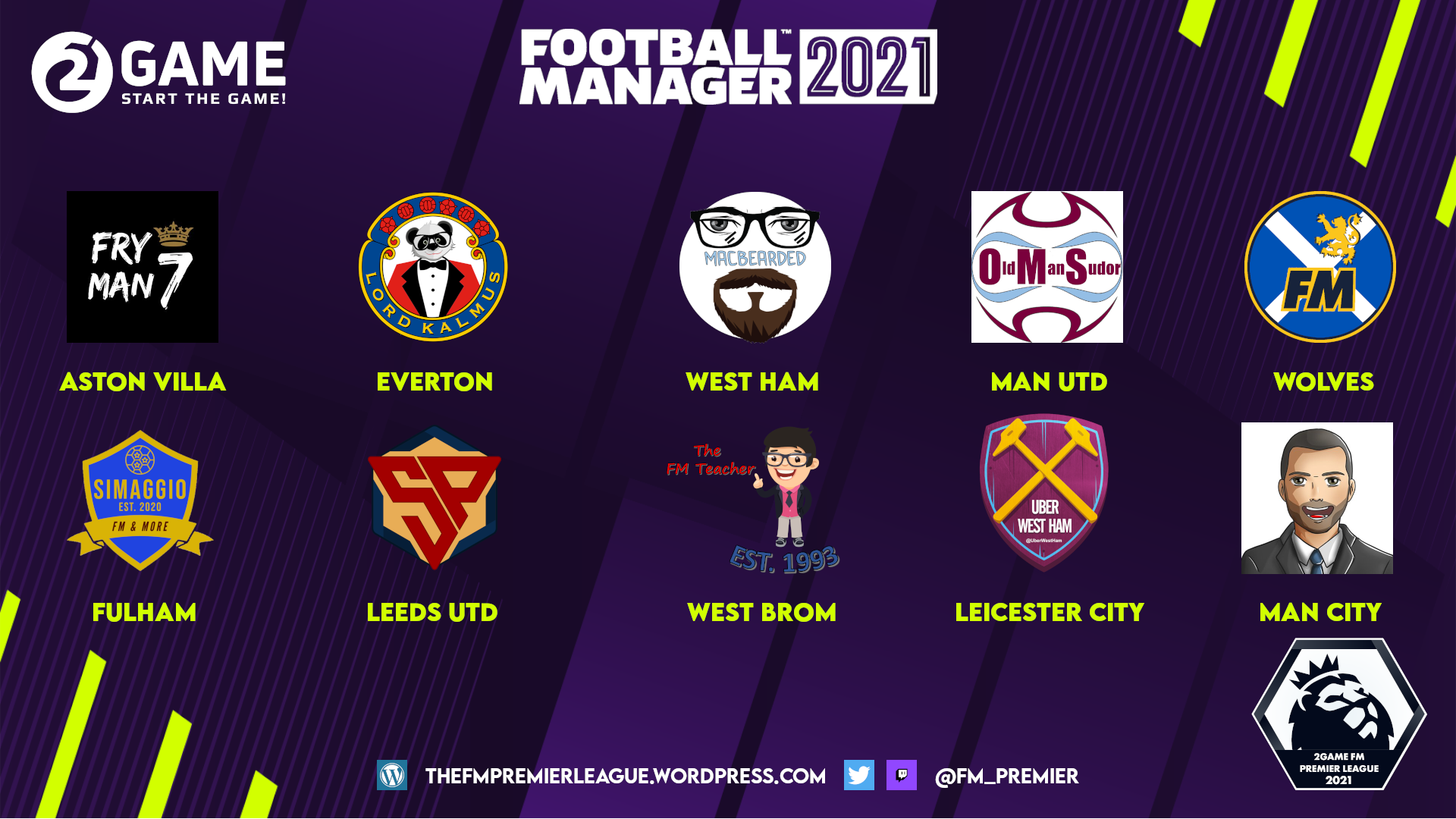 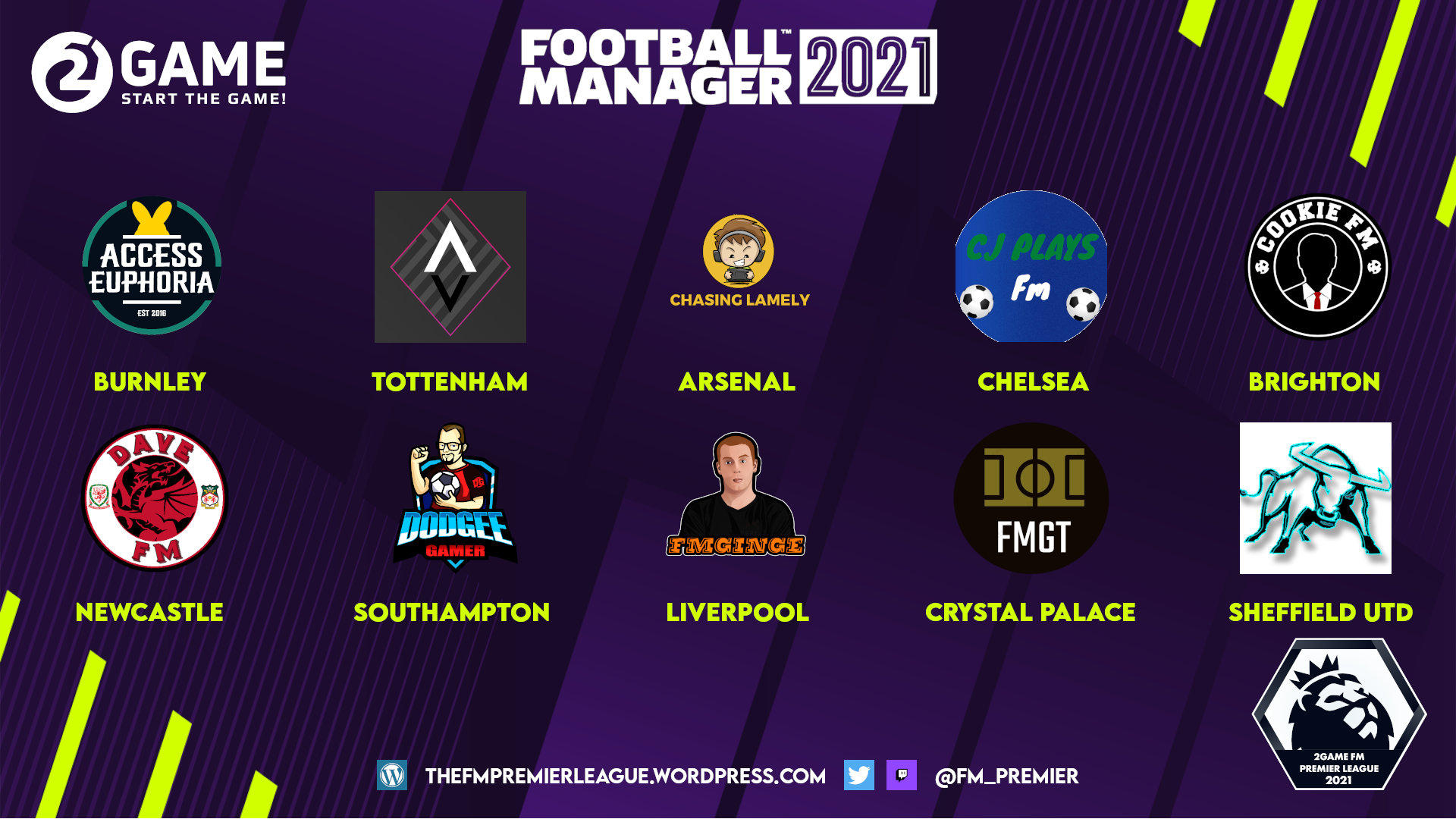 Can you see it? Yes, this season I'll be managing West Brom... I'll have a budget of £22m. The rules of the 2Game enforce a strict maximum of five transfers. I am going to have to take some time to review the current West Ham squad to see where I can potentially make improvements. I'll also have to review tactical setups so see if the players can play in one of my usual asymmetrical tactical styles.

My serious concern, ever simulation that I have seen of the Premier League on FM21 has seen West Brom get relegated. Here's hoping that I can do better than that. 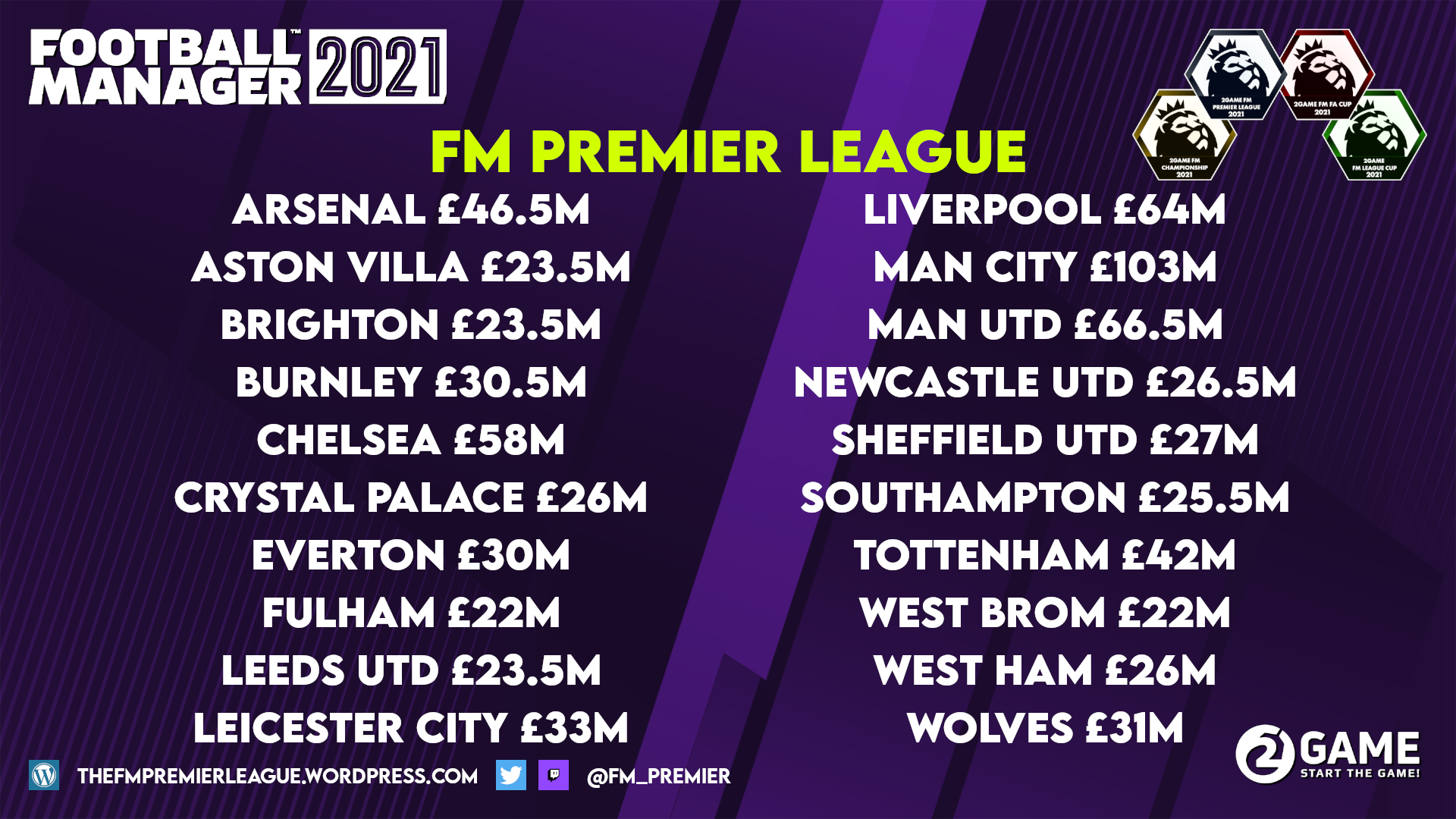 Even with a small transfer budget, I have been able to identify 15 targets. I should note that only 5 transfers will be allowed as per the 2Game FM Premier League rules.

I have always been one to look for players with versatility. Ajer is a player that I have admired for many years on Football Manager. A hard-tackling, monster in the air, Ajer can pick a pass and carry the ball out from defence. Someone that can play CB, DM and CM but also fill it at RB if required. My first priority with West Brom is to make the defensive structure more solid but have grounds for tactical flexibility hence the need for players with versatility.

I am able to buy 4 more players plus an additional FREE transfer if required. Join me tomorrow to find out if I get my second target!