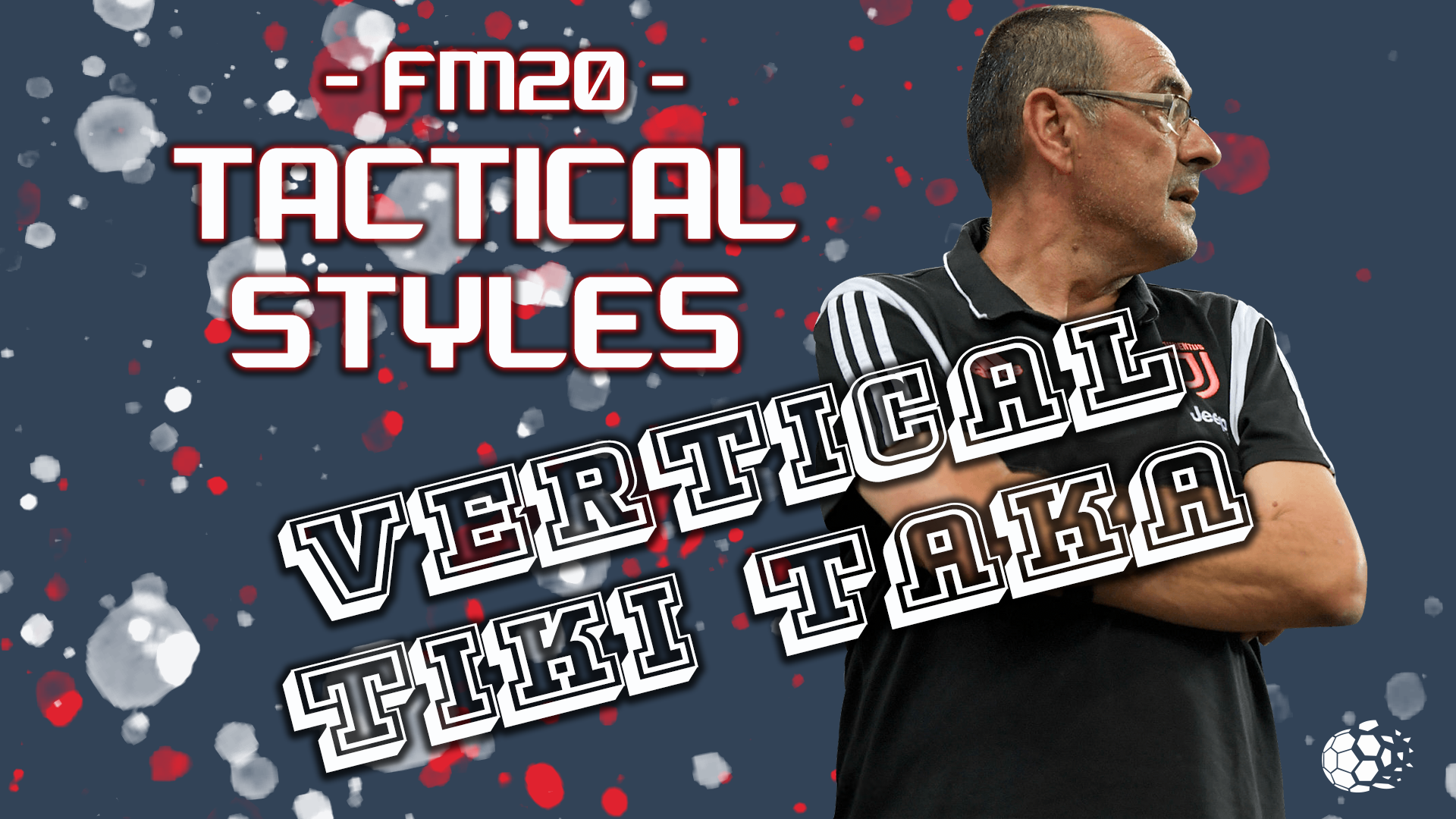 Football Manager 2020 comes with it a set of preset tactical styles. We've already had the Gegenpress article written by TheFM_Teacher. In this article, FM Stag analyses Vertical Tika Taka, a style possibly best known as a tactical hallmark of everyone’s favourite chain-smoking Italian, Maurizio Sarri and his ‘Sarri-ball.’

“A quick passing style of possession and movement, with a narrower, more direct approach than the standard Tiki Taka.”
Click to expand...

For reference, Tiki-Taka is defines by Football Manager as…

“Tiki Taka places the emphasis on short passing, extreme pressing and movement, waiting for space to open up as opponents lose focus. An extreme variant of the Control Possession style.”
Click to expand...

Vertical Tiki Taka is effectively focused on moving the ball up the pitch quickly when in possession, and pressing opponents closely and bravely when out of it. When compared to Pep Guardiola’s Tiki Taka, the main difference is an emphasis on passing the ball forward, rather than sideways. If Maurizio Sarri’s footballing philosophy is to be applied to the letter (he is a key proponent of the strategy), a steadfast commitment to the principles of the tactic need to be persevered with, regardless of the opposition’s strength or the match situation.

HOW DOES IT WORK?

Vertical tiki-taka is a possession-based style with plenty of short, quick passes but an emphasis on moving up the pitch quickly. In other words: "liquid football". 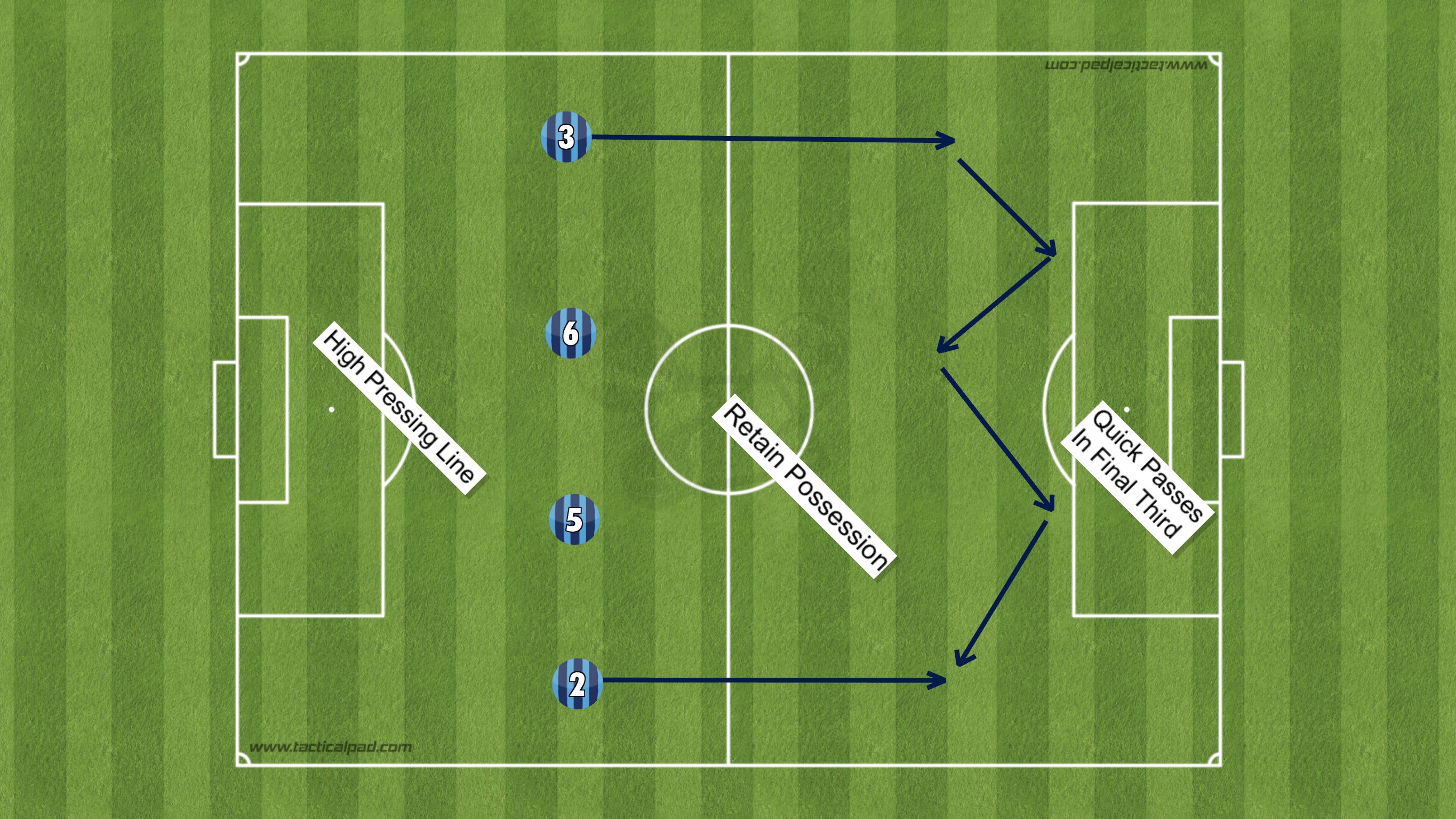 As above, the tactic relies heavily on defenders pushing high up the pitch, pressing opposition players bravely and aggressively. Players must retain possession, but with a focus on moving the ball vertically, towards the final third. Attacking players may interchange short passes in order to look for an opening.

As with any tactic with a high defensive line that focuses on passing, a goalkeeper and centre backs who are comfortable on the ball is key. The traditional number 6, or central defensive midfielder, is the key pivot in transitional phases. The forwards must keenly anticipate play quickly, in order to take advantage of any opportunity to push into space. 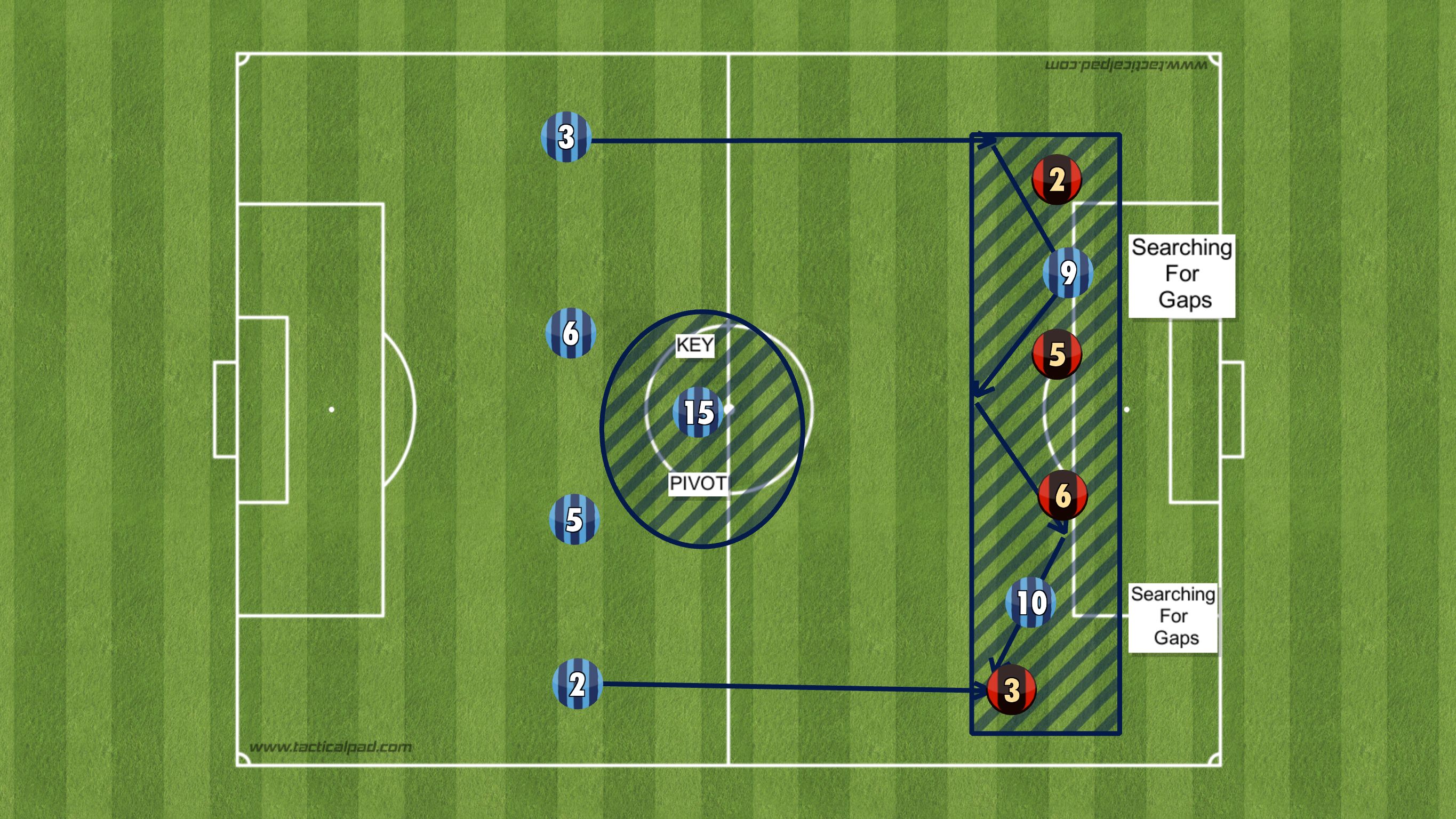 Jorginho fulfilled this ‘key pivot’ role for Maurizio Sarri at Napoli, and later at Chelsea.​
In a defensive phase, the central defensive midfielder (highlighted above) will interconnect with the two centre backs, to create a variety of passing triangles, keeping possession. The wingbacks are a wide option if playing against a high-pressure style (like Gegenpress, for example) and the centre backs can even push into the midfield or play a more direct pass towards the final third if the option is there.

The central midfielders ahead of the key man at DM, tend to shuttle between the boxes, with one pushing further forward than the other. A suitable mix could be a Carillero and an Advanced Playmaker, or a Ball Winning Midfielder alongside a Mezzala, perhaps. 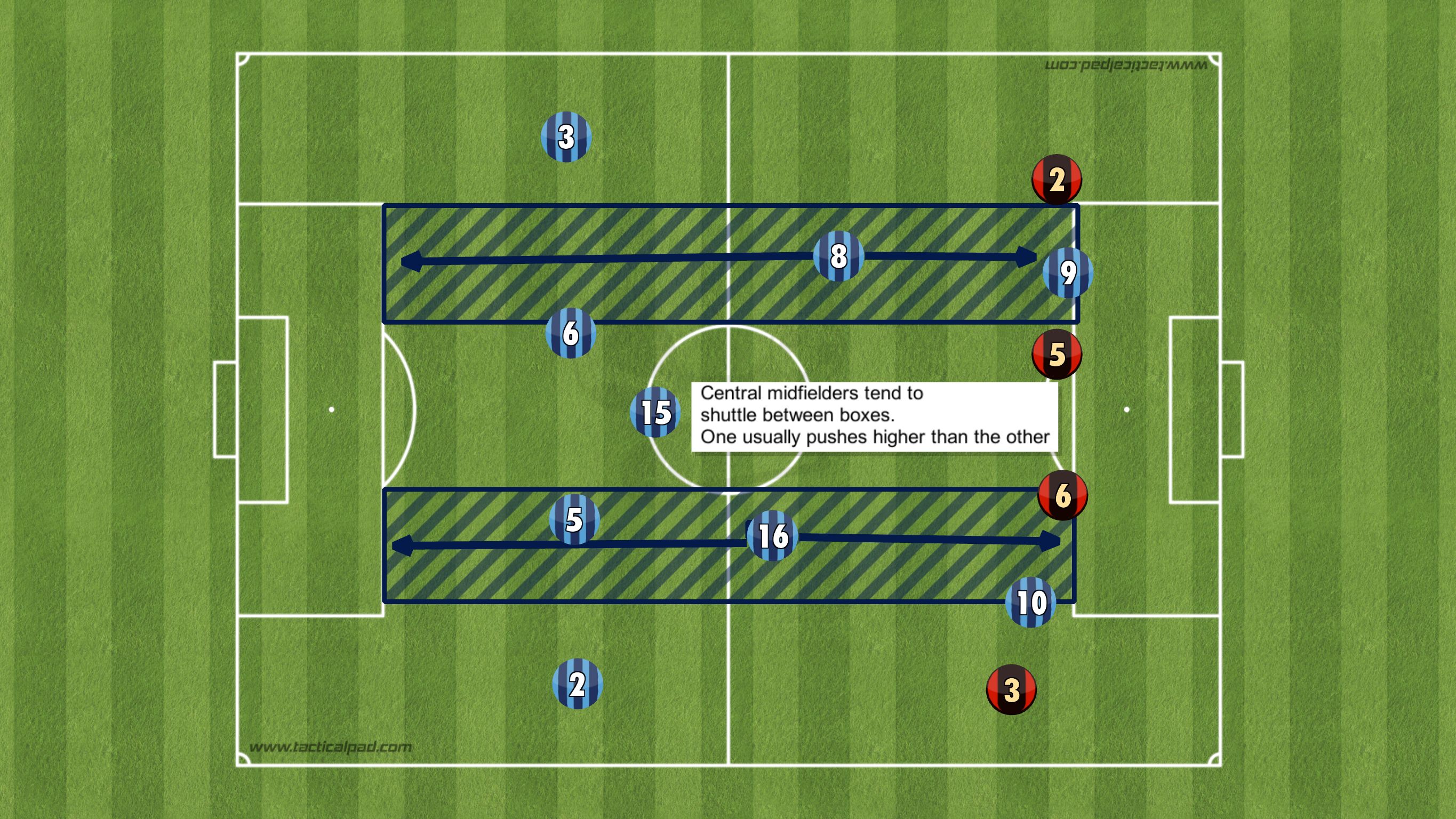 The attacking players (usually three, in a 4-3-3 layout) can be two wide players cutting inside and supporting a lone striker. Or two strikers (usually one who is comfortable dropping deeper while the other spearheads the attack) supported by a roaming AMC.

5-2-1-2 WB​
An interesting feature of Vertical Tiki Taka is that many different player roles can be used in this system. This is as long as you consider the players’ inter-dependent responsibilities and related movement.

Vertical Tiki Taka contains elements of Arrigo Sacchi, Johan Cruyff and Rinus Michaels’ influence historically. There are many wonderful articles and books written by highly knowledgable football tacticians on these three managerial icons. I would recommend you seek them out online.

To consider a contemporary combination of styles, see Maurizio Sarri’s Sarriball (of course), Pep Guardiola’s Tiki Taka and Jürgen Klopp’s Gegenpress.
There are many positives in this strategy. Teams can dominate possession of the ball, but simultaneously always be pushing forward towards the final third. Overloads can occur, especially when the shuttling central midfielders and wingbacks support the three most offensive players on the pitch.

Conversely, the Vertical Tiki Taka is vulnerable to quick counter-attacks (like all other high-pressing, high line strategies), and requires players with great natural fitness and stamina due to the intensity of movement. This can lead to players tiring earlier in the match than you would like, physically and mentally drained by the constant anticipation of the next pass and the commitment to looking for space.

‘Transfers Calcio’ on Twitter posted a wonderful example of Vertical Tiki Taka in action. You can see the precise passing, constant movement, key pivot DM dropping deep, and the increasing pace of play and directness as the team approach the final third.#

We've mentioned it before, we'll be using TacticalPad in future articles. We've used it in this article to show vertical tiki-taka's movement and passing lanes.
About author

Awesome Stuff!
You must log in or register to reply here.