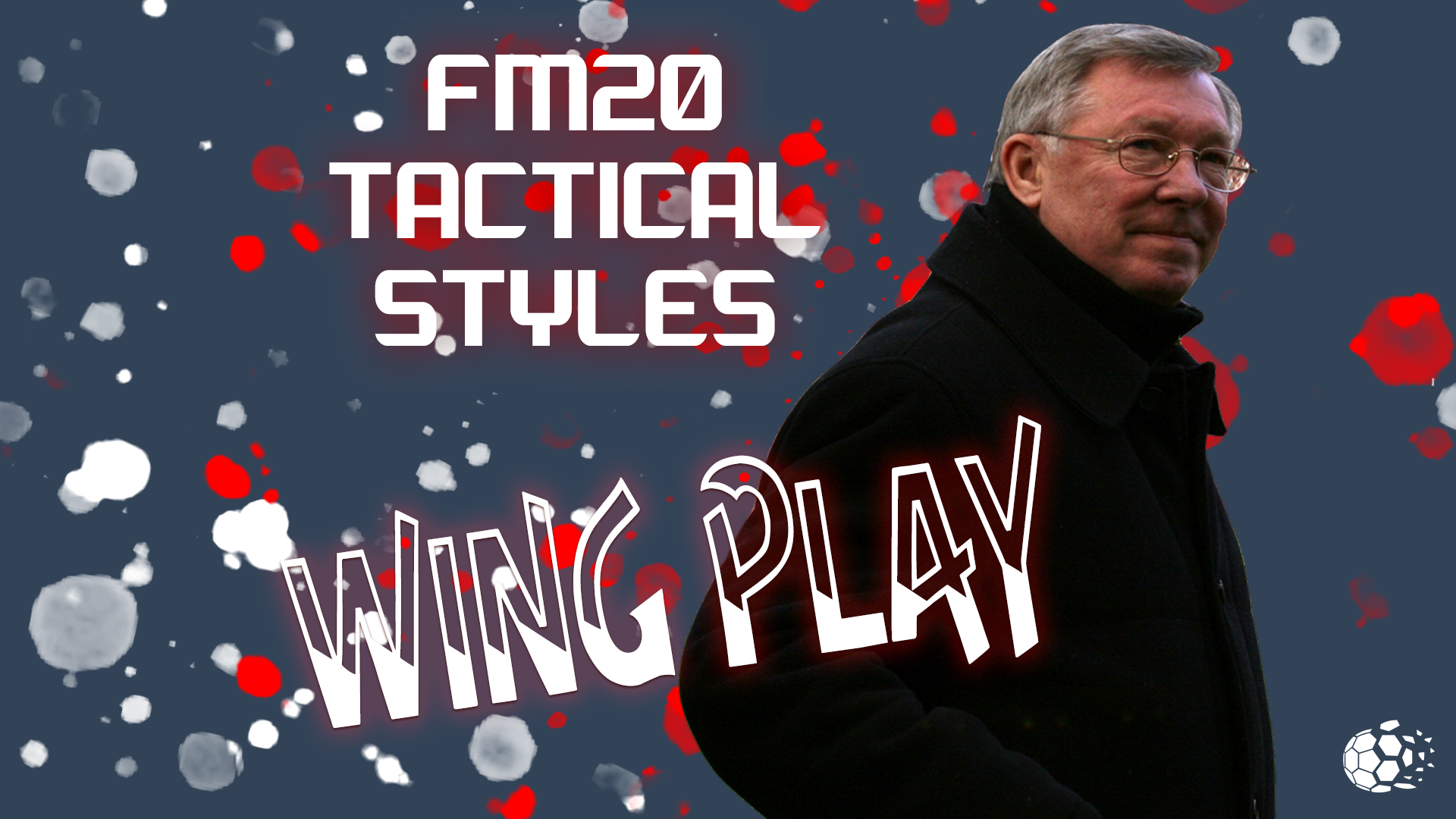 In another addition to our Football Manager tactical styles articles, here we look at wing play.

Be sure to check out our other tactical styles articles by clicking below
Possibly the most famous manager to use this style and dominate is the legendary Sir Alex Ferguson with his use of 4-4-2. Is now the time to mention Mike Bassett? No, let’s move on then.

4-4-2 is the traditional formation of the English game, epitomised by Sir Alex Ferguson’s treble-winning Manchester United side of 1998/9. Consisting of the likes of David Beckham and Ryan Giggs controlling the wings the forefront of this article. The 4-4-2 used by Ferguson was used by himself for much of his career an guided Manchester United to great success.

Most teams in the Premier League played two strikers until the arrival of José Mourinho. Playing Drogba as a long striker Allowed for the addition of another player, the defensive midfielder

A more recent success story involving 4-4-2 would be Leicester’s against the odds Premier League winning side in 2015/16. N’golo Kante and Danny Drinkwater both plying defensive position to protect their defence while facing up to three midfielders in most games. Playing with two solid banks of four and two upfront Is something that is rarely used n modern football.

In modern football, the traditional 4-4-2 is rarely used. This is down to the emergence of specialist defensive midfielders and a number 10 playing behind a lone striker, which many managers like to utilise in modern football.

“Players will look to get the ball out wide as early as possible, while full-backs will look to overlap and exploit the wide areas. Once the ball is out wide, the main focus will be to cross the ball into the box"
Click to expand...

Wing Play features a focus on width as the ball is spread as quickly as possible to the touchline, with full-backs busting a gut to overlap and offer an offensive outlet. Pacey wingers that can offer a handy ball into the box are just as essential as the tall strikers capable of converting them.

In order for wing play to work, you’ll need to have wingers that possess great crossing ability preferably with the player preferred moves of looks to get quality crosses into the box and overloads the wide areas. Your strikers will need to have good heading to get on the end of the barrage of crosses coming into the box. Instruct your players to focus play down the flanks, and ask your full-backs or wing-backs to overlap to create two-on-one situations. Make sure you have wingers and full-backs with good numbers in crossing, dribbling, stamina, acceleration, agility, and technique.

The chief benefit of the 4-4-2 lies its simplicity due to its ability to provide both a solid defensive and attacking structure with players having clearly defined roles. The danger, for your opposition, lies in 4-4-2's striker partnership. The common example of this involves having one tall striker and one small striker; where the big striker acts as the target man for long balls and crosses, ready to knock the ball behind the defence or down to the smaller strike partner to get on the end of.

As shown in the image below using TacticaPad, the two lines for four covering the defence and the midfield as well as the big-small striker combination. If the defence pushes up high with the midfield, the opposition could be penned into their own half. With the ball, there are always options out wide with both wingers and full backs hugging the sideline to stretch the play. 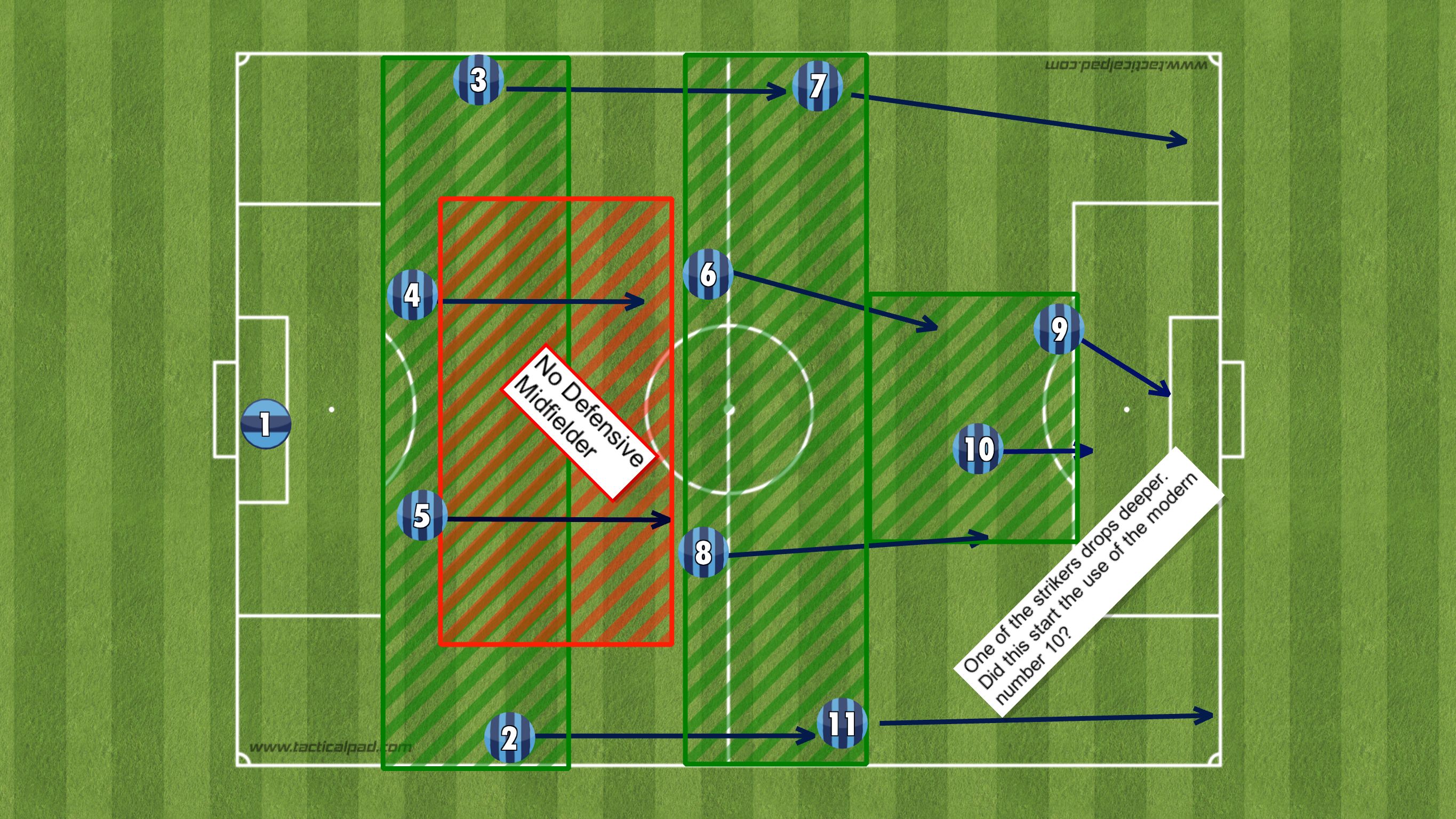 ​
With the wingers preferring to play out on sidelines of the pitch, the central midfielders can quickly become isolated against teams with more central midfielders allowing them to find pockets of space in between the lines as shown by the yellow circles in the image below. We'll look into pockets of space, player role area of influence with the introduction of the Tactical Atlas which we're also working with FM Stag for a future release.

A well-disciplined team will compress the space between defence and midfield. A poorly organised 4-4-2 can leave huge amounts of space in front of the defence and if the midfield cannot close down the passing lanes, teams can be ripped apart by opposition players lurking in those spaces. With wingers preferring to play out by the sidelines of the pitch, the central midfielders can quickly be isolated against teams playing three or even four central midfielders. It could have been this that saw the use of defensive midfielder or more defensive-minded midfielders as there is a gap between the defence and midfield, shown in the image above within the red square, which could easily be plugged by a defensive-minded midfielder.

With the wingers preferring to play out on sidelines of the pitch, the central midfielders can quickly become isolated against teams with more central midfielders allowing them to find pockets of space in between the lines as shown by the yellow circles in the image below. Essentially, on Football Manager you'll have to find the middle ground between the defensive line and the attacking line of engagement. 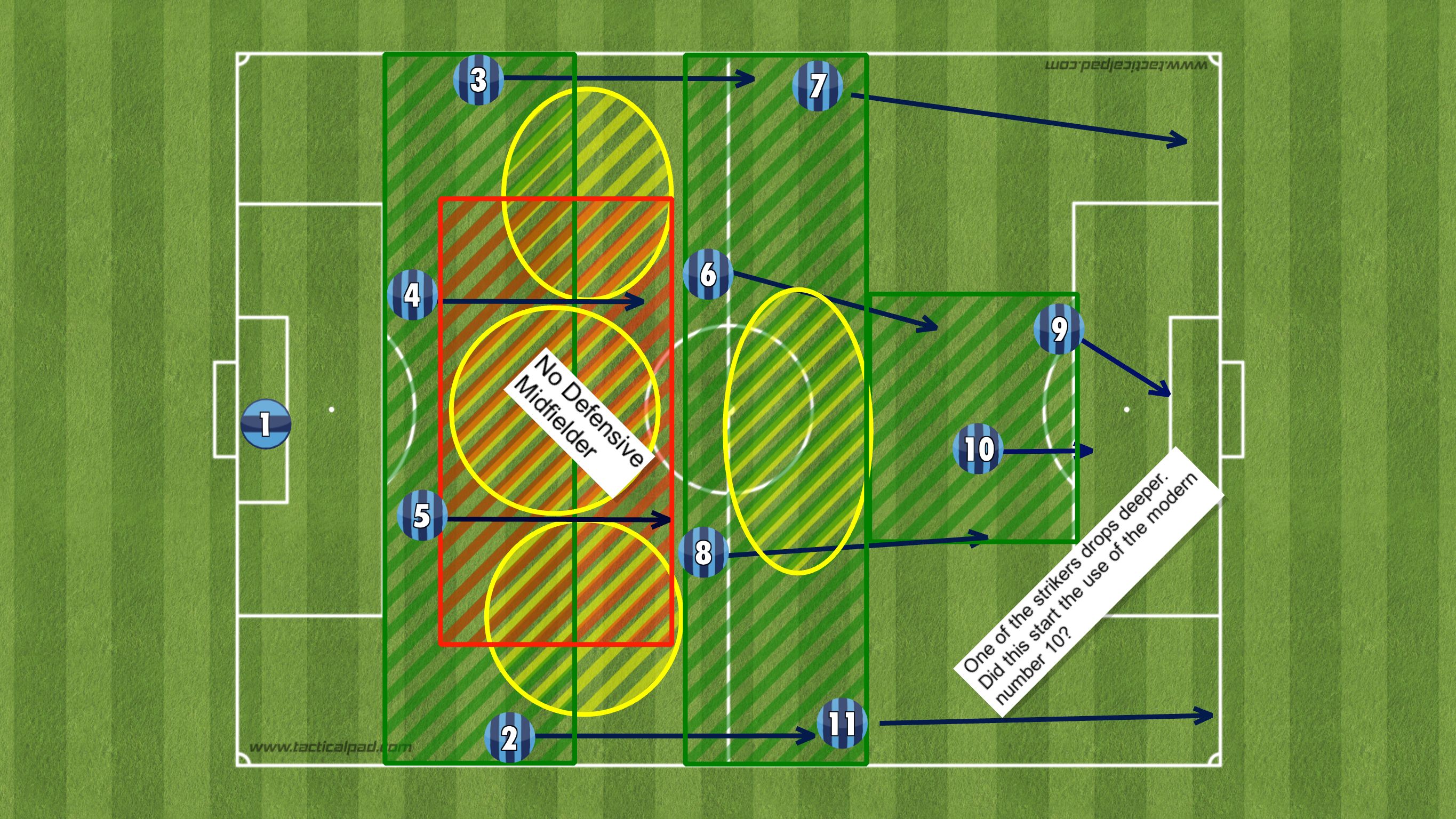 ​
In many ways, the 4-4-2 formation potentially paved the way for more modern tactics with more specified player roles. To plug the gaps, whilst 4-4-2 is still a formation that can be used in modern football, wing play formations have adapted to include modern-day player roles that plug gaps in both attacking and defensive areas. See below for the list of recommended tactics on Football Manager.

Summary
Wing play whilst coming from the synonymous 4-4-2 formation has formed the basis of tactical adaptation. Wing play, like all of the tactical styles available on Football Manager, can be adopted in many ways. Essentially, if you possess winger that can cross and work in tandem with their full-backs, two hard-working cohesive strikers, and a central midfielder core that can work based on their positioning you'll have the making of an excellent tactical setup.

Is The Traditional 4-4-2 Formation Outdated In Modern Football? - Pundit Arena

Over recent years, Premier League managers have developed a reluctance to play two strikers in a 4-4

The 4-4-2 is the most played formation in today's soccer, at least in terms of performance. In general soccer, the 4-4-2 in much less common in practical use as too many people are afraid of the back-four and coaches and players alike feel more comfortable with a sweeper.
www.soccerpilot.com 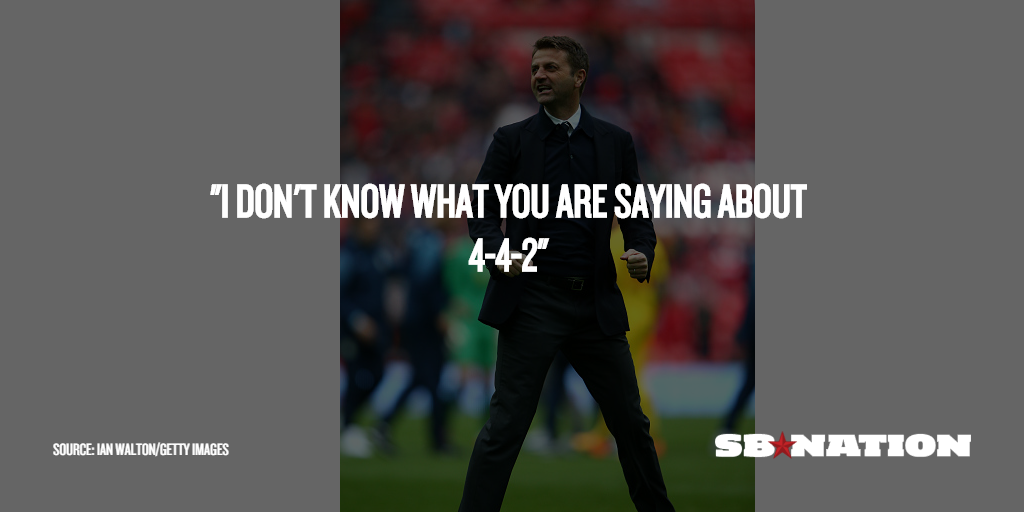 4-4-2, the most beloved and controversial of all football formations. The solid, sensible option or a dinosaur in the age of tiki-taka? Read on for the basic guide to the classic formation.