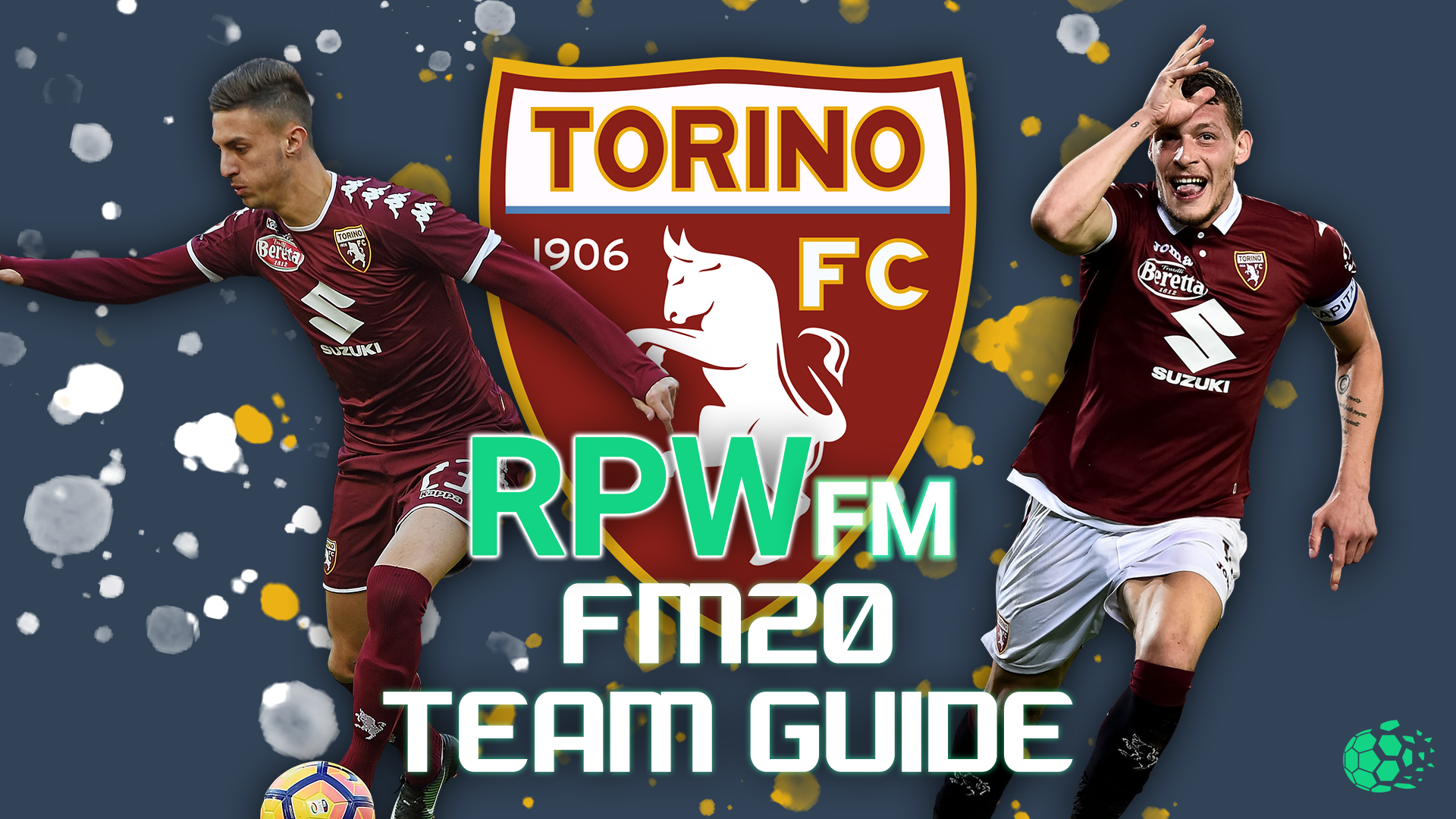 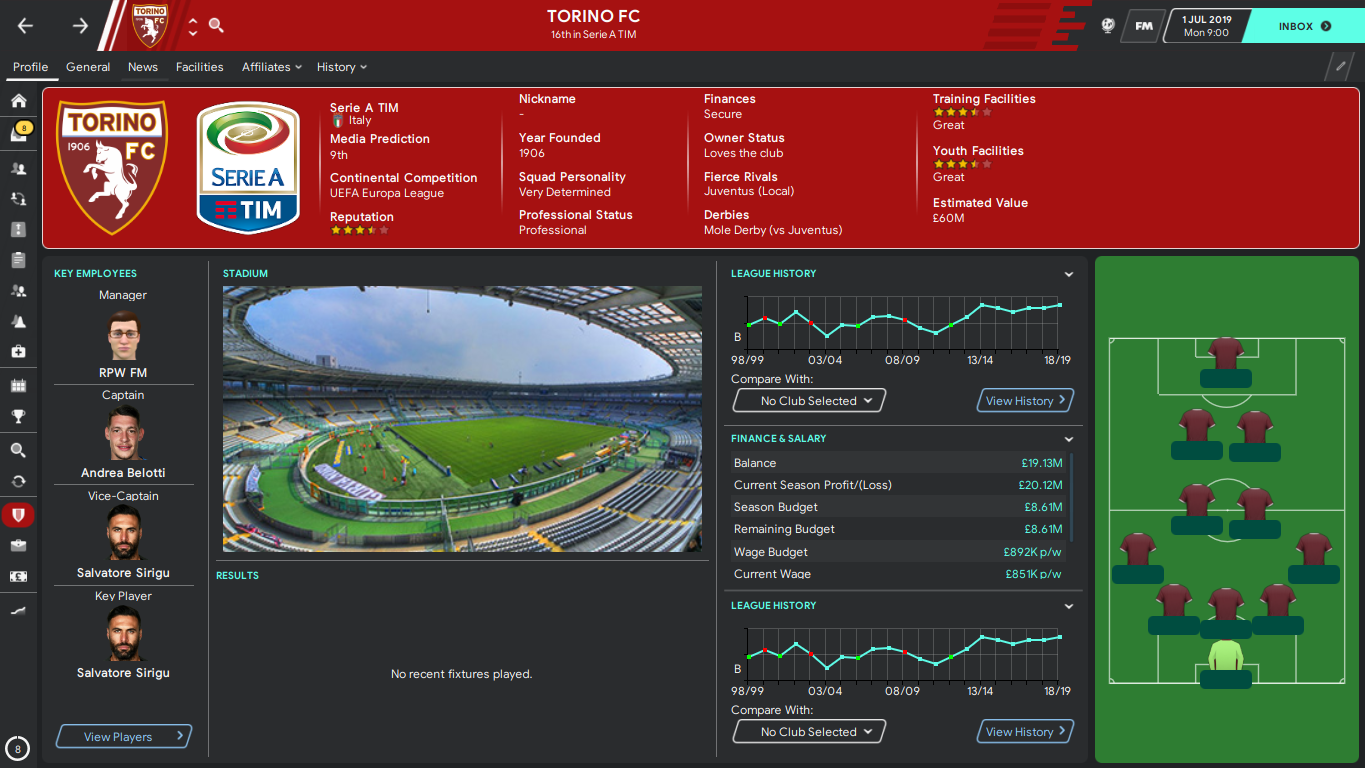 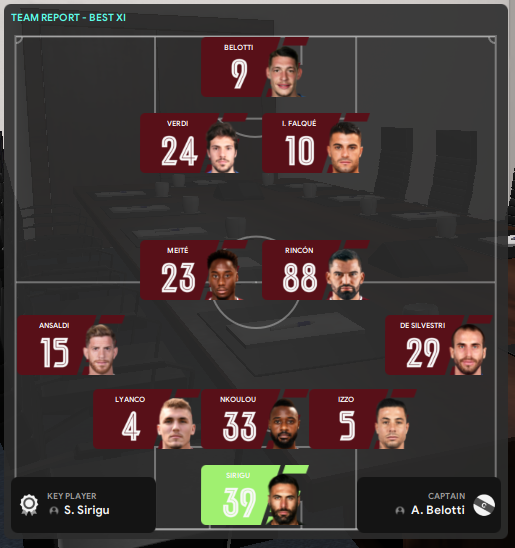 Established in 1906, Torino Football Club is a professional football club based in the Piedmontese region of Italy in the city of Turin. In the past, Torino (which bear the nickname Il Toro or The Bull) has been a club that has faced many trials and tribulations throughout its history. Traditionally floating between Serie A and Serie B in Italy, Torino is a club that had most of their successes during the glory days of the 1940s; where the legendary 'Grande Torino' side won five successive Scudetti.

Despite this, Il Toro has also suffered great tragedy in the past, with the 'Grande Torino' super-squad tragically dying in the infamous Superga air disaster in 1949, as well as countless seasons flitting between Serie A and Serie B. However, since 2011 Torino have been on the rise; winning promotion from Serie B in 2012 before consistently improving season upon season, with the crowning achievements being Europa League football in the 2014/15 and 2018/19 seasons.

The club plays at the Stadio Olimpico Grande Torino, a 27,985 capacity stadium in Santa Rita, Turin. In recent years, Torino has had a penchant for having very good strikers: the likes of Andrea Belotti and Ciro Immobile have been immediate successes in the marrone of Il Toro. Torino has a bitter and historic rivalry with arguably one of the most successful Italian club sides in Juventus (or as they are known on this game, Zebre) in the Derby della Mole.

Urbano Cairo’s expectations of your first season are challenging but achievable: you start the season in the 'Best Placed Second Qualifying Round' of the Europa League, and all the board expect are for you to reach the fourth qualifying round and qualify for the Europa League again next year (achieved by finishing 5th, 6th or 7th in Serie A). Although it is not expected for you to go far in Europe, the cup run could certainly generate more finances to the current transfer and wage budgets of €8.6m and €892k respectively.

In traditional, stereotypical Italian style, the board expect you to play 'defensively solid' football, in what seems to best suit a 5-2-2-1 formation. At the start of the season, the media journos can unfortunately only see Torino achieving a 9th place finish, missing out on the Europa League football the board expects. As it stands right now IRL, Il Toro sits in 12th place in Serie A under ex-Watford manager Walter Mazzari's control. Can you go one step further and prove to the board that you can do better, and possibly even upset the applecart in Turin?

One to Watch – Salvatore Sirigu (GK) 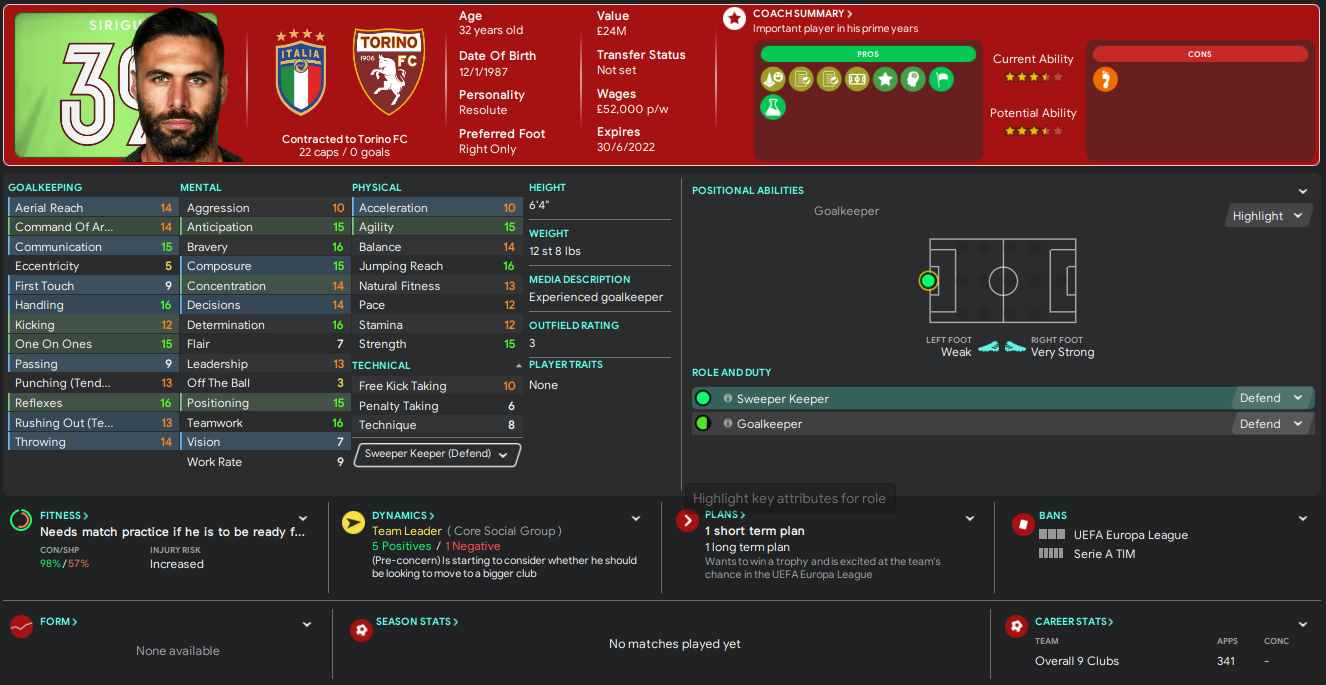 An exceptional choice in goal is Salvatore Sirigu. The ex-PSG 'keeper and Italian international is just reaching his prime years as a goalkeeper. The 32-year-old has kept 5 clean sheets in 20 games so far this season IRL; a statistic that can definitely be improved upon.

One to Watch – Andrea Belotti (ST) 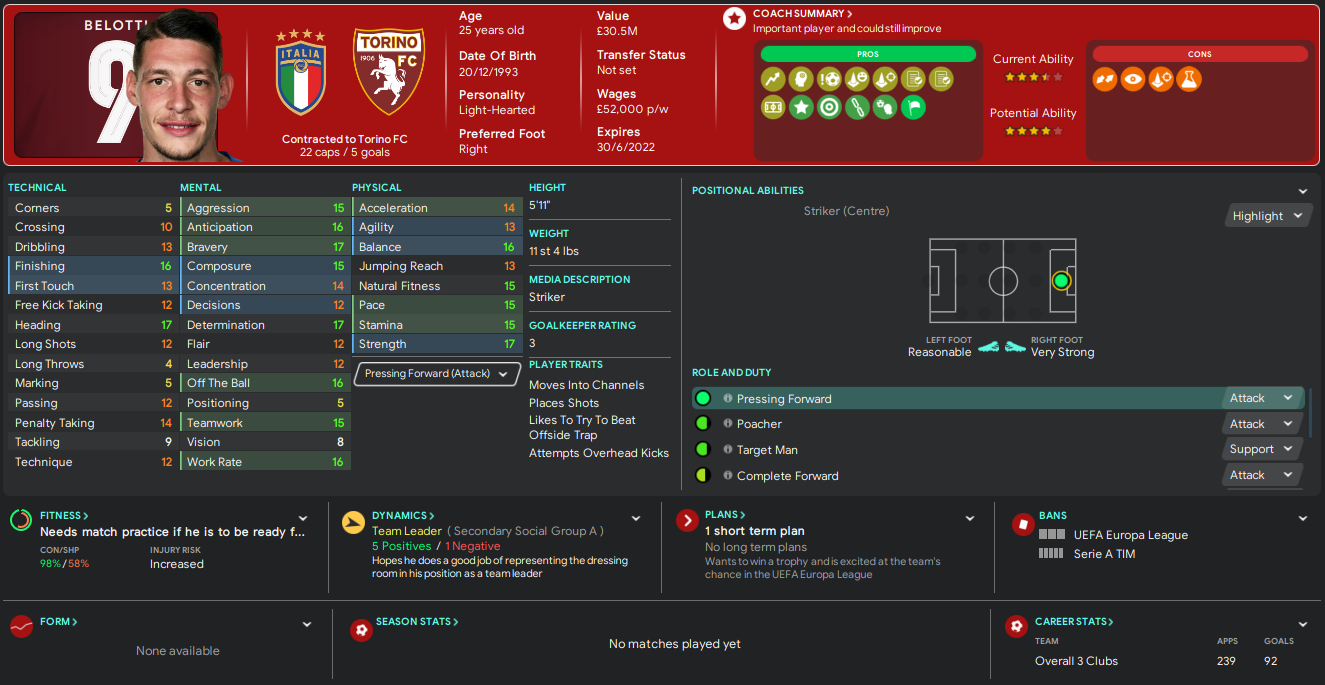 Il Capitano Andrea Belotti is a superb option up front for Torino. Having spent many years as the subject of rumours of a move to a Premier League big-boy, Torino has managed to keep hold of their excellent marksman who has scored double figures in his last 4 seasons (and has already hit 9 this season, at the time of writing).

One to Watch – Armando Izzo (CB) 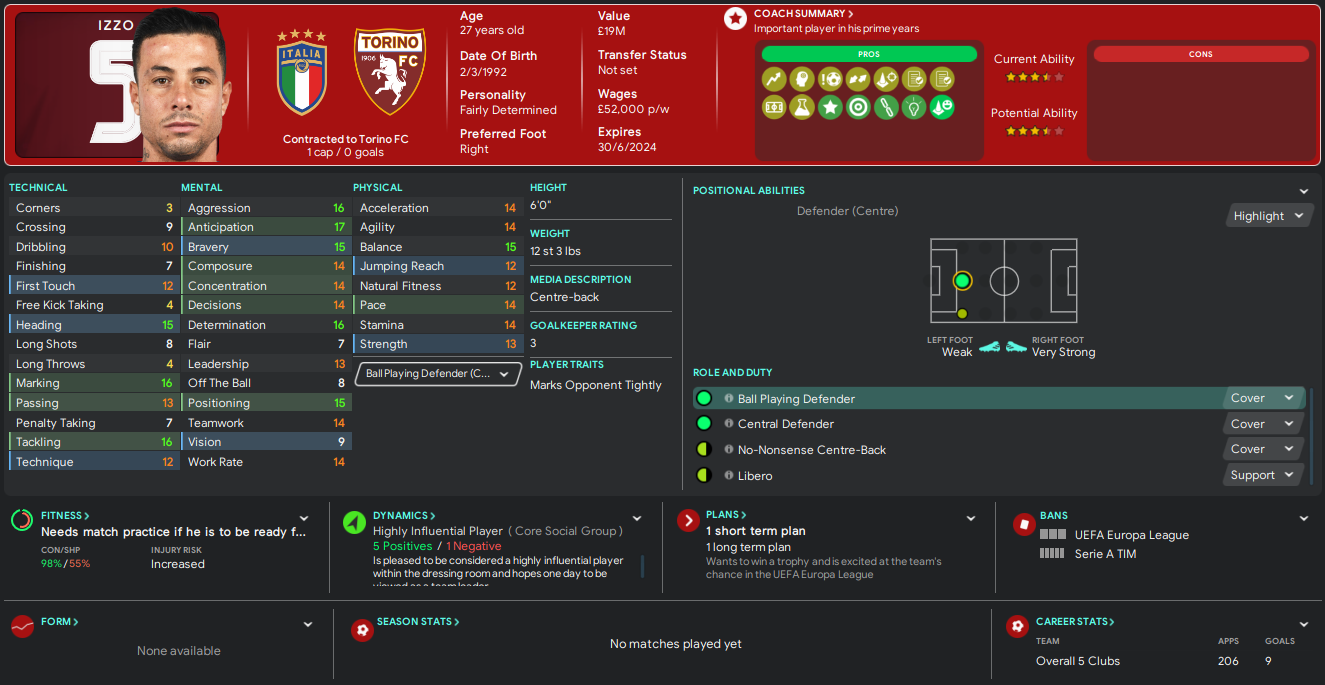 Of the four or five potential options Il Toro has to marshall the defence, Armando Izzo is the best option. A natural ball-playing defender, Izzo is as adept at putting a well-timed challenge in as he is at playing out from the back. Popping up with 4 goals last season, the once-capped Italian international can also be a threat in attack as well. 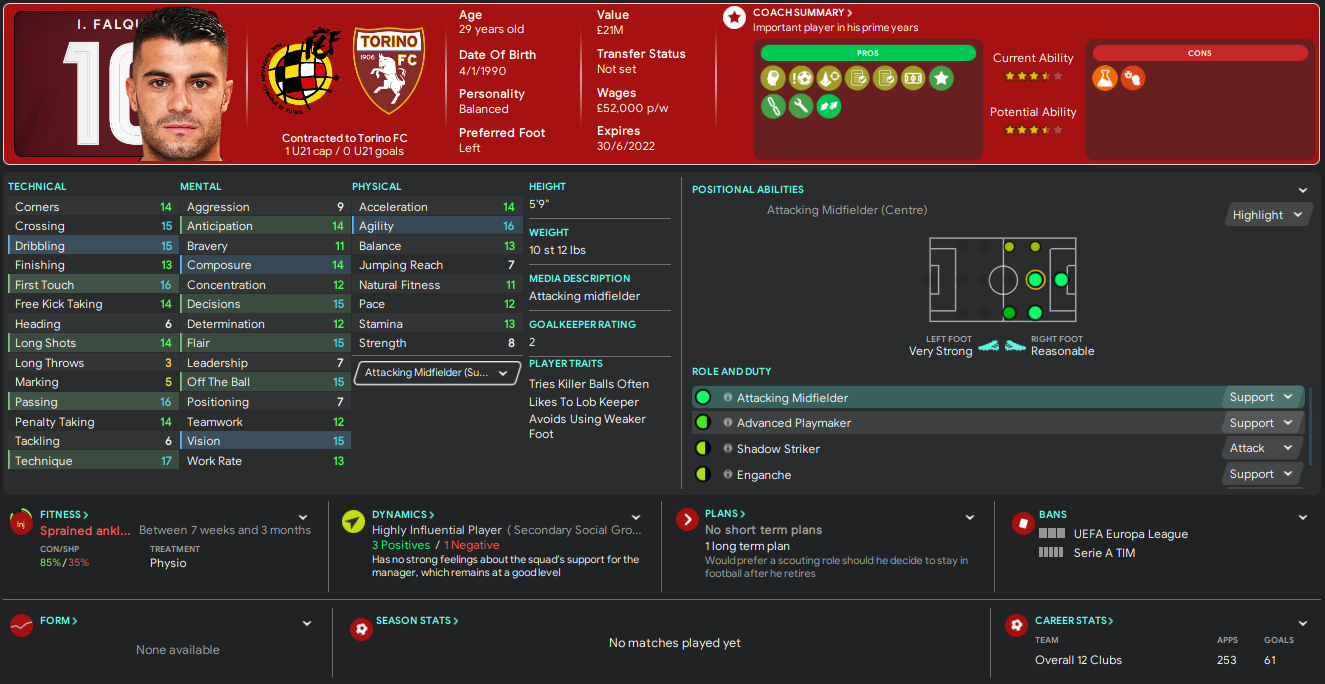 A product of Barcelona's La Masia academy, Iago Falque is a 29-year-old Spanish attacking midfielder who is a natural fit to play behind Belotti or Zaza. Falque has incredible flair and creativity by the bag full, but unfortunately, you will find yourself without the Spanish wizard for at least three months, as he is suffering from pulled ankle ligaments when you start your save.

One for the Future – Vincenzo Millico (ST) 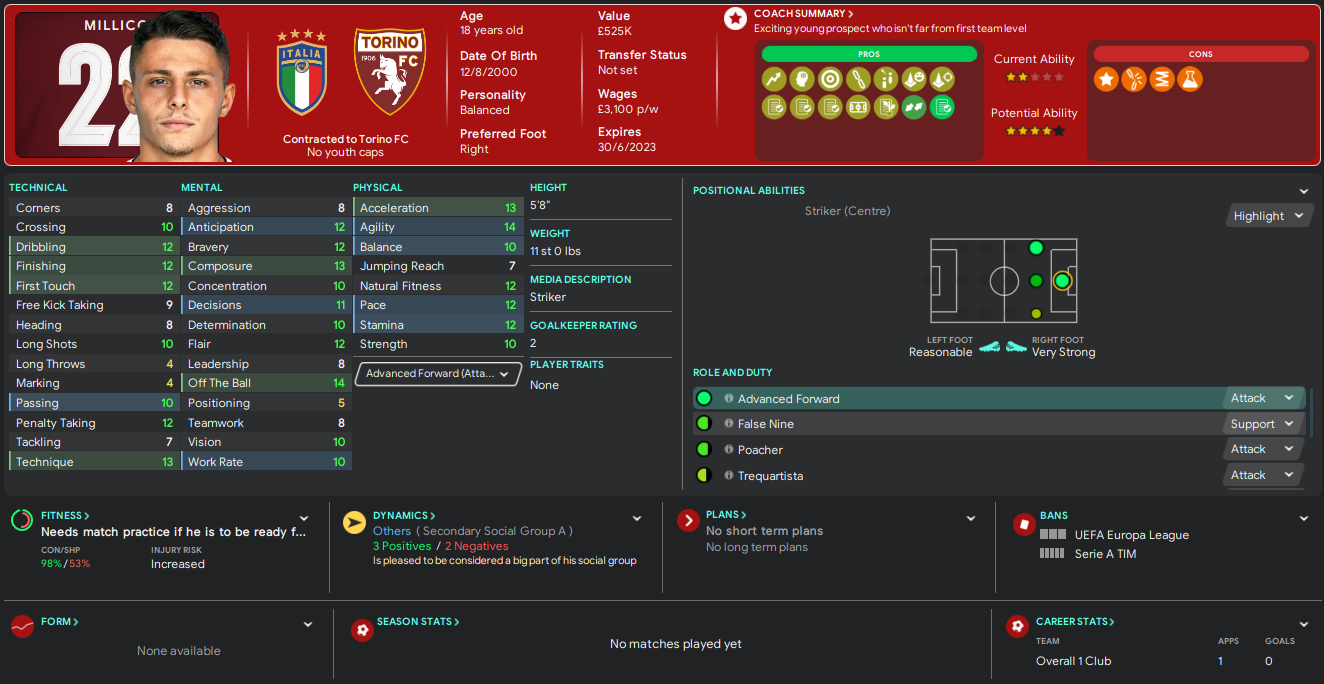 18-year-old Torino youth product Vincenzo Millico made his Serie A debut last year and looks to be one of the most talented youngsters in Turin. A striker of a different mould to the pressing forward nature of Belotti, Millico is more adept at using his 5'8" build to run off the shoulder of the last defender and take advantage of lucrative chances.

One for the Future – Ivan Michelotti (LB/CB) 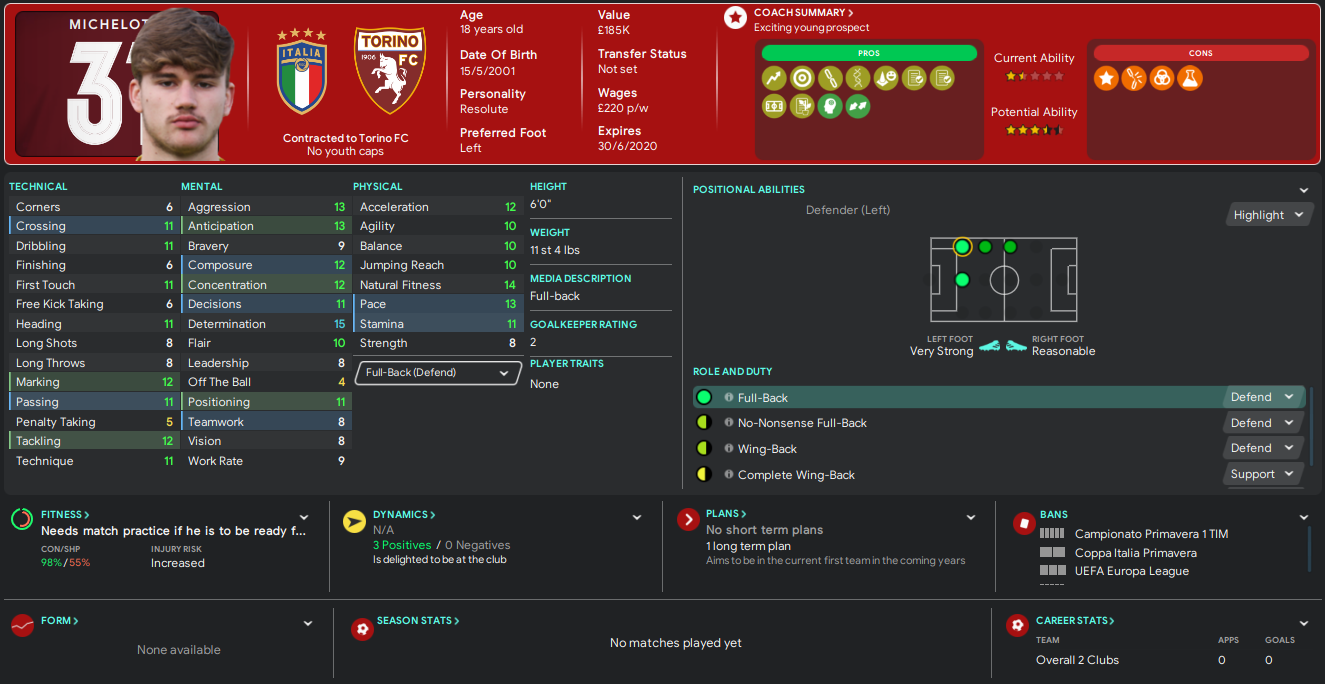 A versatile young defender that is equally as talented at left-back as he is at centre-back, Ivan Michelotti is a Chievo youth product that looks to have a lot of potential. Already possessing excellent attributes at such a tender age, you can expect some of the 'bigger' Italian clubs to come sniffing around for another future superstar. 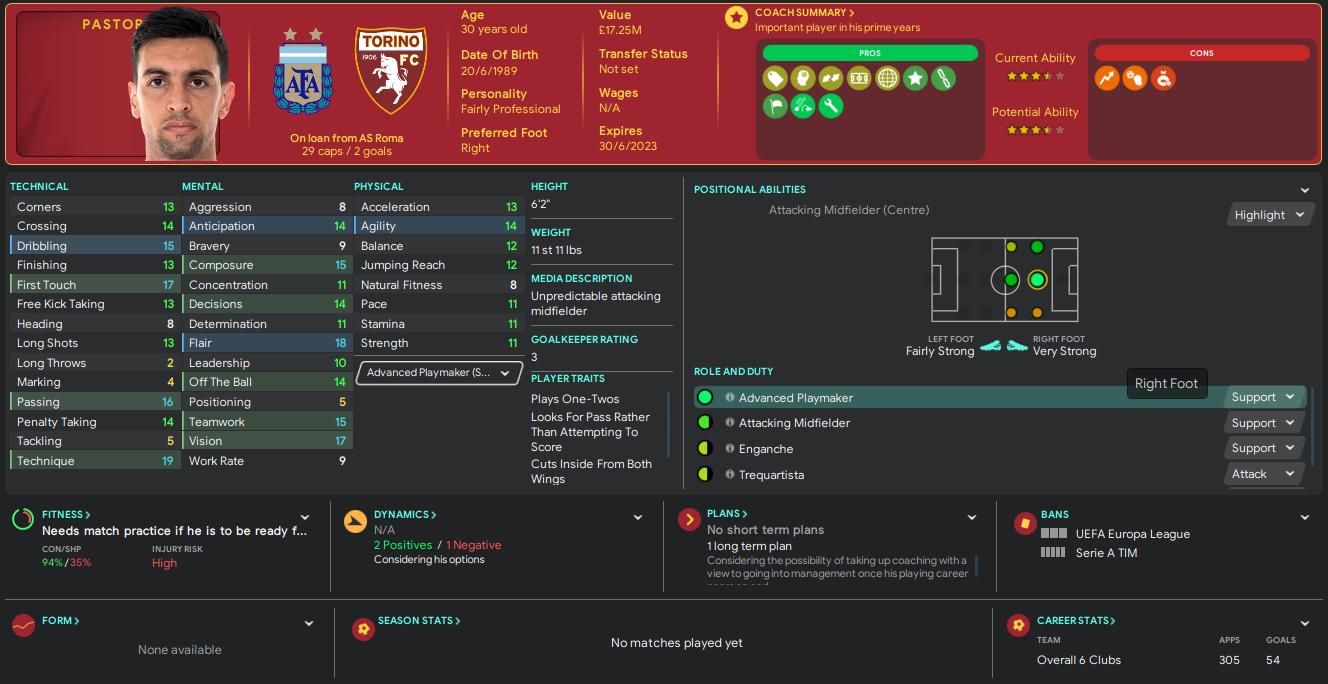 For a potential short-term fix to the lack of depth in the attacking midfield position, Javier Pastore might be your man. Having only joined Roma from PSG in 2018, the Giallorossi are already looking to offload the Argentine international. You can expect to pay at least €83,000k per week of the talented midfielder's wages, and there will even be the option of a transfer clause of €15.5m should you decide to make the transfer permanent. 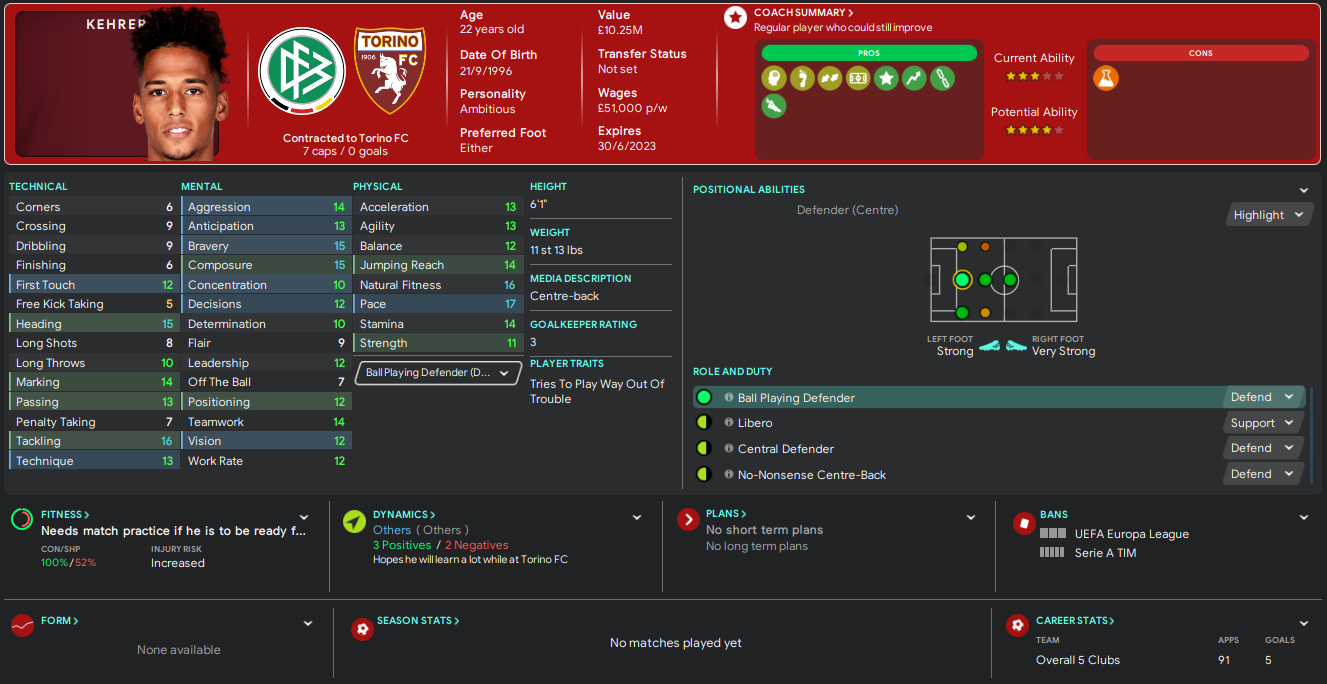 A player that I am surprised to see available on the transfer list at the start of the save, the 6'1" seven-time German international is a very talented player and is listed at just €4.6m. At only 22, Kehrer still has a lot of growing and potential to do; therefore I think that PSG may regret selling him when you see how much of a success he could be! 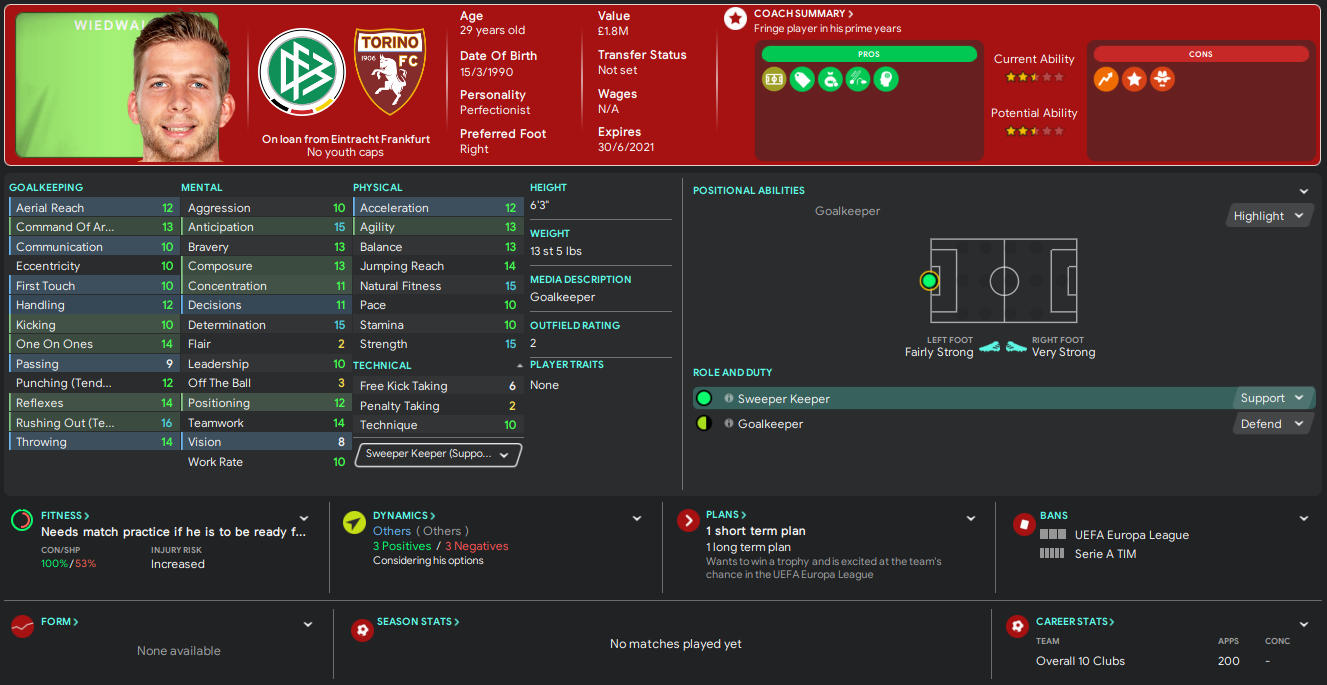 The second of two Germans on this list, Felix Wiedwald is the perfect short-term fix to act as a backup to Sirigu until the end of your first season. 29-year-old Wiedwald is transfer listed for €1.6m but isn't quite good enough to challenge your first choice 'keeper. Therefore, I would recommend making an offer to loan the German shot-stopper for only €1.3k a week in wages as well as a playing fee per month of €160k.

So, can you take the reigns of Il Toro and keep them moving in an upward direction? Can you stop the Juventus monopoly of Turin and Serie A? If so, take on the challenge of taking Torino as far as you possibly can!

If you fancy reading more about my personal FM20 save with Plymouth Argyle, you can find my blog updates at rpwfm.com or follow me on Twitter at @RPWFM.

You can catch up with my Football Manager journey over at my blog rpwfm.com and follow me on Twitter here.