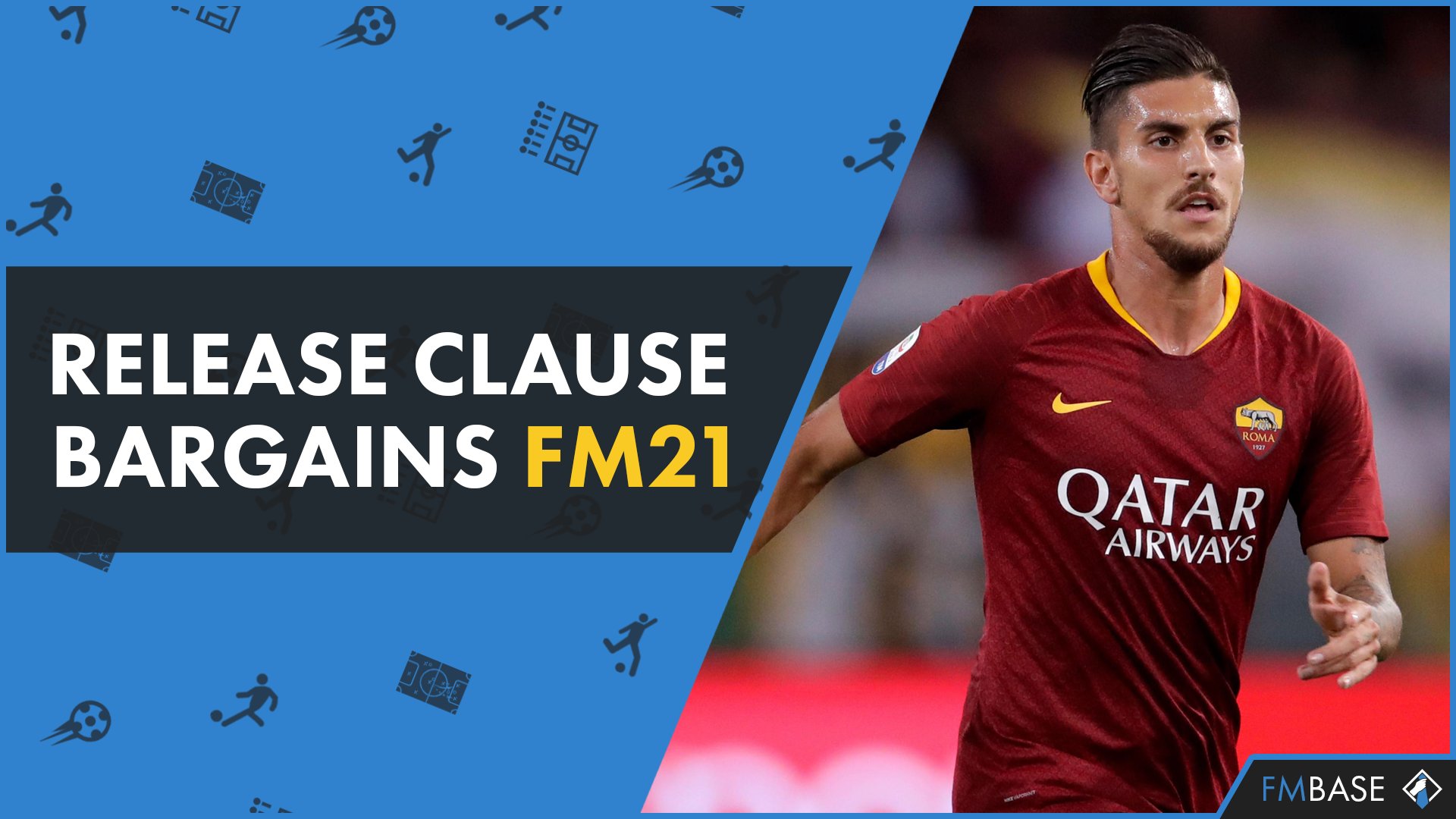 Who doesn't love a good bargain? In this article, we have a look at some of the FM21 best release clauses you can grab. These are the best Football Manager 2021 release clause players to help boost your squad on the cheap. Finding value in the transfer market is a hard task, but there are bargains if you look below.

​
Just look at those attributes! Should you buy Pellegrini you'll be getting an all-round player that could slot straight into central midfield. Valued as £19m you'd think that he'd cost a hefty amount. You'd be wrong, his release clause is only £27.5M for the clubs that have the transfer budget, this would be one of those players that would be a fantastic buy as his value will only get higher!

Here is a very good example of the Portuguese valuations being low but have a release clause that is way above the player's valuation. However with Vieira although his release clause is much higher than his valuation you'd be getting a player that has comfortable room for additional development. He is only 20-years-old and could quite easily slot in as either a starter or a rotation player for many top tier teams. His release clause is £ 27.5m which for a player of this quality could be a bargain with the potential resale value.

Goalkeepers are hard to come by, even in real life. If you are looking for a Goalkeeper with great experience then look no further than Rulli from Villarreal. He will cost you £31m but you'd be getting a Goalkeeper that has the best years of his career left.

Another youngster, coming from Mexico it is only natural that his technique attribute is high. If you're needing a youngster that can play on both wings then Lainez could be the player for you. He has got plenty of room for further development. His release clause is £20m but for that money, you'd be getting a player that with the right training could be a key player for many clubs.

A release bargain list would not be possible without including someone from one of the best academies in world football. FC Barcelona has an abundance of talent coming through and Nicolas (shortened to Nico in-game) fits that model. Only 18-years-old he looks to have a bright future, he possesses all the attributes of a player comfortable in a tiki-taka style of play - passing, first touch, vision, decision making, technique. Considered a wonderkid on the game, he will only cost you £5.5m!

You'll have to wait to sign this player but it would be well worth the wait. Currently on loan at Granada Perez is a top-quality CB that has room for development. He will cost you £37.5m when his loan expires but for that money you'd be getting someone that could easily be a starting CB.

What to find out about more release clause bargains? Go and watch the following video from our very own JamieKingFM