So, what is The Tactical Atlas? 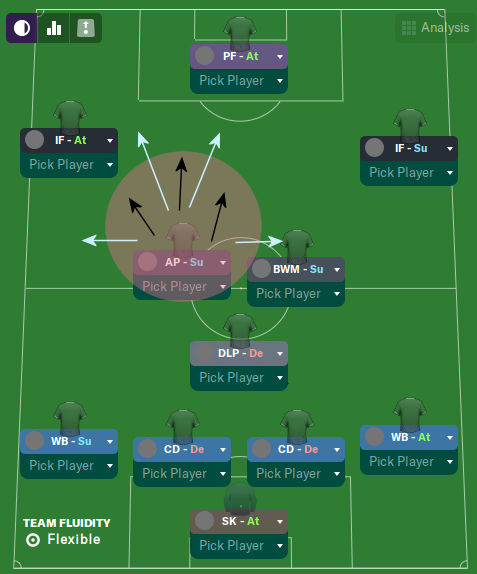 Tactical Atlas is a collaboration work between FM Stag and FM Base's Head of Written Content, The FM Teacher. The content will involve both content creators looking at the player roles available on Football Manager, breaking them down into how the role affects a player's area of influence, passing directions and movement directions - these we will explain later.

As previously mentioned, we'll be planning on doing as shown in the image to all the roles available on Football Manager. The long-term plan for this project is to show the player role works graphically using the FM Base web developer - all this to be revealed at a later date.

Eventually, we hope to be able to use this tool to support the development of tactics and help Football Manager gamers understand how player roles, individual player instructions, team's tactical mentality, team's tactical instructions (In Possession, In Transition and Out of Possession) affects how tactics are developed and how they can be analysed using both tools available on Football Manager and tactical knowhow using this tool.
Reactions: Tailz, wolbeas and t0tten123
About author

Hola.....
Esperamos el desarrollo de esta guía......
You must log in or register to reply here.