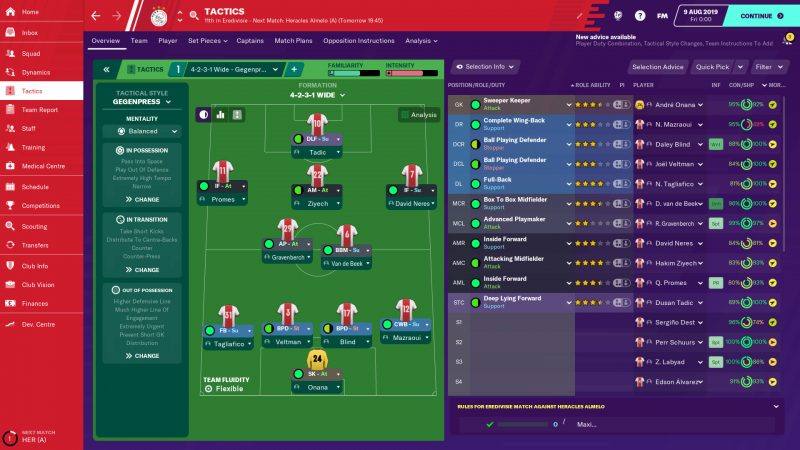 Football Manager is more than just a game to some people. Not only does it take up hours of our lives as we scour the market for a bargain or look to unearth a gem from an obscure division, but it can also result in a change of habits and the need to lie to ourselves on occasions. After all, the game can throw up numerous surprises, which can result in a change of tack and a potential period of dishonesty.

Manchester City are walking the Premier League with their ridiculously huge playing budget, you say? Well, why not just take them over for a few days, sell the Citizens a few of your reserve fodder for a hundred-odd million or so, resign, and then return to your club as nothing has ever happened. Nobody will know, will they? It’s hardly like Football Manager has a VAR-like tool that flags up any foul behaviour in your particular game, much like this article by Warren Ashurst on the biggest VAR controversies in the English Premier League does. We’ve all been there at some point in our Football Manager careers. You’re lying to yourself if you haven’t.

With that in mind, here is a look at some of the classic lies Football Manager players have told themselves over the years.

You can’t really do that unless you’ve cheated massively, can you? Not only would a non-league minnow be offering minuscule transfer budgets and wages, but the talent pool of players is limited too. Unless you find yourself on the receiving end of foreign investment and new plans for a 50,000 seater stadium, then you’ll probably never take Eastleigh to the Premier League, let alone a Champions League final.

Turning down a friend’s birthday or refusing to leave the house all weekend so you can secure survival is justified by the thought of saving money. In fact, a number of players have spoken about how they felt they were holding onto their precious pennies by having a mammoth session of the game. Not only can time fly when you’re in a tense promotion race, but you can find yourself eating less, drinking less, going out less, and ultimately saving more. In reality, though, you’ve lost your way a bit, but you’re refusing to admit it.

Until you’re about to throw away the title and the option of exiting the match without saving the game appeals massively. It’s fine, just do it.


"I just want to see how the summer transfer window goes”

Whether you’re targeting wonderkid Rafael Carioca to rescue your hopeless midfield or you’re somehow hoping to offload your deadwood for megabucks, the summer period in Football Manager can be a confusing time for players. Lies will certainly surface, too, as you try to convince yourself that you’ll be given a competitive transfer budget only to know deep down that you’re fighting a lost cause with a club lacking in ambition and the tools needed for you to take them to the next level. You’ll carry on playing, though, won’t you?

“Just one more match, I promise.”

Dinner might be ready. Maybe your partner is hoping you’ll help unpack the supermarket shopping. You mutter “just one more match” under your breath which is nothing more than a calculated lie. You know you’ll try and squeeze at least three more games in before claiming the game had some loading difficulties or you couldn’t save the game at that exact moment.