Whatever Happened to Ibrahim Afellay? 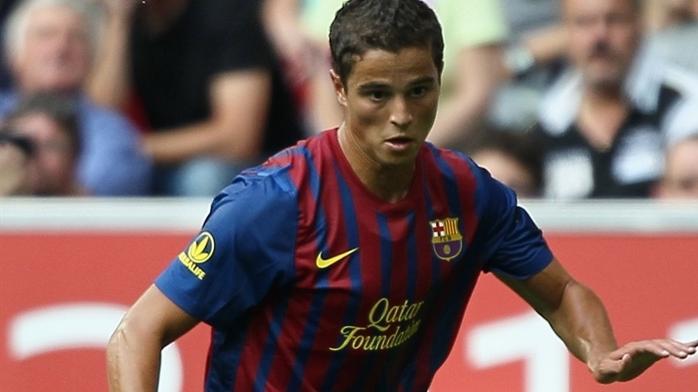 Who doesn't love football? It's the most popular in the list of sports events at tonybet.com/en. Football lovers place bets not only on teams but also on particular players. But some promising athletes stop playing too early. And Ibrahim Afellay is one of them. Here is what happened to this football star.

Start of His Career at PSV


The future football legend was born into an ordinary Dutch family. His professional career began at the football academy of the Dutch underground club "USV Elinkwijk" from his native Utrecht. In the 1996/1997 season, the young player showed such cool football that he was immediately taken to Eindhoven, where he signed a contract with PSV.

At 17, he played his debut game in the Dutch Cup. But he broke through a year later in a game against Feyenoord, when he scored his first goal.

Even then, the main quality of Affelay was the ability to lead a dynamic game, demonstrate spectacular dribbling, and distribute accurate, rapid passes to partners. In 2007, Affelay made his debut for the national team, and playing in a strong PSV only strengthened his status in the team, and van Basten took him to the Euro, where Ibrahim entered the football history, playing in a great match. Having played the next couple of seasons and featured at the 2010 World Cup, he was finally bought by a top club.

Taking off at Barcelona

The summer of 2010 passed in the rumors of his transfer to a top club. It did not work out then, but Barcelona were persistent and in November, announced his signing for €3 million. In his first season, Afellay played in 26 games, scored two goals, and became the champion of Spain, winner of the Champions League and UEFA Super Cup. But in September 2011, he dropped out for six months after a serious injury earned in training, and since then he could not play as before.

Recovery from injury was followed by a loan to Schalke, where Ibrahim was reunited with Huntelaar. During the season, Afellay played 15 games and scored 4 goals, a return to Barcelona, where the talent sat on the bench for an entire season, playing only half an hour.

Although Barcelona were not interested in the services of Afellay, the club was in no hurry to sell the player, and the Dutchman spent the 2014/15 season in the Greek Olympiacos, where he was a key player - 28 games and 6 goals but did not remember anything outstanding.

At the same time, Ibrahim did not stop being called up to the national team, not because of his good game in the Greek championship and the EPL, but because of the degradation of the team after the 2014 World Cup.

In the summer of 2015, upon his return from loan, the player moved to Stoke City to form a bundle with another Barça legend Bojan Krkic. But the player decided to prove to everyone that it is too early to write him off. The first season in the EPL was spent evenly, playing constantly on the basis. But the music did not play long. Again an injury at the training, he played in 13 games in the season, and then often came out as a substitute, then again relapsed knee.

Ibrahim Afellay was supposed to open up in Barcelona, playing with stronger partners, and become one of the strongest extreme midfielders in the world and leader of the Dutch national team, but something went wrong. At 33, Afellay came home to play, as Van Persie did before him.

Once one of the world's most talented footballers, Ibrahim Afellay retired from football in 2021. The midfielder has made an official statement. The latest attempt at a restart failed at PSV.