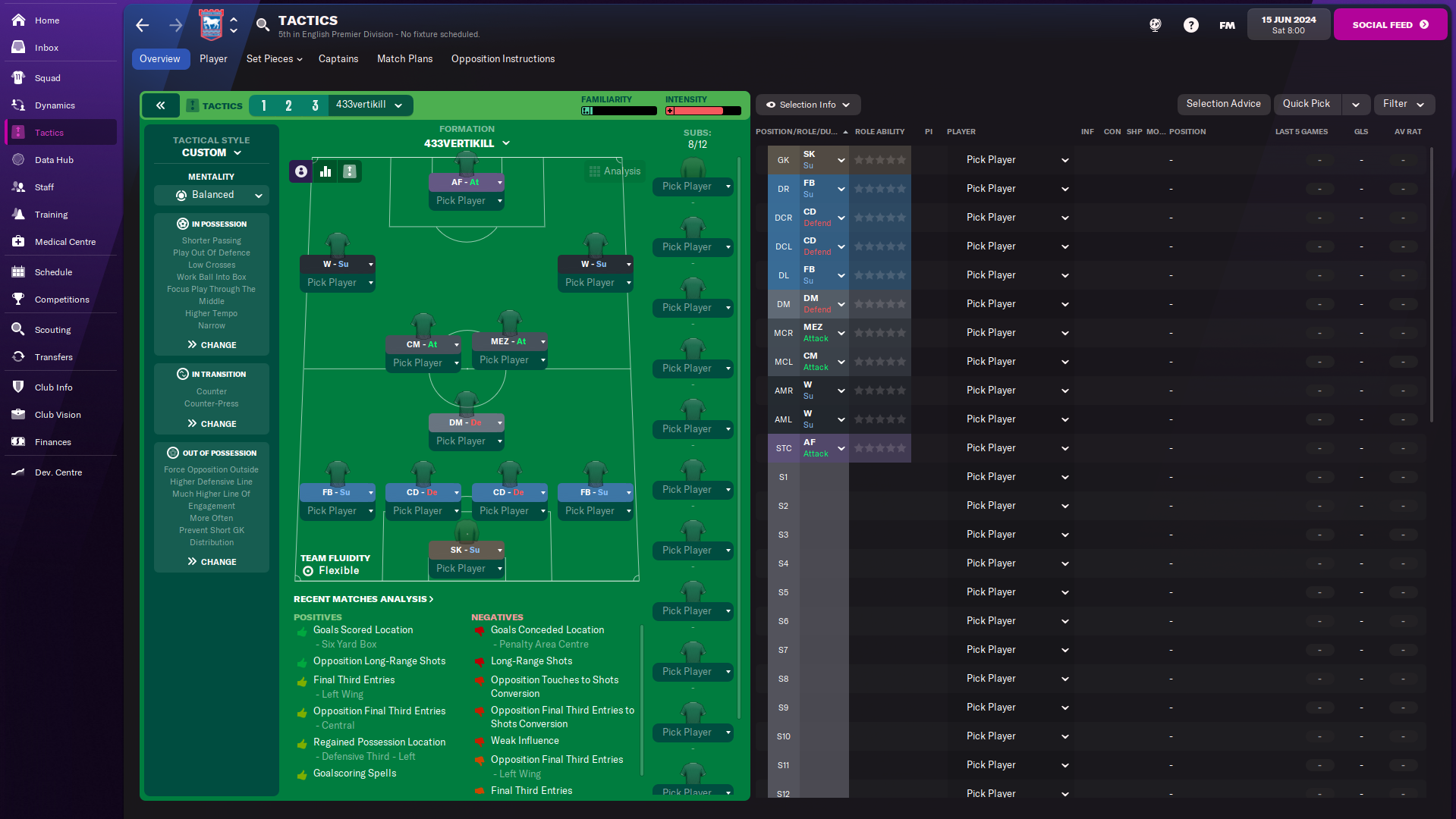 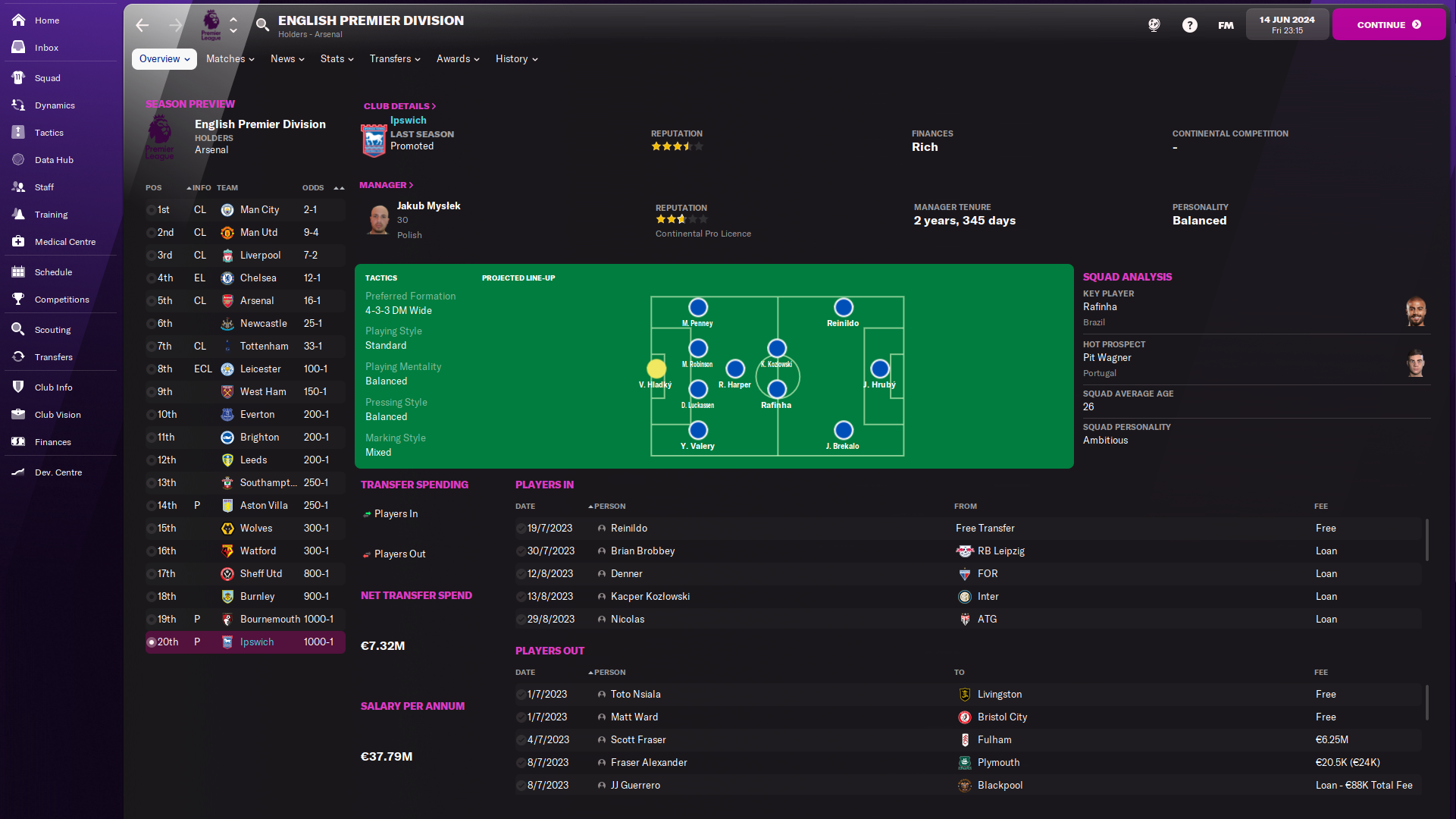 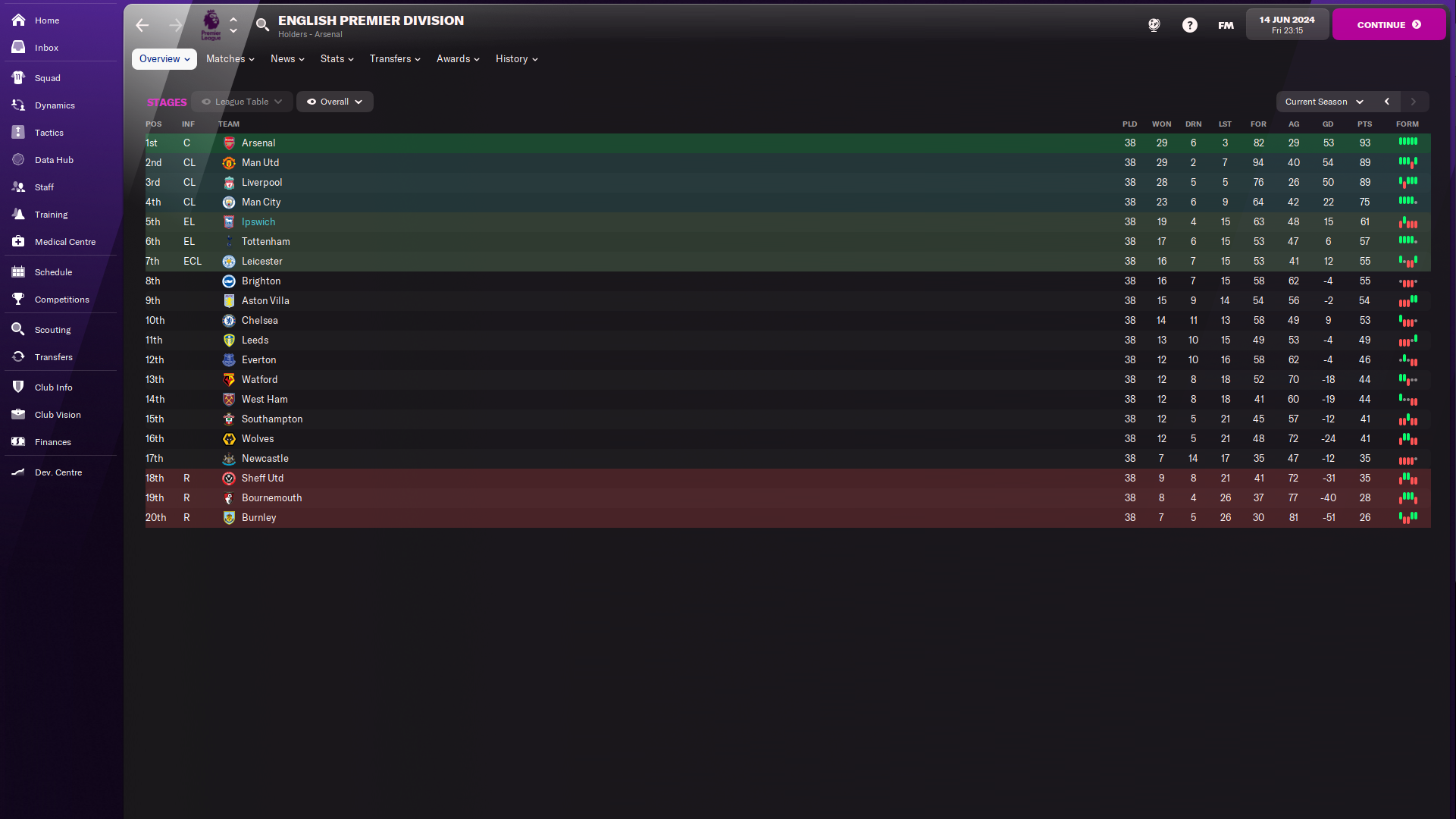 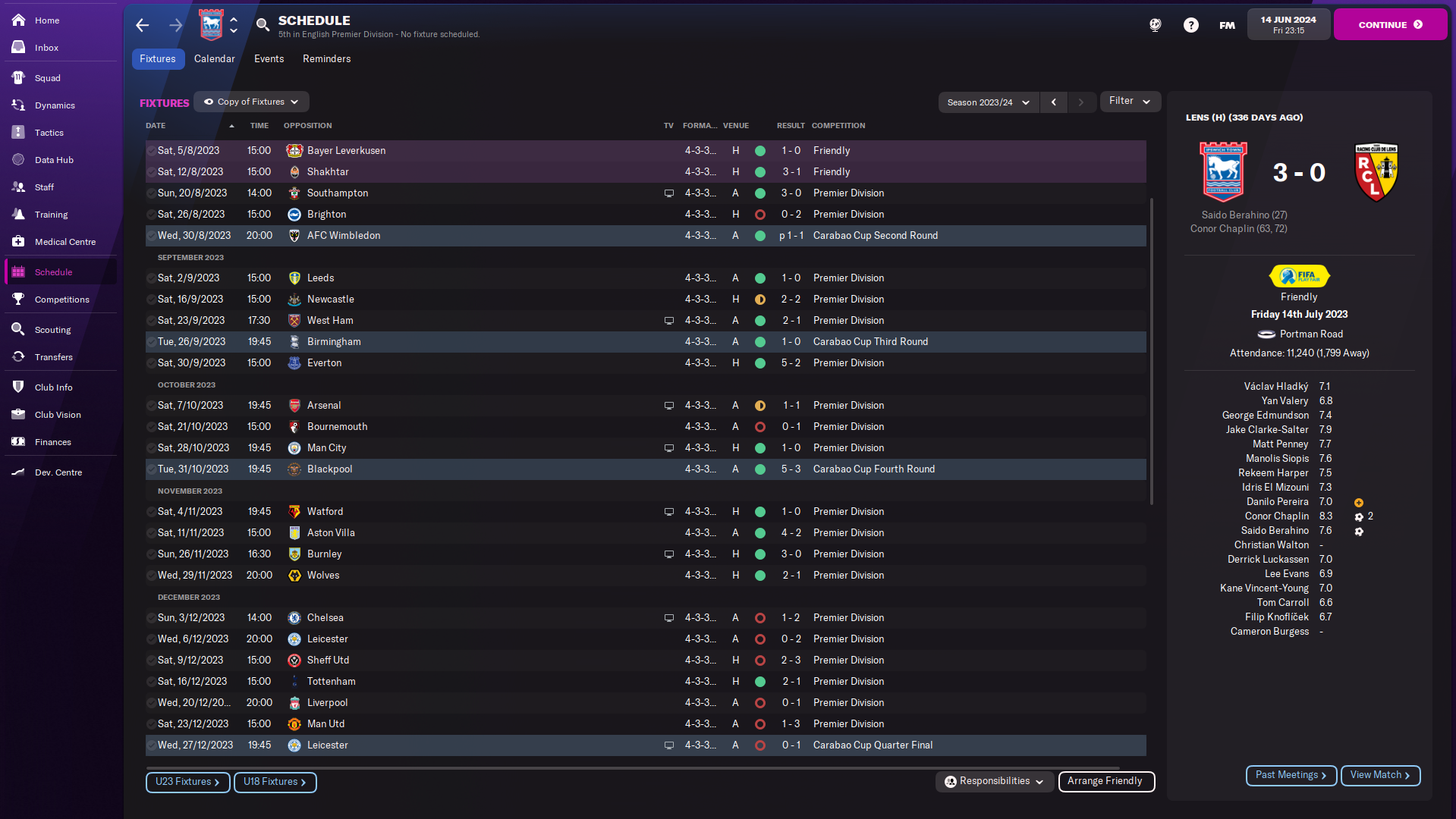 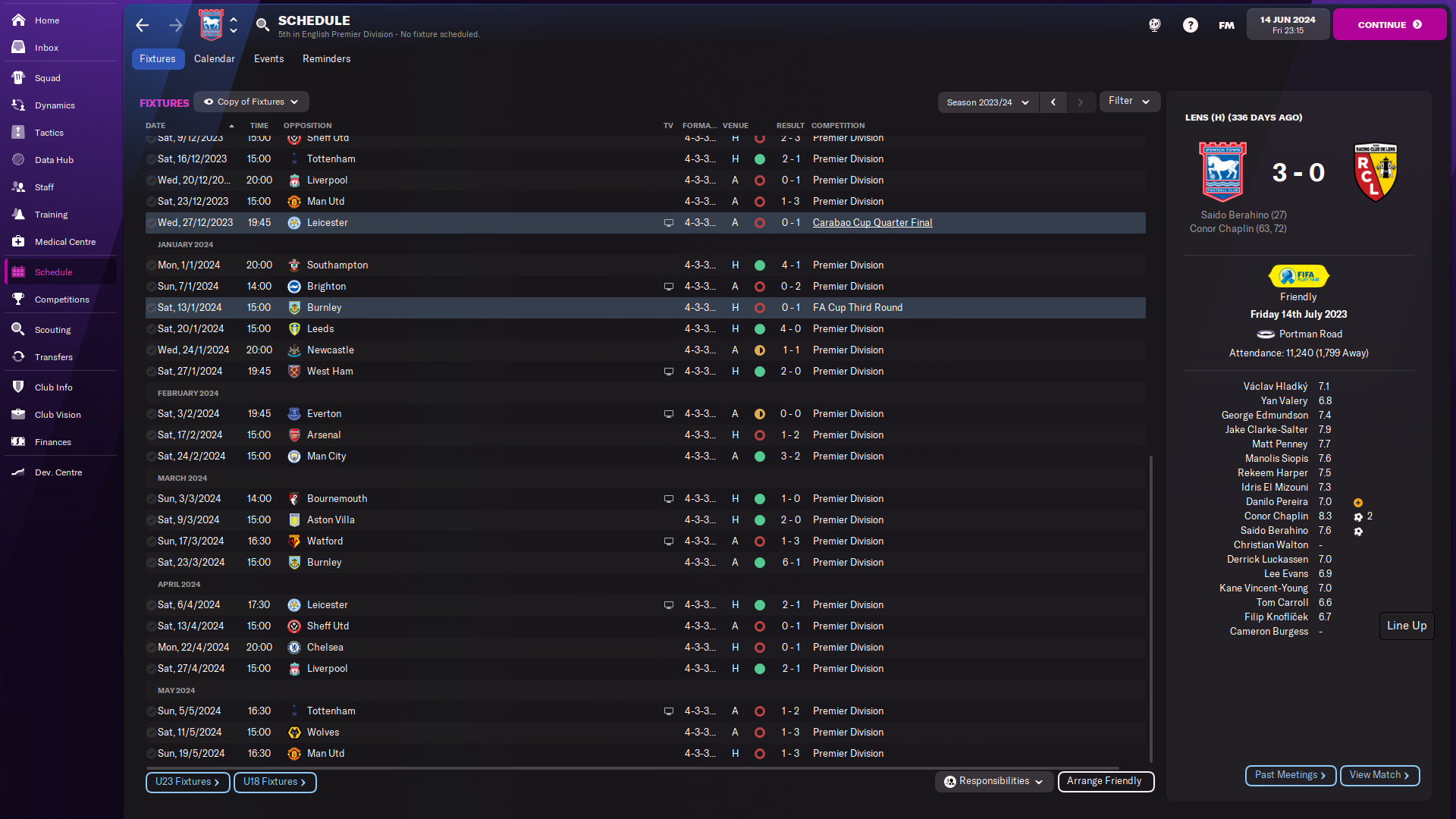 BUILD UP PLAY:
I like to play out of defence and focus play through the middle, because my fullbacks go narrower, acting almost like defensive midfielders, creating a 2341 formation. Wingers tend to stay wide in the early stages of the build up, giving the option to switch the play quickly to them and let the cm and mezzala to make underlapping runs, but later if the 8's dont do that and get the ball in the midfield, they go a bit narrower, making the runs in behind the opponents defence, from where they can either score or pass to the striker.

RECOMMENDED ATTRIBUTES:
For the centre-back you just want tall, strong players with good tackling, marking and heading. Passing and pace are also important, but not as much, and one of my centre-backs has just 9 passing and averaged a 7.31 avg. rating in the Prem
For the full-backs you want them to have good off the ball, positioning, vision, composure, anticipation, be solid defensively and good passers. Pace is again not that important there, as they act more as false 6's, and not traditional attacking full-backs.
Your DM has to be a strong and good defensively player with decent passing.
The 8's must have good passing, shooting, and mental attibutes. The physicals and defensive attributes are not that importand there, as they will join the attack more, acting as false 10's.
The wingers have to be fast and have good crossing, shooting, stamina and decent off the ball, anticipation and passing.
For the striker, you just want a player who fits the advanced forward's attributes.