Download
Overview History Discussion
I Was unexpectedly promoted twice and am now in the Bundesliga so underdog is an understatement. Save has 1/2 of a M/AM wing player available and serviceable FB(Su) who know what a cross is if not how to do one well. Had to spend my paltry funds on competent strikers and CDs which left me unable to improve the wings.

While my DM options aren't bad, I've found having 5 in the back, the mass of bodies, acts as a second keeper. The CM(Su) is told to stay wider when the BWM is in Support because the FB(R) is pretty slow so I want earlier width and having the BWM at the edge of the box makes things a bit crowded. When the BWM is on Defense I send the CM wide if the opposition is using an AM. Both FBs are told to cross early and often. I started with the F9 as a DLF but he was leaving too much space between the MF and his striker partner. A F9 gives the AP and CM more options during a counter. 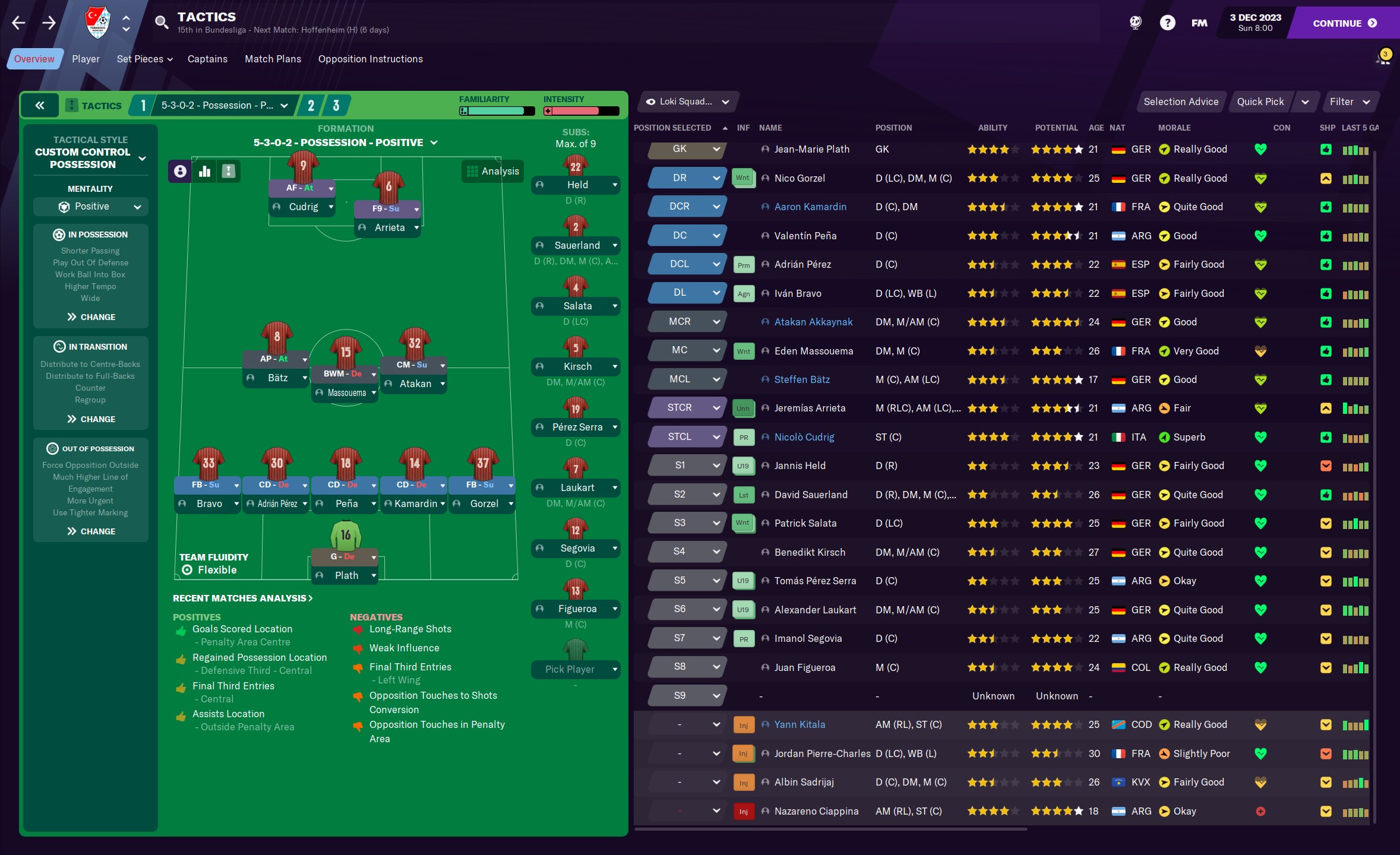 It sounds like the FM21 meta is through the middle so I want to try this tactic with a narrower attack but for now it is set wide. If I am playing the top half of the table I Work the Ball Into the Box because I lose the air war decisively. With WBB I create less chances but they are a lot better (enough to win if the AF could seal the deal more often). When playing the lower half I can sometimes turn WBB off if I am better in the air. 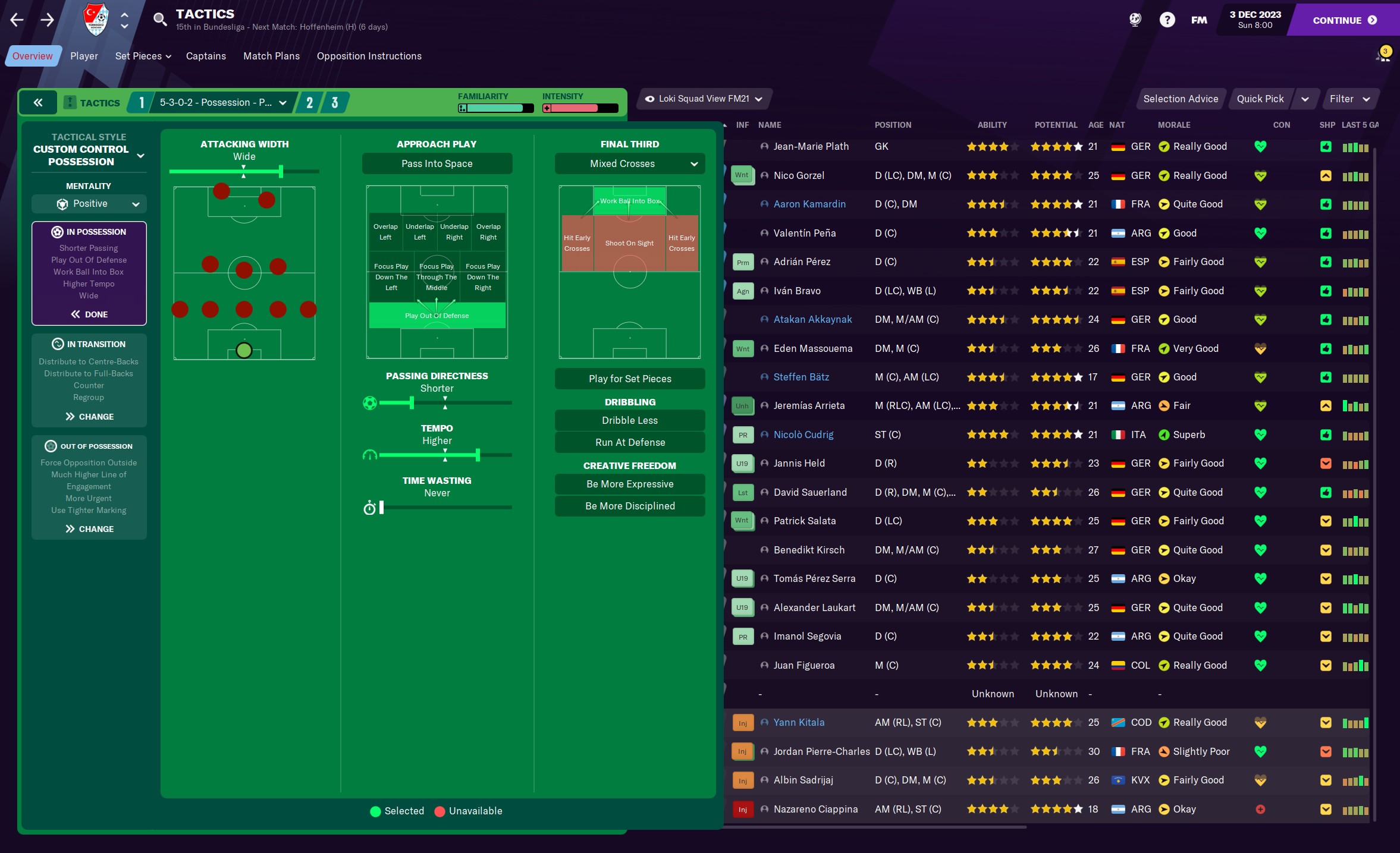 Like IP, I modify the IT page depending on the half of the table I am playing. If I'm playing the top half I Regroup. This seems to dramatically reduce the number of counters that cause me issues. I find that the combination of Counter and distribute to the backs is a good combination (might just be my keeper). If the counter starts from anyone but the keeper things move well but if it starts with the keeper he won't press a long kick like he will with that off. I rarely disagree with his decision at playing a long kick using this setup. If I'm playing the lower half of the table I will turn it off to give the keeper more options as with it on he tends to go short or long but not anything in-between which shouldn't be the case when we have air superiority. I keep Distribute Quickly off to give the keeper time to make a good decision. 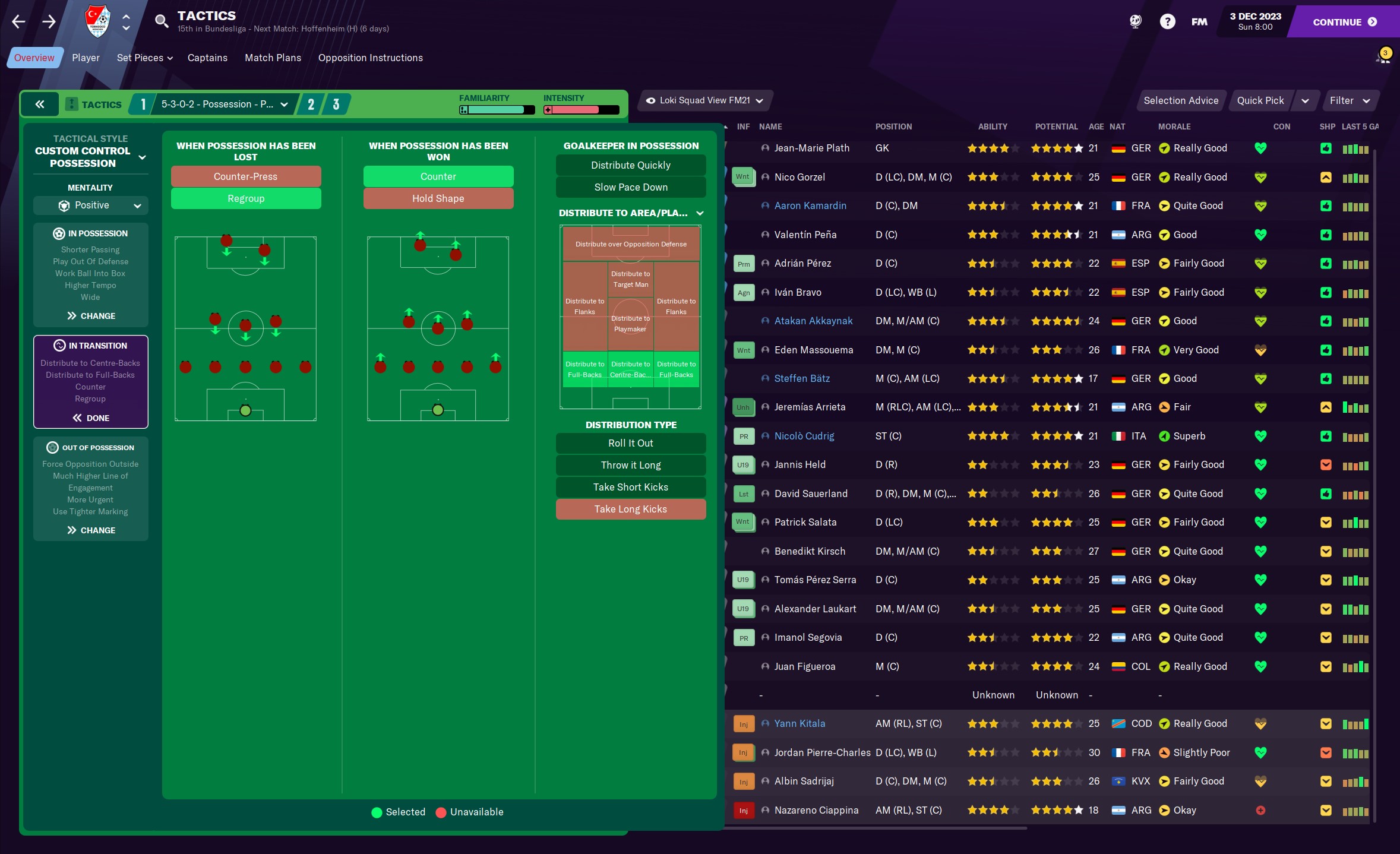 I've made sure that my CD's have decent Heading and Jumping Reach so forcing the opposition to cross works well with some tactical Close Downs to force them to act quickly. Between the CD's heading and number of them in the box I don't find the bulk of goals conceded come from headers. Certainly a lessor percentage than previous saves. As I said above, having three CD's blocks a -ton- of shots and the pressing makes it hard for average opponents to craft great chances...against the top, well... Swiss cheese but, it's Bayern! I would turn up the pressing intensity but even at this level I have 3-4 players in the red by full time. If I pressed more the entire team would fall over. 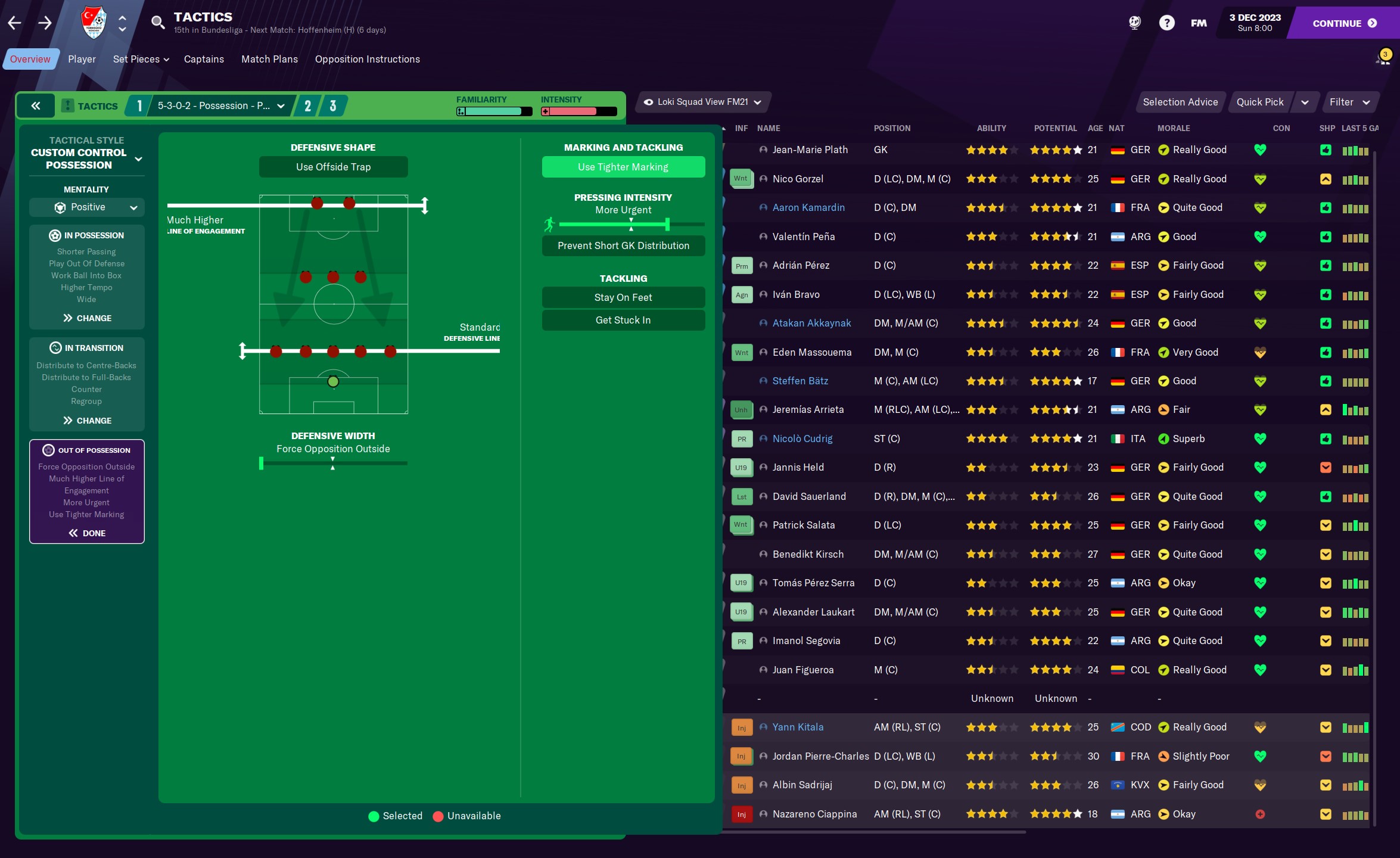 All-in-all I like this tactic's performance (considering what I have to work with). I find my frustration aimed more at the finishing of Cudrig and the international duties of Ciappina than anything. I just spent my last scheckels on a better AP so if I survive without being relegated I think I will focus on some better crossing FBs. I'm hoping that will give my forwards more space as right now the AI seems to be ok with me crossing all day long so doesn't press the FBs very much leaving a lot of players to mark my goal scorers.

*Edit: I think I might try moving the FBs up. I just realized as I was finishing up that I'm not having issues with the opposition wingers getting deep or catching my FBs too far up. Wonder if that would make them more of a threat that would require the AI to press them more and crating more space in the box for my guys. Hmmm...