Download
Overview History Discussion
attacking 4-2-3-1 tactic with a good defence, goals come from everywhere, especially your striker. very effective when your team is fully familiar with it. So far i have used in my Aberdeen save where we are scoring goals for fun, i do have one of the better teams in the league. i have so far tested it with teams who are the better teams in their leagues so clubs like Lyon, Sporting, Ajax, Liverpool and also betis who aren't one of the tops teams in Spain.

i have decided to share this tactic primarily because of the amount of goals the team have scored especially the strikers . other than Aberdeen, with the rest of the teams i have plugged the tactic in and went on holiday. left everything to the assistant manager, who in some of the test played players out of position like the ajax test.

this is what the tactic looks like, i don't use OI and i leave team training to the assistant manager as well as the match plan i think its called. also with this tactic i do have get stuck in on and you will get a lot yellow cards, if its too much take of get stuck in. 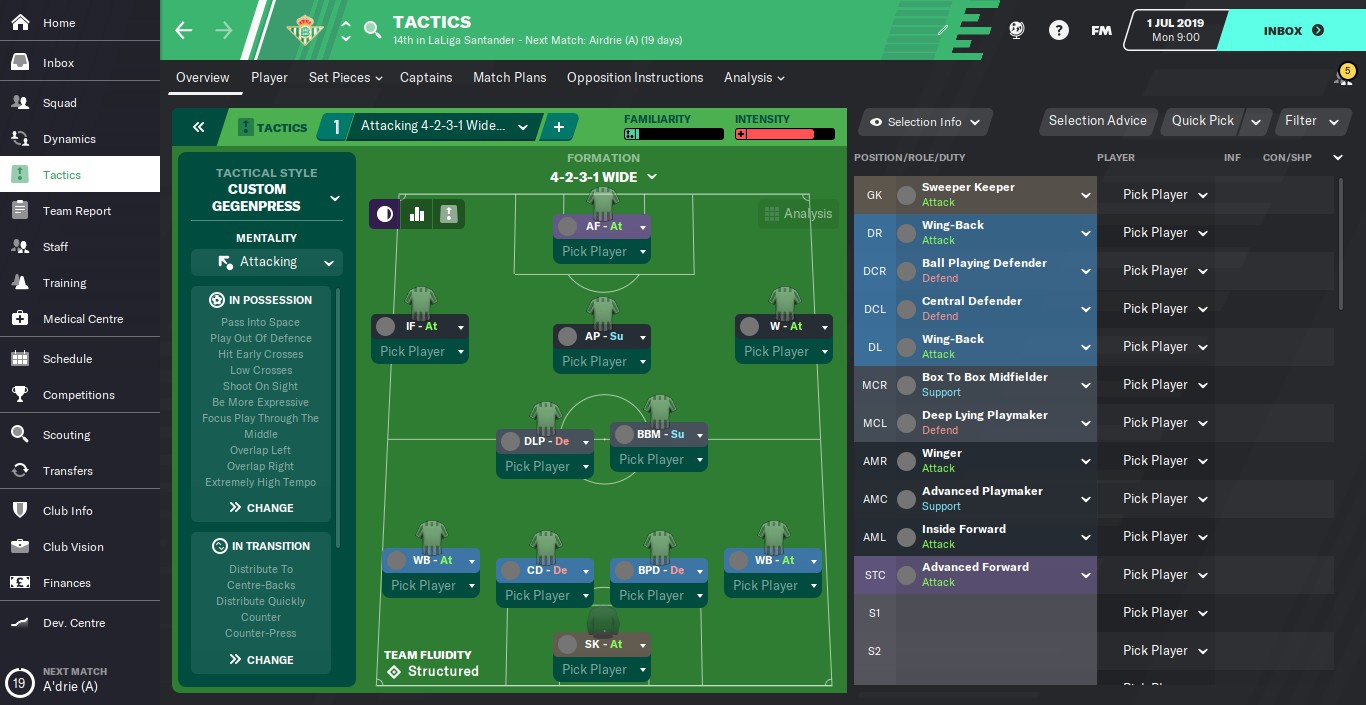 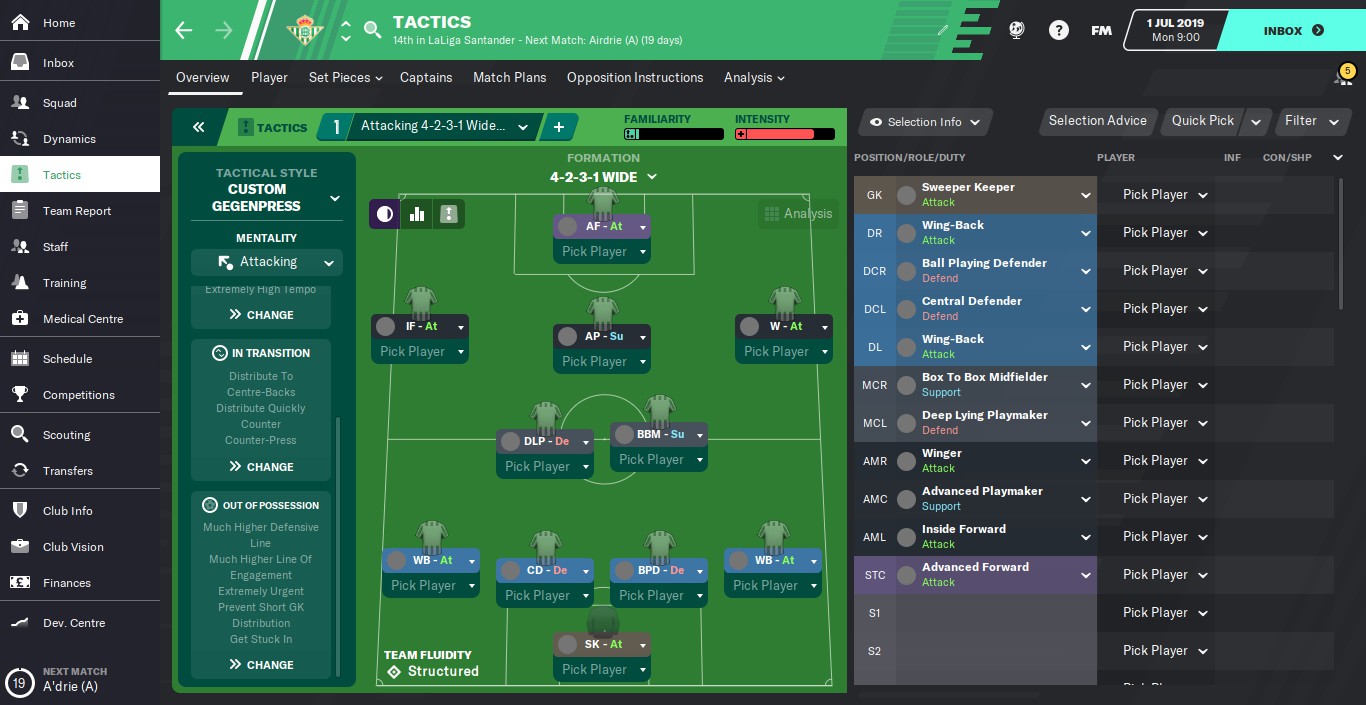 the pictures below show the lineups and as you can see most the starting eleven have high average rating and the most goals come from the front four. 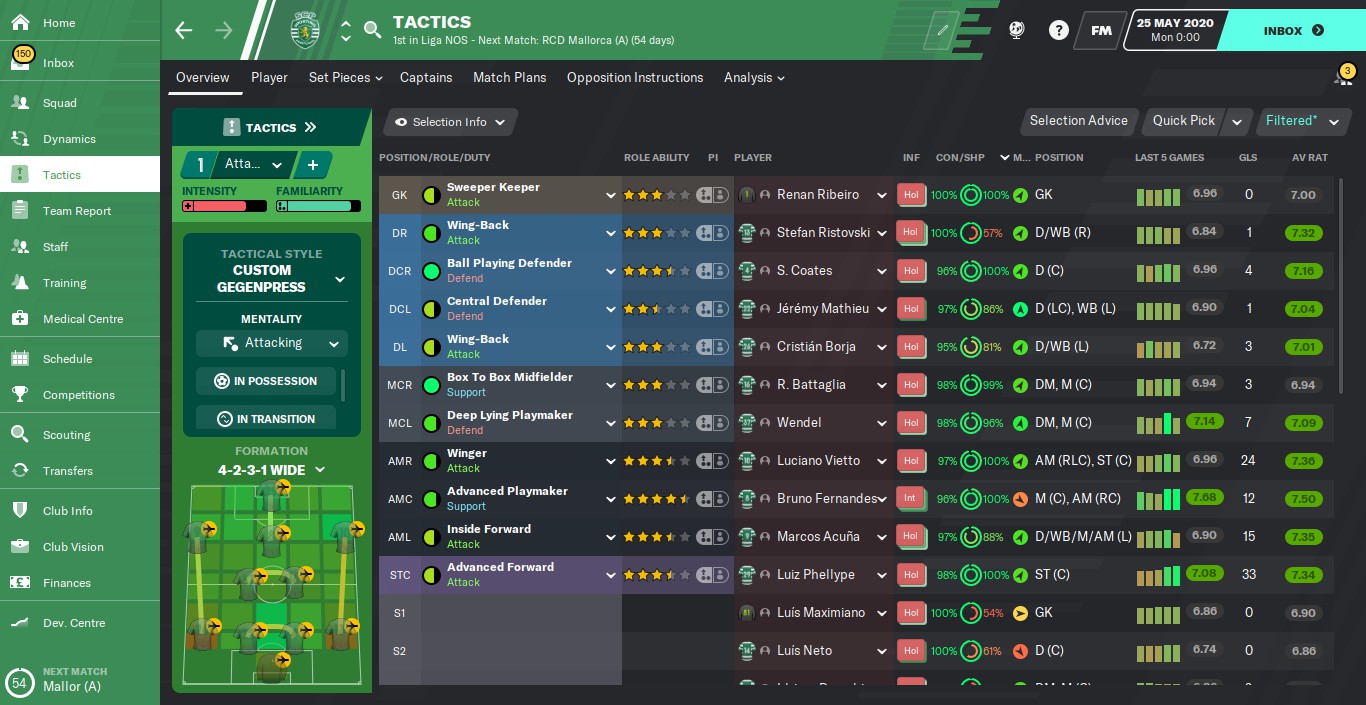 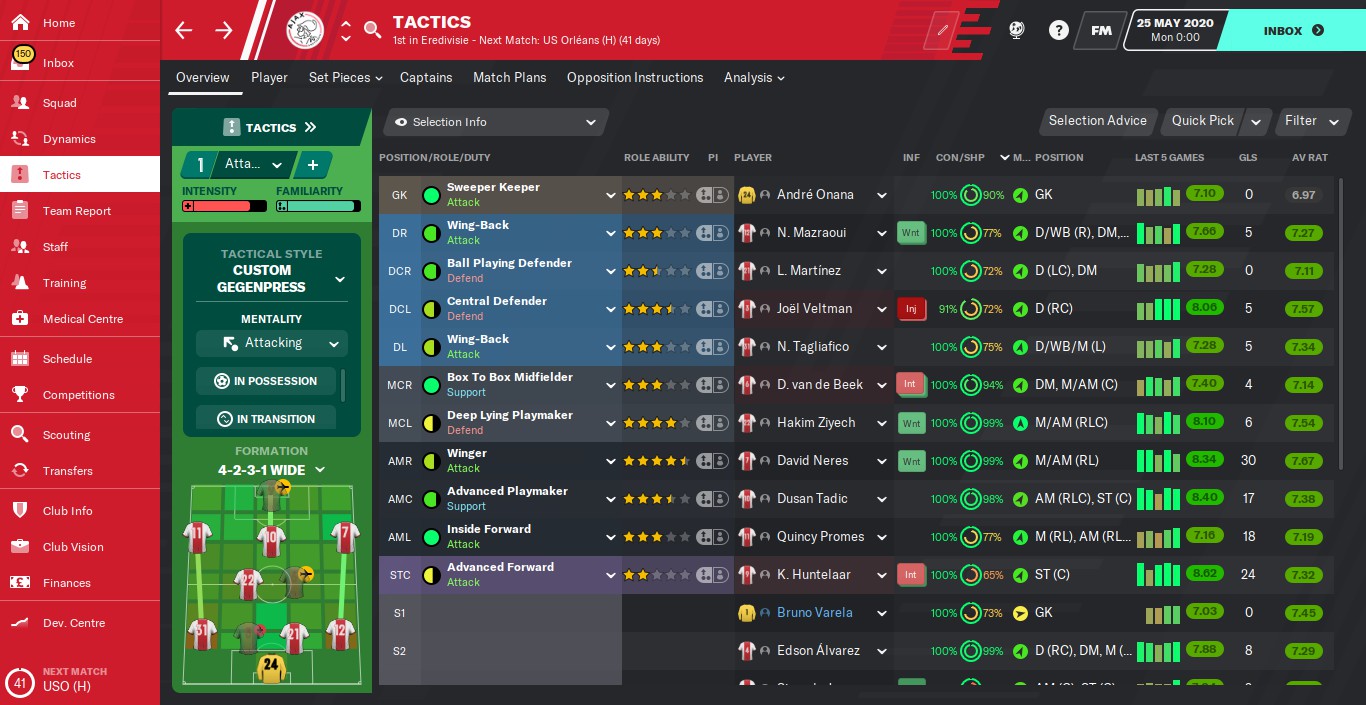 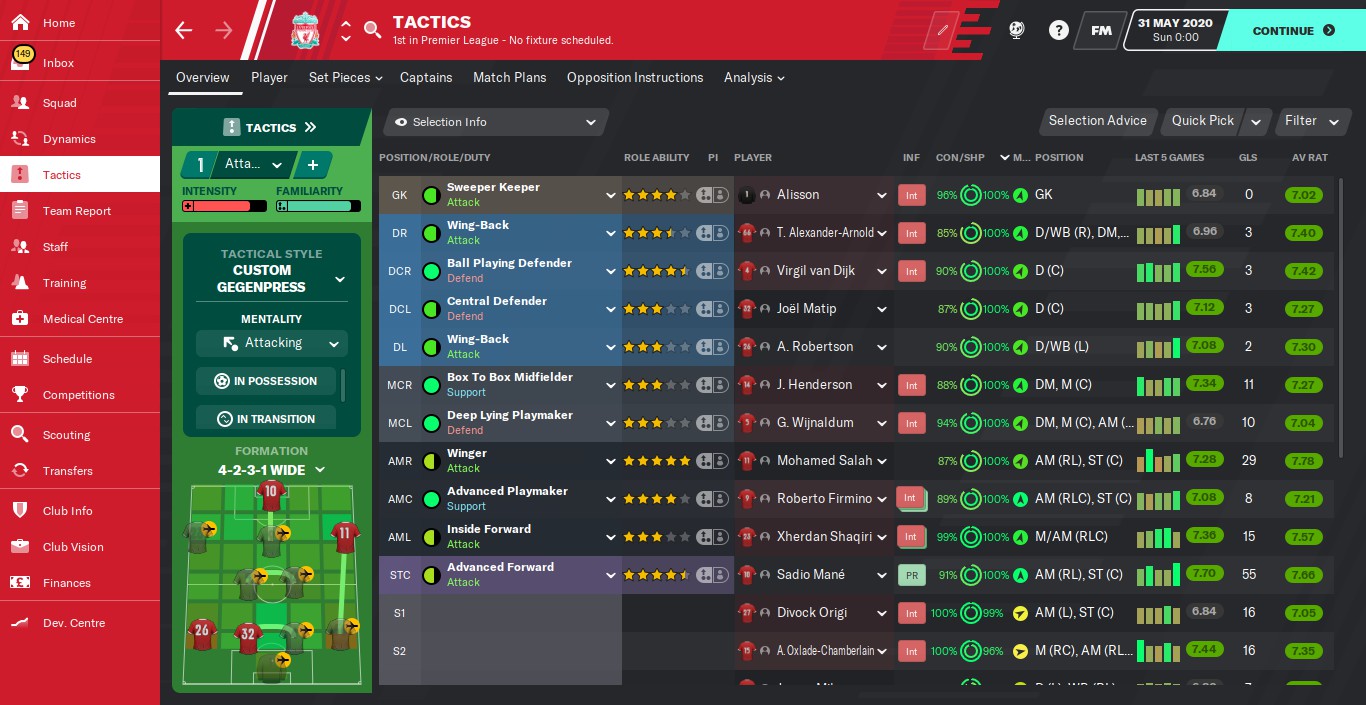 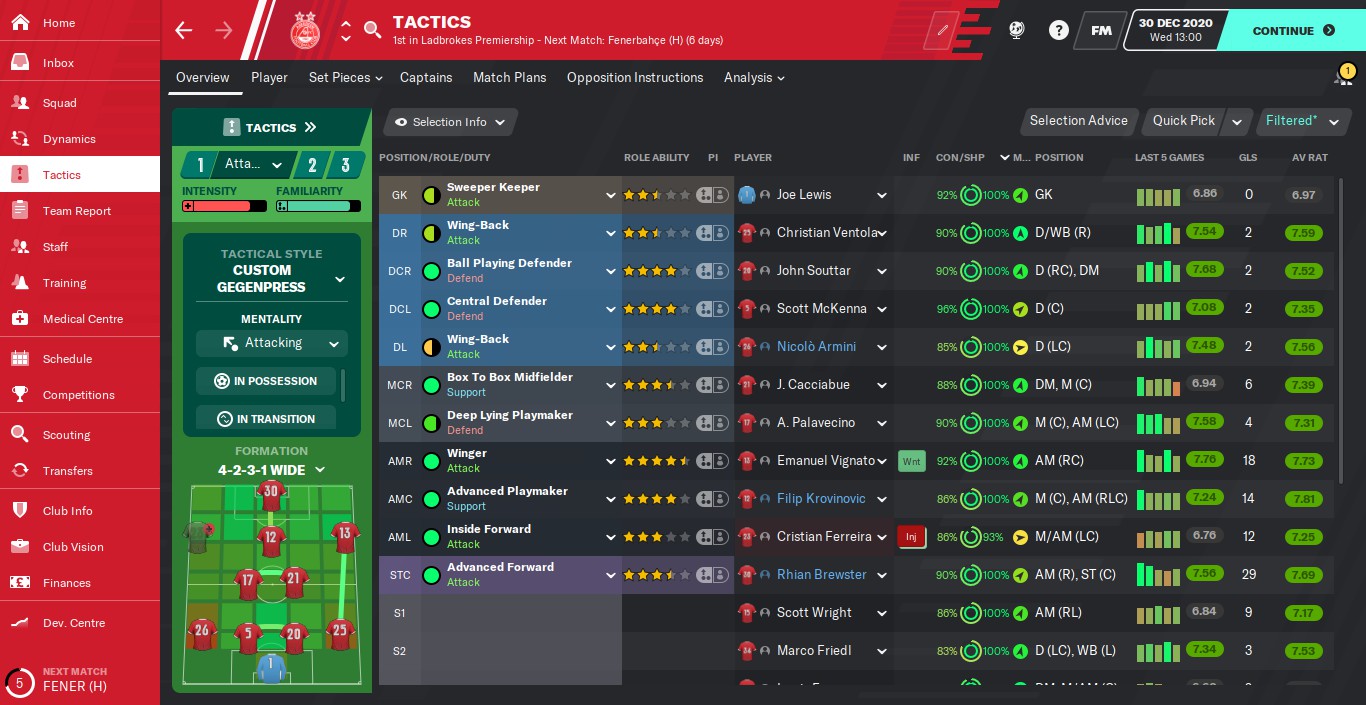 in my save and the test most of the goals came from the striker. you can see the striker stats below. 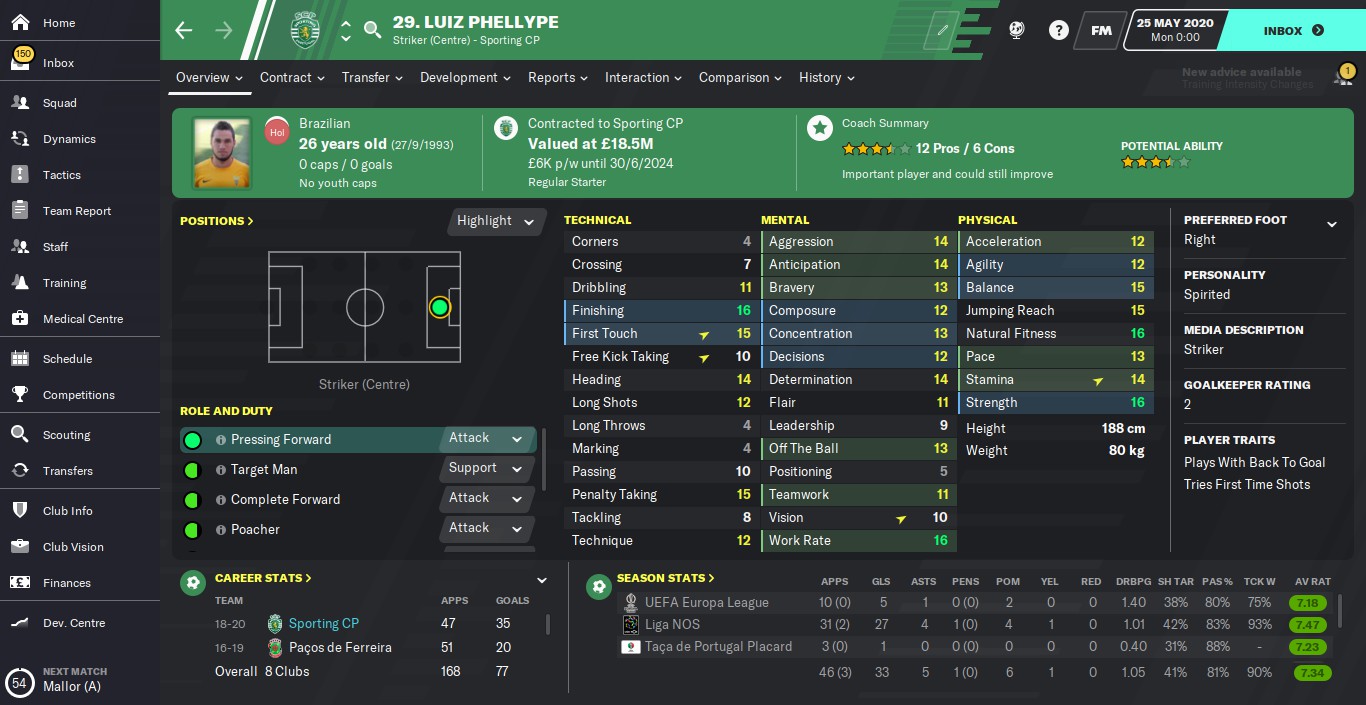 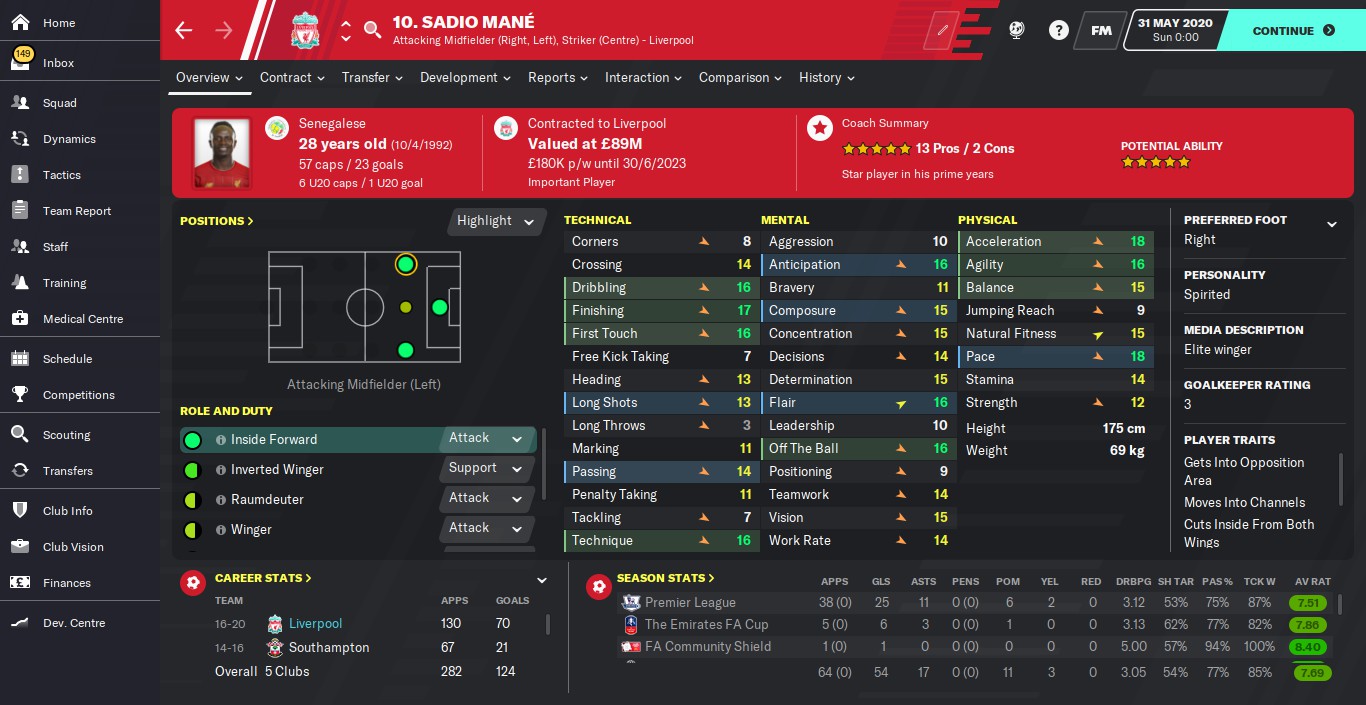 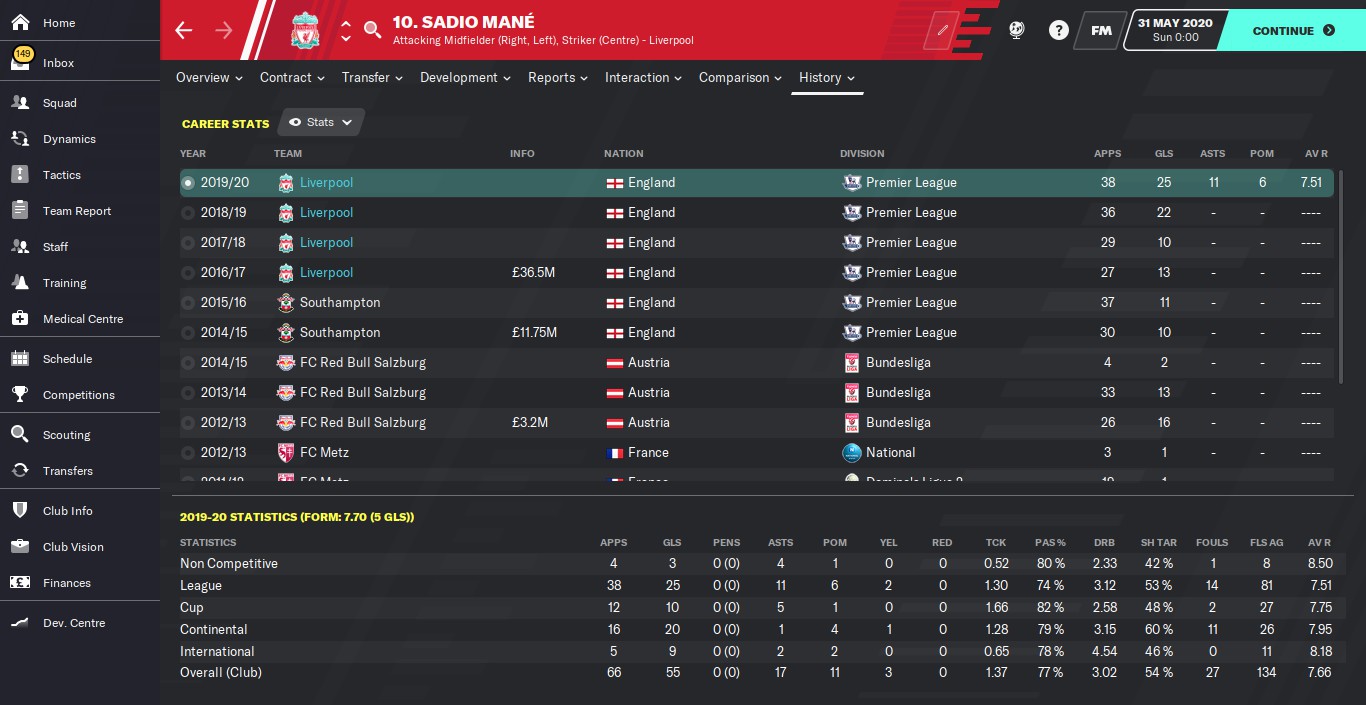 in the Liverpool test the assistant manager played Mane as the striker. the overall squad performance looked like this and some other screenshots 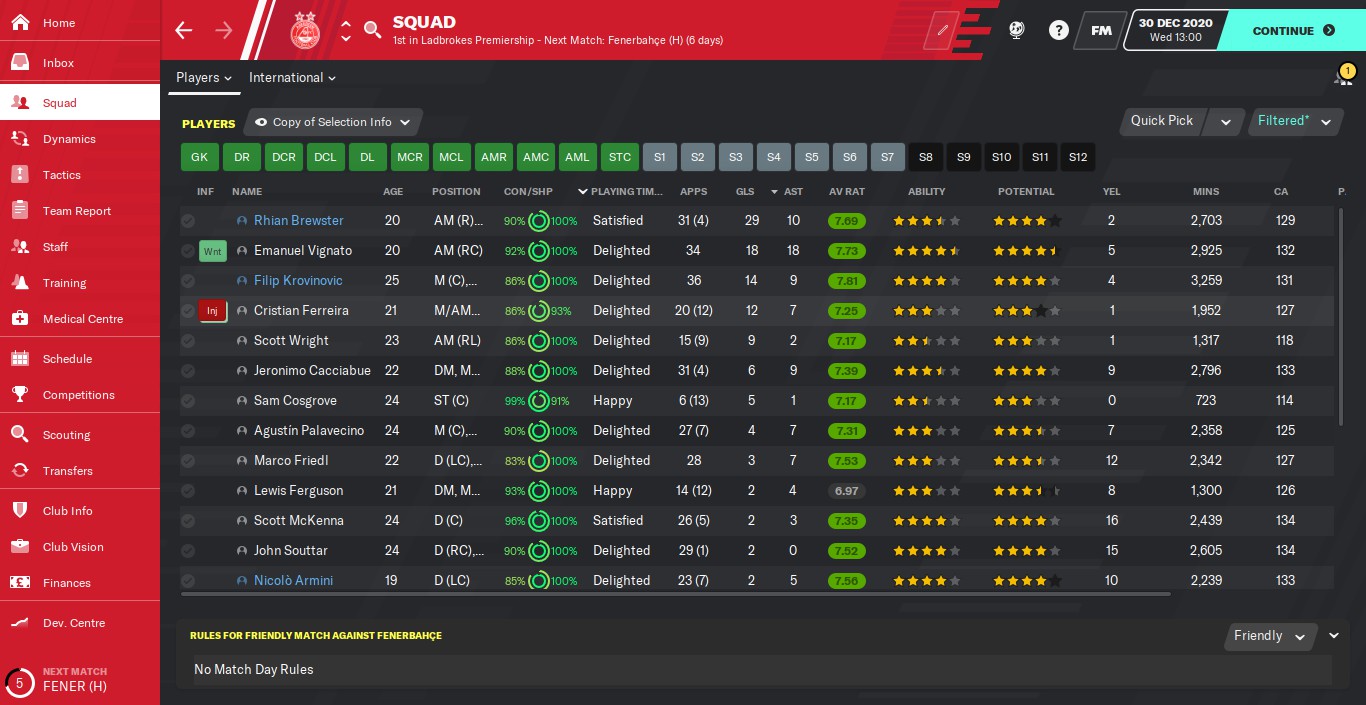 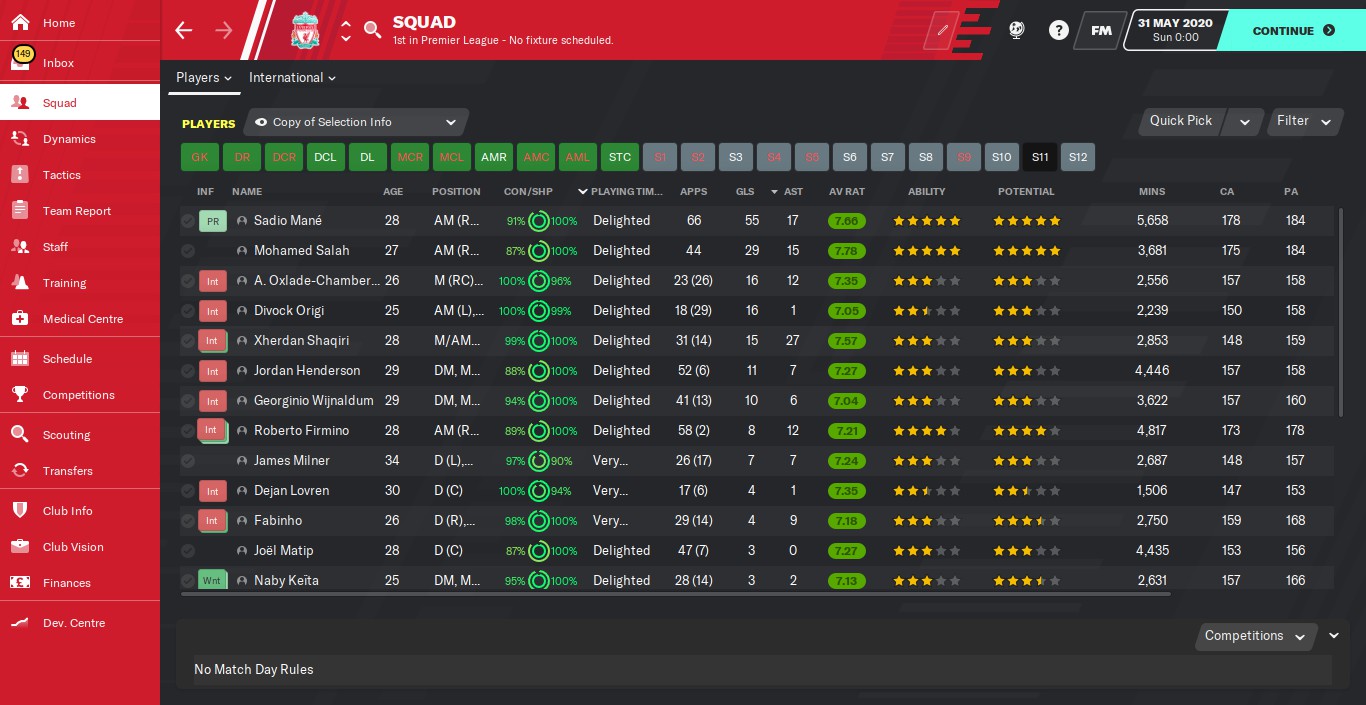 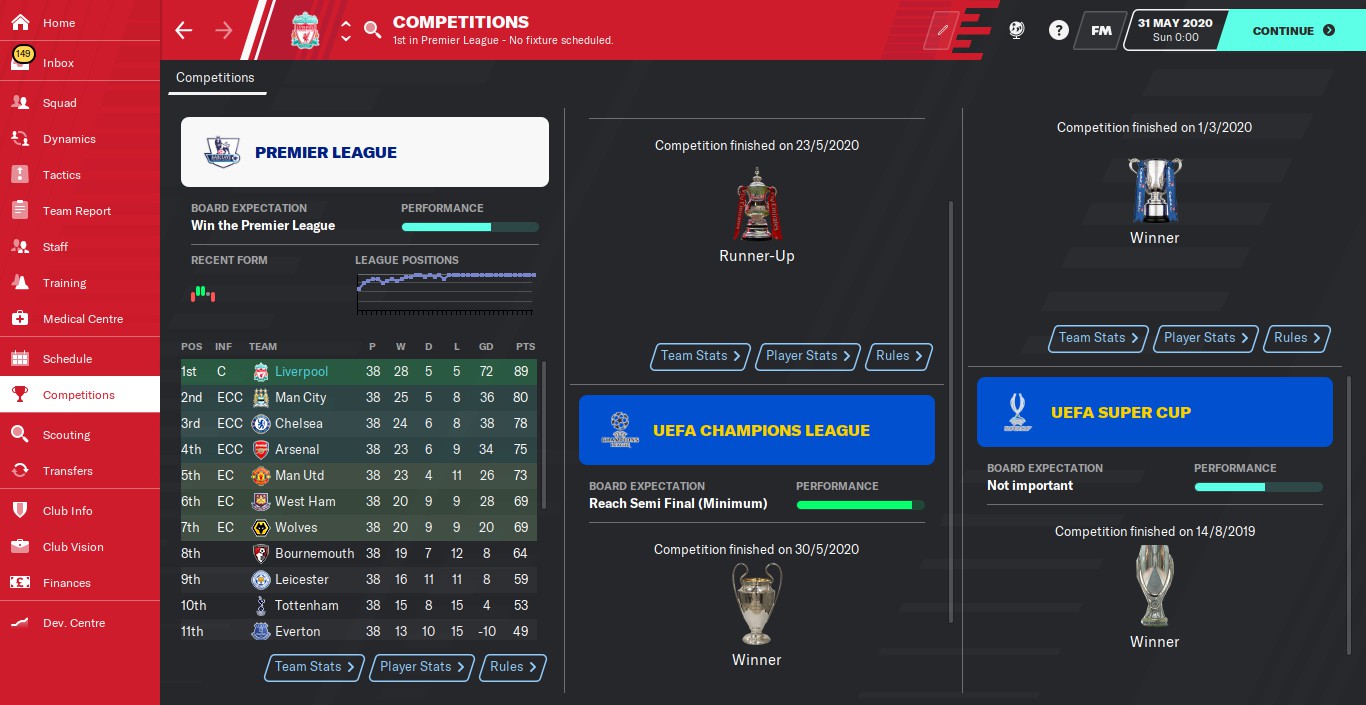 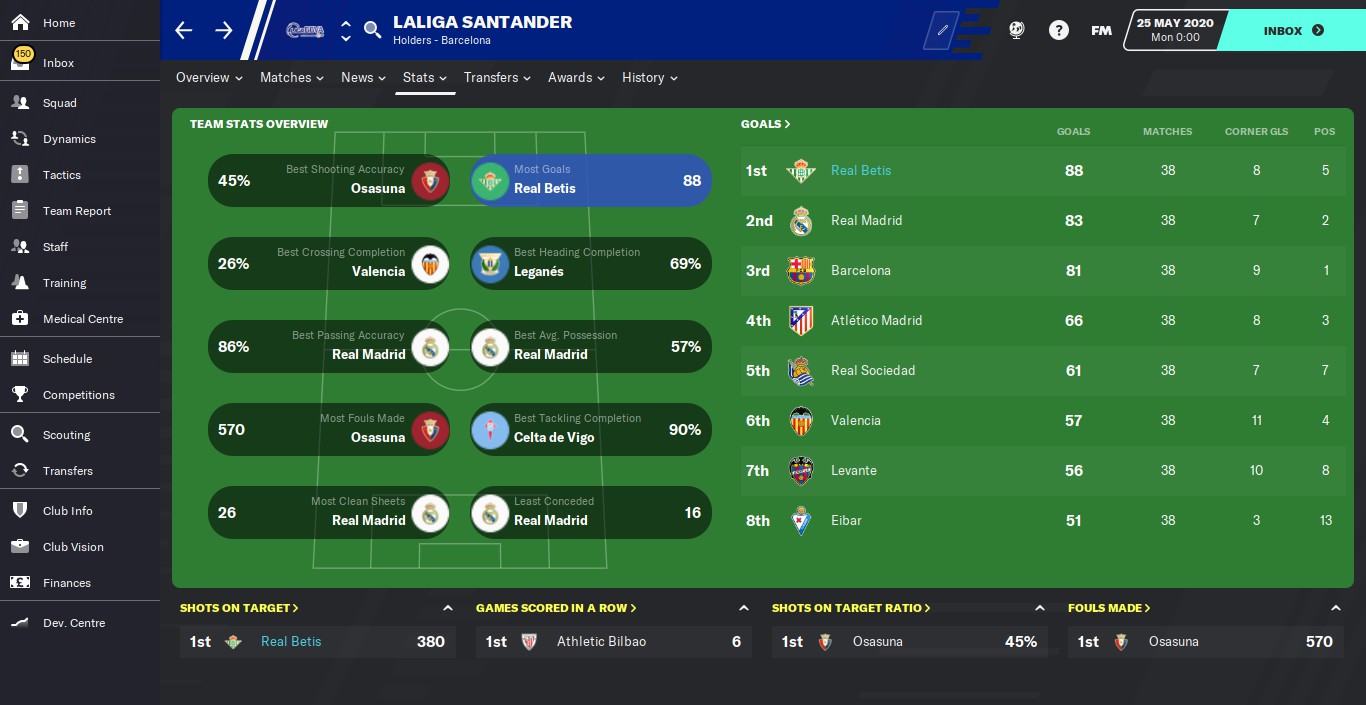 overall this tactic works best when you have the right players and are one of the better teams in the your league. in the betis test they were expected to finish 9 and got 5 so not that much improvement but we did finish as the leagues top scorers with 88 but also conceded more than 60 goals i think. definitely not a plug and play unless you have the right team but i think if your look for a fun tactic where your striker will score goals then check it out. hopefully people can try it and see if it can be improve to fit the lower sides.