Hey guys. So I've been active on the scene since 1999. Recently predominantly on one of the Polish discord servers. Anyway, I can announce that finally I have found the holy grail of FM 2022 tactics. After dozens of seasons of testing and tweaking - here it is. Bright and Breezy Final. 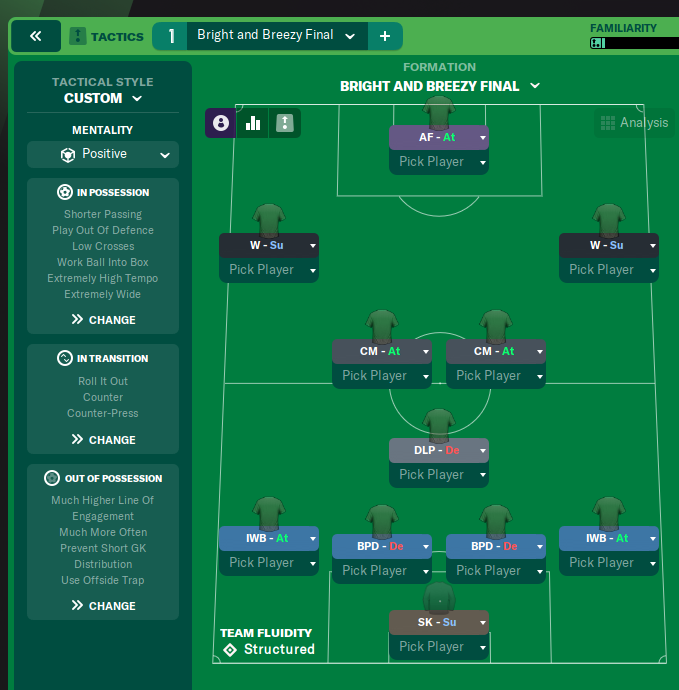 As you can see - the tactic revolves around the 4-3-3 formation with a DM-pivot. This is basically the geometric system propagated by my managerial idol - Zdenek Zeman, as well as by me in various previous FMs. The differential here is the space creation and space exploitation.

Forward runs by the two CMs, stretching play by the two wingers and - predominantly - cutting runs into half-spaces by the IWBs. All of that protected and orchestrated by the brains of the team: the Deep-Lying Playmaker. The concept is not new. I utilized it in my FM 2020's CL-winning Espanyol, with Nem playing the DLP role. However, I moved away from the Inside Forwards or Inverted Wingers in favor of classic Wingers, whose role is to stretch play.

As with all my tactics, we pass short and low, building-up the chances from the back. One difference is that FM 2022 favors high tempo (as opposed to older versions where slow tempo worked nicer).

Of course there is extreme-intensity counter-pressing from the very front line as well.

Now to the results.

My first test was in the Polish league. I took Legia (championship favorites) and Gornik Leczna (relegation favorites). Legia won the league without any problems, but Leczna in fact finished third and qualified for Europe! That was a sign we can do wonders with this baby.

After tweaking the set pieces, I ran a couple of other tests. I played a friendly with OFI Crete against Barcelona and won. Then, I decided to run a couple of tests on holiday in various leagues.

I chose mid-table teams with odds around 51.00 to win the national championship. The first results were out of this world. 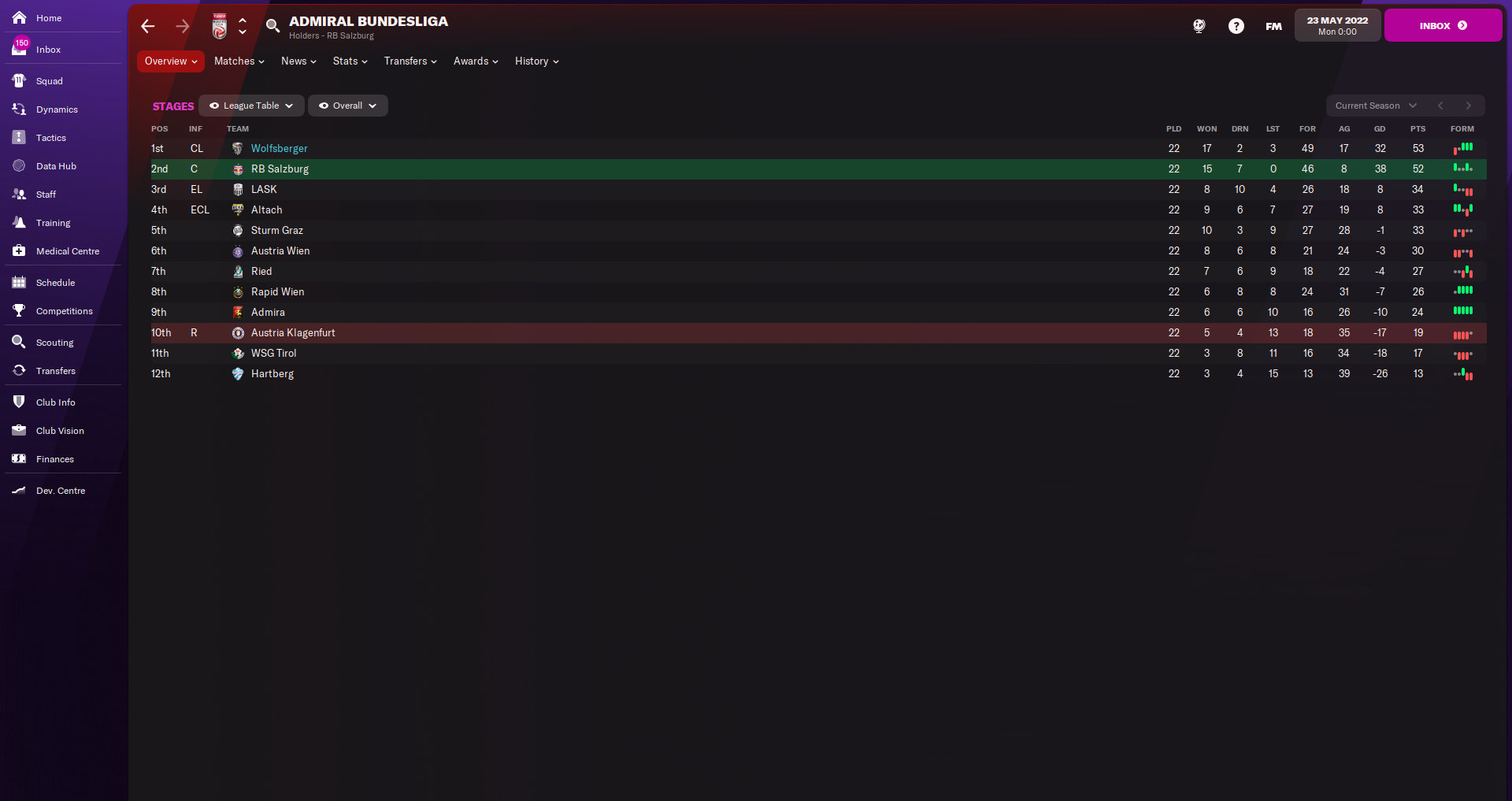 In Austria - my Wolfsberger (51.00) - finished first (!), ahead of the mighty Red Bull, in the regular season. We dropped to 2nd in the championship playoffs, but still that was an extraordinary result. 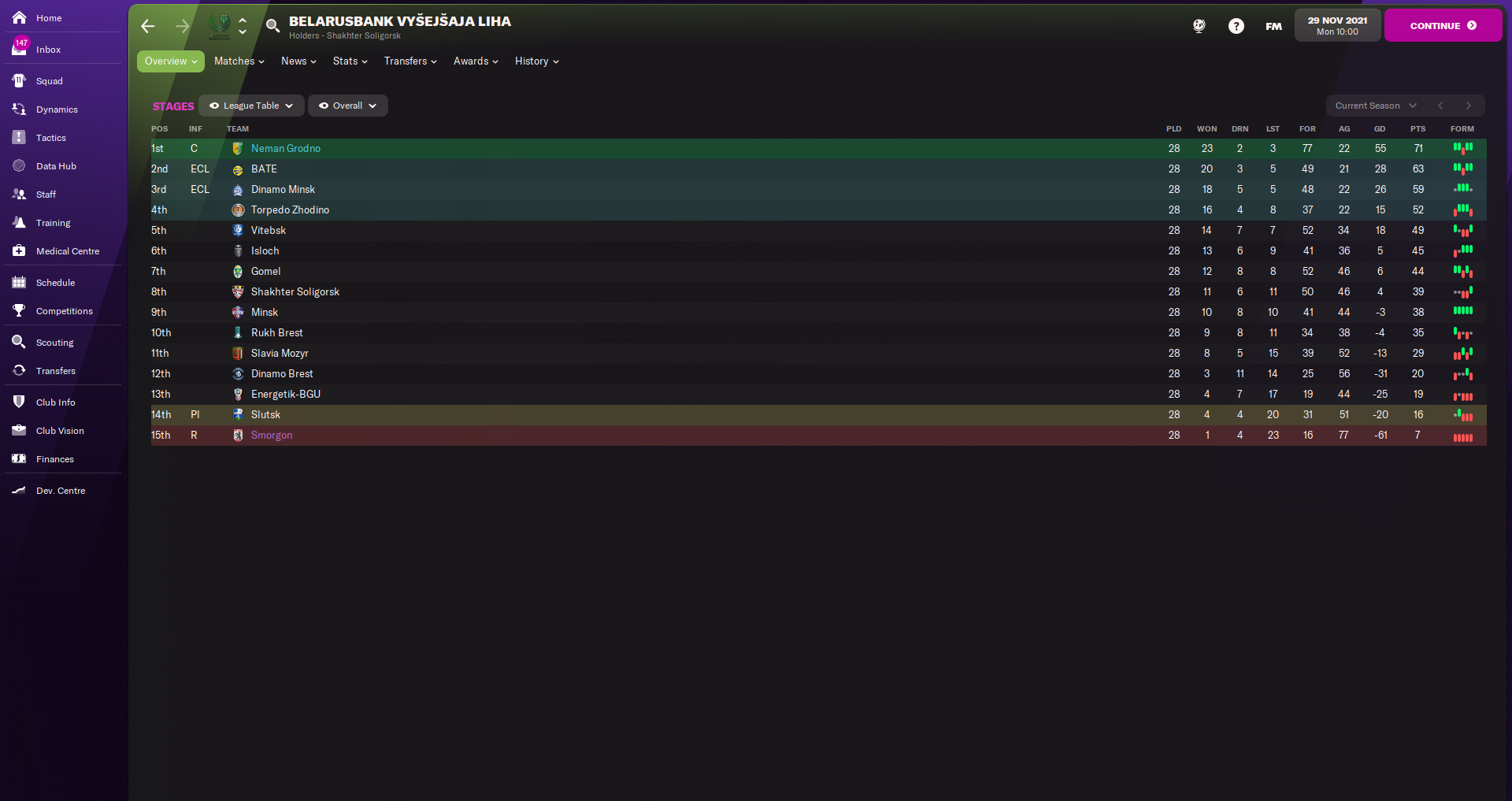 In Belarus I took charge of Neman Grodno (51.00). Playing against the regional superpowers like BATE and Shakhtyor Solihorsk, we managed to win the league with 8 points' advantage. Amazing.

The next step were the Big 5 leagues. I took charge of teams with odds of 51.00 as well. Those were:

Here are the final tables: 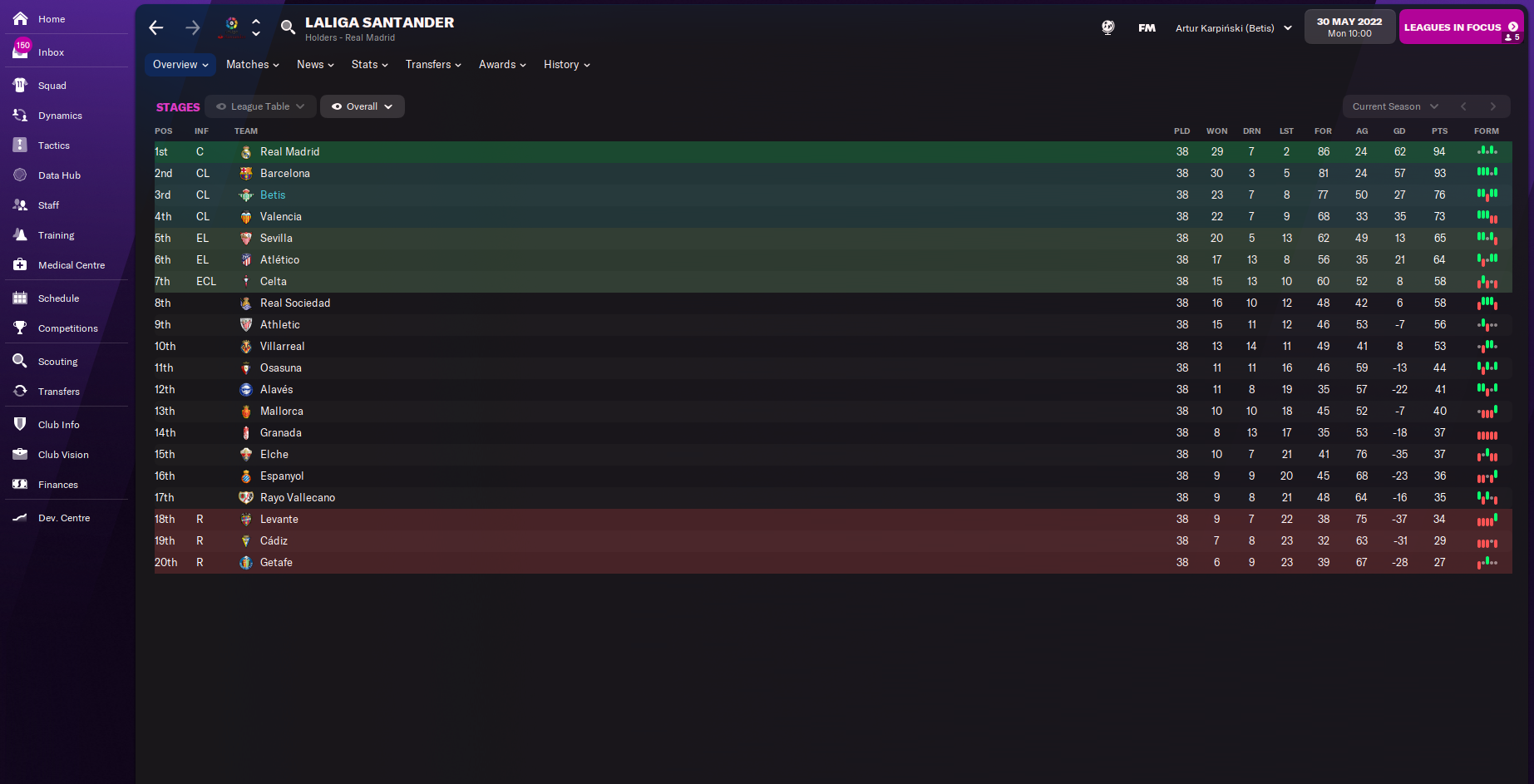 3rd place with Betis, just behind the mighty Real and Barcelona. 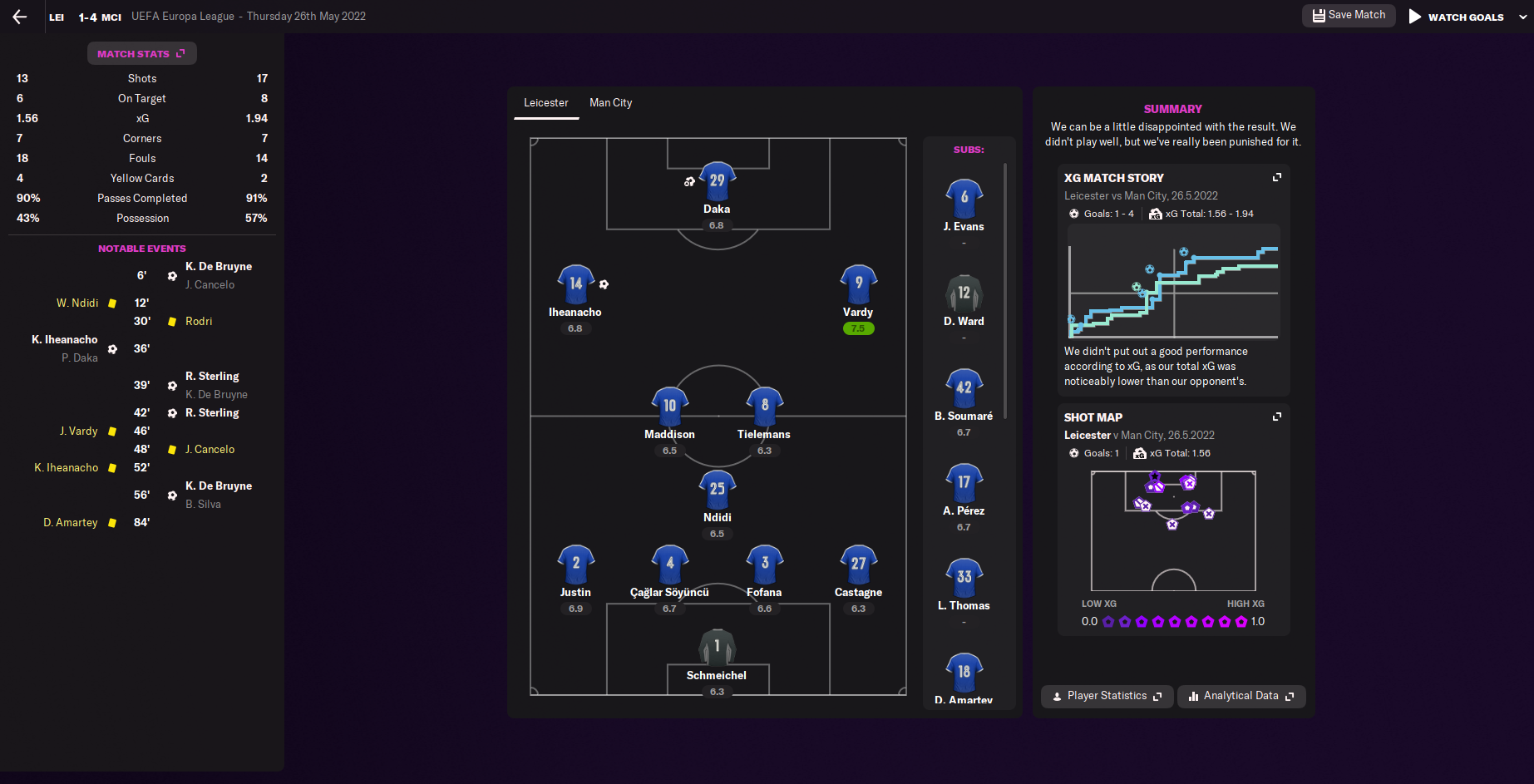 Europa League final with Leicester (though only 10th in the EPL) 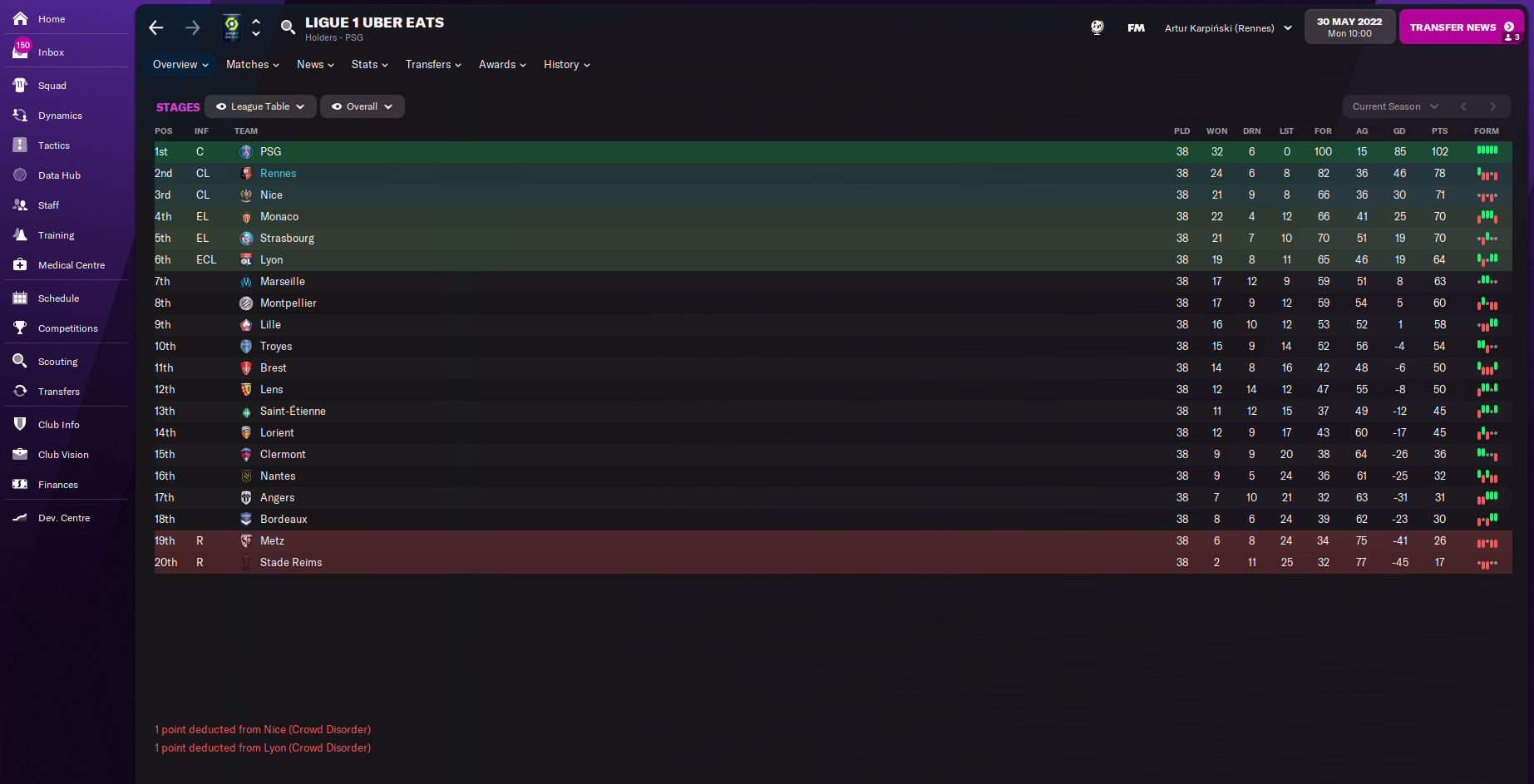 2nd place with Rennes and the French Cup victory! 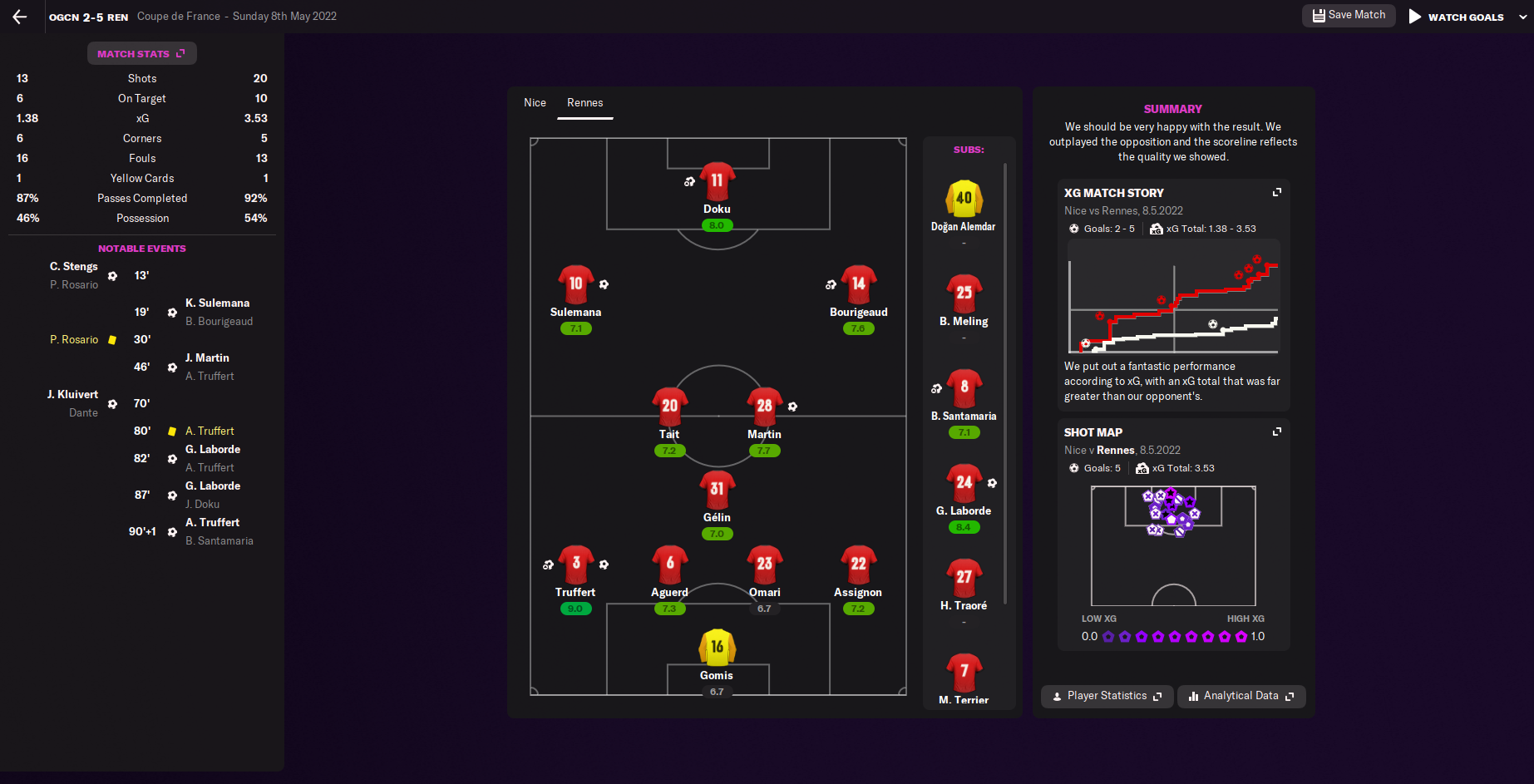 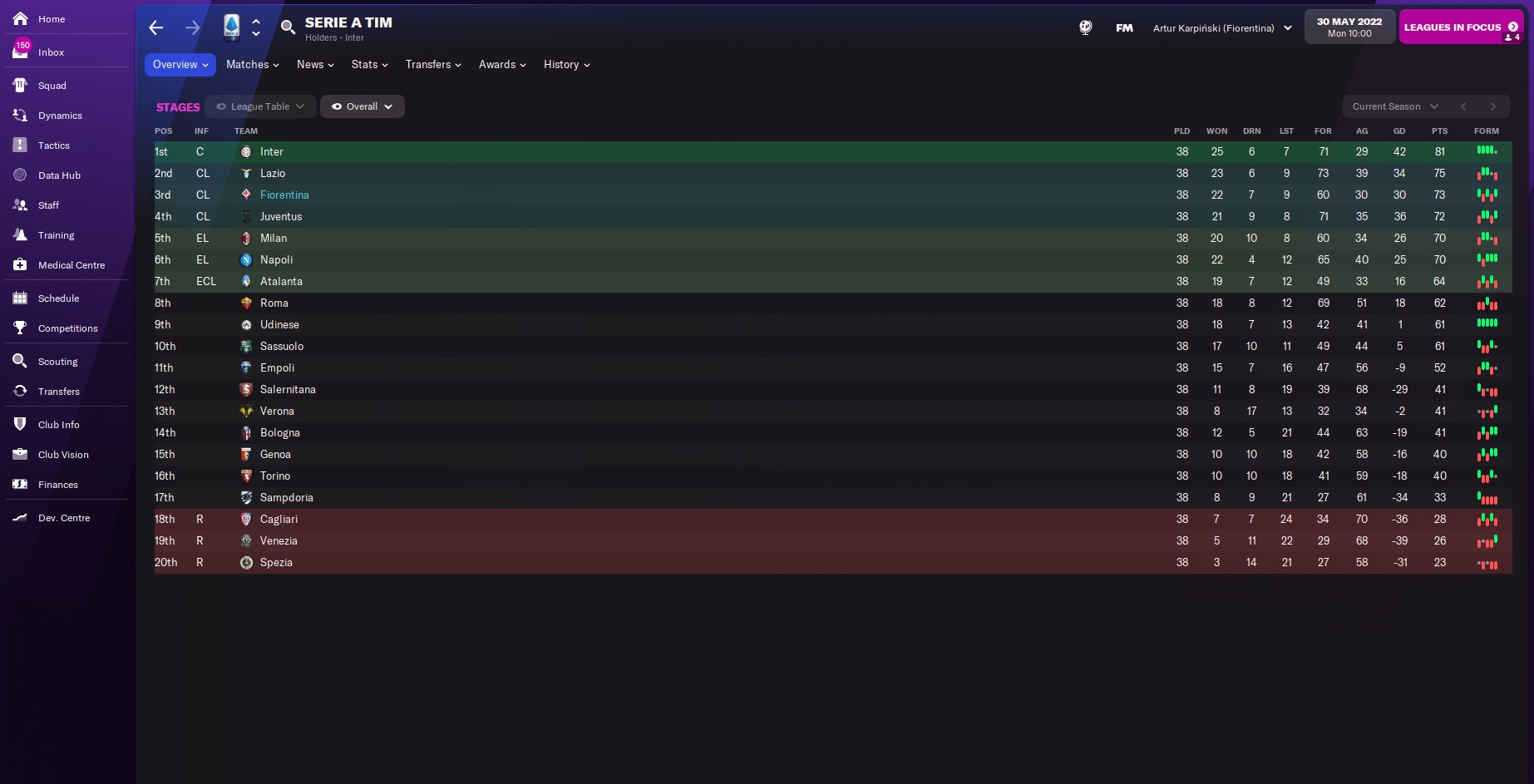 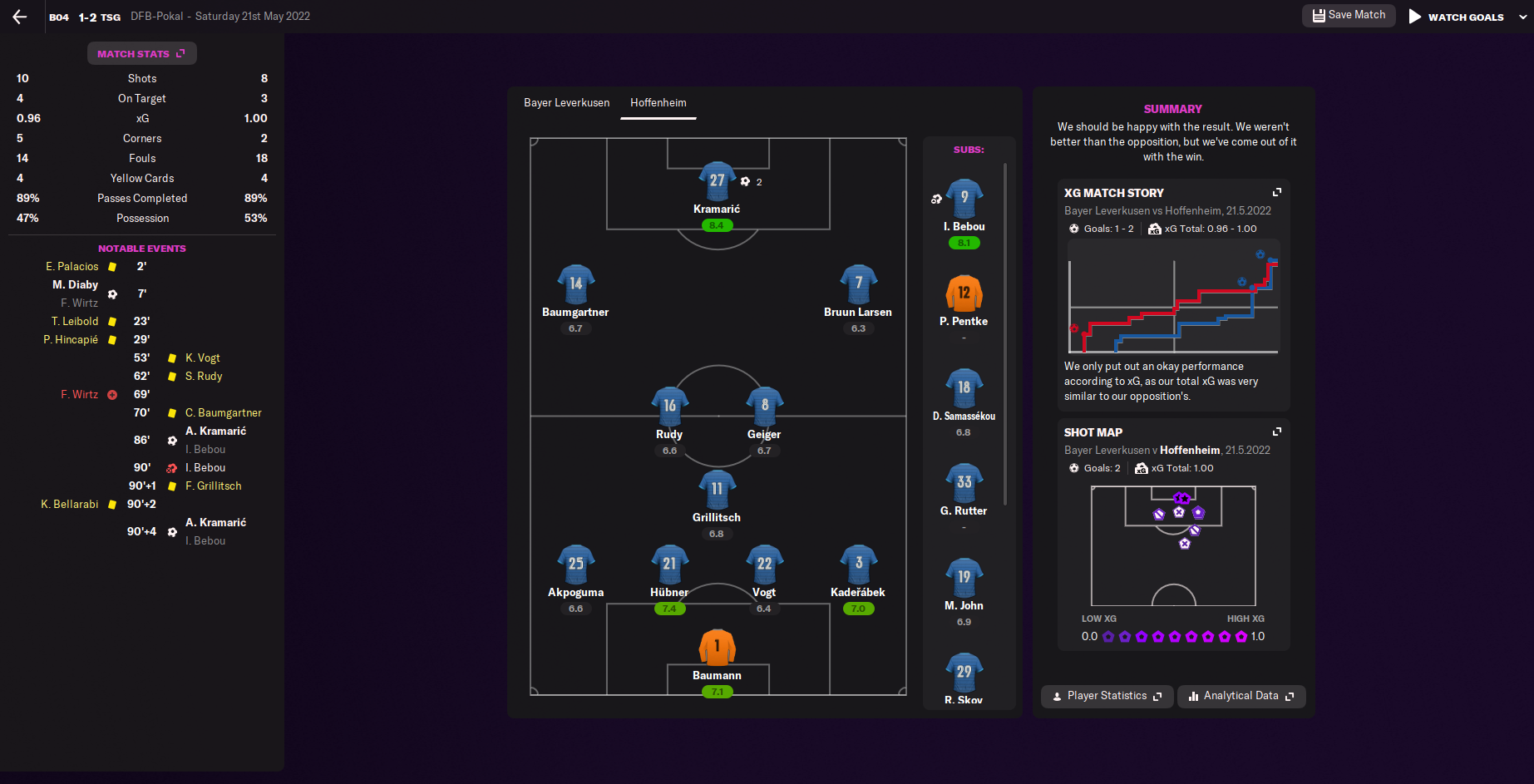 German Cup winners with Hoffenheim (7th in the league).

Give it a go, try it out, and let me know how it performed for you

I guarantee you'll defy the odds!