Download
Overview Updates (1) History Discussion
This Route One system is...simply put it, working wonders for my non-league team, we were supposed to come 18th in the League and fight against relegation, but with a few games left of the season we're about to win the league.

Not quite sure why exactly...but if it's effective why does it matter WHY it works?

I originally chose this system because I knew I was a poor team who I believed would not have much possession, so I wanted to smash it up field to a target man whenever possible, but as I edited around with the tactic, I used the long balls to get my strikers quickly in behind the oppositions lines and then, hold onto possession if the ball up top isn't on and then look for inside runs from my wingers. It has worked a delight for me so lets see if it works for you as well it would be great for you guys to tell me if it worked or not for you! 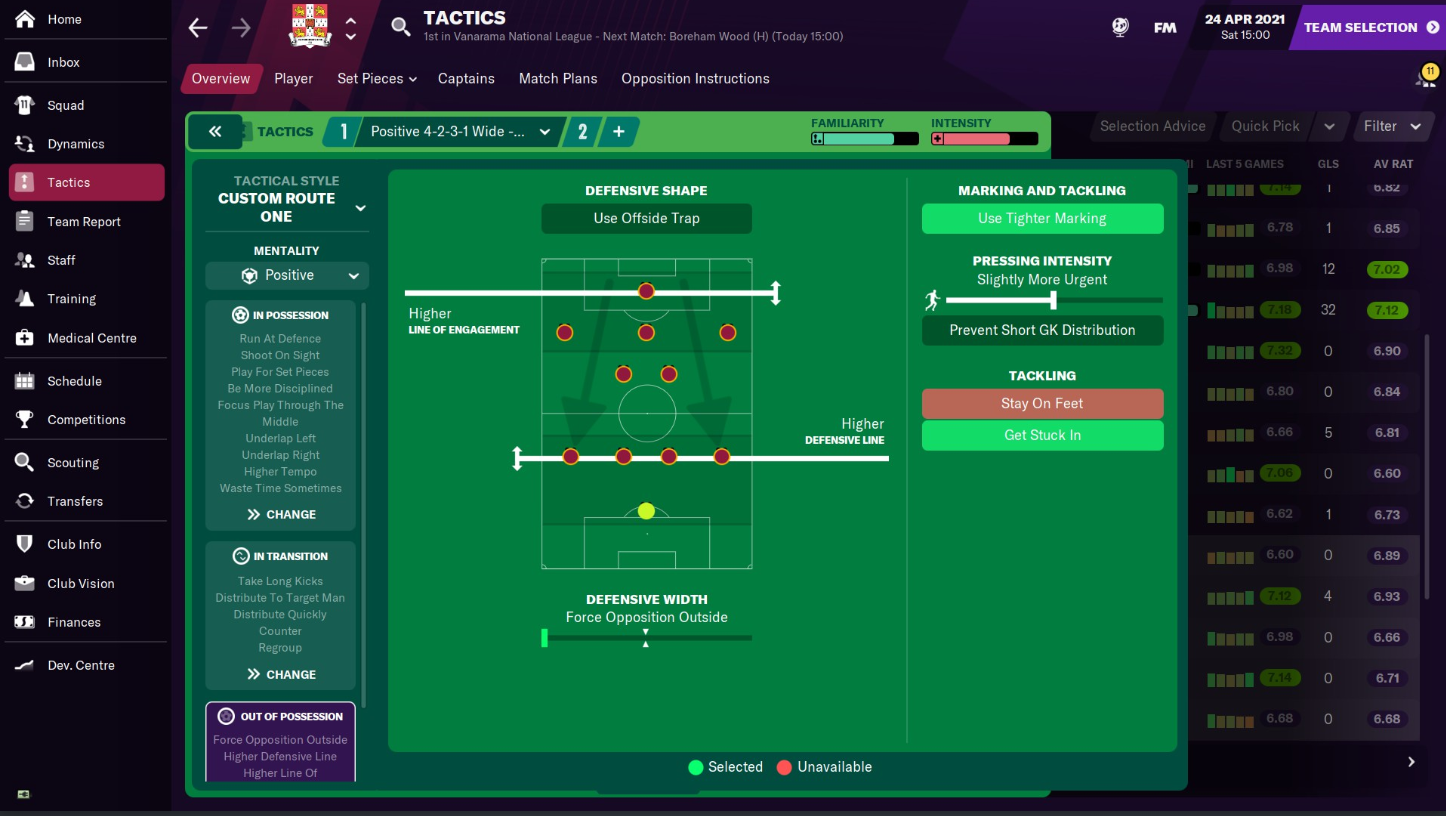 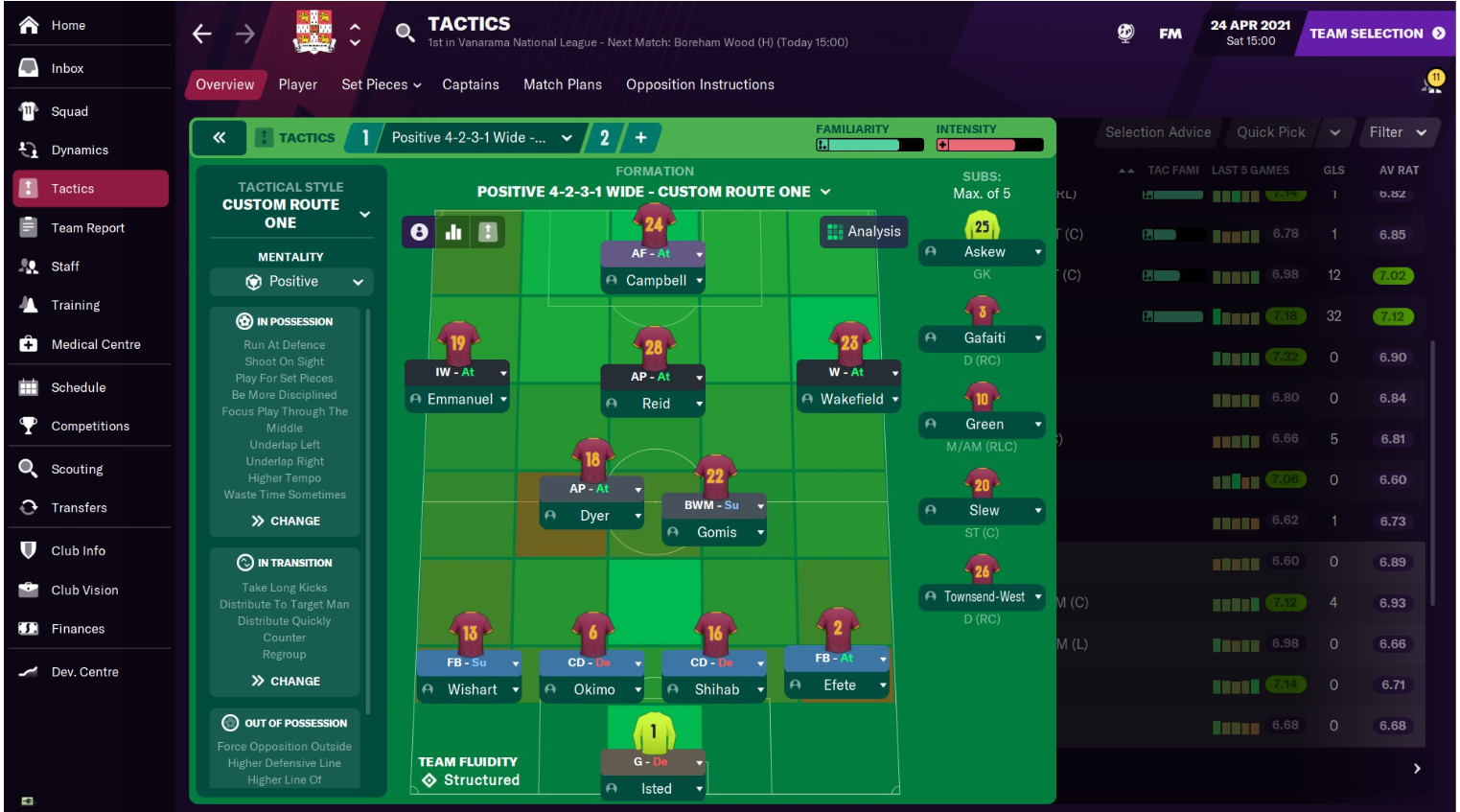 Predicted to come bottom but, with a few games left have secured at minimum a playoff spot and have only lost 5 games the whole season with my striker winning the leagues top goal scorer award by a mile. 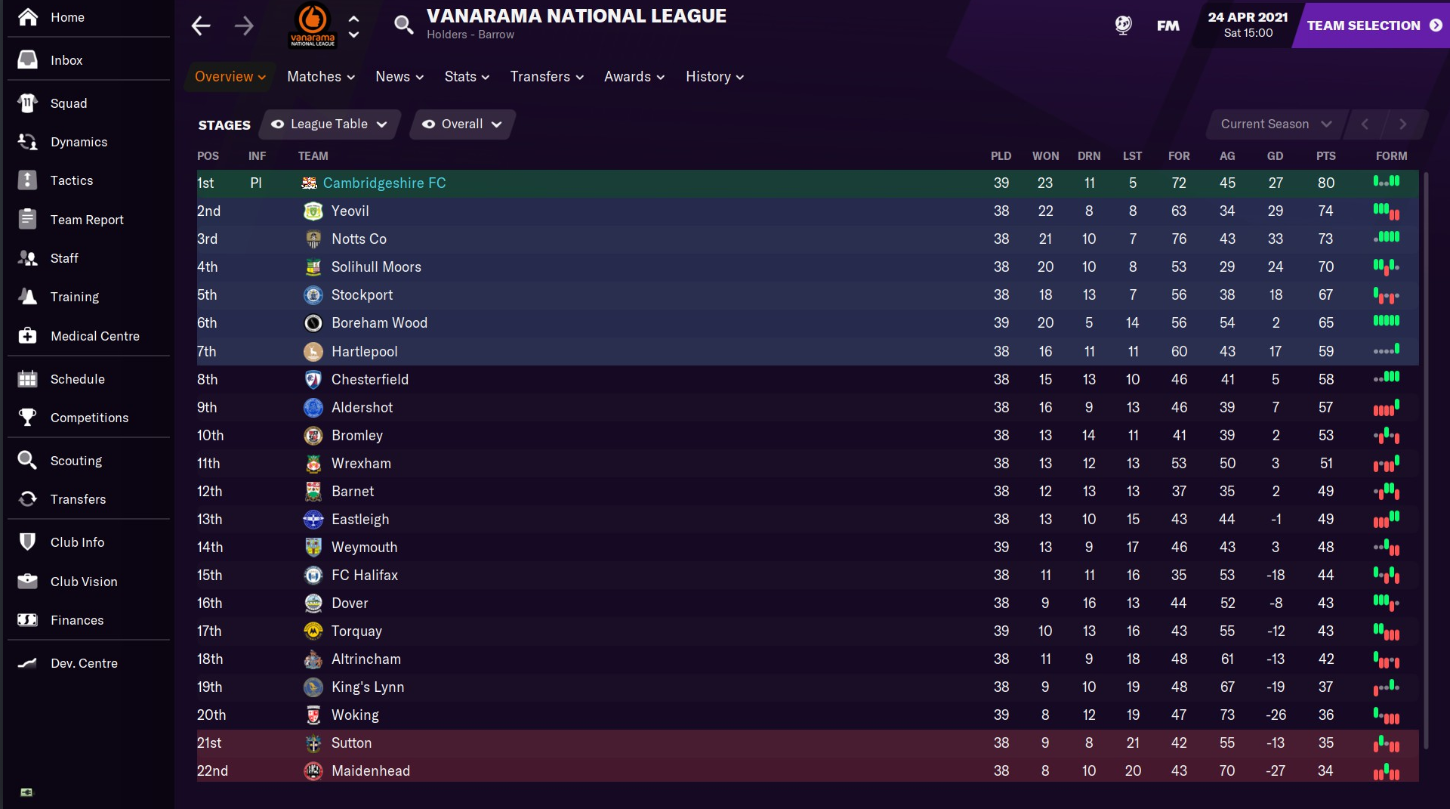