Download
Overview History Discussion
Get the ball up the pitch asap. No major pressure on the back line so forward players are open when the breakdown happens. This tactic is designed to exploit poor quality league levels where mistakes are common. Keep the ball in the danger areas basically. Give it wide to the full backs to play long balls up to the strikers, who nod back to high wingers who feed back to the strikers. Lots of goals, in both ends, but more in the right one, hopefully. I've been head and shoulders the top scorer in every season I use this. I am currently setting a record for goals scored with 7 games left to play, although I also have the 5th worst conceded goals too. It's nothing if not exciting.

It really helps to have a long flat bullet throw at full backs. Set Pieces are crucial too and try and fit as many tall players in as possible.

Wingers need to man mark there respective full backs to limit counter attacks. Try and get at least one CB above 13 pace. Try and find a parget man who isn't a snail either, nothing too rapid, but above 10 pace helps.

It's like heavy metal football, but as if it was performed by a local band in a pub with virtually no fans. The band would be called something like Sledghammer. Messy but fun. 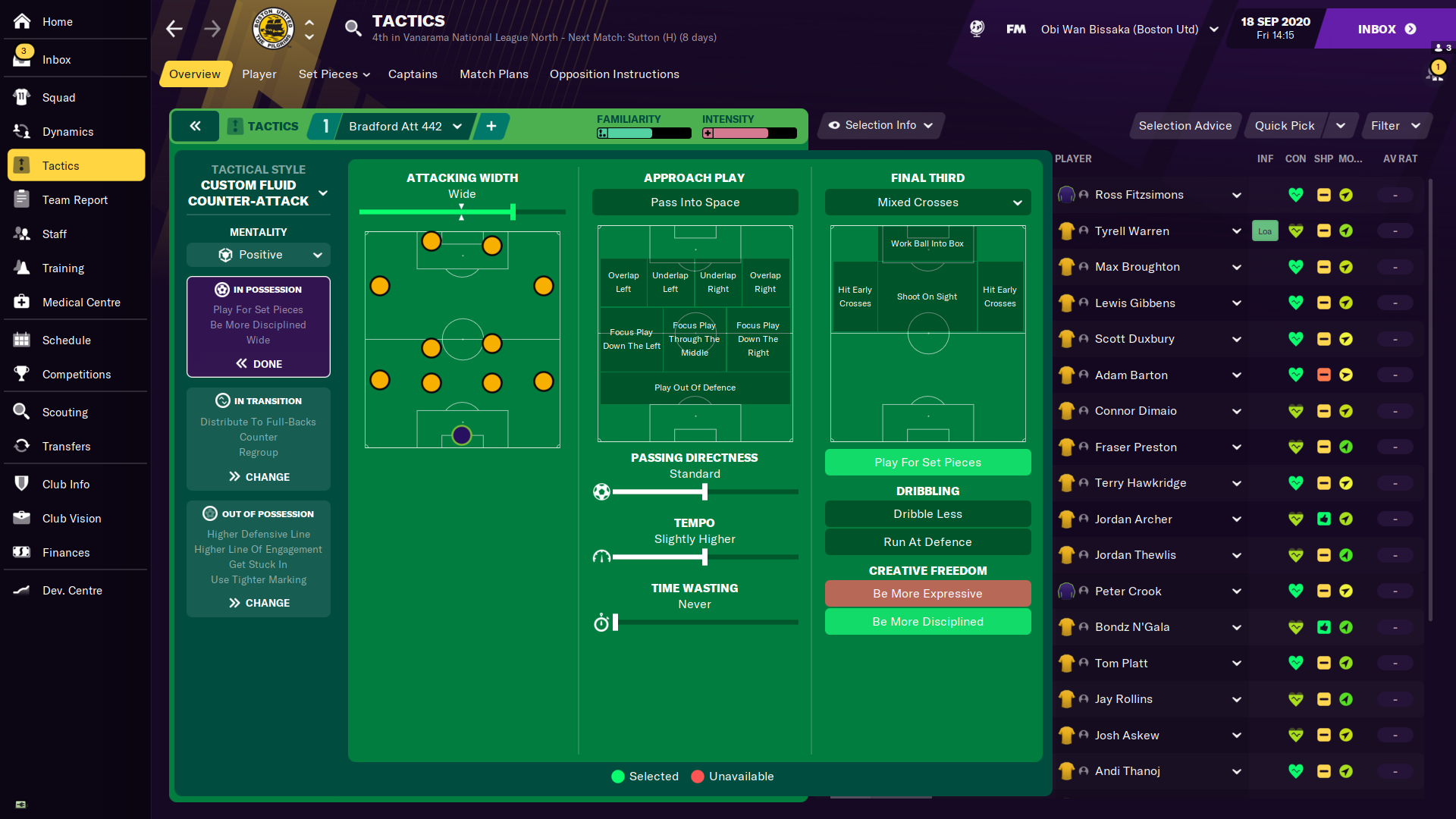 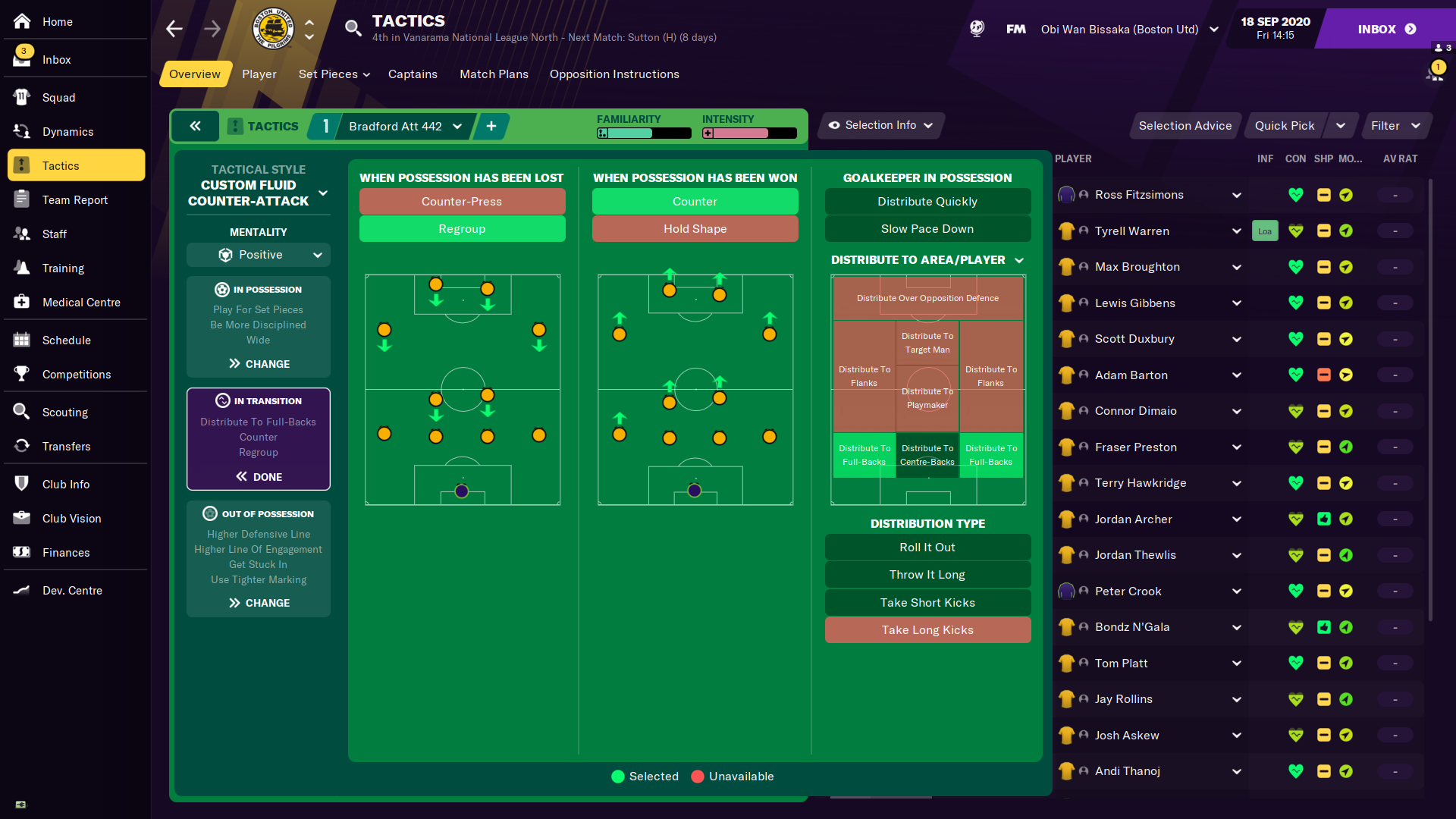 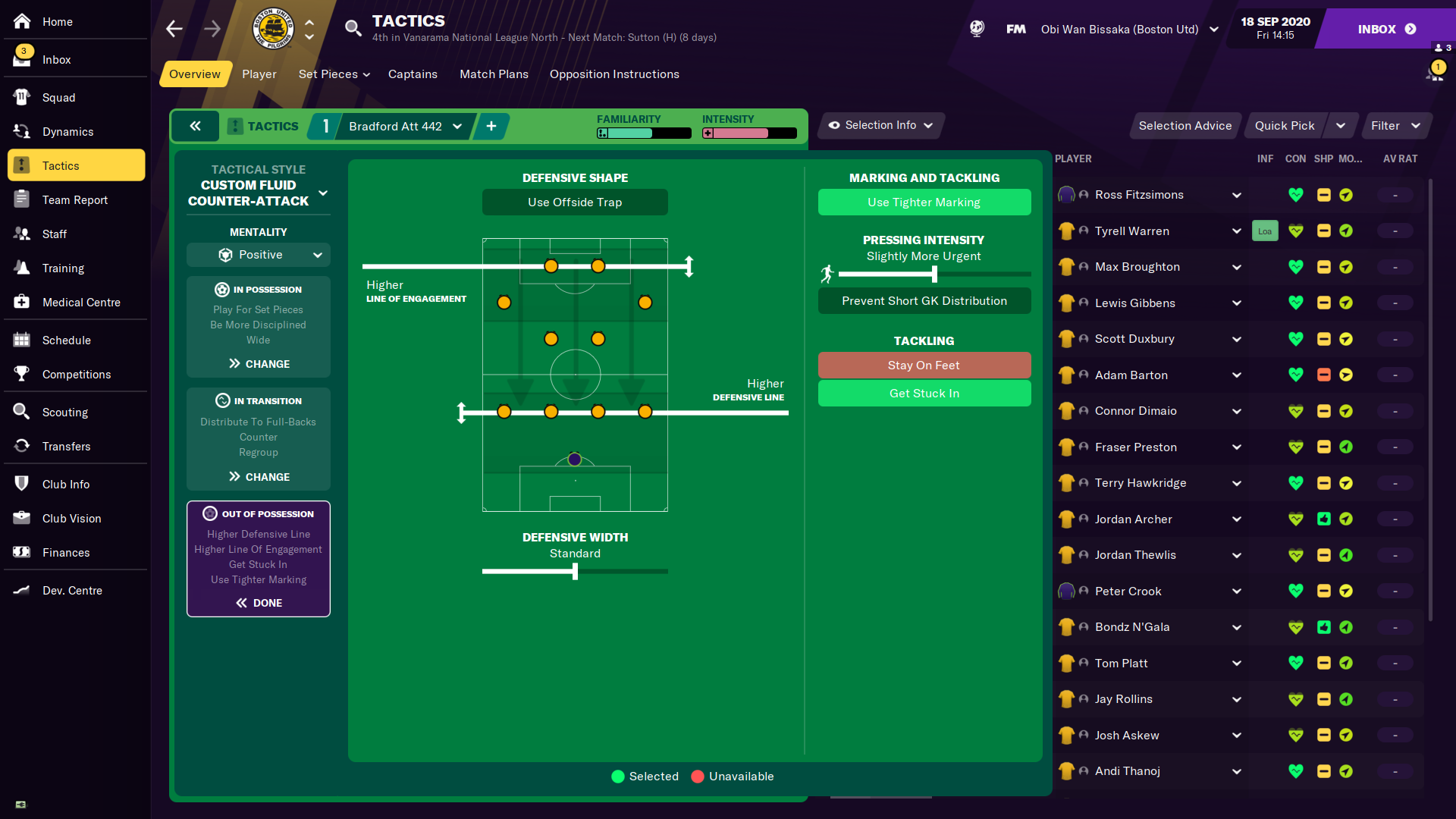