Download
Overview History Discussion
Created this to use with Man United. Considering how attacking and demanding it is, it likely might not work that well for weaker sides. Still in the first season, we've won 10 and drawn 1 in our first 11 premier league matches with 39 goals scored and 9 conceded. Overall this season, though, we've so far played 17 matches, won 15, drawn 2, and lost 0 (88% win percentage!). Our standout players have been Cristiano (12(1) apps, 19 goals, 9 assists), Greenwood (12(1) apps, 10 goals, 5 assists), Martial (6(7) apps, 8 goals, 3 assists), and arguably Bruno (11(2) apps, 4 goals, 4 assists) who I switch between AMC and MCL with Gravenberch (11(4) apps, 2 goals, 3 assists). Our wingbacks have managed to consistently perform well going forward (Shaw and Dalot have 4 assists each), and our midfielders generally continue to support our attacking play at a consistent rate (Barella came in to play as the Carrilero and has done well with 12 apps, 2 goals, 3 assists). Additionally, I personally think there are only 2 players underperforming from my own expectations so far. VDB (3(5) apps, 1 goal, 1 assist) and Sancho (8(3) apps, 1 goal, 1 assist) have been overshadowed by Bruno, Gravenberch, and even the 17-year-old Hansen-Aaroen (0(2), 0 goals, 1 assist) who assisted in his EPL debut and looked deadly in his second EPL match but sadly didn't convert. That last part is especially the difference that I'm seeing from VDB and Sancho, though; they just don't look deadly at all and barely contribute. However, VDB has been injured, and it may take time for Sancho to adapt, so I'm trying to be patient as I continue to give them minutes and experiment with roles/positions. Other than that, the squad has continued to show strength and dominance and remain an attacking threat to the opposition (6-2 v Watford, 6-0 v Southampton, 3-0 v Chelsea, 2-1 v Liverpool, . . .). I'm quite happy. Also, in the screenshot of the "schedule" tab, the first 3 friendlies were managed by my assistant, and our preseason was full of players on holiday and a few injured. Once we got our squad mostly together, though, we got running. 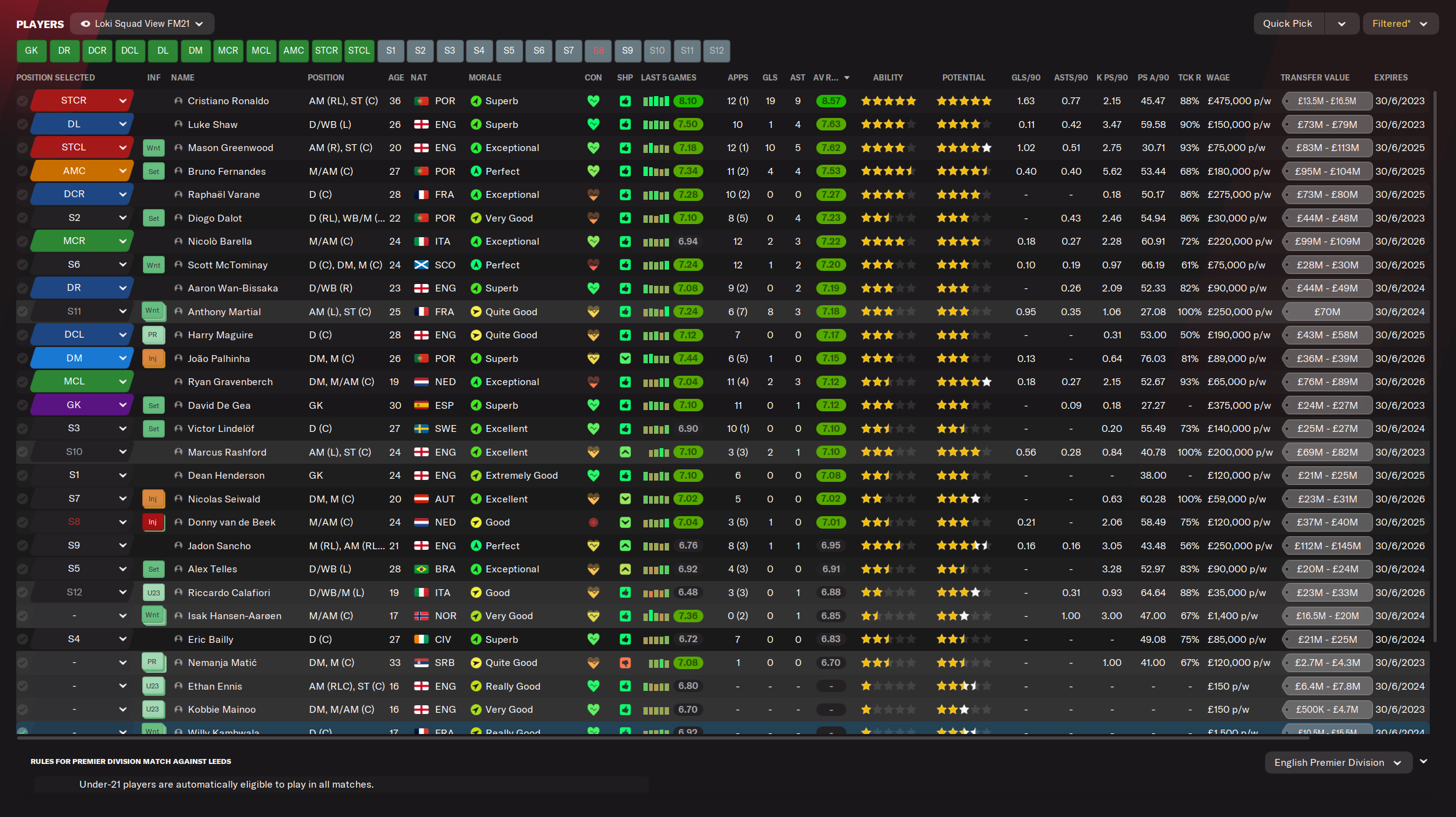 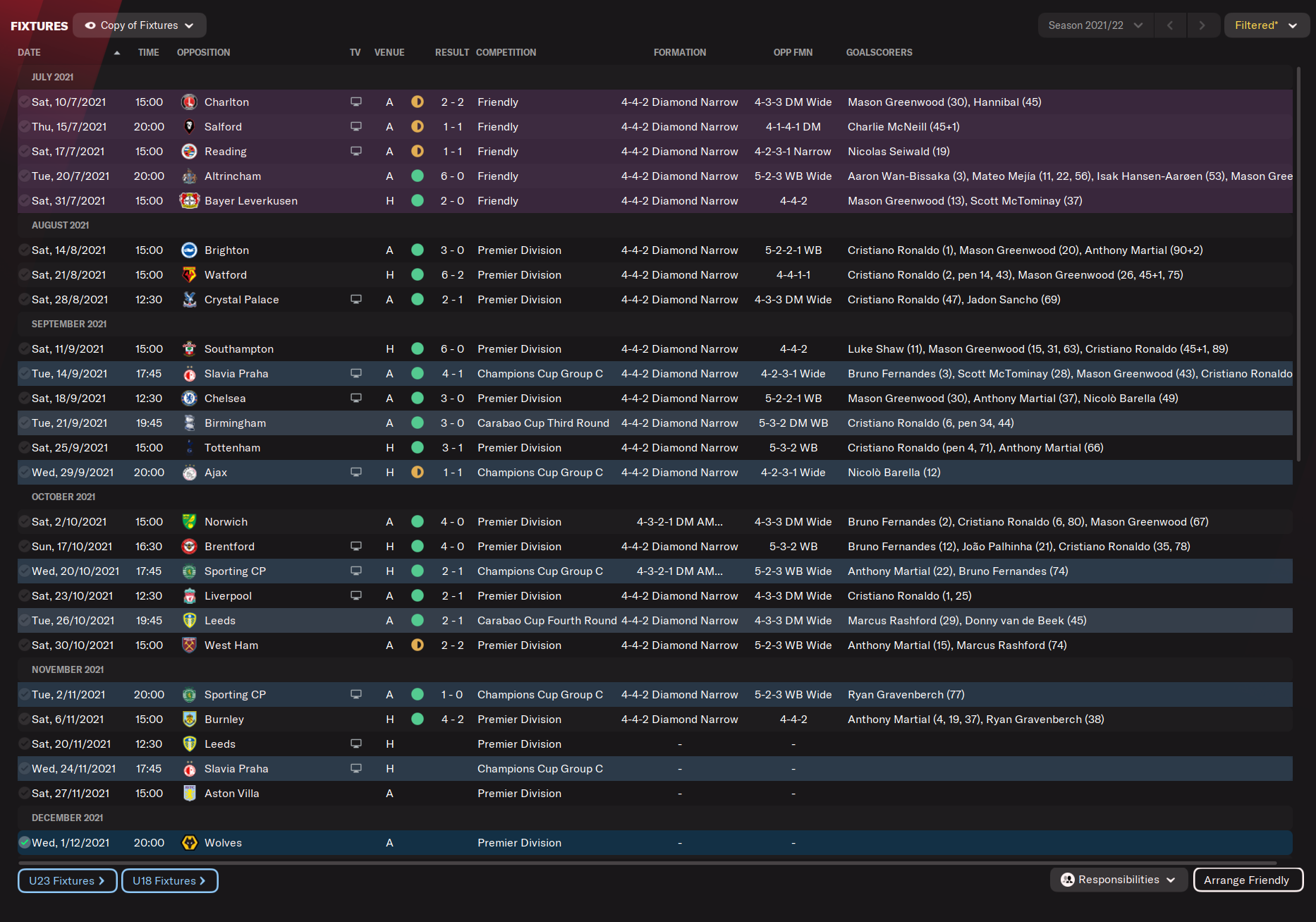