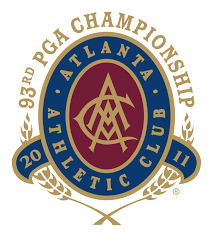 CUT: Top 70 and ties and anyone within 10 strokes of the leader after 36 holes.

WHO WILL WIN
Jason Day
He’s still three months away from turning 24, but the Australian has shown that not only can he compete in the big spotlight, he can compete in the big spotlight in America. At the Masters, he finished T-2 and backed that up with a solo second-place finish at the U.S. Open. What we like about Day’s game is that it’s made up of one-part fearlessness (he was taking aim at everything on Sunday at Congressional despite having no chance to catch Rory McIlroy), and one-part chip on his shoulder. In speaking to his wife during the third round at Augusta, she said he feeds off of people thinking he’s just another flash in the pan. This week, he’ll dispel that and more.
Click to expand...

WHO CAN WIN
Rory McIlroy
The big news at Firestone last week was that McIlroy is strongly considering moving to the PGA Tour full time next season. His reasoning? He feels much more comfortable playing the American courses than those overseas. That seems to be the case, considering his two biggest victories as a pro have come in this country — 2010 Wachovia Championship at Quail Hollow and the U.S. Open two months ago. Atlanta Athletic is a birdie-friendly course and that’s how the 22-year-old Northern Irishman feasted at the U.S. Open.
Matt Kuchar
Kuchar has officially reached that point in his career where Stewart Cink was before winning the British Open two years ago: He’s too good not to win a major and he’s entering his prime. Something has to give. This might be his best chance. Despite being born in Florida, Kuchar considers himself a Georgia boy, having gone to college at Georgia Tech. He knows the championship courses in the state by hand and favors Atlanta Athletic.
Hunter Mahan
He’s very much like a younger Kuchar in terms of talent and profile, but lacking that major championship. Mahan can string together birdies (and eagles) with the best of them, meaning the Highlands Course should fit his eye just fine. Remember: At the last PGA Championship at Atlanta Athletic Club, David Toms won with a final score of 15-under par. If that’s any indication of how things will play out this week, Mahan should rise to the top.
An unknown
Many majors crown a champion that comes out of nowhere, but the PGA Championship seems to specialize in this category. Who knew about Rich Beem or Shaun Micheel before they won? What about Y.E. Yang? Heck, only die-hard golf fans knew about defending champ Martin Kaymer before last year. With scoring conditions expected to be ripe, all it might take to win is a guy with a hot putter. Here’s one off-the-radar guy to watch: Pablo Larrazabal.
Click to expand...

WHO CAN’T WIN
Phil Mickelson
Lefty had a surprising (perhaps the better word is shocking) T-2 finish at the British Open last month. But all it seemed to do was reinforce the notion that his major-winning window is getting smaller and smaller. He was right on Darren Clarke’s heels after the front nine on Sunday, then imploded and couldn’t recover. Plus, at the PGA Championship, Mickelson hasn’t had much success since winning at Baltusrol six years ago, with just one top-10 finish since.
Martin Kaymer
The 26-year-old defending champion had a decent outing at Royal St. George’s last month, finishing in a tie for 12th. But that has been the extent of Kaymer’s strong showings in the majors since taking his first major title last year at Whistling Straits. Also working against him: The fact that outside of Tiger Woods (twice), the PGA hasn’t had a back-to-back champion since Denny Shute did it in 1936-37.
Darren Clarke
For all the good feelings (and champagne) uncorked during and after Clarke’s emotional victory at the British Open last month, now is the time reality sets in. Since 1950 only three men have won the British and PGA back-to-back: Padraig Harrington (2008), Tiger Woods (2000, ‘06) and Nick Price (1994). That’s it. For as nice of a sequel it would be to Clarke’s first major, chances are he won’t make it four.
Dustin Johnson
He was right there again and then — poof! — there went that major championship Johnson was supposed to finally capture. That makes three almost-wins in the last six majors contested for the 26-year-old Johnson, a nasty habit that seems to be biting him over and over again. First, it was a collapse on Sunday at the U.S. Open at Pebble Beach last year. Then it was a rules miscue, grounding his club in a bunker last year at the PGA. Then it was the out-of-bounds shot on the back nine last month at the British. We’re just not confident in him ... yet.
Click to expand...

WHAT ABOUT?
Tiger Woods
He has won this event four times in his career. This course is primed for low numbers and lots of birdies. But Woods isn’t the same Woods who won his last PGA Championship in 2006 at Medinah. Before last week at the Bridgestone Invitational, he hadn’t played a full 18 holes since the final round of the Masters in April. He has been suffering from knee and Achilles’ problems. He then dismissed his caddie, Steve Williams. So what to make of his first major championship after all of that? We have no idea. But if there’s a more forgiving course to make your return at then Atlanta Athletic Club, we haven’t seen it.
Click to expand...

So anybody going to be watching? Who do you think will win?

After Day 1 Steve Stricker is leading on -7, 2 shots ahead of second-placed Jerry Kelly. MclLroy injured his hand/wrist early on but managed to hold it together and finish on E. Also on E is World No.1 Luke Donald. But way down in T129 with a dismal +7 is Tiger Woods. He has no chance of winning and now faces a fight to make the cut for the weekend.