The Cottagers persuit for greatness 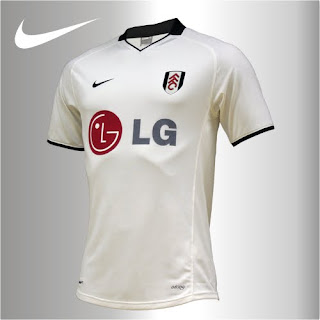 After Roy Hodgsons long awaited retirement Fulham have announced former Portugal international Paulo Dos Santos as their new manager and believe that he is the man to elaborate on the great success Roy Hodgson has brought them. After racking up just over 20 years of playing experience he is said to be extremely excited about putting them into practice as a manager.

New Fulham manager was said to be itching to get wheeling and dealing after he was given a mere £500k by the Fulham board.

He is said to be be delighted to secure his the first signning of his managerial career, Fabio Celestini £230K from Getafe. Ebi Smolarek, Jorge Andrade, Michael Ball and Sol Campbell on free transfers. His supposed last signing of the transfer window was hot prospect Jonjo Shelvey £750k from Charlton. Dos Santos delighted the board and fans and he managed to pull the cat out of the bag once again, David Beckham! Signing the English ledgend on a free transfer, he will join in January. The total cost of the transfers were £975k. He had this to say about the signings "Im delighted to be able to secure these signings so cheaply. All of them except Jonjo(A future star) will give us a lot of varied experience. I brought in Celestini to gice use some much needed steel in midfield and experience from different leagues, Smolarek was brought in to add extra flair upfront, Andrade was brought in for his European experiance and to add an extra dimension to our defence next to Brede, Ball was brought in to give competition to Konchesky at left back, Sol, well basically to warm our bench as he is getting on and Jonjo as he is a great prospect and in my eyes a long term replacement for Danny Murphy. Last but not least David ******* Beckham. Im delighted to be able to capture a player of his stature and im am sure that he will do this club proud."

Dos Santos had this to say about the departures "Ill have to make this short and sweet. Letting these players go was in the best interests of the players and the club, i wish them all good at their new clubs." 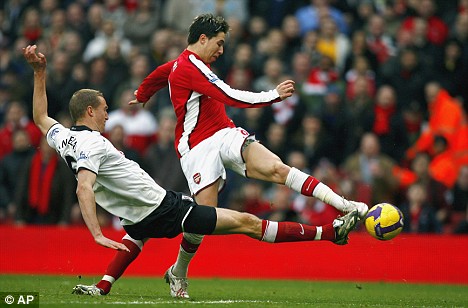 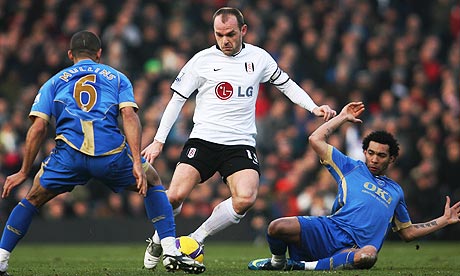 Ill be updating and adding screenies later on, if you want anything extra just ask

I was thinking of making a Fulham story a while back. Good luck Wouldn't of sold Hughes for less than £5m though, and Kamara is good too.
P

Thanks Max, I didnt need hughes and he was wanted so i sold him. Kamara looked abit stupid a player but my assistant said he was 2 and a half stars but he wasnt gonna be a first choice so i decided to cash in on him
M

Hmm Allow people being these massive teams like Fulham bit unfair on rest of prem due to their amazingness, shame SI Games don't share my views
G

Fulhams seasons about to get underway:

Fulhams manager is happy as his squad is ready and rearing to go as the new season gets underway. After convincing pre season results his team will start their season off at home against newly promoted Burnley.

"Apart from the raping against Chelsea im delighted with the results. I would have to say that Ebi Smolarek has been a revelation of a signing, scoring five goals so hes my player of the month."

"Well its been a mixed month, three wins and two losses. Im delighted with the backups against Hull and theyre really taking a push for first team football. I was really happy with the Zurich result hoping to come away with a draw at most but we came away with a well fought win but we shouldve scored more."

Chelsea really hard to beat, some good results though
G

Thanks Jack and theyre impossible to beat. I controlled possesion but only made like two chances in that match :'(

Good luck with your Fulham career.

Kamara is a good player, scored some great goals for me.

I'm currently in my 4th season with Fulham and i still have Stoor, he always gets solid ratings so ive never decided to sell him...
G

Well its been abit of a struggle went like 7 matches with out a win and got hammered by a few teams. Im in January now so ill update in a minute, just loading the game up now
G

"Not a particularly great month for us. Hopefully well be able to grab a few more wins next month."

"Our form seems to have lost us of late, with that embarrasing loss against Tottenham and a goalless draw at home. WE NEED TO IMPROVE! Although weve had a few discouraging results that win against Villarreal showcased our potential, its something that we can build on for the future"

"It seems to be our little fashion of giving away late goals, i hope they change their style! Atleast we got back to winning ways with that win against Wigan after going on an eight game win-less streak. I think the FA are bonkers to give us 10 games in a single ****** month! Nevermind that we had four away games in a row and the last three had two day spaces between them! FA need to buck up their ******* ideas! On a calmer note i think Hangeland has been superb over the last few months for us after a few back to back man of the match performances he deserves to be our new captain. Danny Murphy better put some vaseline on that bald head of his and buck up his ideas!"

"Im happy to announce that we have completed the signings of David Beckham(free from LA Galaxy) and Christian Poulsen(£4.2m from Juventus). To be able to attract players of their stature just shows the vision and the direction that the club is going."

"Their still two games to go in this month but results are starting to pick up and our season should soon be back on track. That away draw against Chelsea was the great result which showed that things are going in the right direction however that draw against Brentford was hopeless and we should really be winning these type of games and the replay was just as bad with a late goal saving their *****!"
Last edited: Dec 1, 2009
S

yh, i late run will get you there
K

scott button said:
yh, i late run will get you there
Click to expand...

a shakey start but im sure youll improve mate
G