I've made updates to this tactic and done a lot of testing. With a lot of improvements!
This new tactic uses inverted wingers. Use left foot on right wing and right foot on left wing.

Did my last testing with Arsena (no signings), and I replayed the first season over and over. Very stable and won the league every time. As well as most cups too, EFL cup, FA-cup and Europe League.
Used Aubameyang on left wing and Pepe on right wing, they both went crazy with goals and assists.

Please try it, thanks! 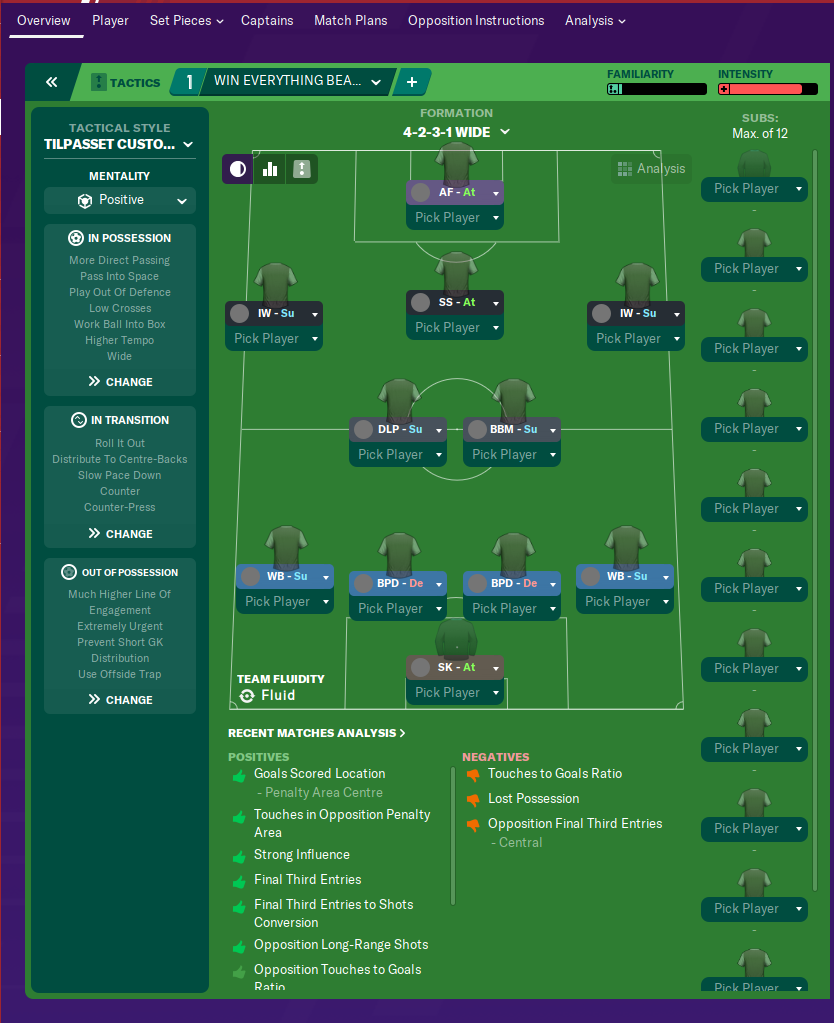