I had been in the market for a job in football management for months on end with no luck. I guess my one professional app will not do me any favours. I had sent application on application to teams such as Boston United and i even had a cheeky attempt at getting the Preston North End job. I think you know what the answer to that was. I am 25 years old and just moved into a new home in Sheffield. I knew i had days on days of unpacking, painting and decorating my new home. I was desperate for a job but i could not pull myself away from my lifelong ambition of becoming a football manager. I mean, i have played the game 'Football Manager' and will continue to do so even if i do fulfill my dream. It is a great game and it truly shows you the ups and downs of football management and i'm ready for it! My only real experience of what it is like to be a football manager is when i was 17 and i helped manage a under 13's Sunday league team in which we won the league and then came my break.

I was offered a contract at Luton and i made one senior appearance before injuring something in my leg which the doctors said would end my footballing career. I support Sheffield Wednesday through and through but after Luton gave me the chance to become a footballer i will always have a place in my heart for them. It was great seeing Sheffield Wednesday in 5th place in Npower League One but as for Luton, a team that used to brace the Premier League are slowly fading away. They are 11th in the Blue Square Premier and i honestly fear for them as they are performing sub-standard and they are not in the best position financially. After my horrific injury i went on to do my coaching badges and i completed that and then went to work as an Estate Agent. I had money, well some, and a new home. What could be better ? 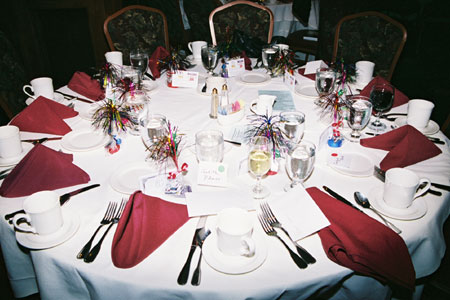 I had gathered all of my family around for dinner at my new house in Sheffield. There was me my mother, father, sister, niece, auntie and uncle all gathered around my large dinner table when my phone started to ring.'Sorry, i have to take this call ' I said. It was my agent.

'I am a bit busy at the moment, i have got my family around for dinner'
'No, Joseph, you have to listen to me okay?' He said firmly.
'Yeah, quickly'
'Okay, all i can say at this point is that you will have a phone call, a very special phone call in 20 minutes. Do not miss it!'
'Umm, okay i suppose. Goodbye'

I hung up wondering what he could of been on about. I sat back at the dinner table and got stuck in to my roast. That's when the questions started coming. 'Who was it?' , 'Was it important?'. I answered calmly 'It was my agent, he said there will be a very special phone call for me soon'.

20 minutes later
I heard the phone ringing so i sprinted from the table. Bad manners i know but i was excited. I answered.

'Hello, can i speak to Mr. Southern please?'
'Speaking'
'I am Nick Owen's personal assistant'
'Nick Owen as in Luton's chairman'
'Yes. He is waiting for you in the Park Hotel pub. Can you meet him?'
'Yes, of course i can. Thank you'.

I ran into the room got my car keys and off i went. I arrived at about 2 pm and i saw him sat on a table in the back left corner of the pub. I made sure my suit looked okay and i slowly approached him.

'Hello Joseph' He said with a cheeky grin which worried me a little.
'Hello... Sir'
'We received your application for the vacant managerial position at our football club. We would like to offer you the job until the end of the season?'
'That would be great!'
'Good. We can pay you £1,100 per week, are you happy with that?'
'Delighted... Sir'
'Okay, can you start work, say, on Wednesday. We have sorted you a flat for the time being.'
'That's great. Thank you so very much'

Well you got the tricky part-the very start out the way. Lookin' good so far


(though if you come up against Everton in the cup I expect you to let them win if you don't mind. kthx)
I

Haha ajt09, they're probably already out of the cup haha! And i expected you to take over at Everton not Swansea as you're a Toffee.
A

I3east said:
Haha ajt09, they're probably already out of the cup haha! And i expected you to take over at Everton not Swansea as you're a Toffee.
Click to expand...

That would've been too much. They're in Europe and BK wouldn't have taken me on. More than happy with the AVB appointment though lol
I

ajt09 said:
That would've been too much. They're in Europe and BK wouldn't have taken me on. More than happy with the AVB appointment though lol
Click to expand...

Haha, signed one of Everton's all time top scorers
A

Who would that be ?
D

I3east said:
Who would that be ?
Click to expand...

God Jeffers. Career rapidly went into the shape of a pear lol
I

I will try and get a few updates up ASAP but my auntie is in hospital over christmas so i will be visiting her.
I

Now i had settled in my new flat i needed to evaluate all of the options regarding my squad. Squad depth, strength and i needed a natural goalscorer although i don't think they're many that will drop to this level of football. In my first training session i made the strikers do shooting and penalties, the midfielders did tackling, shooting, passing and crossing whilst the defenders did tackling and heading.

The Players Working hard during training​

All of this was preparation for me to make some new signings and see who needed moving on. One player who was unhappy at this sort of training was Aaron O'Connor. He said 'Boss, this is sh*t! why do we have to do it?' I replied 'Because i said so okay?' In which he said 'Bollo*ks to you' I called him aside straight away and told him to get out and his contract had now been terminated. That wasn't the best start seeing as my first game in management was tomorrow and there was no chance that i could get any new signings in. The board said that they would willingly find me a parent club in which will garner extra income which could help out with future signings. I gathered my scout and told him to get scout reports on the following players. Thomas Cruise, Francis Jeffers and Steve Howard.

This was it. My big day. My first game as Luton manager at home against Southport. I arrived at the ground about an hour early and just sat in the main stand of the 10,500 seat stadium. I needed to get a feel of what it is like to be a fan and what they see and we don't. I told my coaches to set up a training session on the pitch and i logged on my laptop to see if i had any urgent email. I had one from Leicester.

From: [email protected]
Re: Transfer offer

I have recently received your loan offer for our 35 year old striker Steve Howard and we would like to inform you that Steve has rejected the chance to join your club but would like to wish you the best in the future.

It was about 10 minutes before kick off now and i could tell confidence was low in between the fans, 4,552 tickets had been sold with no pay on the door available and over half of our stadium would be empty. I sat the players down for the team talk.

'Alright lads. I'm new to this sort of thing but what i know is that the team is under performing! You're 11th in the table when all of the fans out there were expecting promotion. You're a good bunch of lads who are very good at football and i'm sure we can work our way back up the table if we keep our heads screwed on. Just listen to what this club means to the fans out there. Go out and do them proud lads!'

I walk out of the tunnel to a loud noise. It was the drummers at the back of the stand trying to get a chant going. I think it was 'Joseph Southern's barmy army! And that felt special and i will cherish that moment. 4,000 fans singing my name and i felt the team had to deliver now. It was a frantic first 10 minutes as both teams had chances and Southport even hit the post. I was getting worried when Jon Paul-Kissock opened the scoring for us in the 30th minute. I did a fist pump and the players all celebrated together which was good to see. I knew we needed another goal to kill off the game and it cam in the 90th minute. An in-swinging corner was met by the head of Shane Blackett and went in just under the bar. This was his first game this season and he ran over and included me and the staff in the celebrations. The first real feeling of togetherness but we still were leaking chances and not scoring enough so i was back in the market for some fresh faces. Love the style, and love that you are a manager that takes absolutely no ****!
P

Today officials from Luton Town Football Club have told us that they have signed three new players just three days after new manager Joseph Southern was appointed. The first is Alex Stockinger a 18 year old Norwiegen international who is set to have a good future in the game. The second was a two year deal of winger Sone Aluko, although he is injured he managed to pass his medical and sign the dotted line. The pacey Nigerian winger will be looking to use his pace and dribbling skills to add some much needed 'spice' into the current Luton squad. Southern's third manager was of the experienced Francis Jeffers, formerly of Arsenal, Everton and Sheffield Wednesday. Jeffers was a free agent and was keen to get back into football. However, the most he has ever scored in a season is 6 so will Southern's decision to sign a 'flop' who has accumulated £9,200,000 in transfer fees over his career be decisive ? ​
T

Francis Jeffers, what a blast from the past!

Someone you should look at if you get promoted, Antonio German, the QPR forward, should run out of contract in the summer. Not great stats, but seemed to bang them in for Stockport on my Morecambe save!
I