Starting new save in A-League. what players could people recommend me to sign prefer australian players but other would be appreciated
L

Depends on what you're looking for.

There is a young keeper named Dennys Martin floating around the state leagues (forget which team) who has always developed nicely for me.

Jackson Irvine & Tommy Rogic often find themselves listed in Scotland. There are also a couple at Korean clubs who never last long, though names elude me ATM (sorry).

Richard Porta (?) a striker playing in Uruguay... That's about all I can think of ATM
K

Enjoyed reading your story. Only thing is how do u find not being in a champions league at all.Even if u are the best team. I would find that annoying myself
K

ashleygratton93 said:
Enjoyed reading your story. Only thing is how do u find not being in a champions league at all.Even if u are the best team. I would find that annoying myself
Click to expand...

it is VERY annoying, especially because I'm missing on a lot of money from ACL and most of all Club World Cup! Luckily I have the New Zealand national team providing the most interesting challenges of my save
C

In my Phoenix save I picked up Curtis Good, Brendan Hamill and Tom Rogic second season On frees. Taggart comes off contract around then also. Amini, Ibini and a couple of other aussies playing in Europe are available too. I always pick up Georg Illiev from Bolton on loan up front and he gets released after a couple seasons. Hes been the best player in the A League every season.

Playing as Phoenix and not qualifying for the ACL sucks I only ended up playing 4 seasons cause of this.
C

Daniel De Silva from Perth Glory is a great player, but he is on a transfer to AS Roma, you might be able to loan him.
M 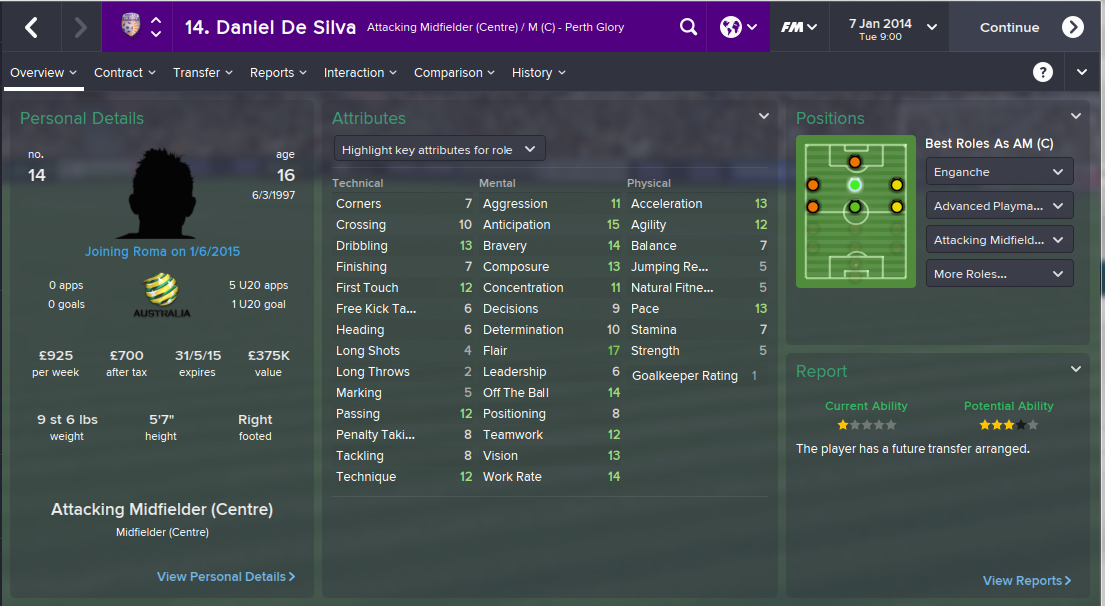 Jacob Melling can be picked up on a free, Young Aussie CM!
X