Hello guys
I started a new career as an unemployed manager and take control of Ipswich town without even having knowledge about this team. Media prediction for our first season is 4th. I always play the game with standard formations in this 19 years which I started playing. But during pre-season friendly games, I suddenly developed a 4-1-1-4 formation that worked against athletic bilbao and the game ended 2-2 ! So I decided to go with this formation cause the squad have so many wingers and forwards and I realized that I can use them at same time ! At first it looked like a suicide as we play with only one CM ! But we're 2nd in table, 4 pts behind, with a game in hands. 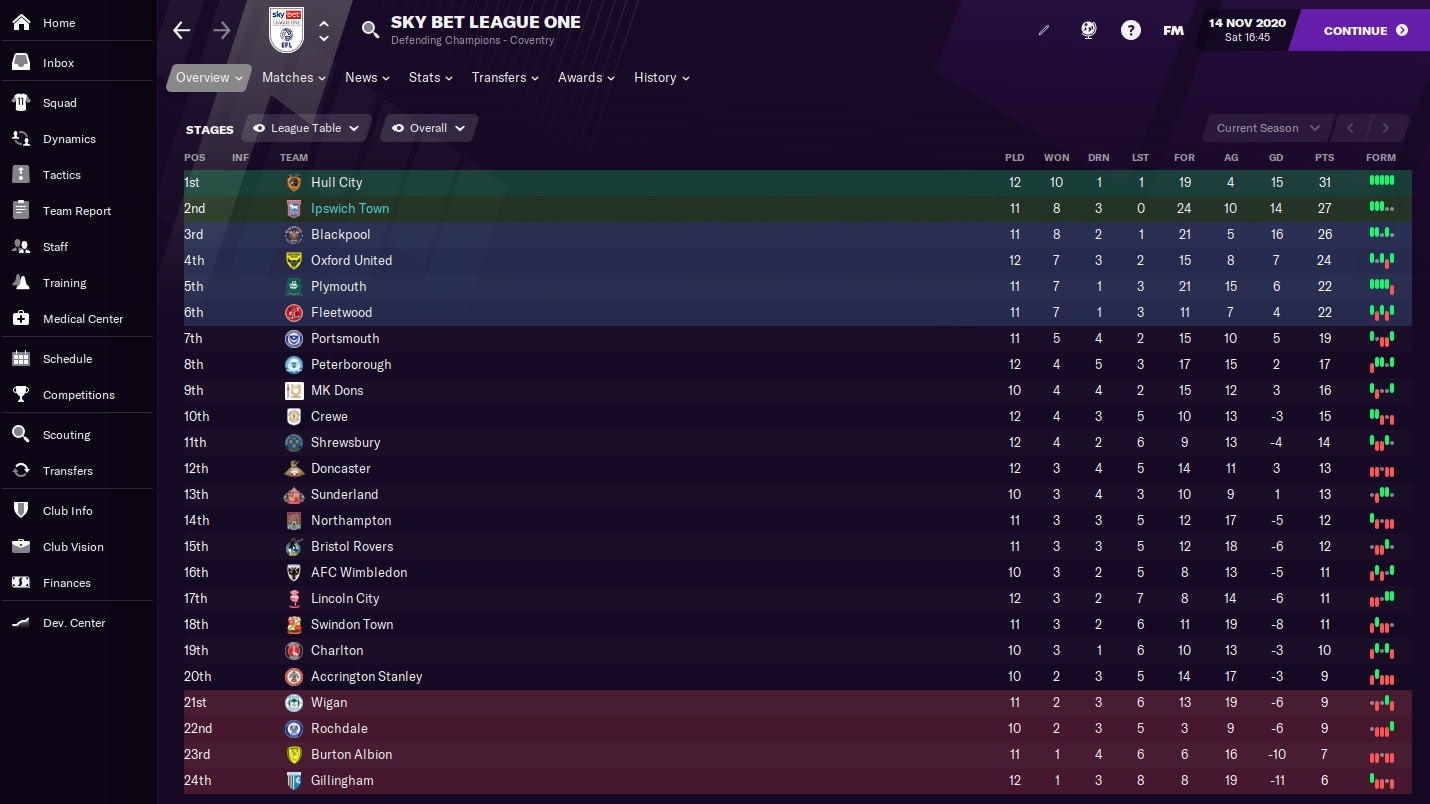 Here is the league standing after 11 games.
as you see, we scored 24 goals with my new formation which I think of it as a suicide attempt in every game ! 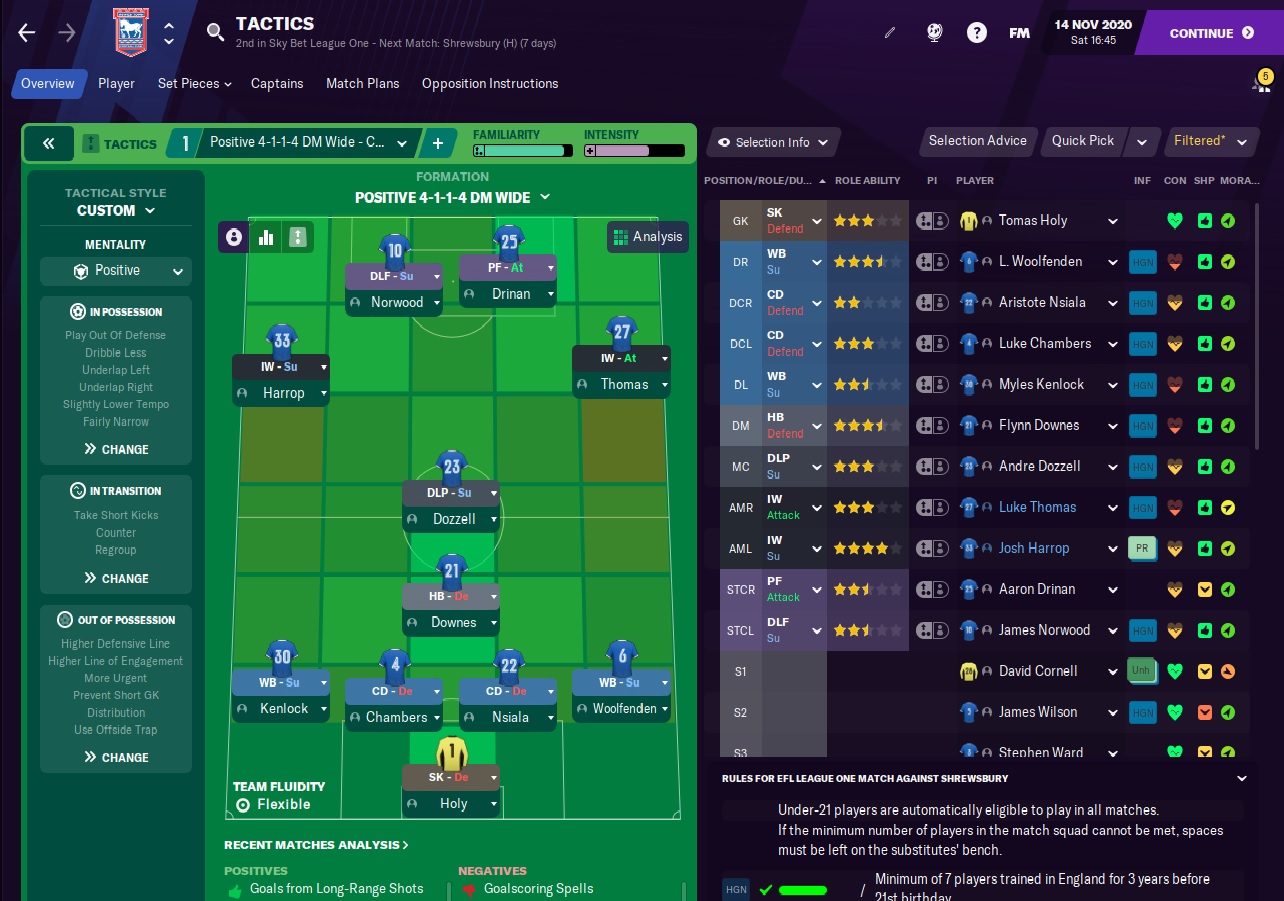 This is what I'm talking about ! Too much risk for me as I played mostly 4-4-2 or 4-3-3 in recent years, but this formation is working at this moment. Let's see what's going up next ! 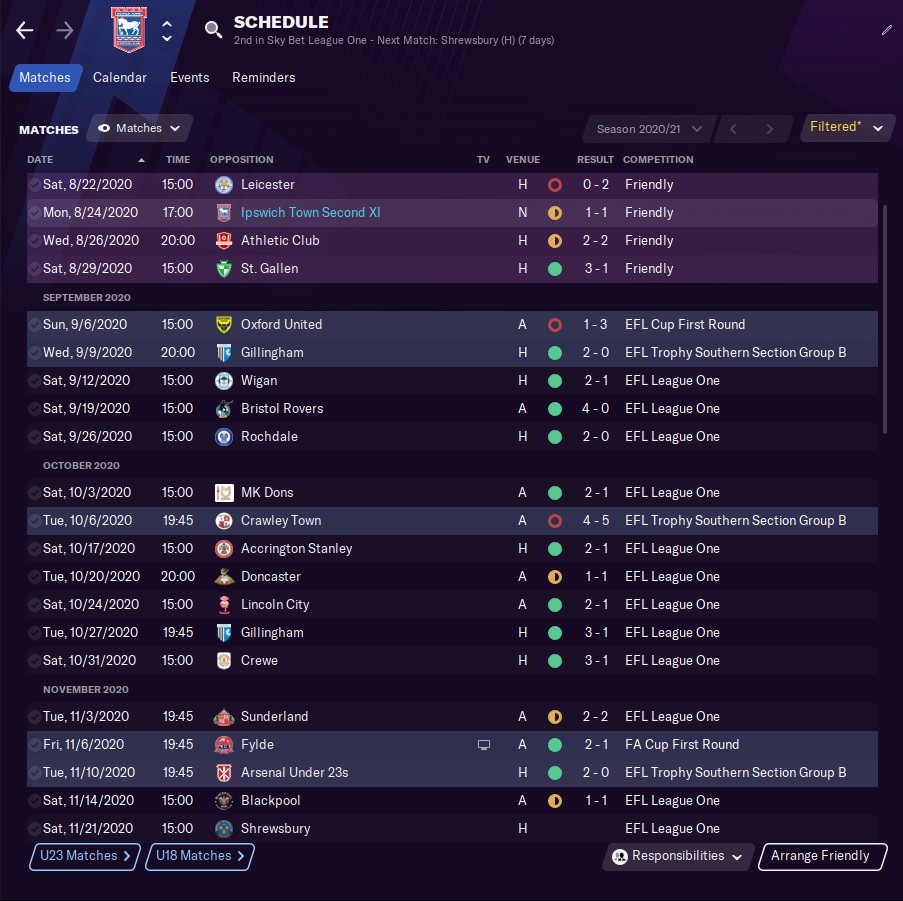 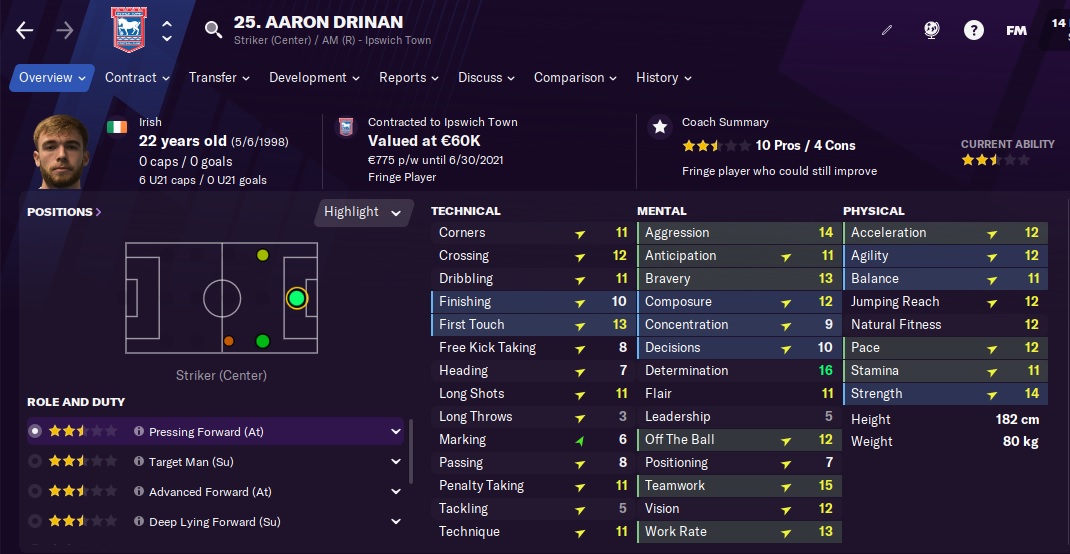 Here's Aaron Drinan who was transfer listed before I arrive. Although He's a 2.5 star rated player, He still managed to score 5 goals and also assisted 4 times in 11 matches.​
Last edited: Nov 20, 2021

We're in a good run now, drawing with Hull in a match we were dominating !

With Aaron Drinan scoring goals, we're now at top of the table

I have to look for some players to add depth to my squad, right back and right winger positions. But we have no transfer budget available, so I'll appreciate if you can help me to find some players for loan.​
Last edited: Nov 14, 2021
Reactions: Banashur

1W 4D 1L
I'm not particularly impressed with our league performance right now, just one win in six matches ! We didn't have time to do more tactical and technical training to correct the mistakes players made during these matches. Also I had to rotate the squad cause some players were jaded and needed rest.

But the other teams also struggled in this period of time, so we didn't miss much as we have one game in hand. 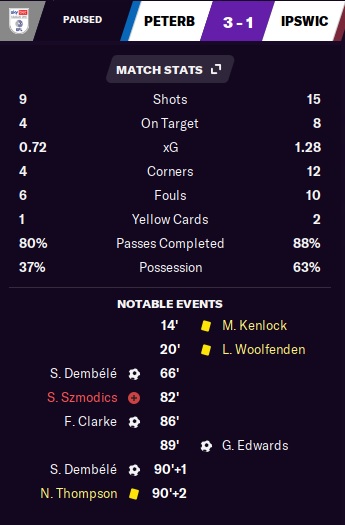 It is frustrating when you can create more chances than the opponent and control the entire game !

I Think "Flynn Downes" is one of the best players in the club. He's a reliable player who plays DM (Half Back role) in our formation. His pass completion ratio is 95% in 19 games. He also completed 90% of his tackles.

Also We've got this news ! So what will be happen? Time will tell us. I hope that the new board just let me finish what I've started, because in past FM games I experienced replacing with "Massimo Oddo" after takeover cause the new board of directors want to bring their own man to the club !​

We were inconsistent ... Our form has dropped ! 4W 3D 3L in the league ! We're now down to 4th place.
I expected more from the players, especially when our best players suffered from injuries ! But it's not end of the world.

Takeover collapsed, but the owner is listening to offers. Anyway I requested for some funds in transfer window and the club agreed. So I added two players to our squad :

​
As I told before, we needed a right back and I think he is a quick solution for the rest of the season.

He is not good in terms of pace, but I chose him because of his work rate and determination. 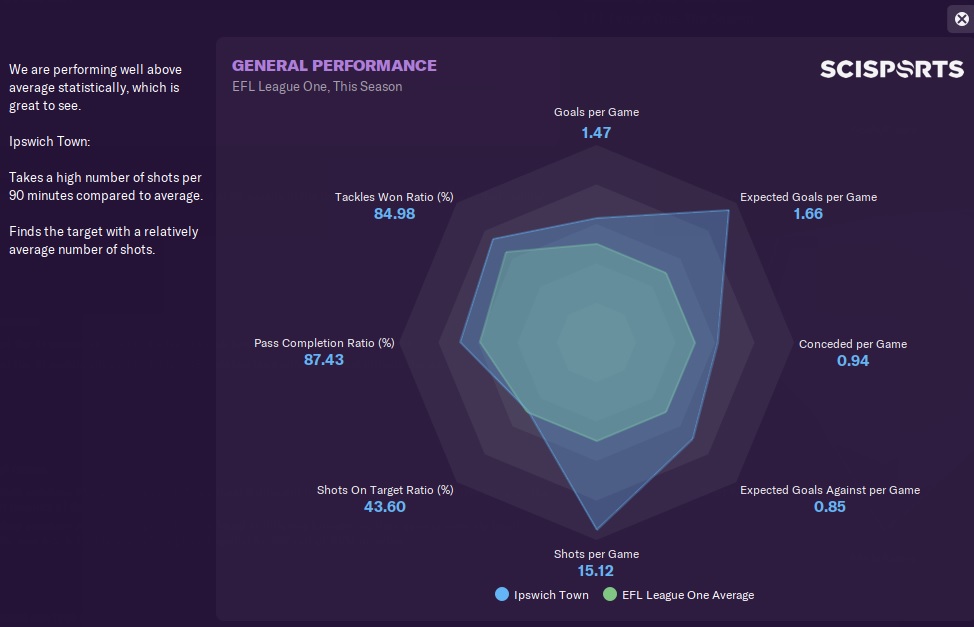 ​
I'm a little frustrated at this moment. We didn't play bad in last 13 matches (overall).
After Aaron Drinan injury, we're having serious problems in attacking phase. Against Swindon which we lost 0-1 in home, We dominated the match and had 20 shots but only 6 on targets ! 61% of possession, 11 corners and 87% of tackles won, but we couldn't get the result. So that really ****** me off and I started tinkering tactics and players which made the situation worse. But I'm a little hopeful as injured players are about to coming back and I'm aiming for automatic promotion at the end of season.​
You must log in or register to reply here.
Share:
Facebook Twitter Reddit Pinterest Tumblr WhatsApp Email Link
Top