Hello. I've just pre-ordered myself a copy of the game, a game I've been looking for for past 3 or 4 years now. Anyone else is planning on buying it? 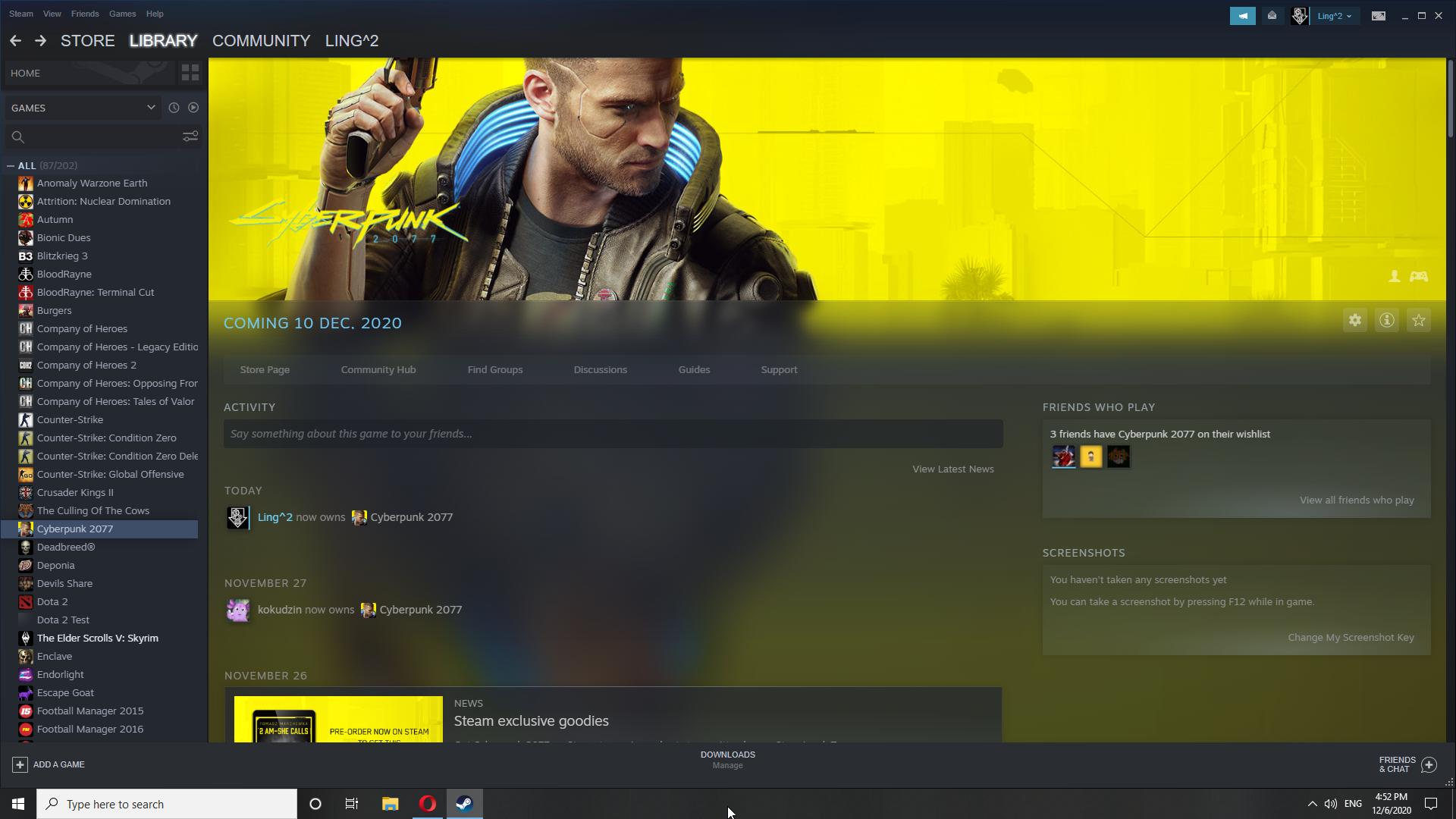 And it's available for pre-load. Its around 60GB.

Vanjagl said:
Hello. I've just pre-ordered myself a copy of the game, a game I've been looking for for past 3 or 4 years now. Anyone else is planning on buying it?

Full of little glitches. But nothing gamebreaking, so far. Had to reload few times because some quests didn't pop up as they should.
It's a fun game, but I don't feel invested in it as I was in The Witcher 3. Story is decent, Keanu Reaves factor fades away after few hours and doing side quests doesn't seem like fun. You just run around the city and do different stuff. There are a lot of stuff to do, but it's repetitive. I'm 20 hours into the game and had only 2 non-tedious side quests where the story exits. Every other ( and there's been a lot of them! mind, you don't have to do them but it's good early on as they are not difficult but provide decent $$$ and exp. ) was you getting called from your quest giver aka "fixer" and you swoop in, kill bad guys and thats it. But then again, those are your regular critters who are there as a filler.

Ive actually really enjoyed it so far. Its been the first game where I have actively enjoyed and searched out the side quests lol. Im 33 hours in, and yes there are lots of little bugs, but with most games nowadays coming out in "beta" im used to this kinda thing and doesnt bother me

I'm having a great time with this game. The bugs are mostly just niggly little things.
D