Download
Overview History Discussion
This is built upon a 'Clean Slate' and considering the instructions, is quite a basic tactic, but it has worked fantastically for me. Developed during the 2022/23 season with Roma, I was finding that Italian teams defended very deep, and - unless you had the luxury of having Ronaldo, Lukaku or Lautaro Martinez - were typically very difficult to break down.

The tactic is a 4-2-3-1 that starts with a formidable defensive base, and facilitates for both exciting attacking football on the front foot, and blistering counter attacks. PI's are fairly basic and as standard with the player roles. You can therefore add as you so wish. In terms of applying the tactic, I found that the attacking mentality even worked well even when away from home.

With this tactic, I went from struggling to break into the Champions League spots and unable to score more than a goal (maybe 2 if lucky) a game, to propelling me to the title. In my first full season with this, I am currently unbeaten at Christmas, and unbeaten in the league for 12 months.

I typically find that I am keeping clean sheets like they are going out of fashion AND scoring around three goals a game on average. In terms of keeping possession, it hugely fluctuates depending on how your opposition are set up, and whether you are home or away. I do find though, the nature of the results are a constant.

One caveat I would like to point out is that I have only tested this on my Roma save, in which I've had relatively good players, and through some fortuitous in-game contract disputes, the tactic has been enhanced through the signings of incredible stars such as Dominik Szoboszlai, Ousmane Dembele and Gianluigi Donnarumma for free, and Jean-Clair Todibo very cheaply. I make this point for two reasons:

Firstly, I wouldn't want any poor soul to believe that this tactic will transform their team on the brink of relegation to title contenders in the blink of an eye. HOWEVER, the second reason I made this caveat is that I think it should demonstrate that with sensible player upgrades in the transfer window, I think this tactic will still allow your team to eventually dominate your respective league. For example, at Christmas 2023 in Serie A, I have only conceded two goals all season.

If you download, please please do let me know how you find it. Best of luck! 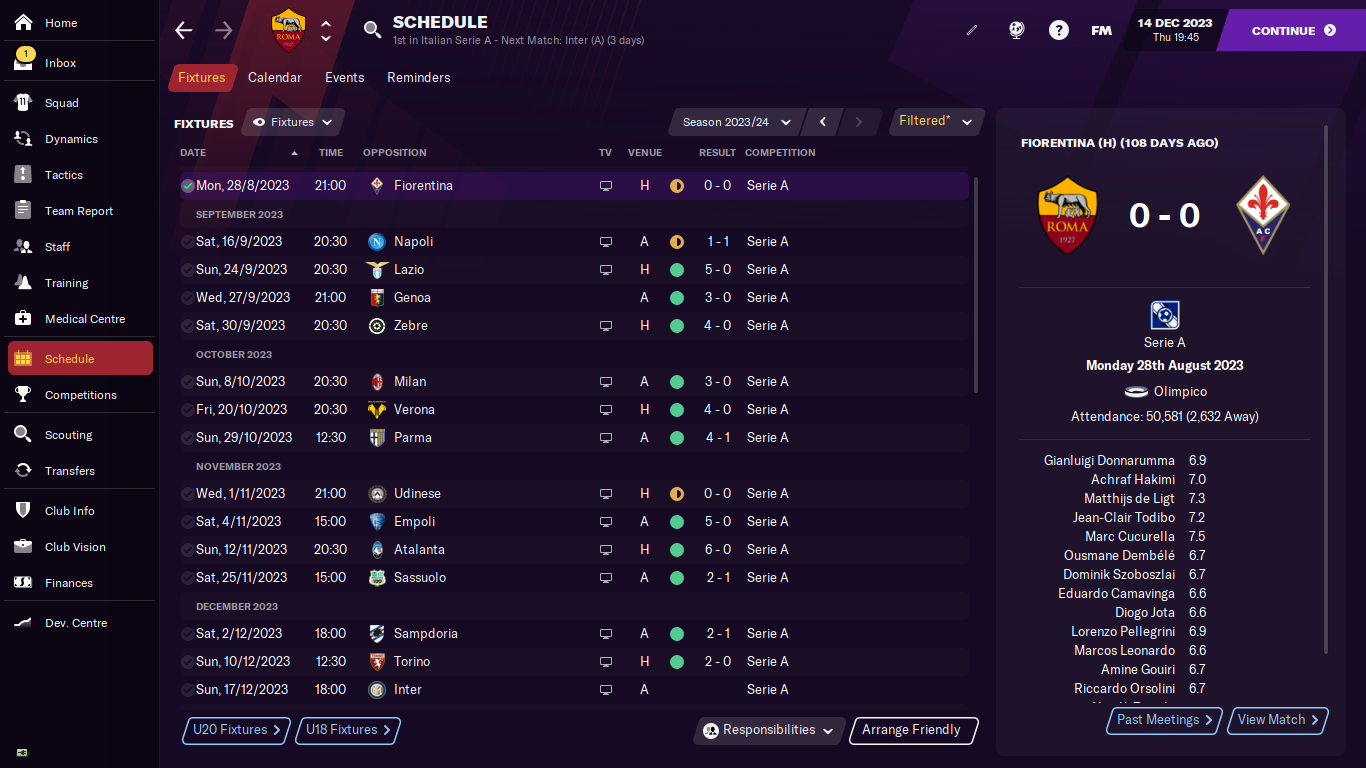 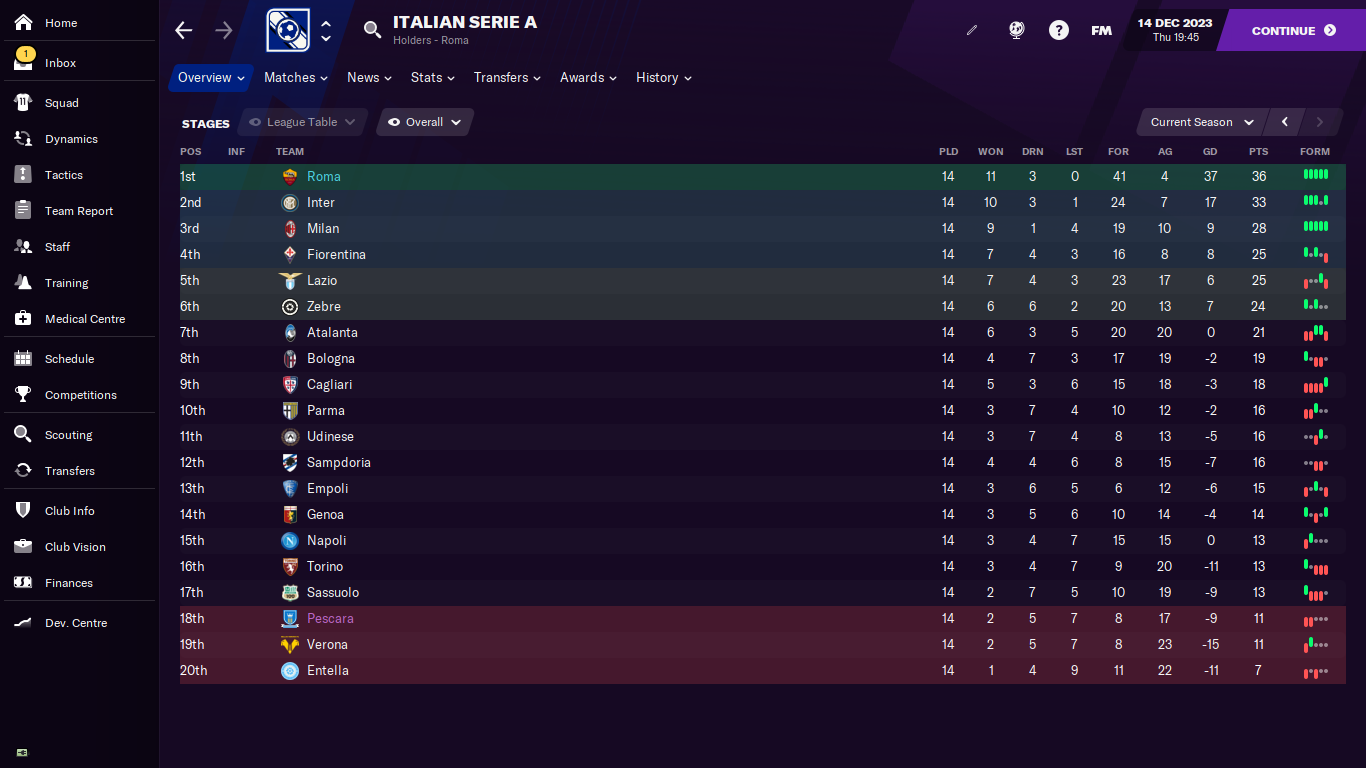 How the Tactic Works 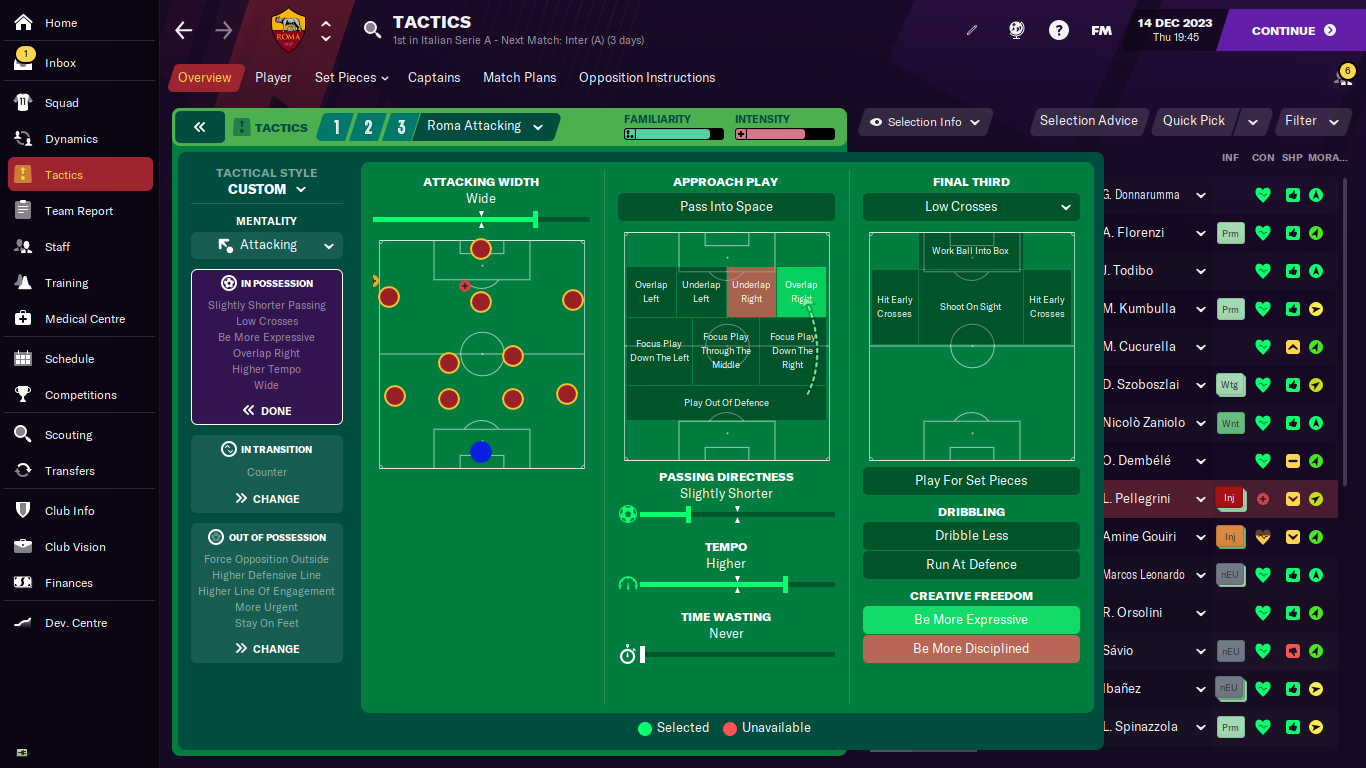 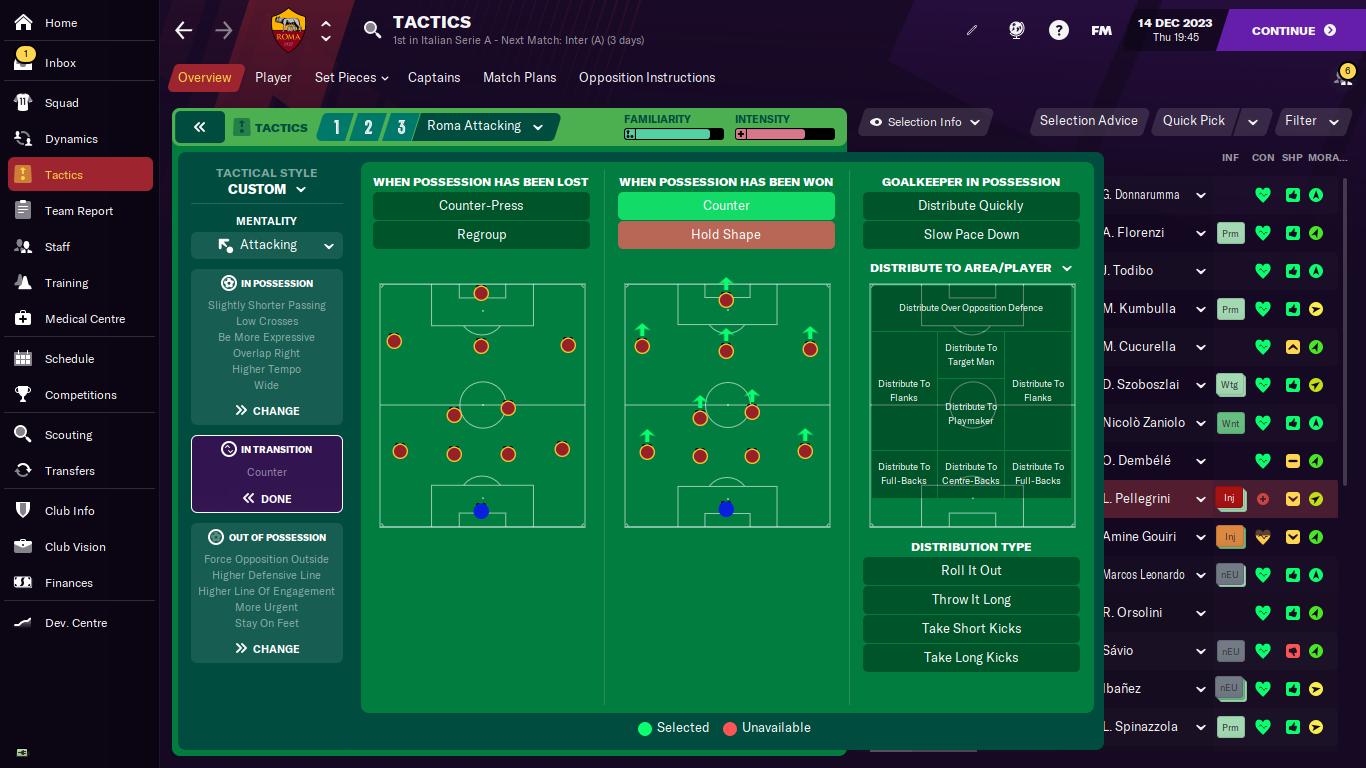 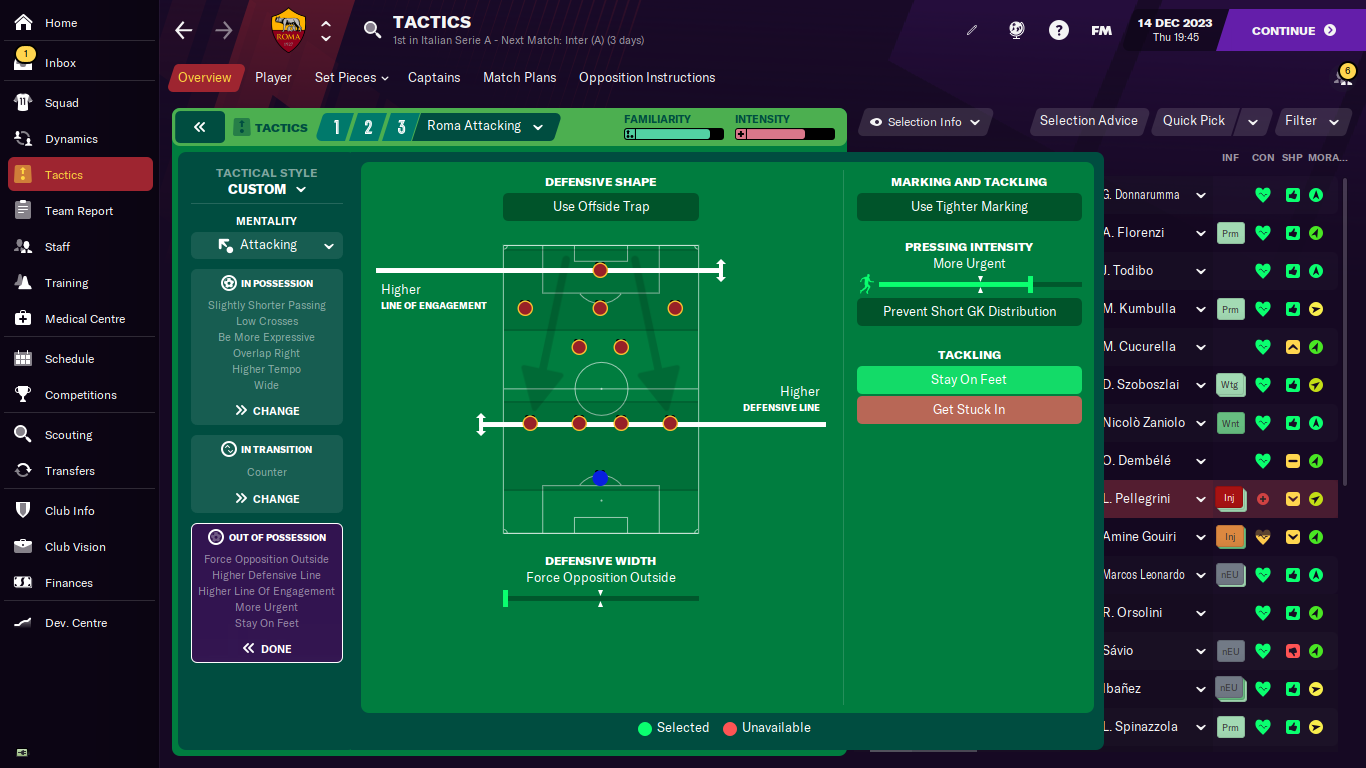 Team Performance vs Serie A 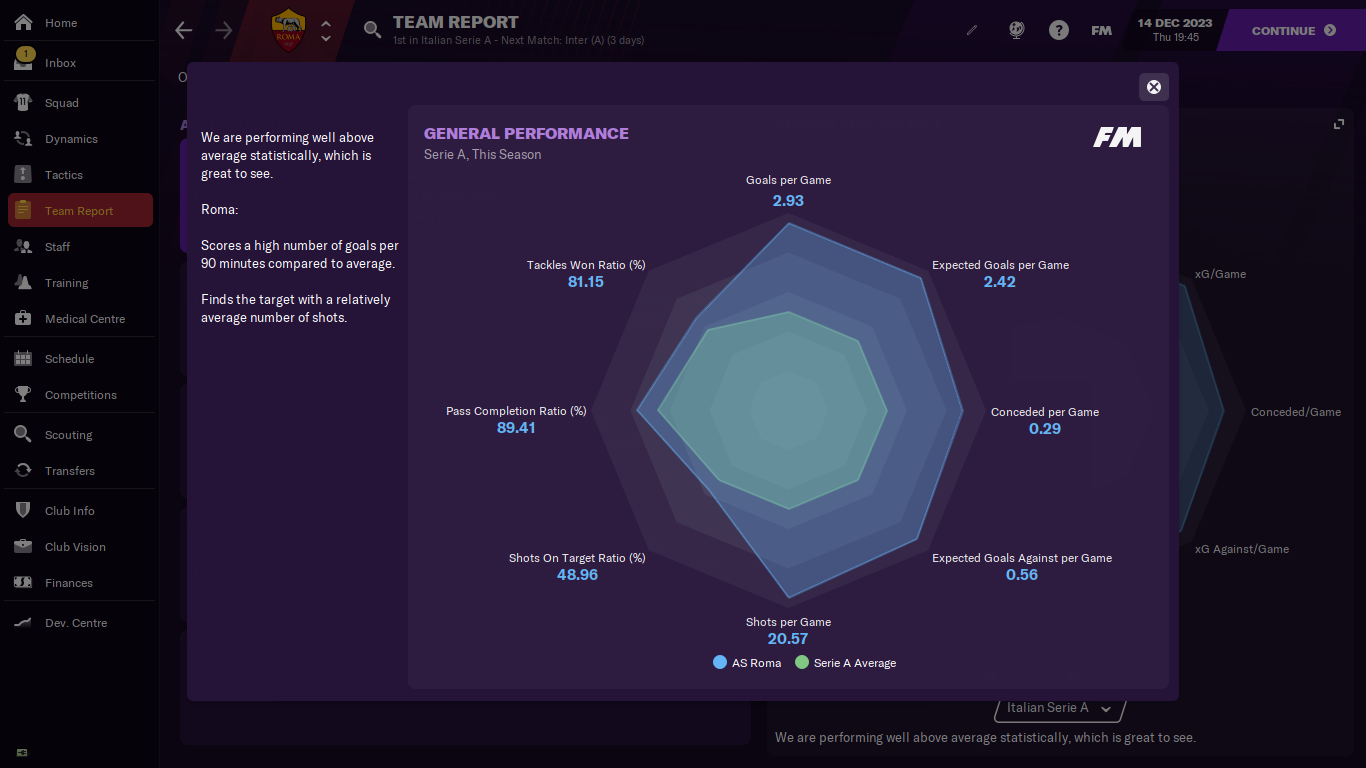 Attacking Efficiency vs Serie A 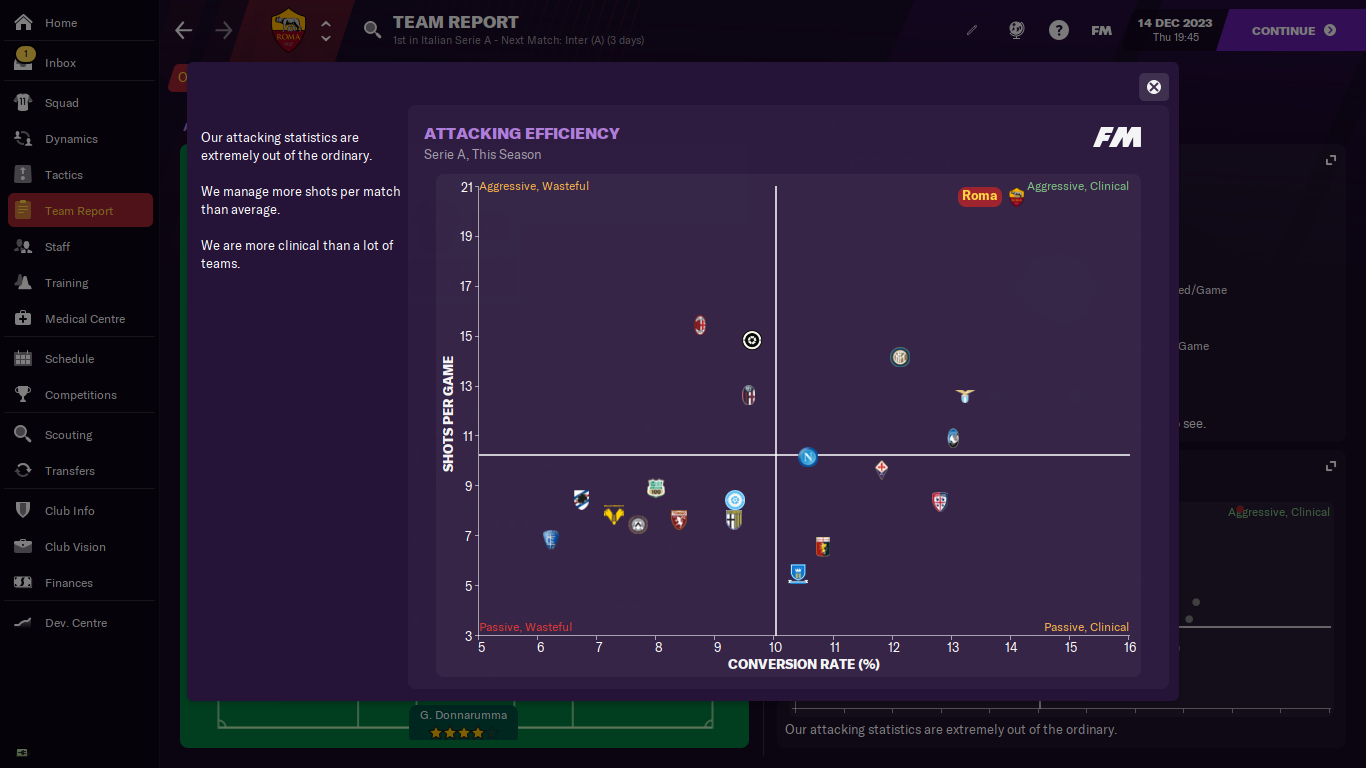 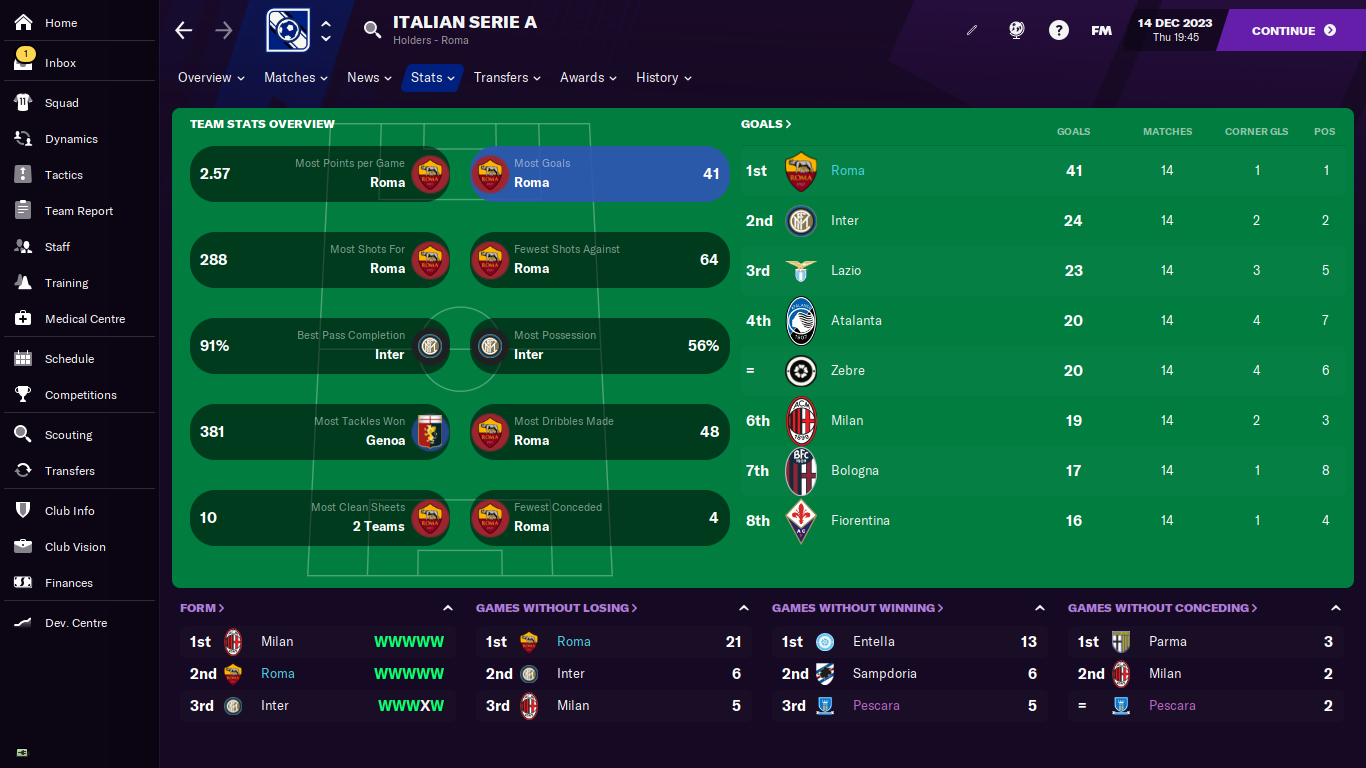 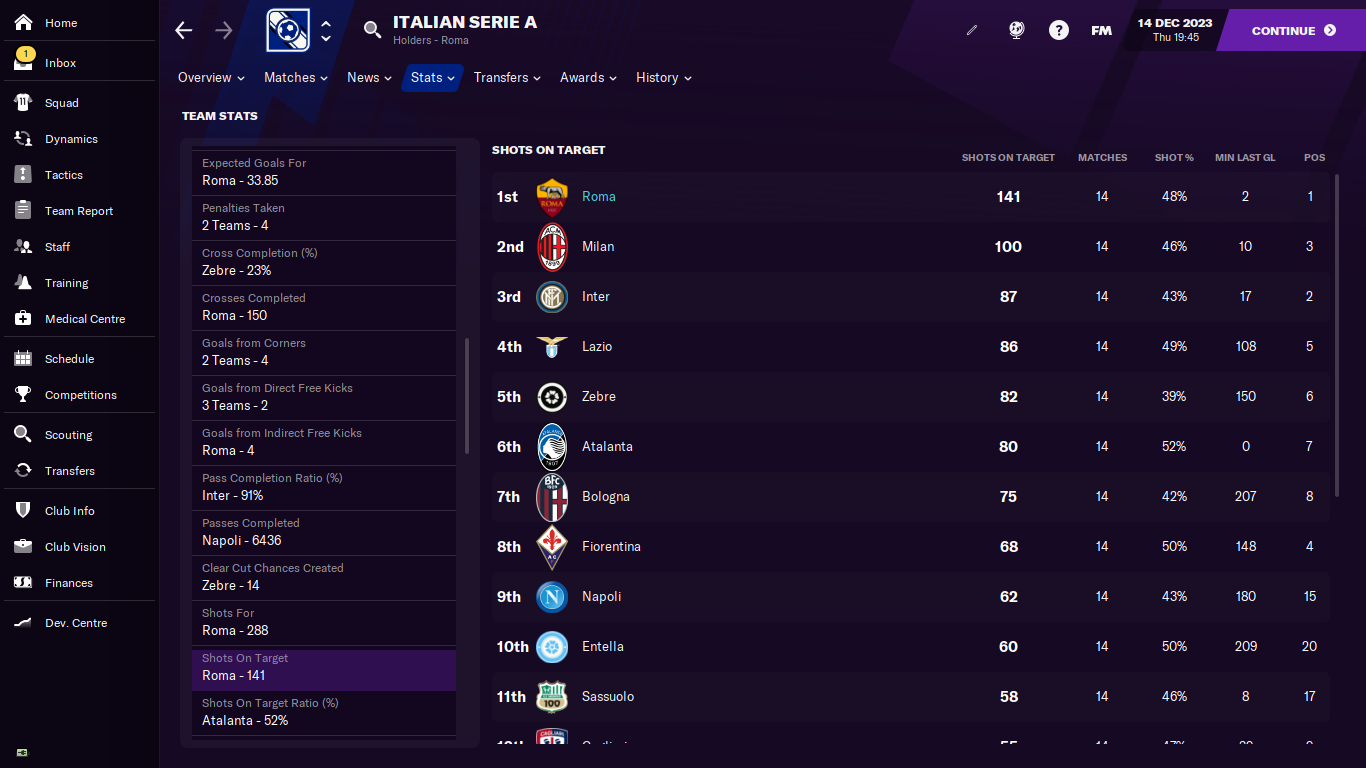 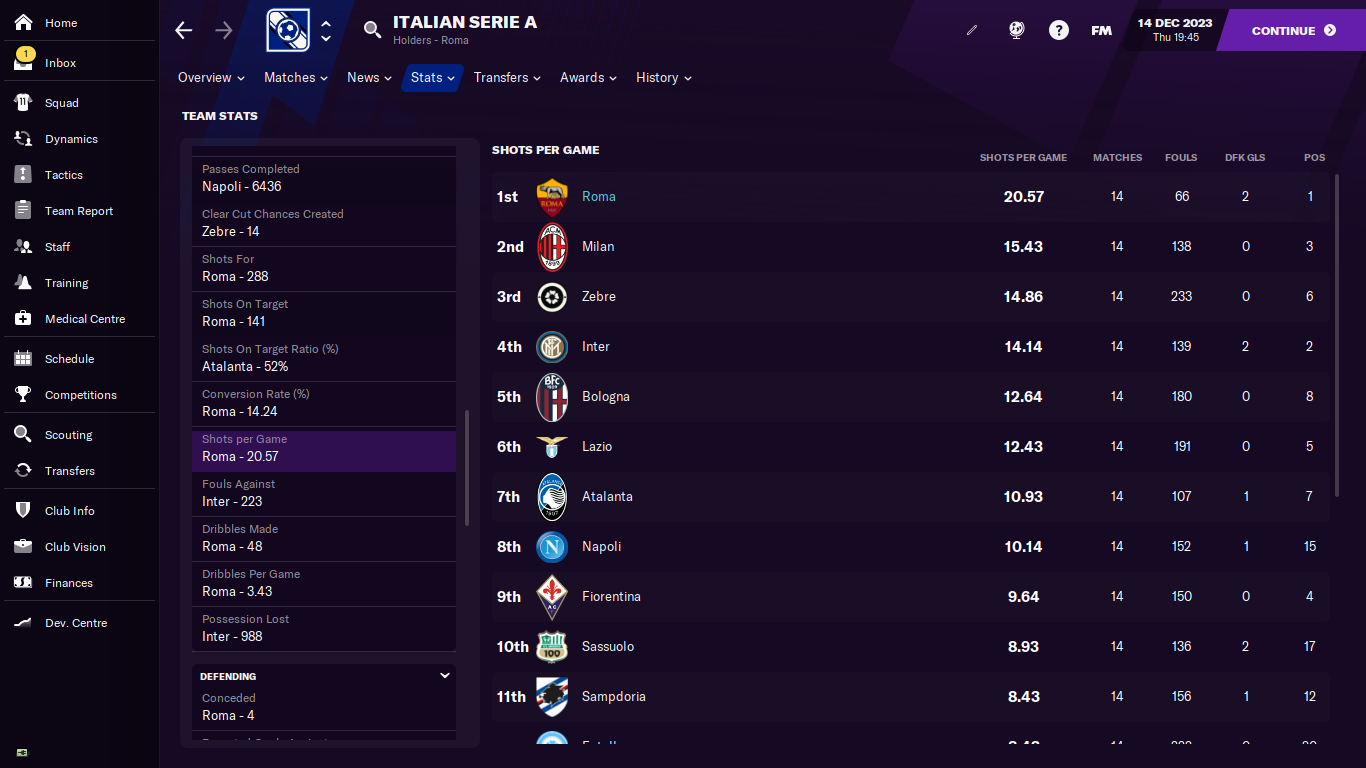 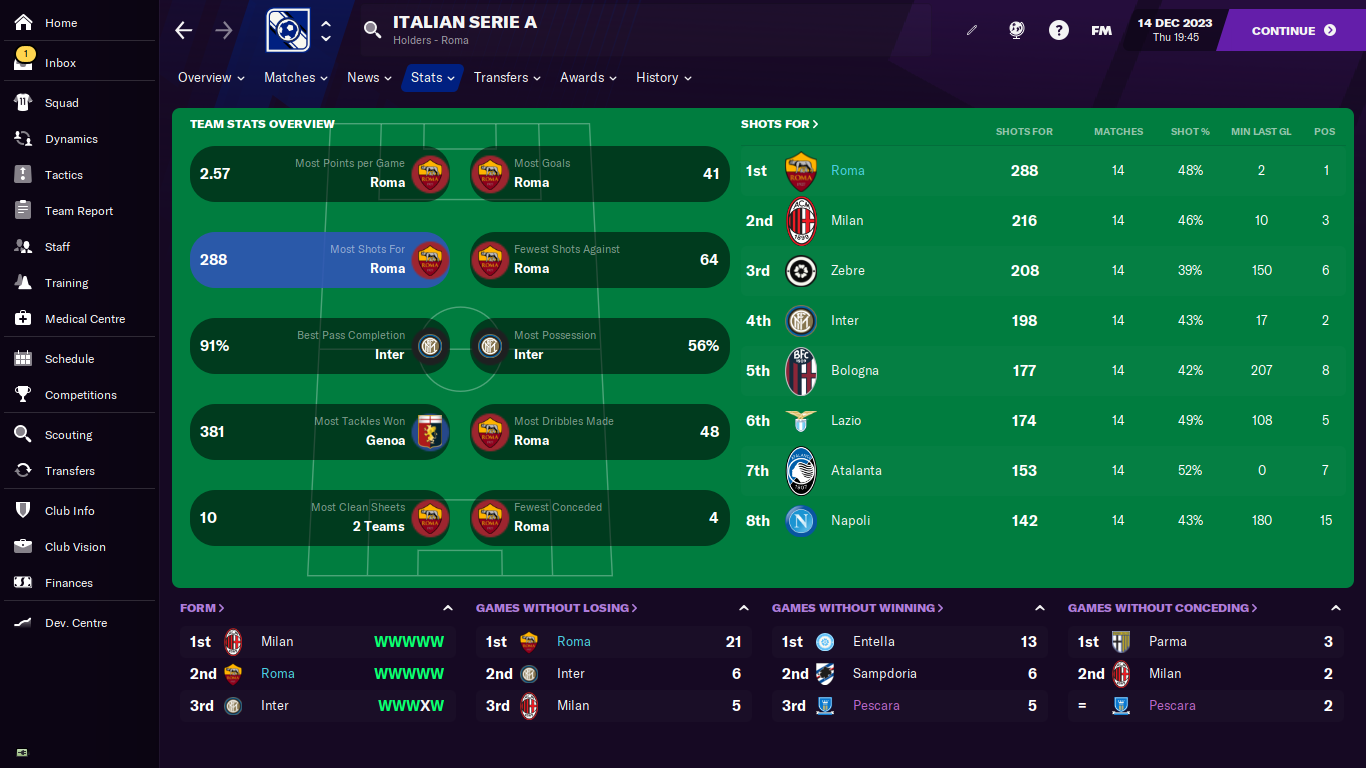 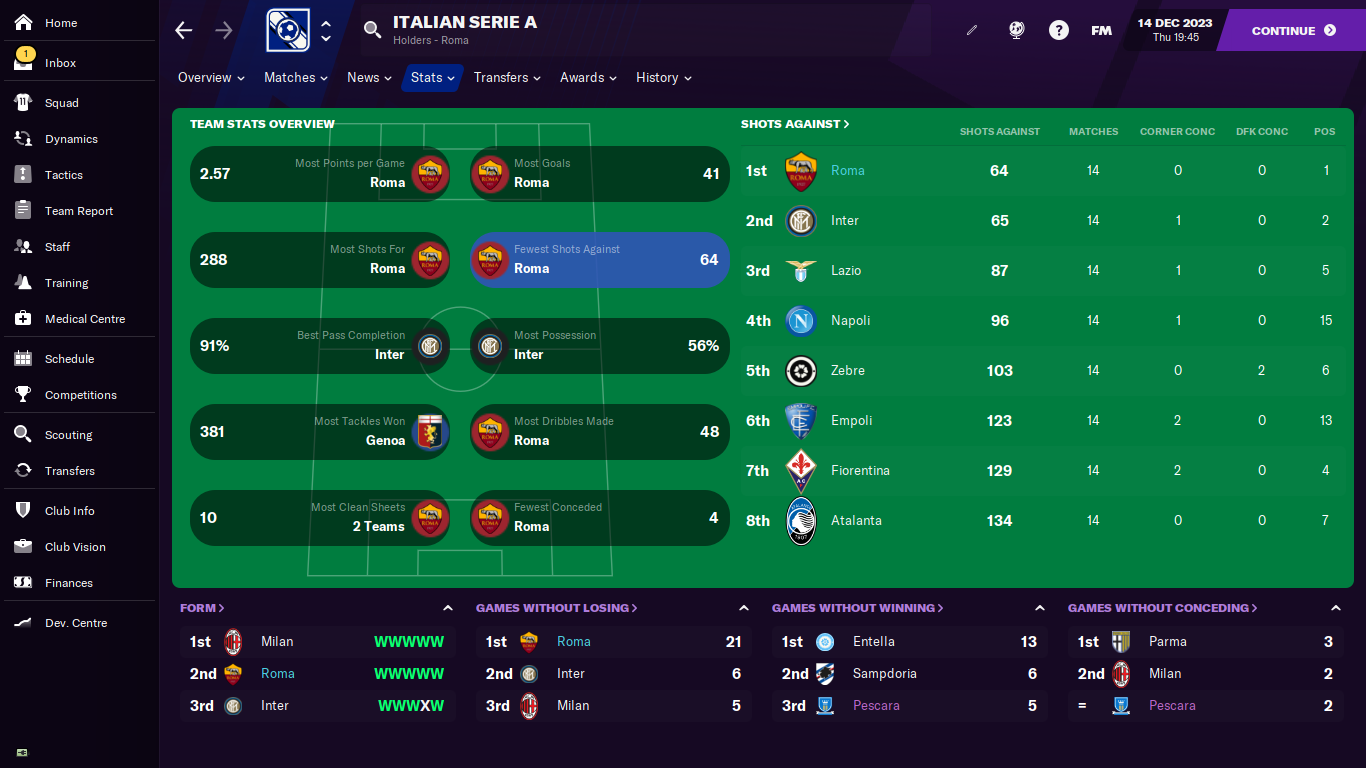