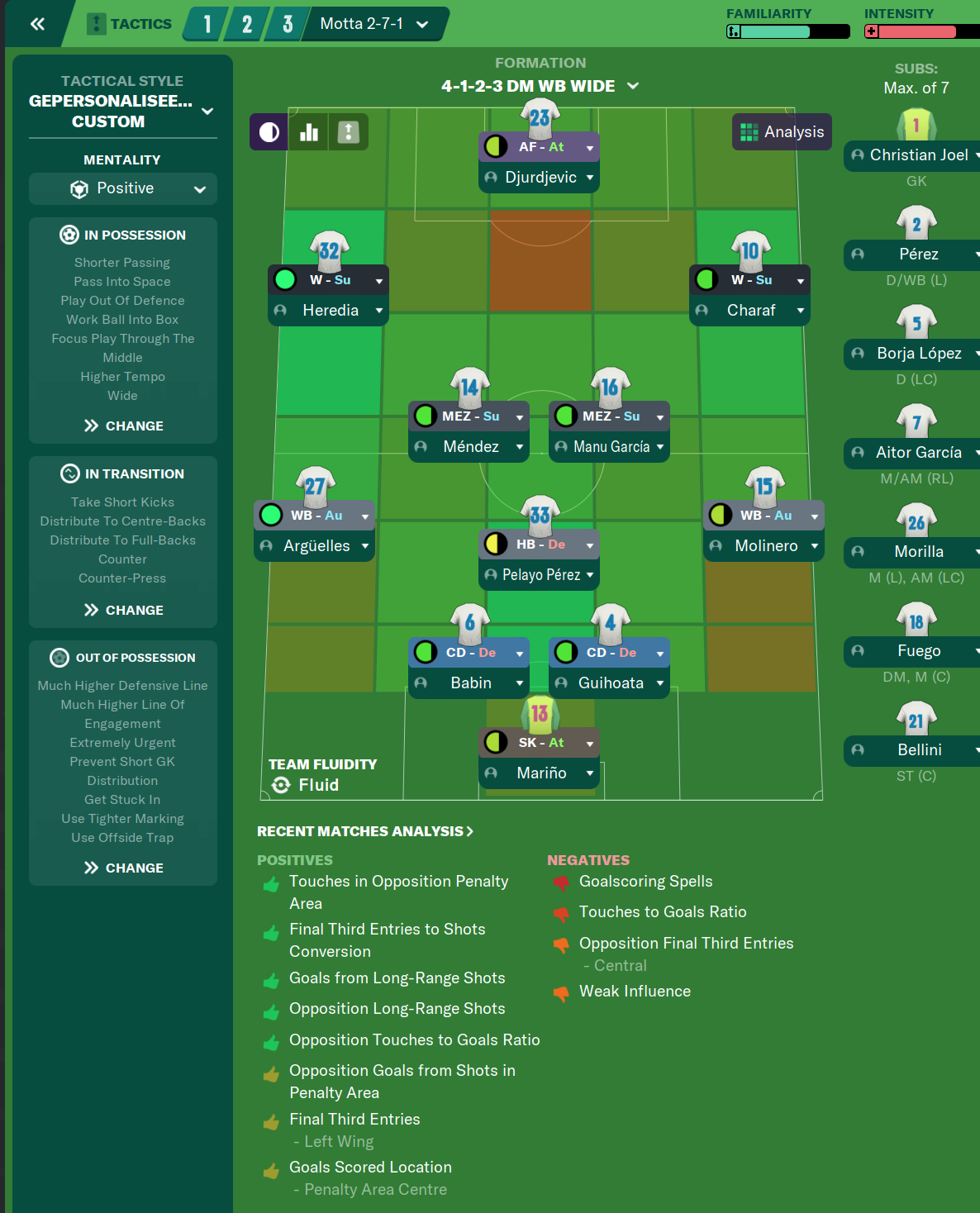 With Genpressing being so OP this year I went about figuring out how to build out a tactic that encourages teams to do so and taking full advantage of it whilst building out a heavily possession based football side. Furthermore when in possession its all about constantly creating overloads in wide areas by dominating the centre of the park and moving the opposition around.

See goals as GIFS in link below


Most of your goals will be coming from the front 3 so make sure you invest wisely in those areas.

I tested the tactic with a mid table team in the Spanish Second Division. Predicted 9th, currently top (yes it's early season). Had to sell one of my best players and have mainly brought in players on a free

What players you need:

GK - all about distribution to launch counters (when viable).

CB's need pace, the odd time a team will pass through your midfield they need to be able to recover. More often that not your midfield will break up play and pass the ball back to the cb's so decent passing is a plus as well.Furthermore, since we're drawing teams onto us, the cb's and the hb will pass amongst themselves to draw the attacking players and midfield, once they've pushed up, that's when we begin to overload wide area's with the wb's and wingers.

The wingbacks are assisting with the overload, however they will rarely be crossing the ball so these can be more defensively minded wb's, so you should be able to pick up some decent pacy wb's on the cheap as crossing isn't an attribute needed (although passing should be).

HB - Is key for this formation, dropping into the back 3 when you don't have the ball and overall being a protective barrier to your back 2. Good tackling, stamina, anticipation and team work

Mezzala - Good passing, vision and tacklilng, everything else is a bonus, they move the ball left and right and break up play. that is their only function. If you find a more attacking minded Mez they will chip in with a few goals as well.

Wingers - pace, crossing, dribbling. Will be crossing from the byline so they need to get there and produce some quality.

Striker - so far an AF has worked best, he will break the line and be one-on-one a fair bit with threaded balls through the midfield and wingers. Some height and heading is a plus due to the crosses from wingers as well.

Let me know what you think