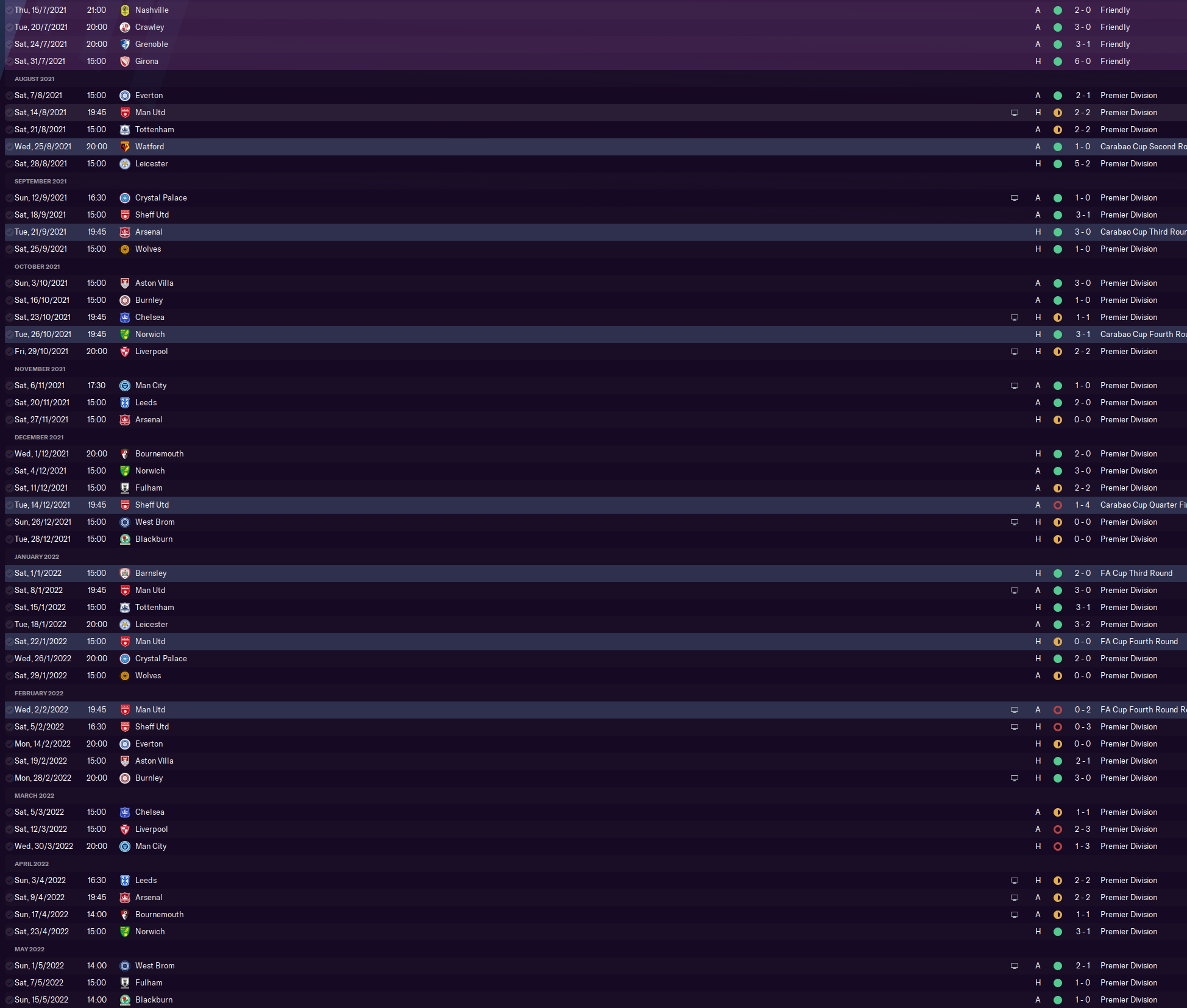 So was in my 2nd season with Brighton was doing pretty well in europa league places a few points off champions league, form started to dip off so made some changes brought in a few strikers and a tactic I used to use a few years ago (this one) and managed to secure Europa League with a 5th place finish so not too bad. 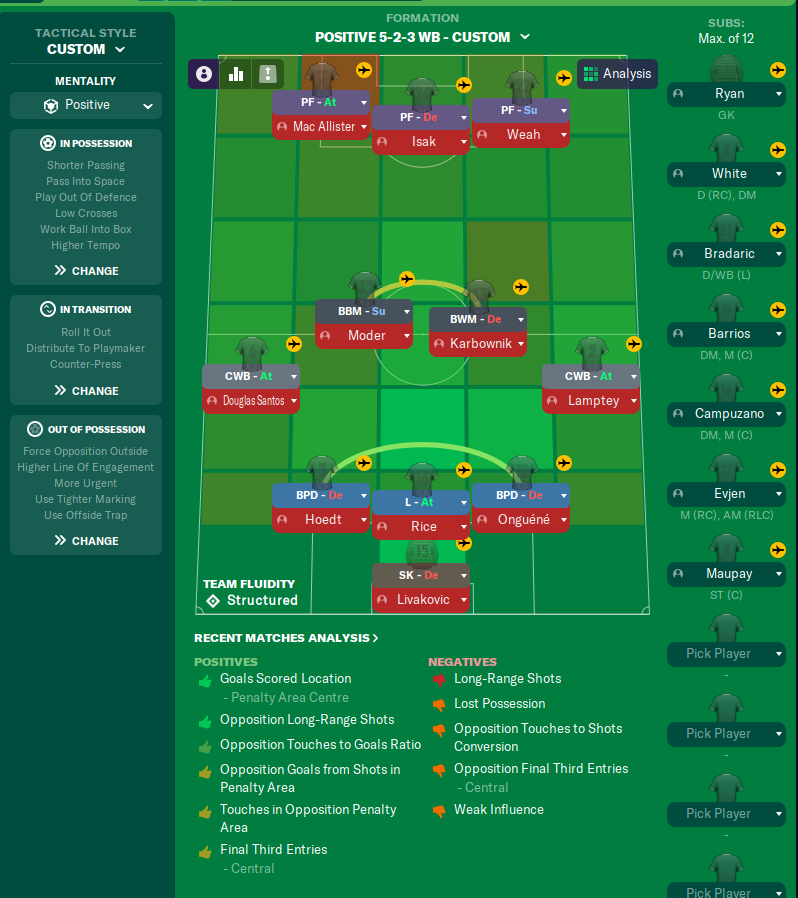 So as you can see 3 pressing forwards and a libero. Pretty strange. The idea was to get it so I could have 3 strikers press and win the ball high up the pitch mainly to make the most of any oppositions defensive errors. The Libero on attack is because I wanted a specific player to bring the ball out of defence and stay in the midfield when we were building up play. Obviously 2 midfielders alone wasn't cutting it losing a lot of midfield battles against stronger team the libero helps to balance that out. That's also why the libero is on attack and not support because I was finding on support the libero wasn't getting far enough forward for me. 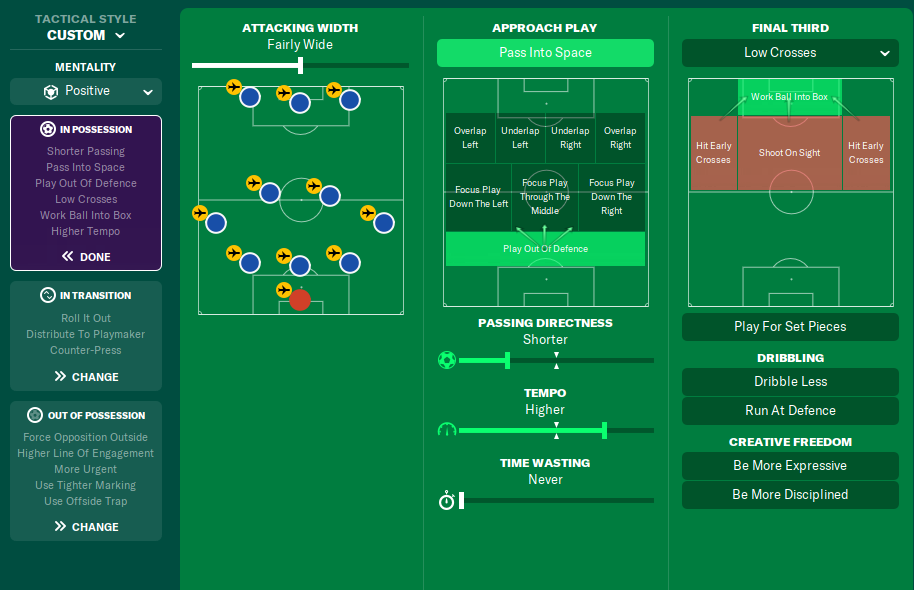 This tactic really needs athletic players to shine. The wing backs need alot of pace to move up and down the pitch as quick as possible. The midfielders also need to be quite athletic to cover alot of ground. The libero and the strikers both need high work rates, so the strikers can press and the libero can move from defence to midfield and back. It is also help for the players in these roles to have pace but maybe slightly less important in the striker role depending on your set-up. 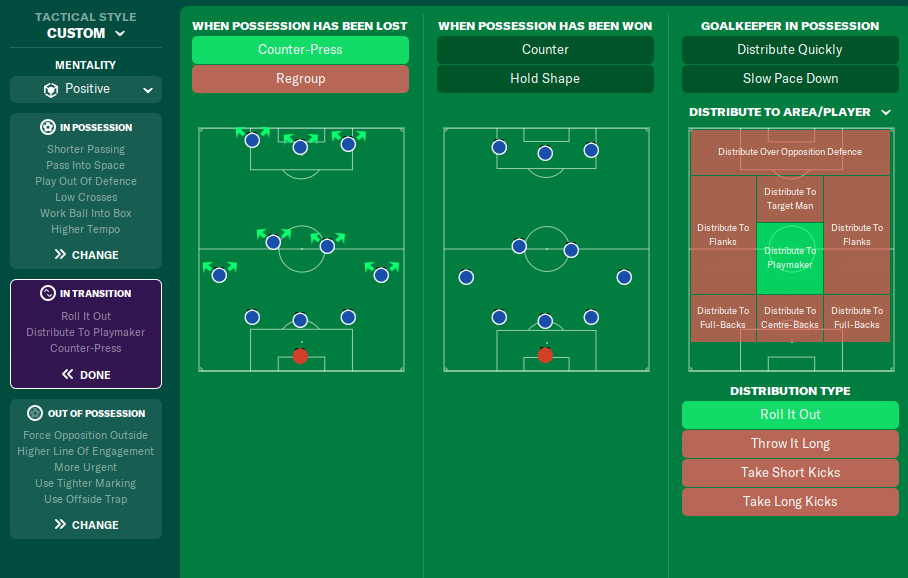 There are a few different variations you can try with this tactic depending on the opposition and the needs of your team. If you're struggling for creativity down the middle you can drop one of the strikers behind as an Attacking Playmaker to unlock defences, this works well if youre losing out wide and want to push the ball through the centre. Other options are if the libero isnt working for you, you can A, change it to another BPD or B, Push the libero into defensive midfield as a half back or something.

I'll be interested to see how this tactic turns out for other people, its always served me well in previous verrsions of FM I think when i first used it they were called defensive forwards, any suggested improvements would much appreciated aswell if any thoughts come to mind.