Download
Overview History Discussion
The football world is so crazy about 3-4-3 that I decided to make my own variation on this theme. And the tactics, created in literally five minutes, conquered all the available competitions in which the club under my control (yes, Liverpool again) took part.

So, here we are - a tactic called "Killer"

As for the composition:
1) at the goal, either a regular goalkeeper or a sweeper-keeper (with a tactical defense task) is not important
2) three defenders - along the edges BPDs in defense, in the center - the libero on support
3) in front of them are a pair of DMs - segundo volante, also in support
4) wing-backs with automatic adjustment to the overall style
5) attacking trio - two shadow strikers and one advanced forward 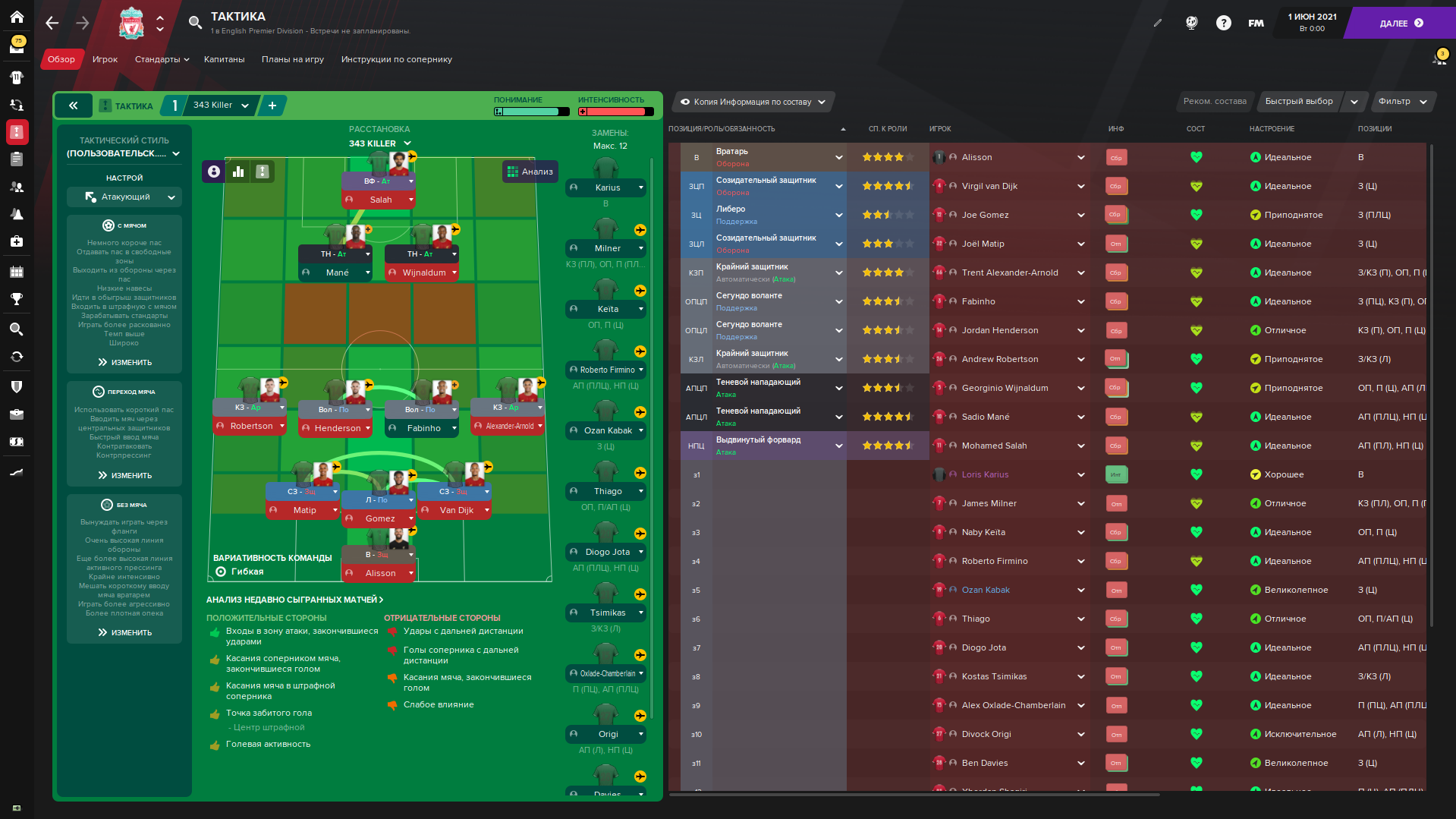 And this is literally everything you need to set up for the game (well, except for general instructions to the team, but this is already spelled out in tactics)

Individual instructions for the players? Don't confuse players with unnecessary directions
Setting up penalties, corners and outs? Forget it like a bad dream
OIs? Do you really need it? Okay, apply what the assistant advises before the match itself, as well as during it

The result of such tactics? Right in front of you
1) English Premier League - victory. Not for a clear advantage, but when Arsenal takes second place ..)
2) Champions League - ok, we took it on penalties, but you will have the opportunity to buy more players so as not to bring it to this, right?
3) FA Cup - put it over there on the shelf, please
4) Carabao Cup - what, another one? There, please
5) Community Shield - who needs it at all? But okay, you can hang it on your wall 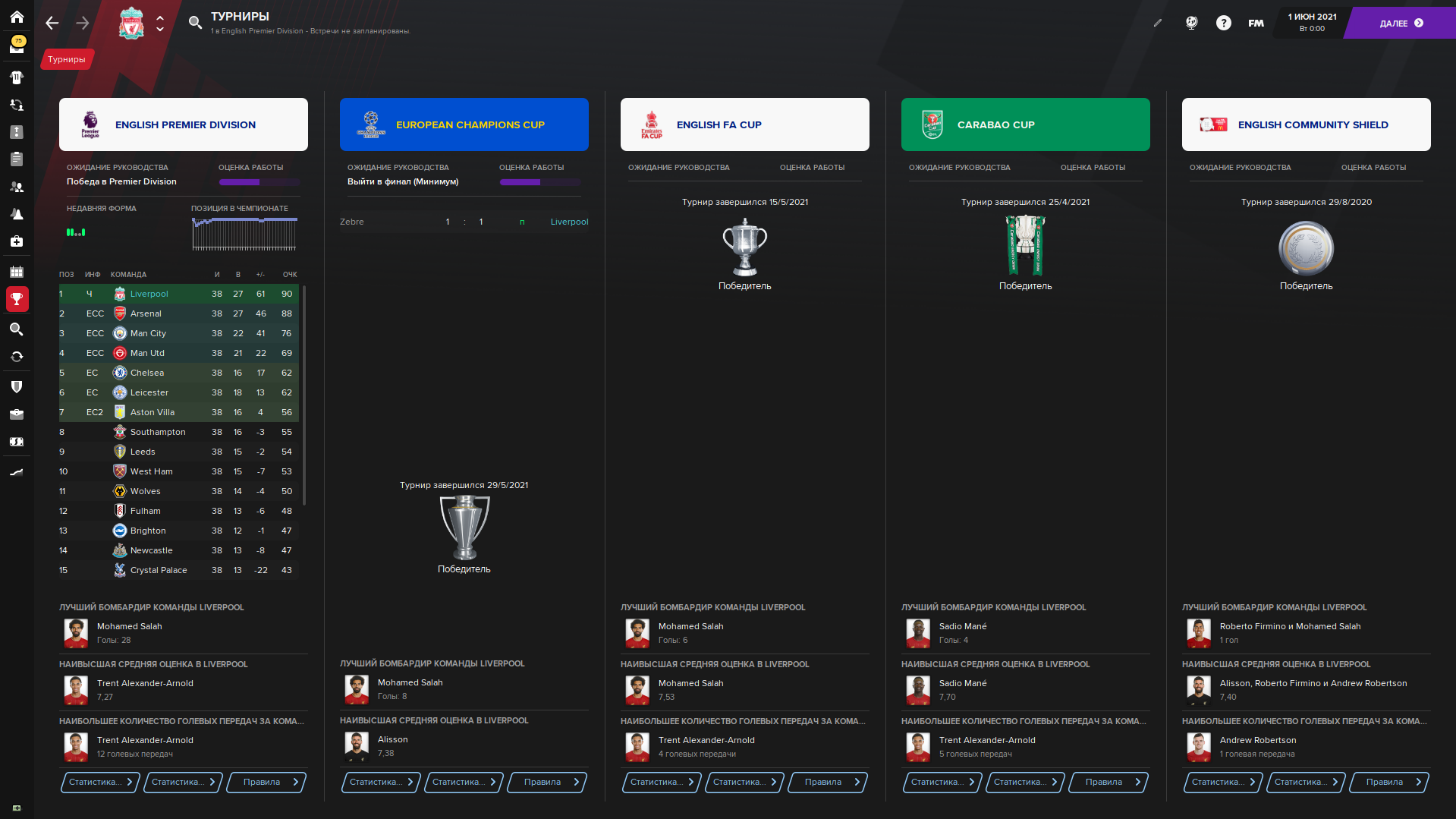 Oh yeah, you want a lot of goals scored. Perhaps disappointing - for the whole game, if you spend it on vacation, you will only have a couple of opponent's defeats. But I already use this tactic in my normal career - and, gods, this is not just a tactic, this is a real terrorist attack in the heart of the opponent's defense. Perhaps, it will be best described by the situation from my match, when my left CAM was accompanied to the right half-flank by the opponent's right lateral, but halfway through, he gave up, and my player shot the goalkeeper unhindered from a lethal distance. Well, or passes through two lines of defense from the DM to the AF's dash behind the back.

You will love to watch this. I guarantee.