Download
Overview History Discussion
I am doing an online save with a twist. We can only use certain type's of formtaion for each team we manage. My next team i move to i need to use a formation with 3 cb's with a libero. This is still my 1st version and needs tweaking but i would like to see how this version does in the test league.

My 1st test i do is a 3 team test. Liverpool as the tiop team, West ham as i mid table team and fulham as my underdog. As you can see Liverpoo did fantastic in the league but it must be noted did not win any cups which is unusual so the table could be a bit misleading. Fulham massively overachieved and West Ham did ok. THis test was run FM Touch. 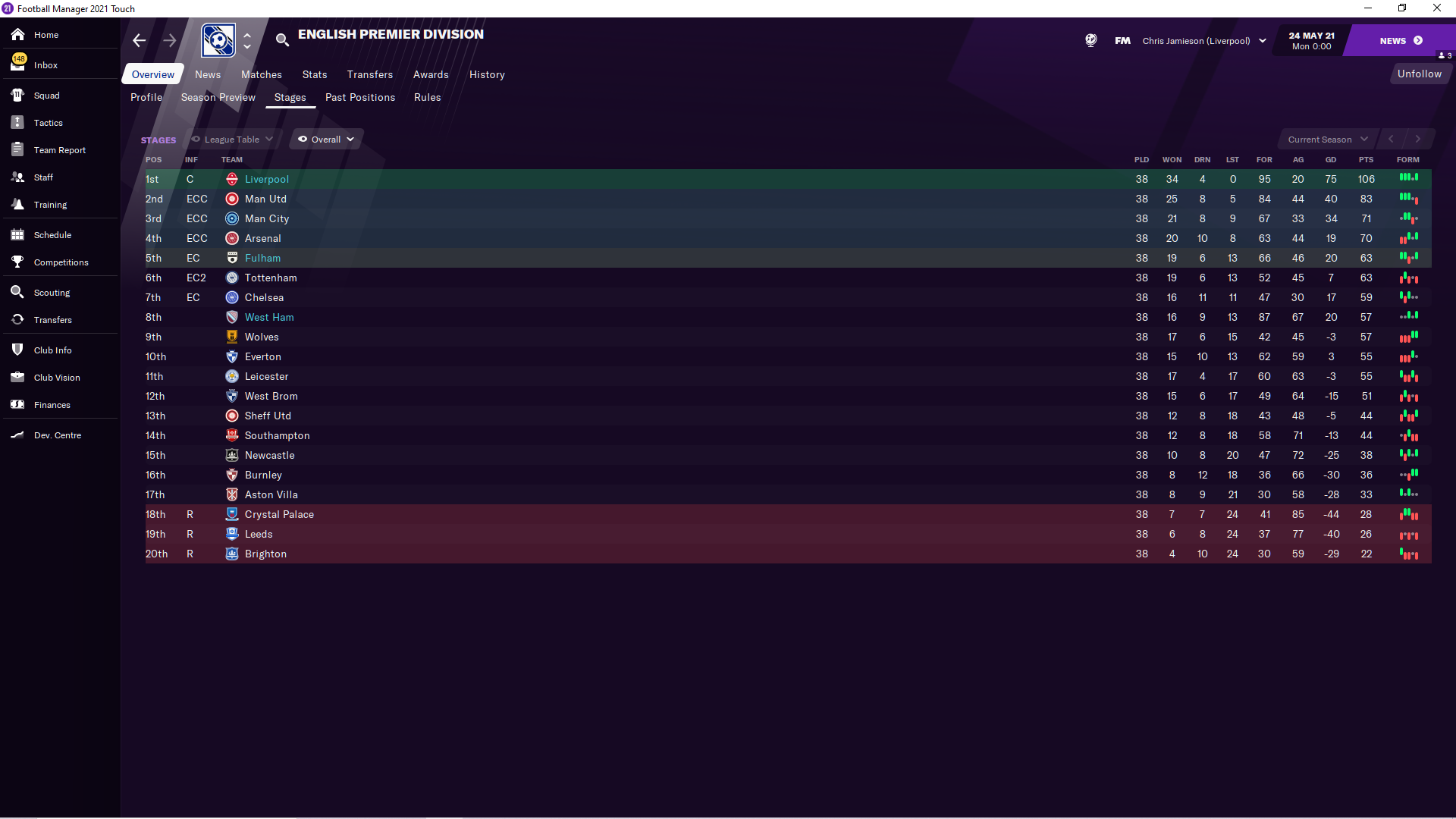 My second test was with Arminia Bielfield purely becuase of the crazy Greek known as Cadoni! THis test they certainly overachieved aswell. Test was also run on FM Touch. 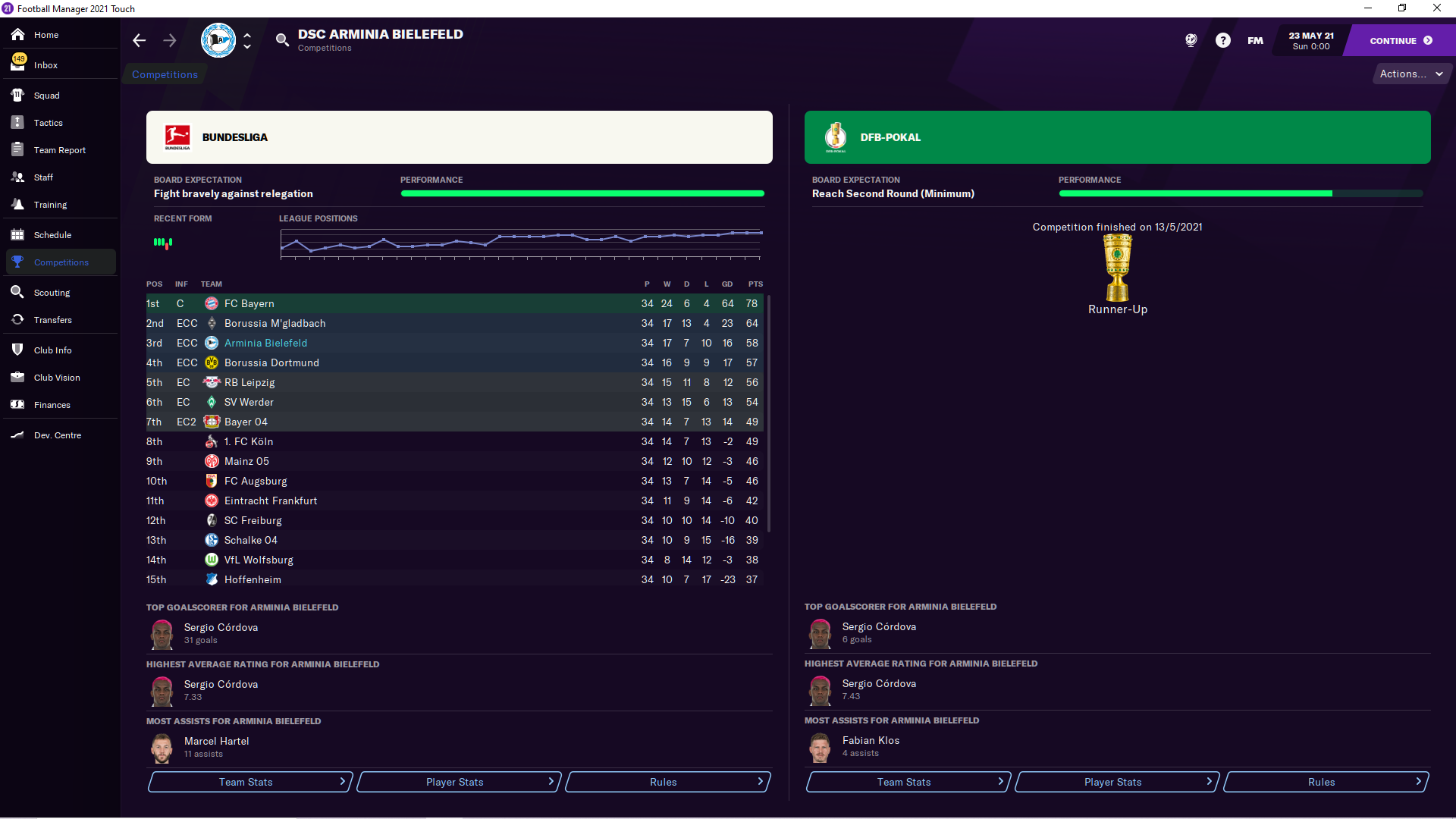 Last but not least i ran my own test using the FM Base's own test league and it seemed to do pretty well so be nice to see how it does in the offical tests. I am going to be working on this tactic and release a version 2 when i get time but i will wait for the test results first to see if its worth pursing further. 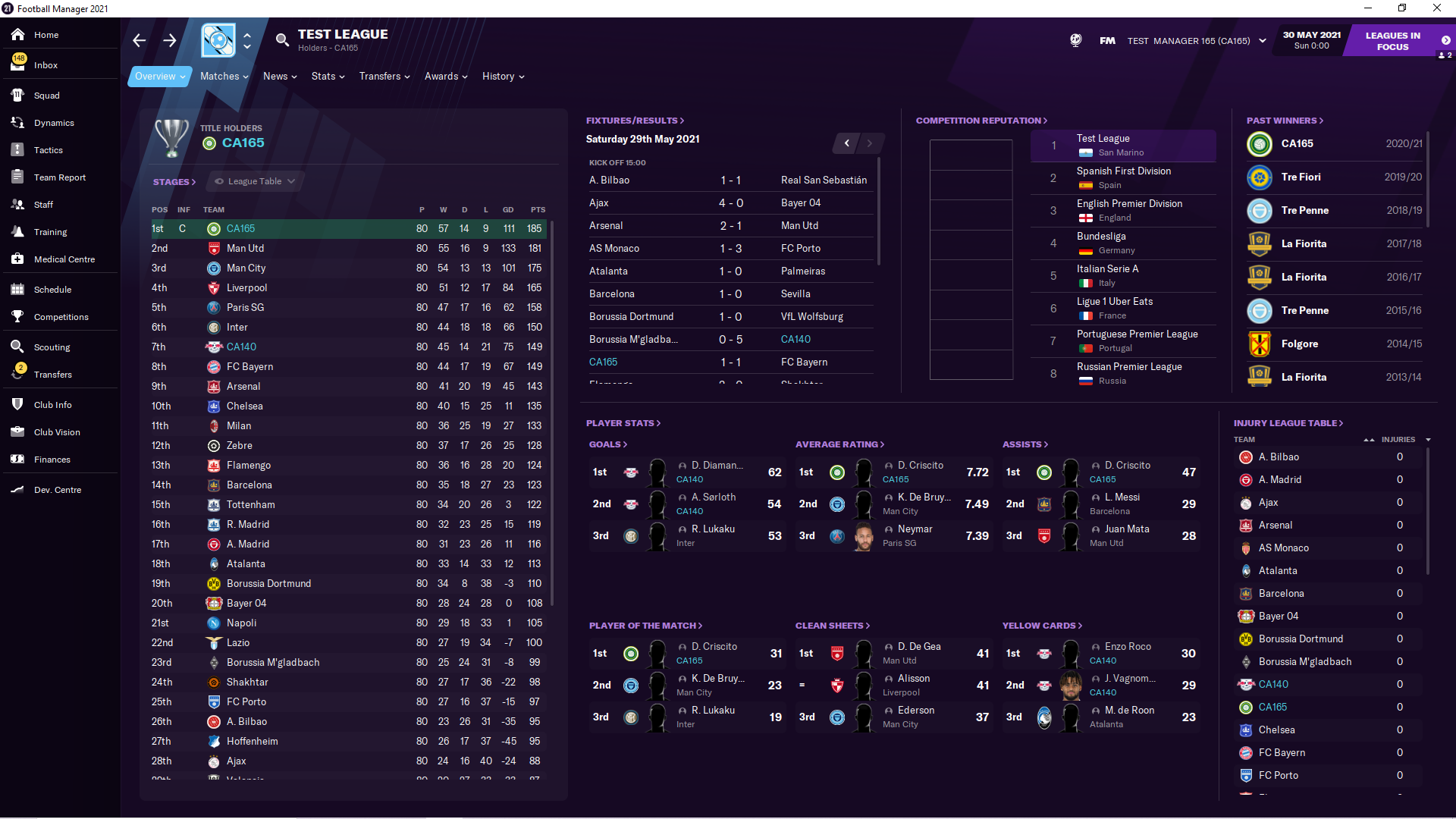