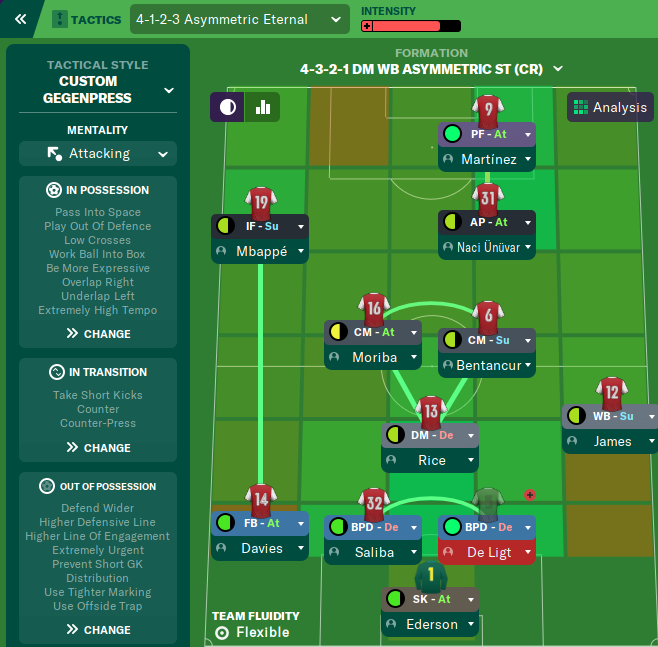 It's an attacking tactic based on the gegenpress style.
Because my symmetrical tactics kept wearing off after 2.5 seasons, I decided to build an asymmetrical tactic which could be flipped along the vertical axis after 2.5 seasons (e.g. ST CR becomes ST CL, AM CR becomes AM CL, AML becomes AMR, etc.) to remain effective and without having to recruit new players (instead I can retrain them for a similar position/role) (hence "Eternal").

Other than that I believe it's a quite typical gegenpress tactic.
Although I don't dominate in terms of possession (I often have less than 50%), I create many chances (around 20 on average) and opponents create very few (around 2 shots on target on average).
Most goals come from the striker, followed by the winger, the 10 and the attacking central midfielder - in that order.
In terms of results (ME 20.4): 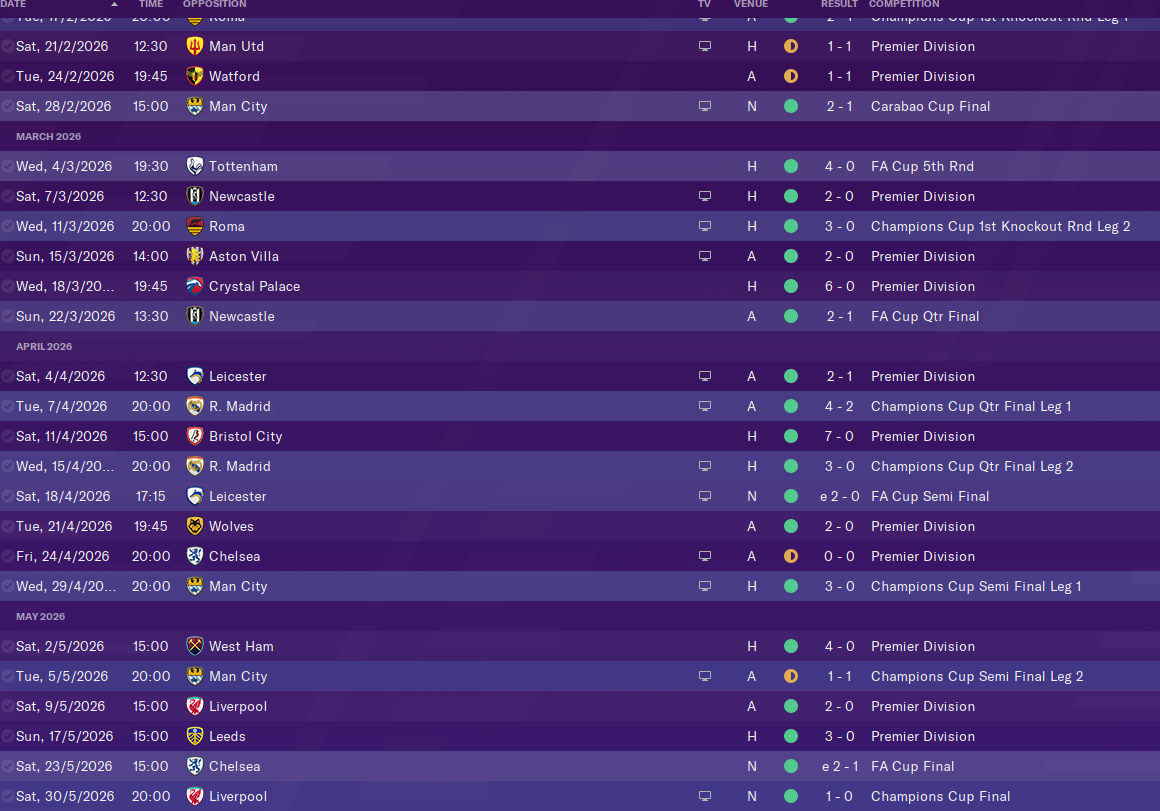 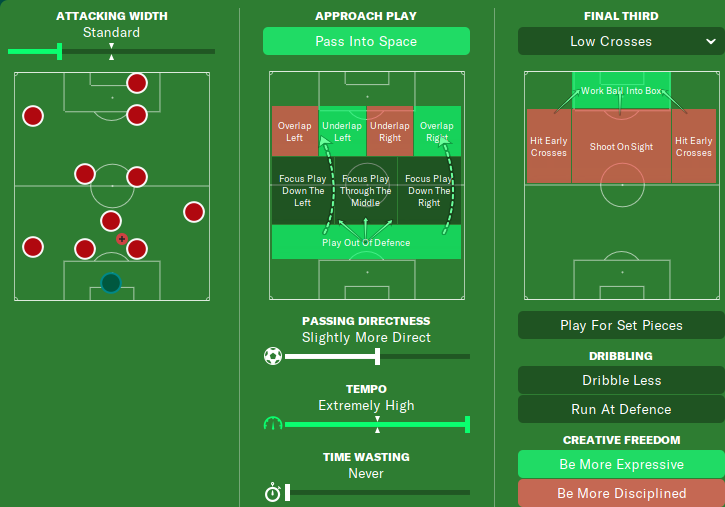 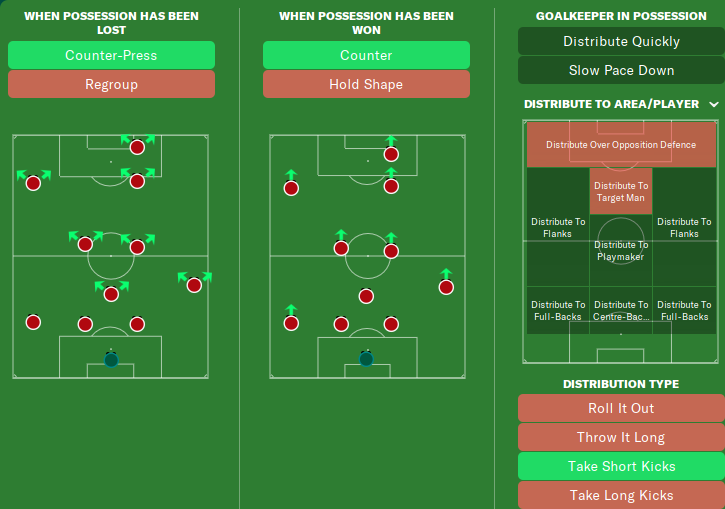 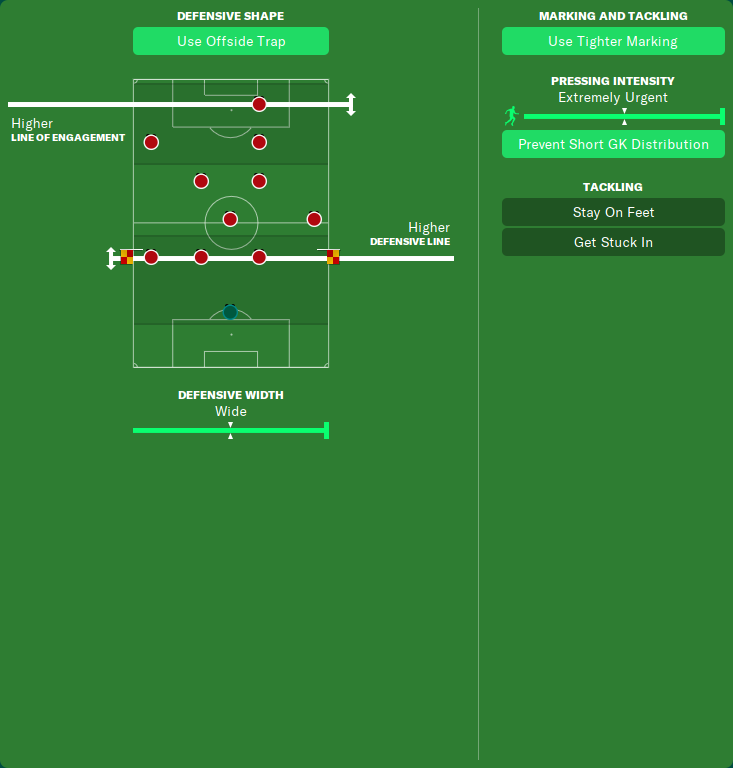 I don't bother much with set pieces and OIs, actually I built this while playing FM Touch so very lazy - I guess you could say I leave the hard work to the players .

I'm curious to get your feedback!