4-1-5 (really just a 442 if you think about it) attacking tactic for two striker managers of culture. It's almost a meme formation, since you'll score a lot and concede a lot, but it's bags of fun. 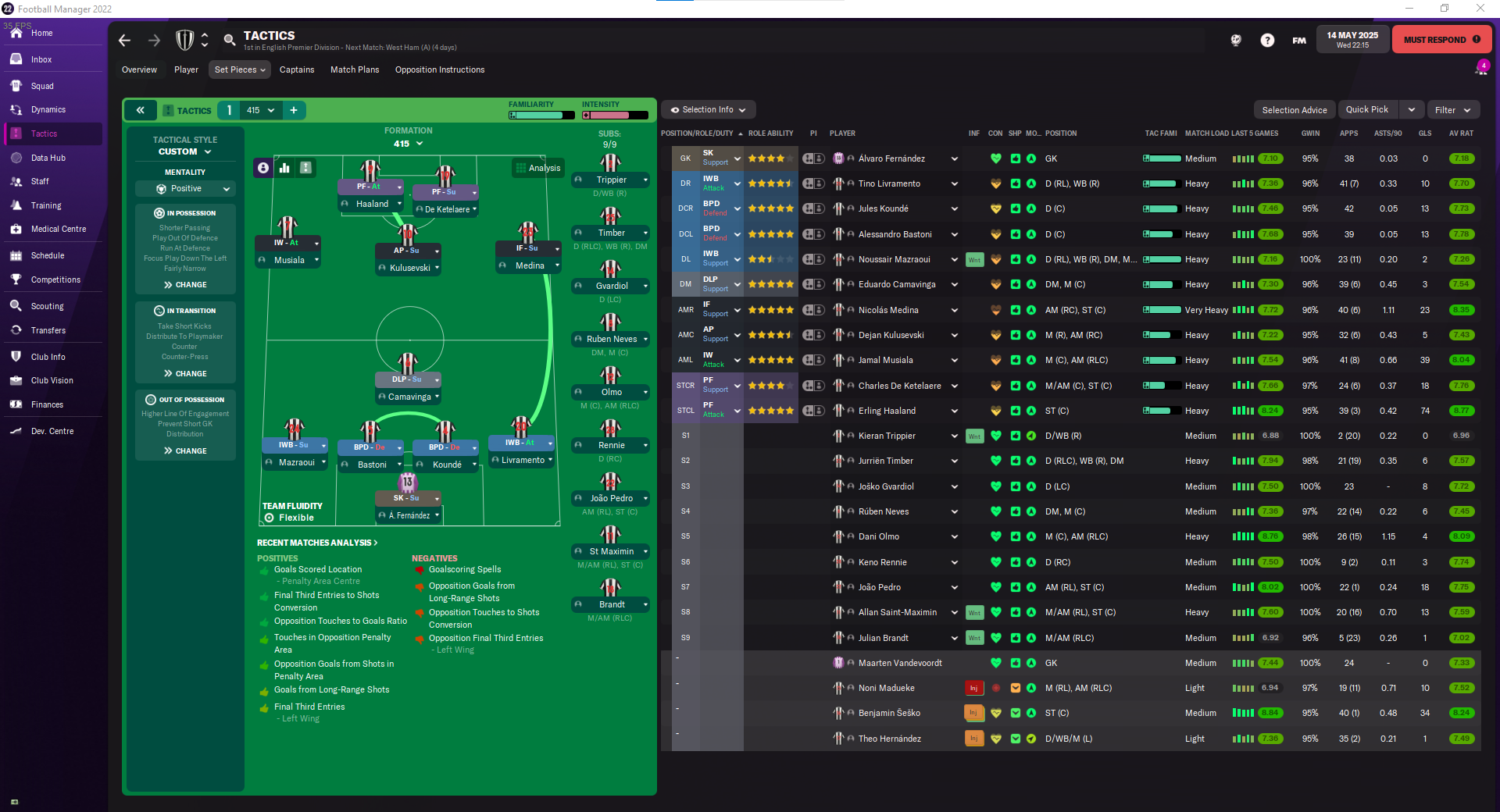 Team is ridiculously stacked in this image, (it's been a few seasons) but of course there are certain types of players you want to look out for in each posiion.

Keeper: A standard sweeper keeper with good One on Ones and Rushing Out.
Central defenders: Positioning over pace, since we're not playing a particularly high line. Tackling obviously important, good passing is a bonus.
Inverted wing-backs: Standard defender stats, attacking-wise the left IWB needs good passing and vision, while right IWB with pace, off the ball and decent finishing would be deadly.
Deep lying playmaker: Bog standard DLP; good passing/vision with competent defensive stats (positioning, tackling).
Advanced playmaker: Passing and vision obviously, good off the ball and finishing will see him pop up with a few goals
Left inverted winger: Pace, dribbling, finishing. Good crossing is a bonus.
Right inside forward: Off the ball, finishing, passing. In the final third this player is going to make runs in behind the support striker so good off the ball and finishing is important, while deeper in the buidup he will look to ping a pass to the left winger and left sided forward on the counter.
Right pressing forward: Tall, strong, decent passer. Basically your targetman that the team will move around to support.
Left pressing forward: Pacy, good off the ball and finishing. This guy will score the majority of your goals. 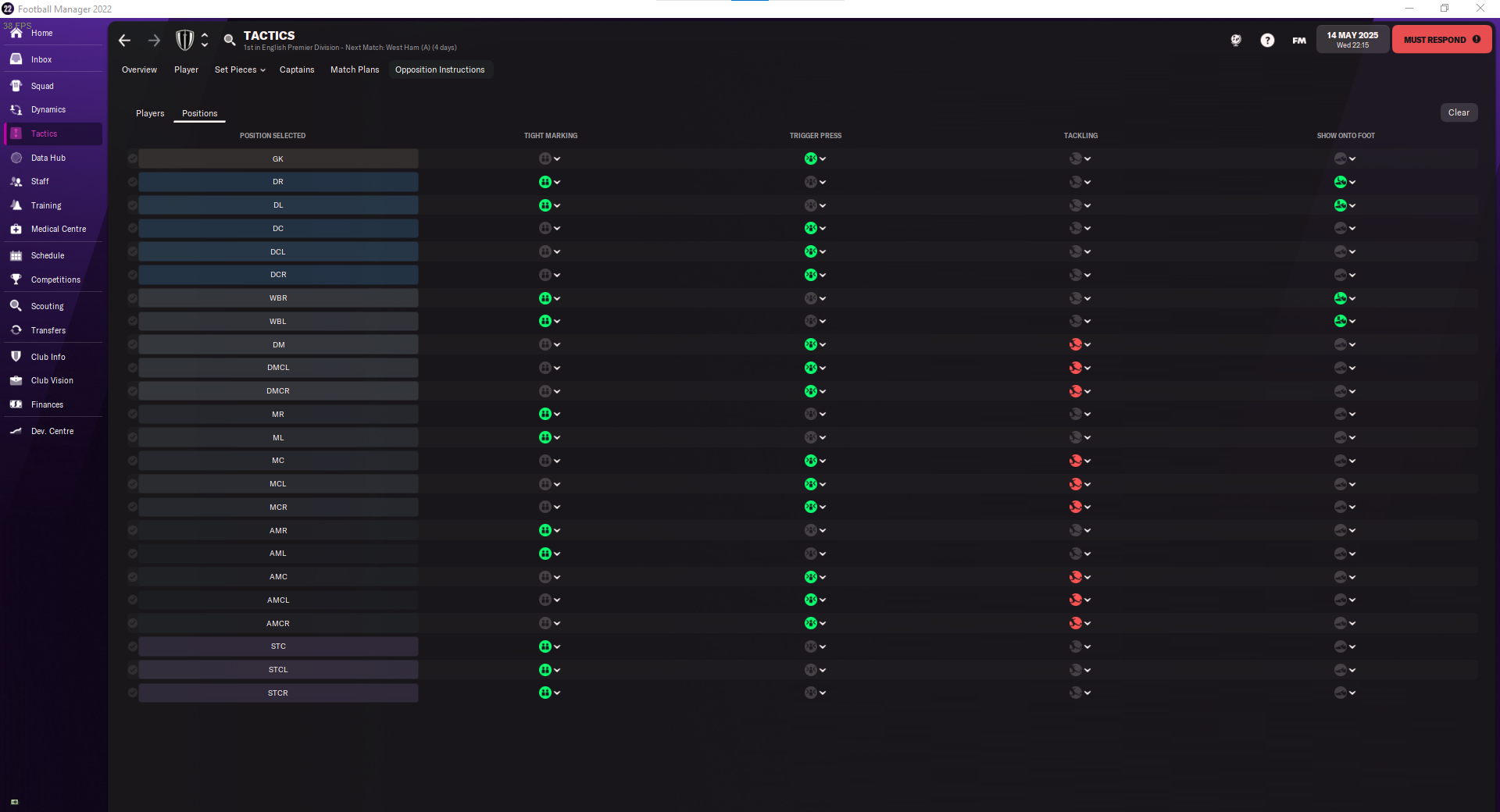 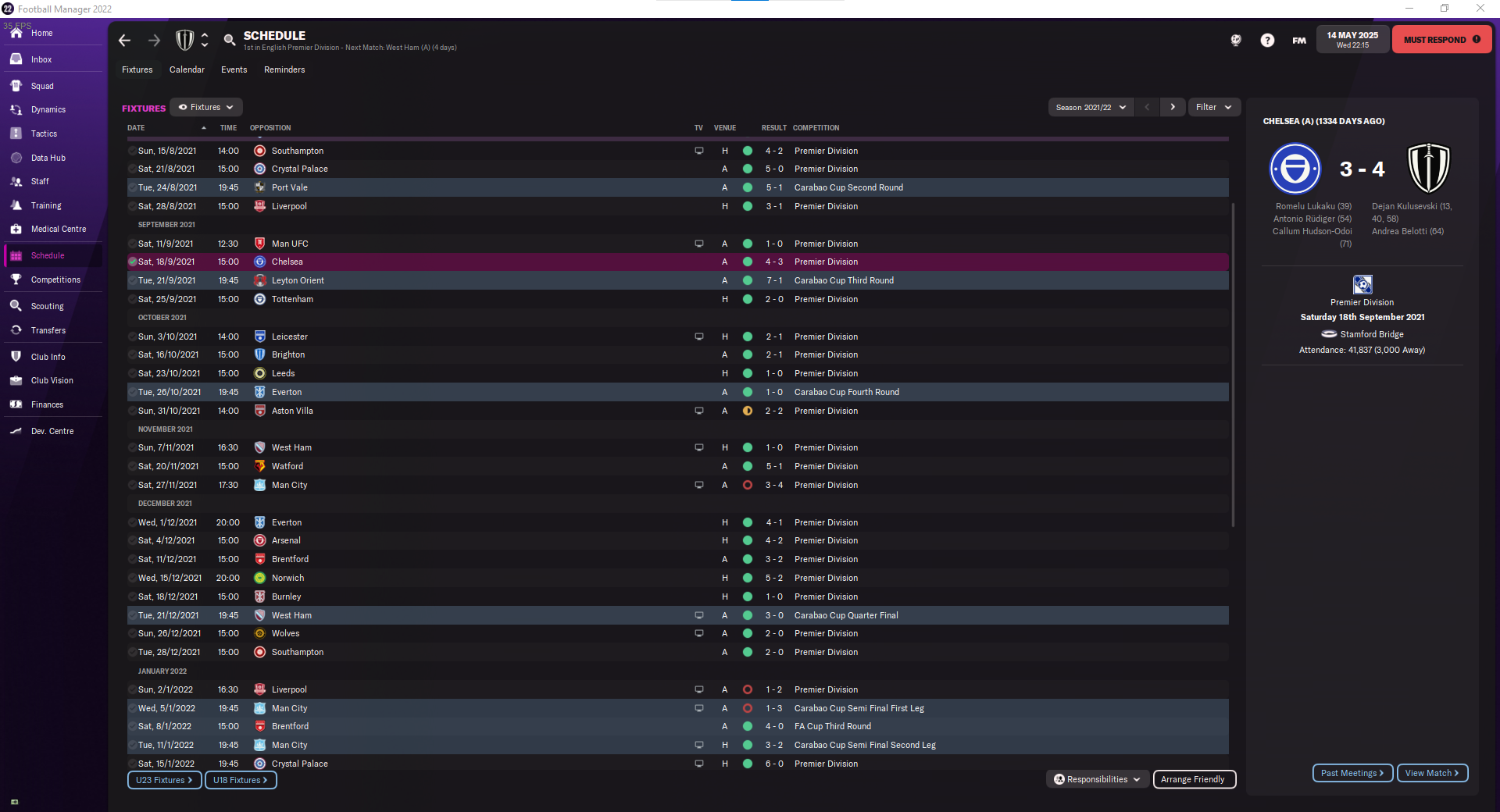 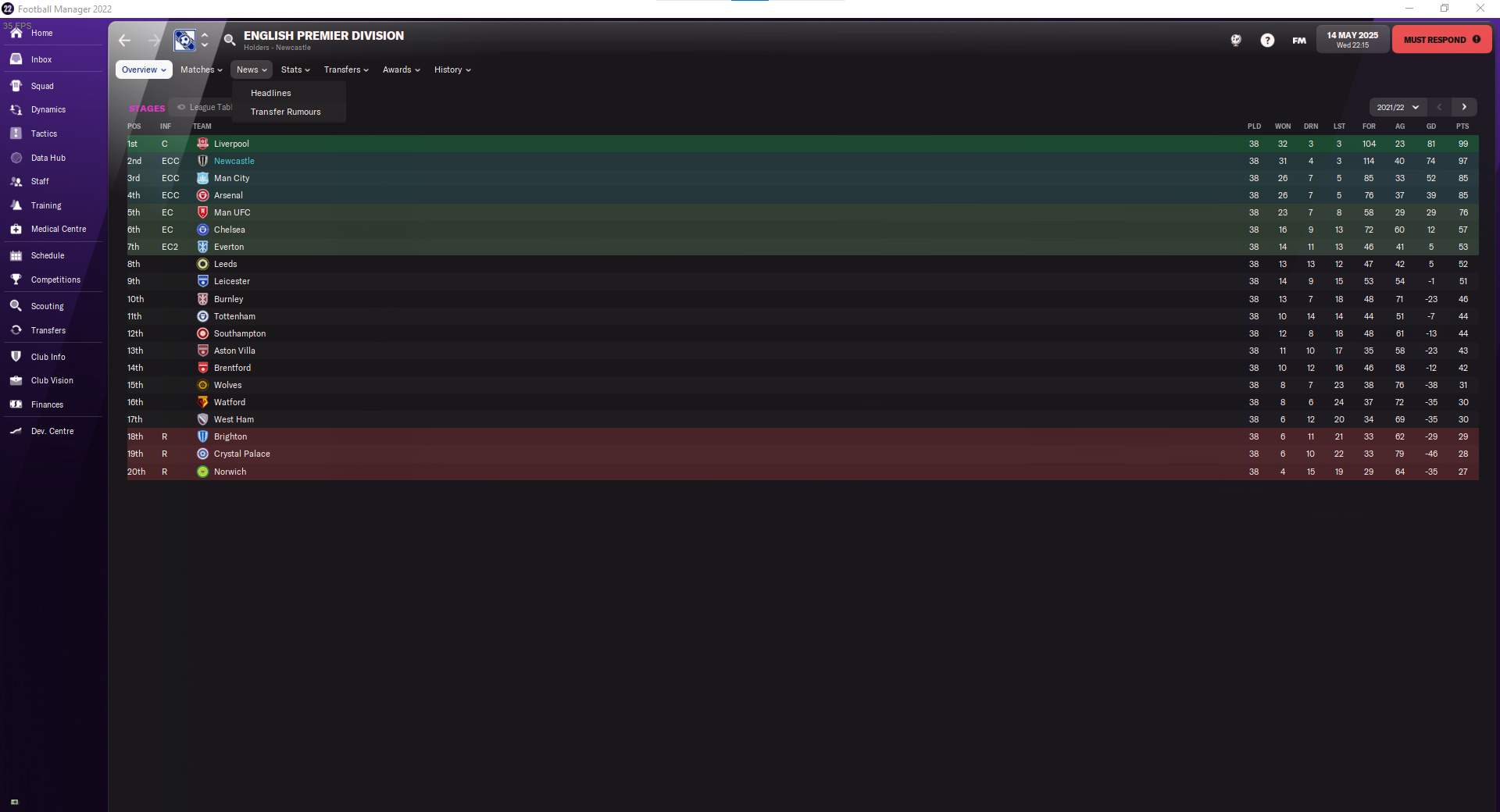 Results with unlimited money. Have not tried with a true underdog nor lower league, but pretty sure it won't work well.