Download
Overview History Discussion
This was an attempt I made to revitalize the Italian style of play in FM21 on an AC Milan save. The objective was to build a tactic that emphasized patient build-up and had a regista as the side's primary creative player while remaining defensively solid. I also wanted to personalize the style a bit, so I also added counter-attacking threat and aggressive pressing as secondary objectives with the tactic.

I used the base Vertical Tiki-Taka as a starting point and modified the player roles and instructions from there to achieve my objectives, specifically removing the instructions to look for underlaps, increasing the attacking width so that I could better stretch the common 5 at the back Italian defense, removing GK distribution instructions to make the most out of Donnarumma, and dropping the defensive line back to standard as I noticed I was particularly vulnerable to long balls over the top. The only notable change in player roles was switching from a DLF to AF with the PI to move into channels to better suit the skills of Zlatan, who was also given the individual instruction to roam from position.

Below is my tactic at the start of season 2 with the only major change being a more permanent shift from a balanced to a positive mentality. Opposition instructions were just whatever my assistant coach recommended before each match and I didn't specify any set piece takers. Often I would also switch my team instructions to maximize width when playing against a 5 at the back, but I honestly don't know how much of a difference that made overall. The tactic wound up vastly outperforming my expectations, causing me to win the Scudetto on the last day of season 1 (due to Juventus losing what should have been an easy match) with only 2 losses all season and the fewest conceded goals in the league at only 19. My final record in the league was 23-13-2 with a +51 goal difference, though I suspect I got VERY lucky with my results. I also had a surprise win in the Coppa Italia and made it to the Europa League finals due to getting very lucky and drawing much weaker opposition in the knockout stages, though I did lose 0-1 in extra time.

Zlatan was the top goalscorer in Serie A with 28 goals in 28 starts and 6 sub appearances and 36 goals across all competitions in 46 starts and 8 sub appearances. Below are my results from season 1. Honestly, I still have no idea how I managed to beat Napoli 9-1 in the league, but I'm definitely not complaining! 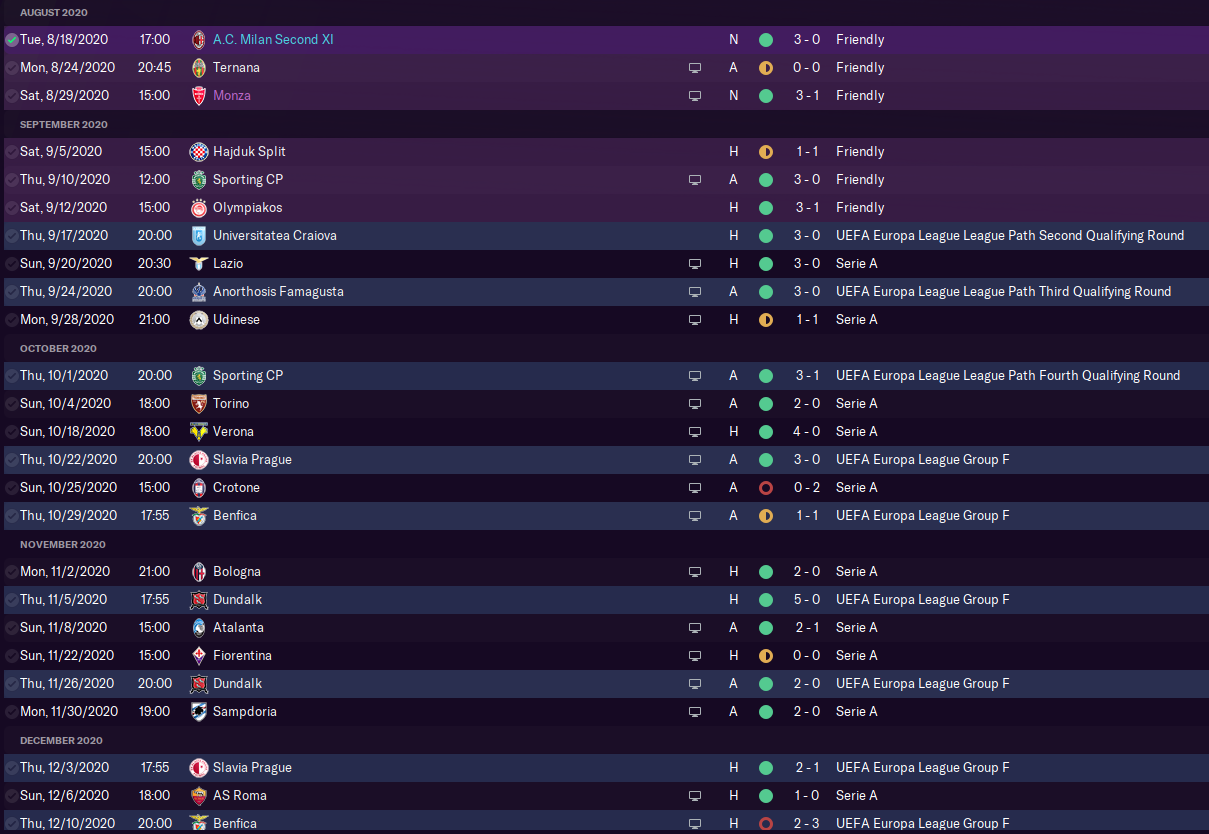 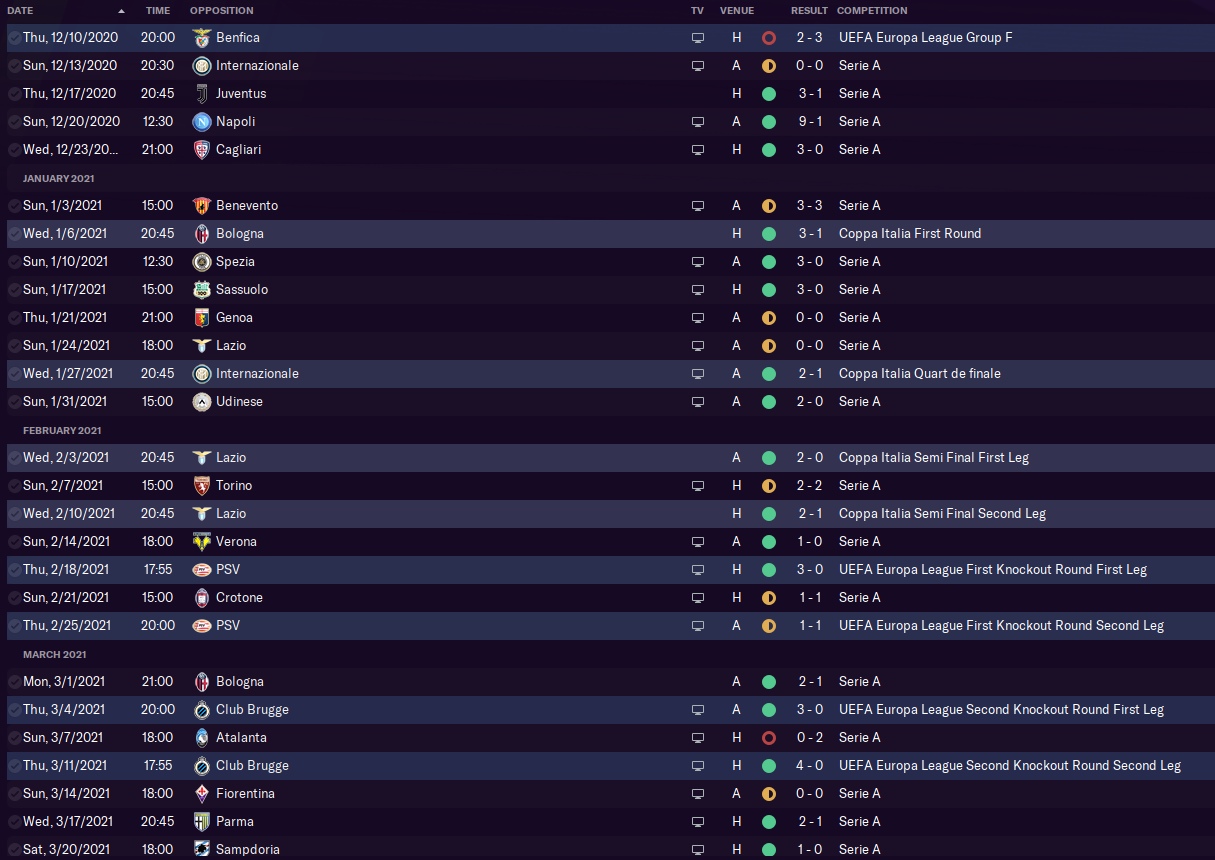 Mostly I'm just looking for feedback on how I could improve this tactic and hoping it gets run through the tactics tester because I'm curious if I just wound up with a genuinely good tactic or if I just got ridiculously lucky with how my season went. I know that registas aren't the best role to use in general, but I'm determined to make a tactic that works with one, so any specific advice in that regard would also be appreciated!