Description: Positive 4-3-3, playing out like a 3-4-3 with most attacking threats coming from the left side, having both a CWB on attack and a mezzala; the false nine is dropping in the midfield, making space for the mezzala to make runs behind the defense (the mezzala had 15-20 goals in the first 2 seasons). Pass into space is used combined with whipped crosses, allowing for fast inside forwards to get behind the defensive line and become a real threat. The deep lying playmaker is doing the build up from the defensive live, bringing the ball out of defense and up the midfield, while the lateral defenders are also progressing up the field.
Useful player traits: one-twos, helpful for the higher tempo required from the players; most useful in midfield (BBM, MEZ) and for CWB/ WB; dictates tempo, stops play for both BBM, DLP, as most of the attacking threat is coming from the midfield; switches ball to the other side for technically sound fullbacks or DLP, could be useful for either exploiting some space or getting out of a dangerous situation while building up; cuts inside for good finishers in IF role; moves into channels for false nine; through passes for anyone out of the attacking three/ MEZ.
Played as Farul Constanta in Romanian First League, expected to finish mid-table but ended up winning the league in the first season. Most notable win: a 4-0 win against Ajax as huge underdogs in a champions league group, which I ended up topping (alongside Bayern and Napoli; lost 1 game to both Bayern and Napoli, but won 4 others and scored in every game; biggest weakness in these games: BPD not being strong/ tall/ fast enough to compete at defensive corners/ freekicks, set pieces 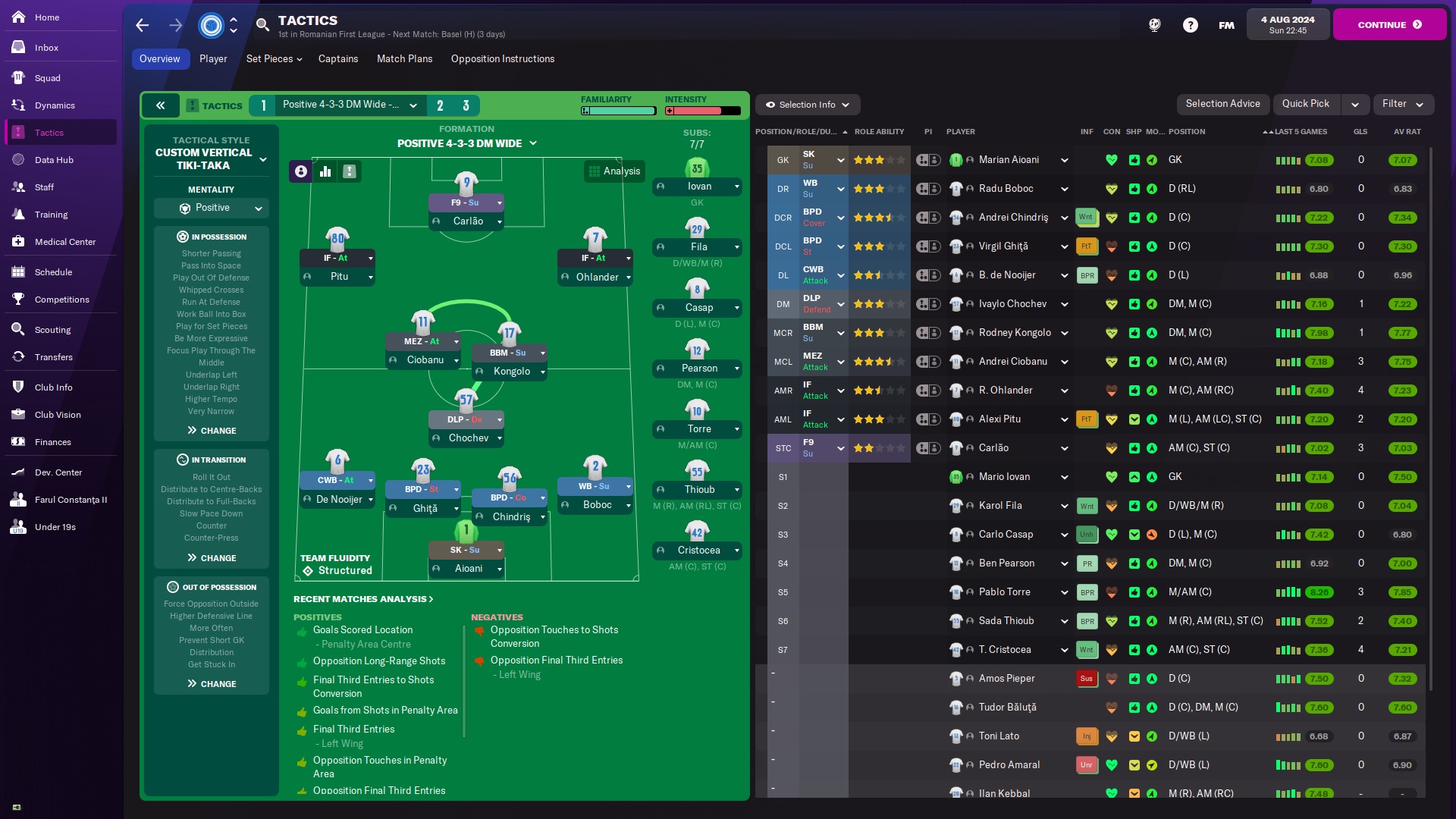 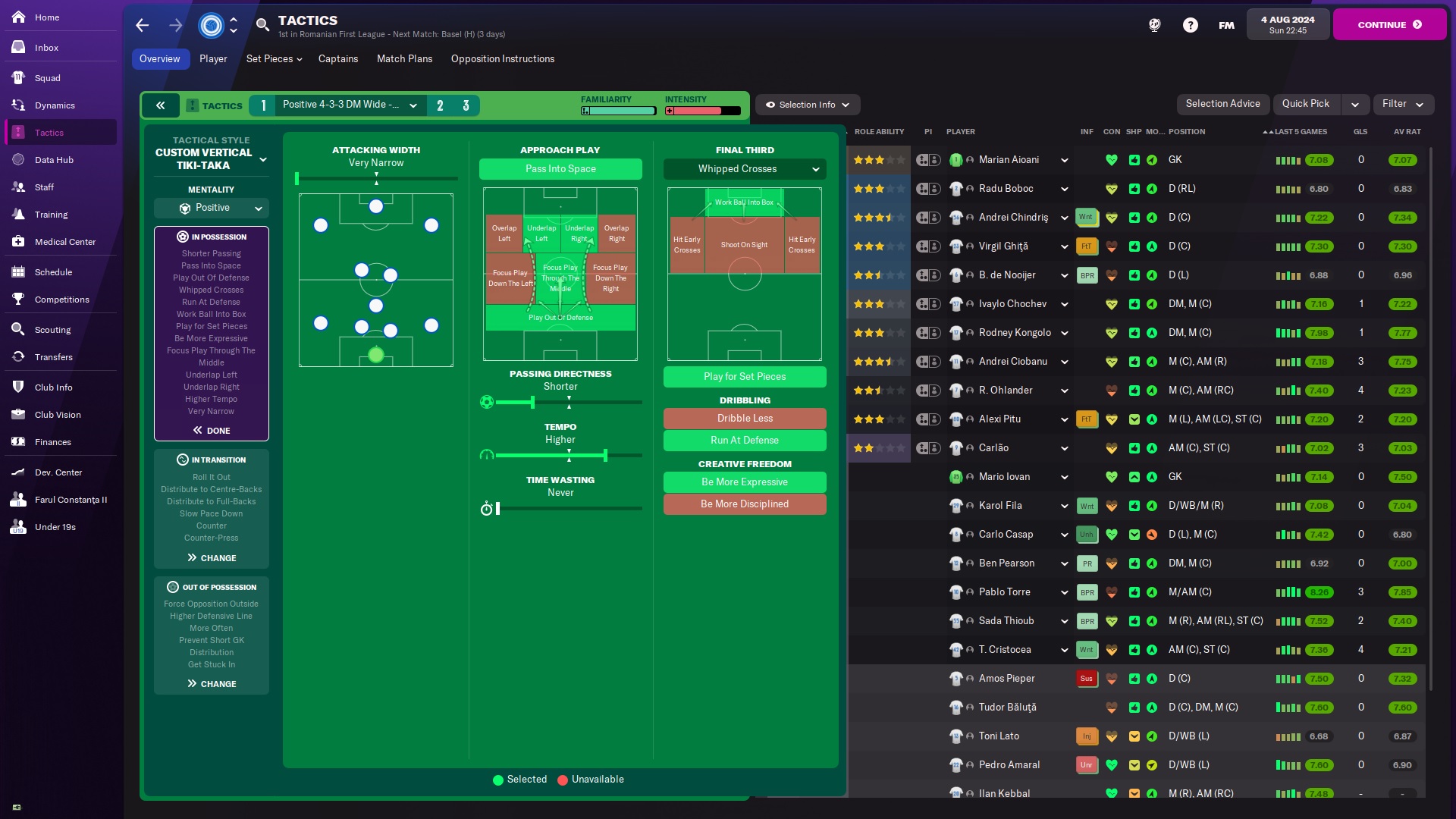 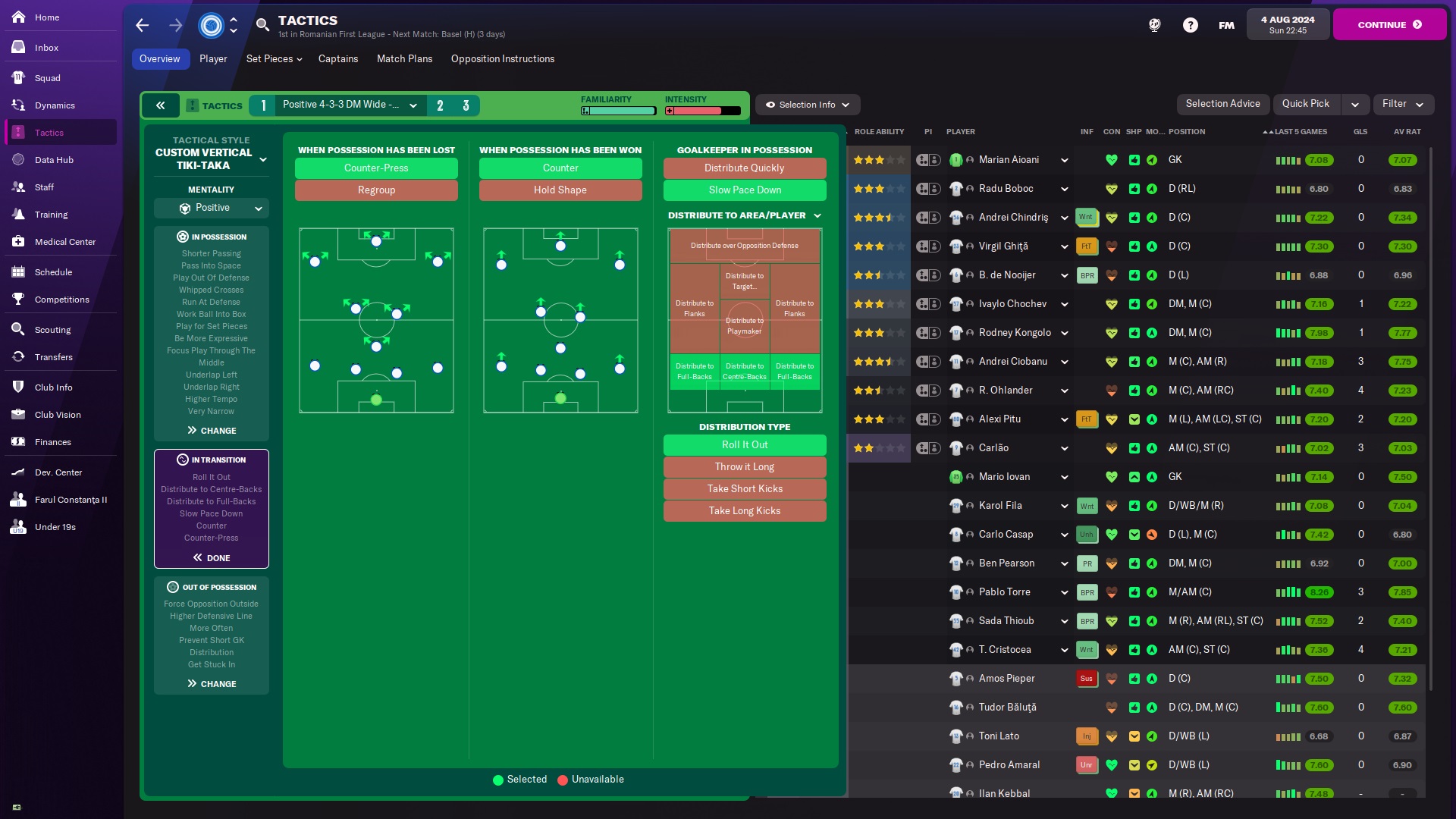 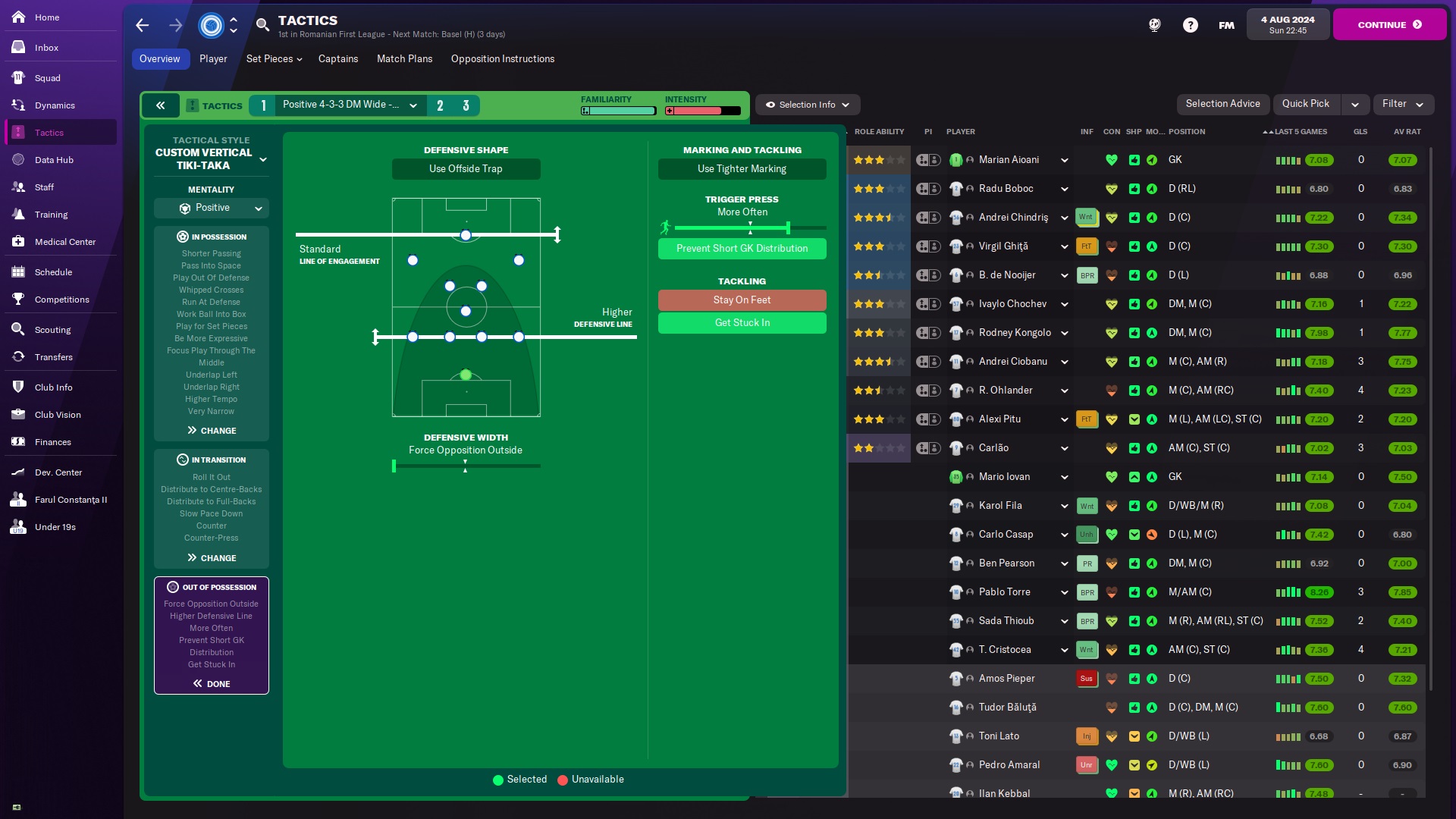 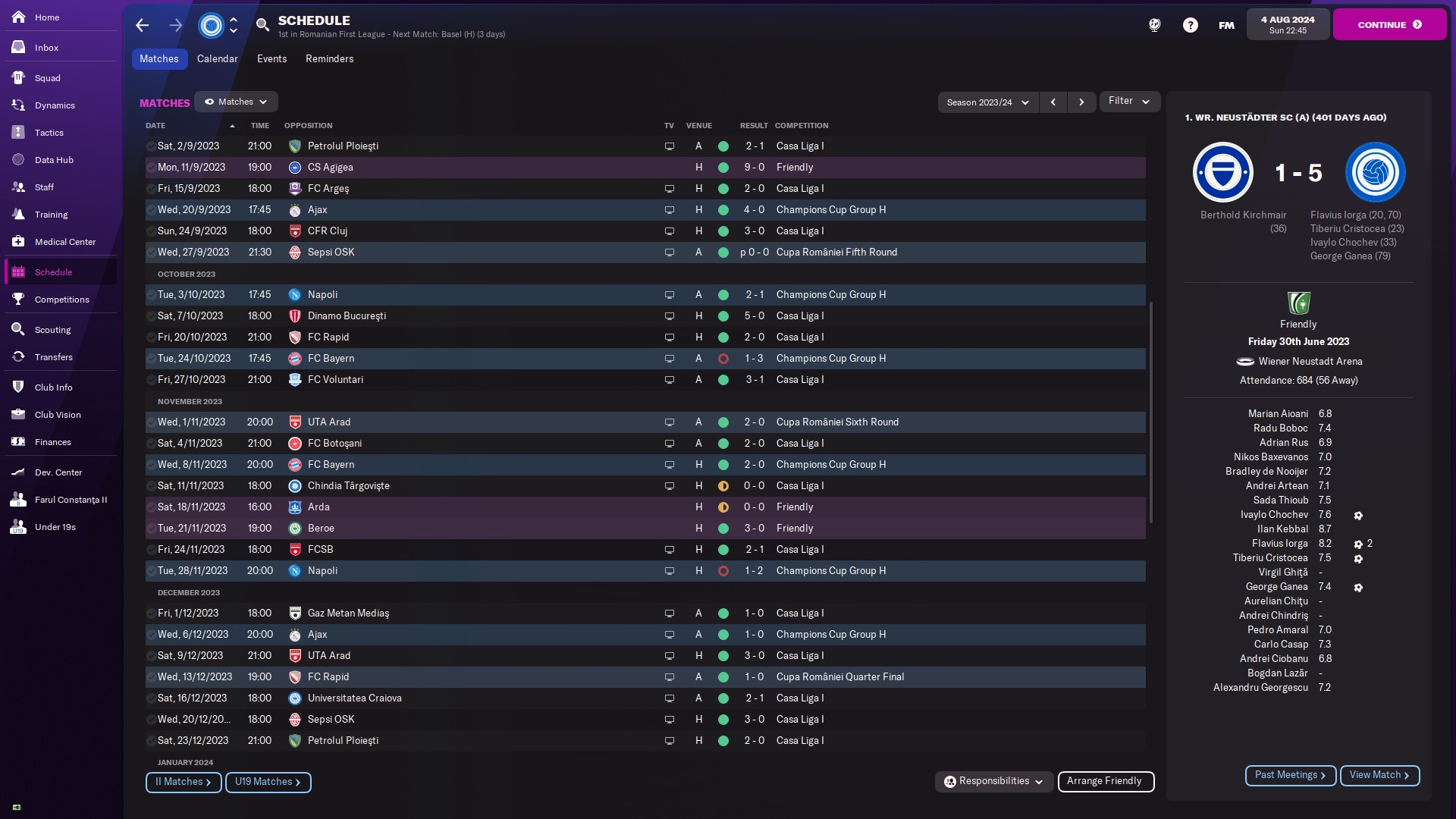 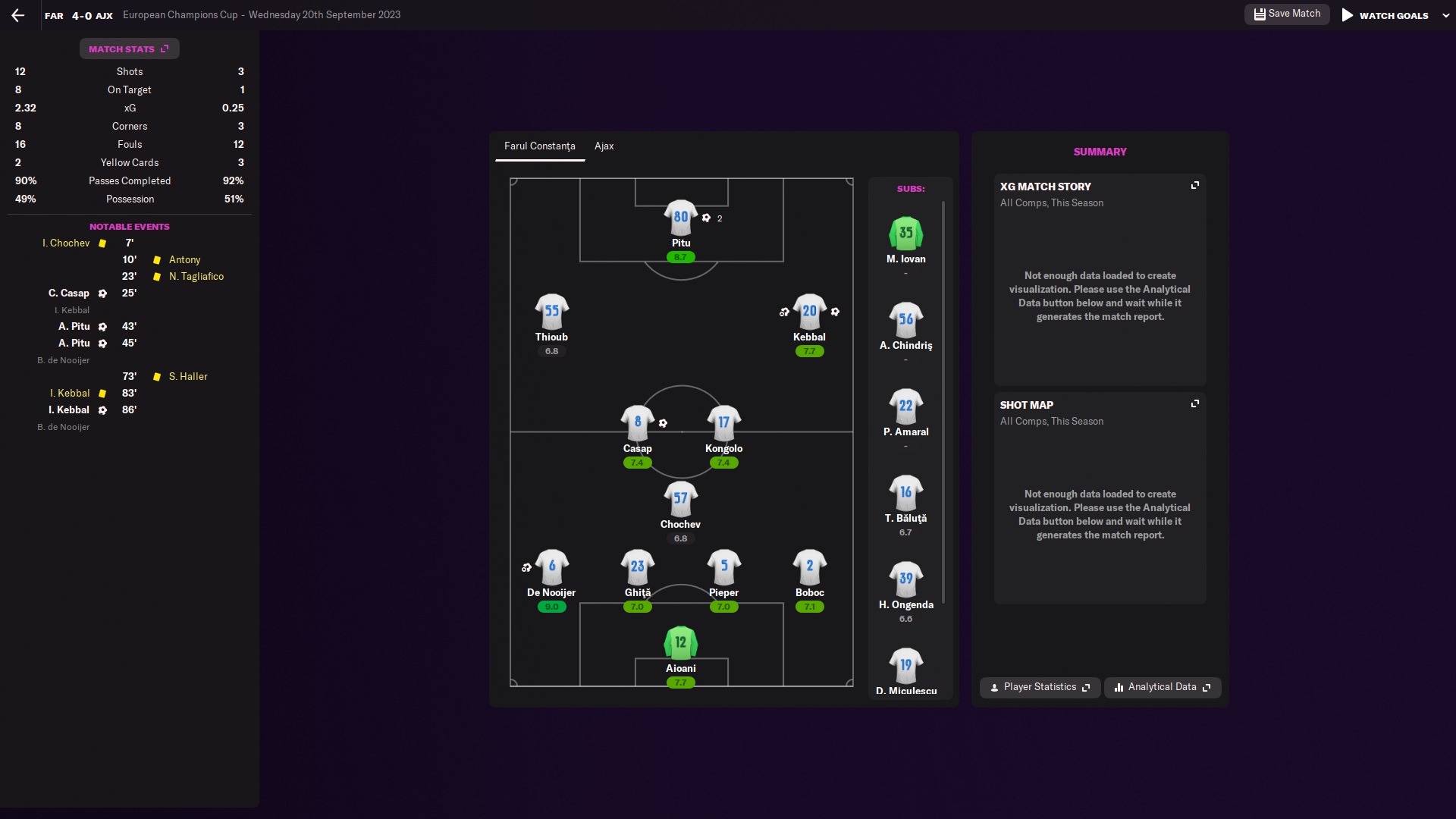