I tweaked the previous version, that was tested some days ago.
The original concept has been inspired by Carlo Ancelotti's AC Milan with Kaka and Pirlo, than I started to optimize results.
At the moment I'm testing a shadow striker instead of the classic attacking midfielder, while I use full backs instead of wing backs to keep the defense line more solid.

Let me know what you think!

Screenshots are taken from the last test I did, all season on holiday, all duties on my assistant managers.
I chose PSG as a top team and Lens as underdog (predicted 19th). 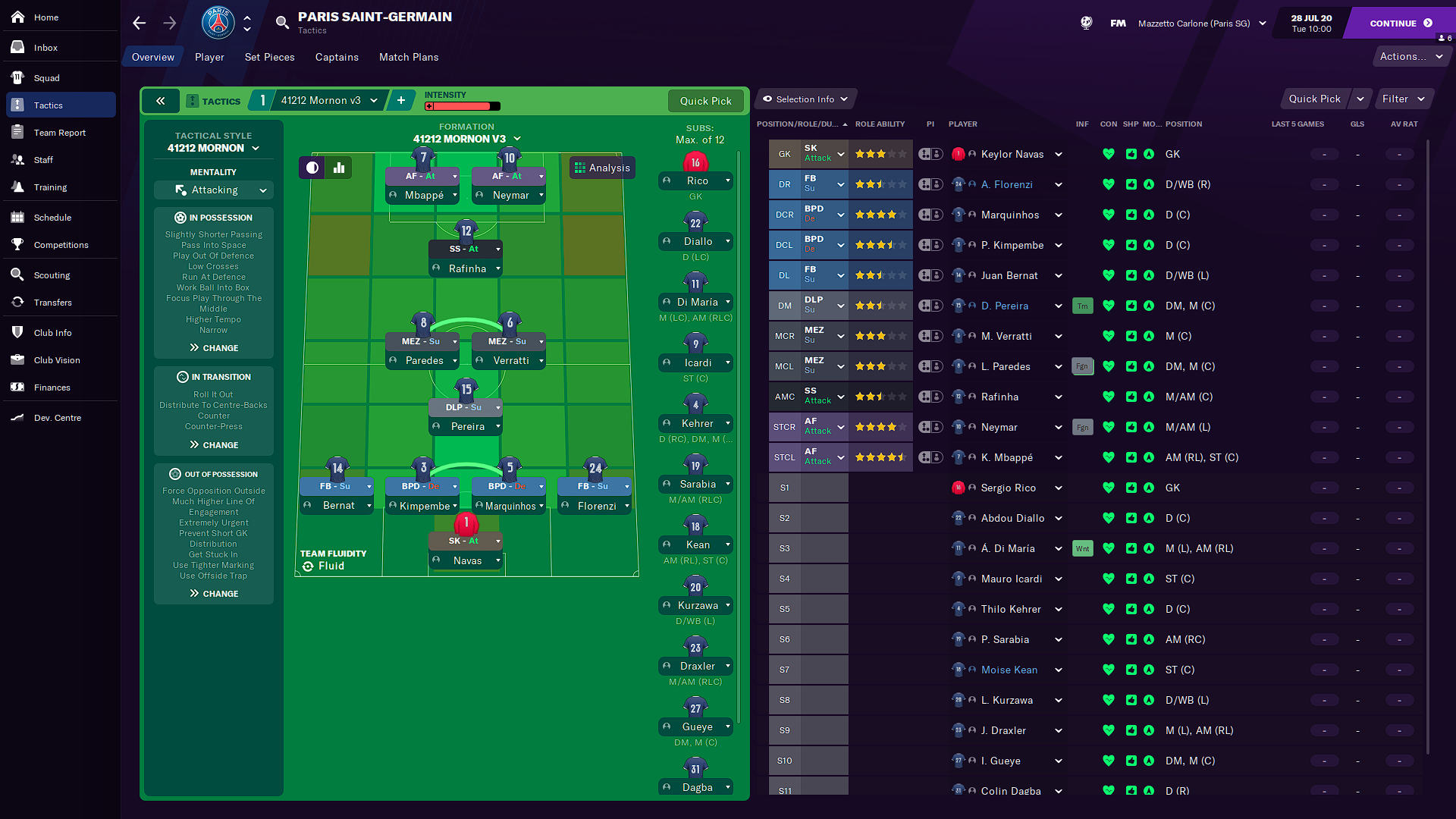 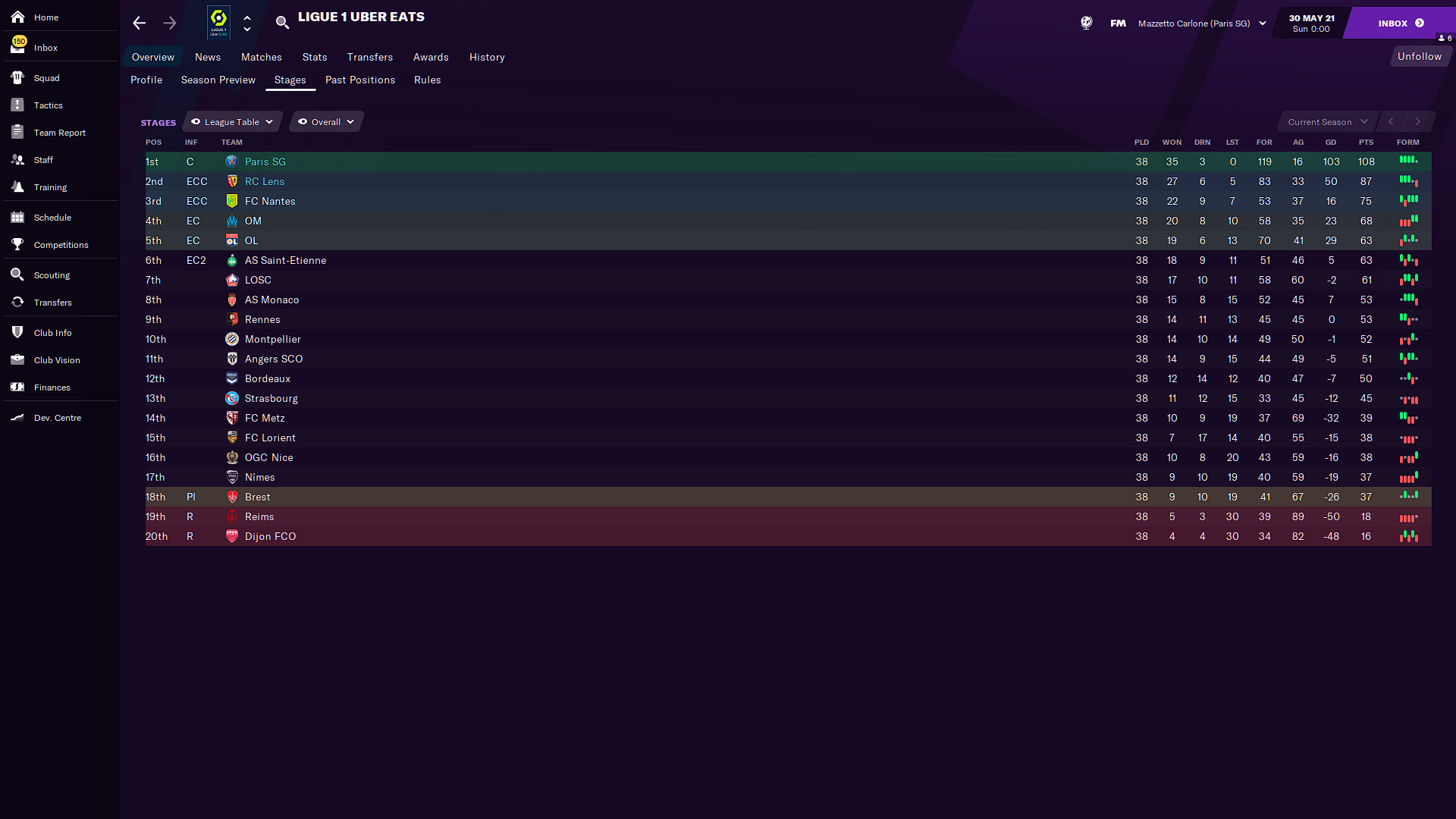