Building this tactic for me was about dominating my opponents in every way. I wanted to stop them scoring or even getting into my half, while being able to break down low blocks and out score good teams. 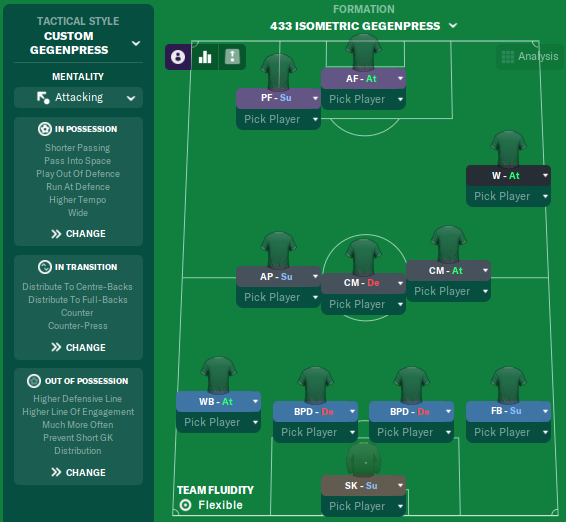 The key attributes I look for in my players are pace/acceleration, work rate, determination, strength and technical ability for their role.

Against weaker teams you can expect your team to be camped in the opposition half, looking to circulate the ball to create opportunities. 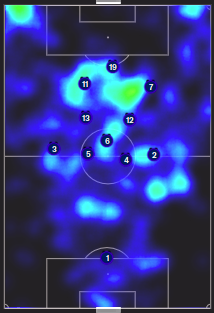 Against stronger teams you will generally be slightly deeper which opens up space for fast attackers to run into with pass into space on, despite the shorter passing, your players have the license to play more directly when appropriate. 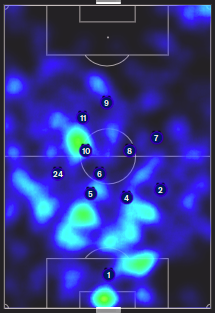 Your assists come from all over the pitch, we are aiming to have as many options as possible to score from and avoid being one dimensional. 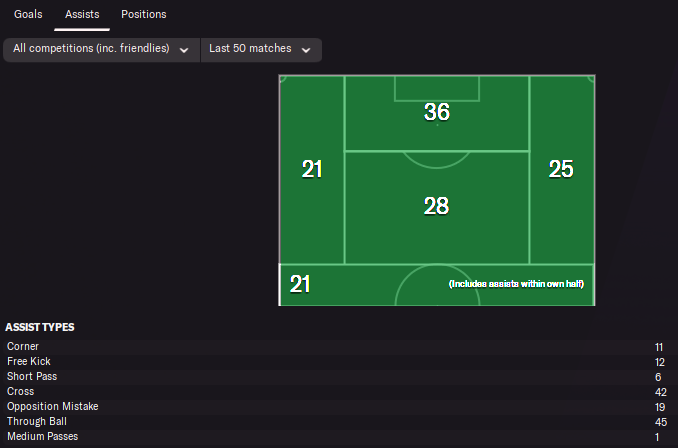 In line with this you can also expect to see both strikers, the right winger and the CM Attack chipping in with goals, whilst the AP Support, CBs and FB/WB will also get the occasional goal. Most of your goals will be inside the box, however there is no harm in having a CM Attack with good long shots as they have a tendency to bang one in from range. 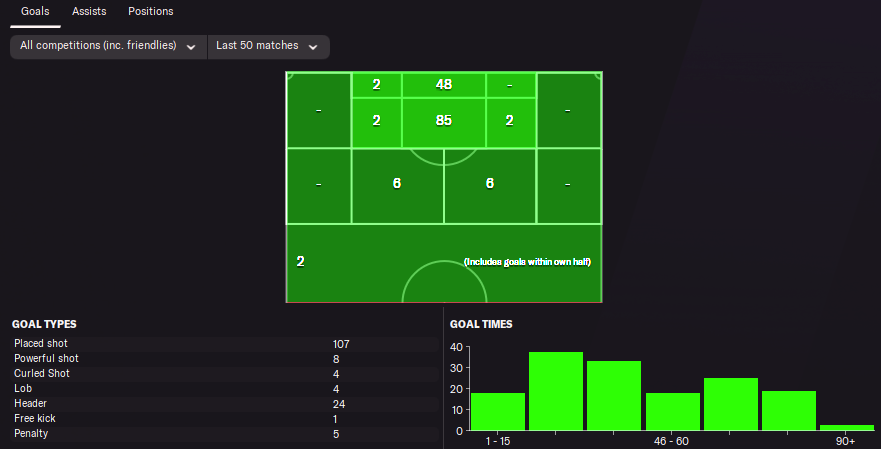 Overall I have tried to create a balance of roles and duties whereby we outnumber the opposition in all areas, no matter what tactic we are coming up against.

I generally leave my training to my Assistant Manager, I also tend to follow their advice for pre match team talk and get hot headed if we aren't winning at half time, I don't use opposition instructions, however I do have player instructions for the following positions to shoot less often Pressing Forward - Support, Winger - Attack and Central Midfielder - Attack. Whilst the Pressing Forward - Support and Wing Back - Attack are asked to stay wider.

I don't set up set piece takers with this tactic either, I just let it all happen, but obviously setting these up to your best players will give you good results. James Ward-Prowse would be a great CM - Attack in a Premier League save as he will give you the all round set piece ability whilst having the ability to attack the edge of the box. You could also flip this tactic if you have Left Footed Winger and a good Right Wing Back in your team. I have a variety of players who excel in each position and I don't think footedness matters except for the wide positions where you want their outside foot to be dominant.

In attack you will see we simply shoot the opposition into oblivion, personally I like to try and squeeze as many attacking players into the team as possible so the tactic for me needed to make use of them. 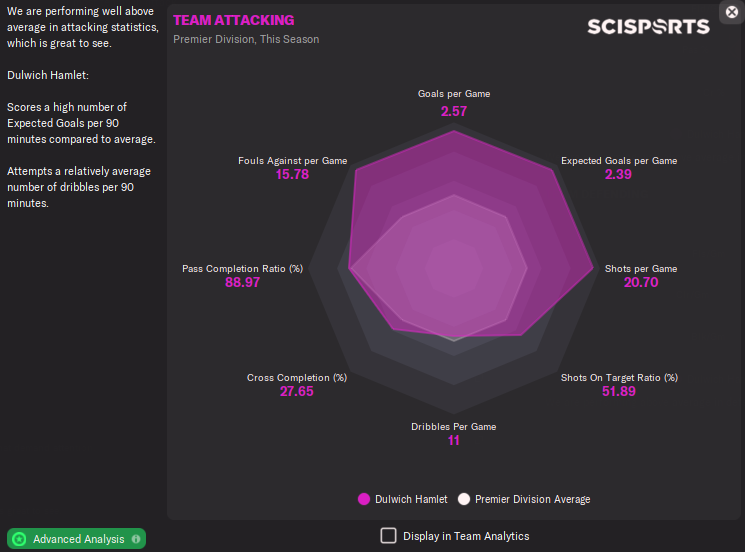 In defence you will see that we don't actually tackle much, we tend to win the ball up the pitch by hard working attackers intercepting play. 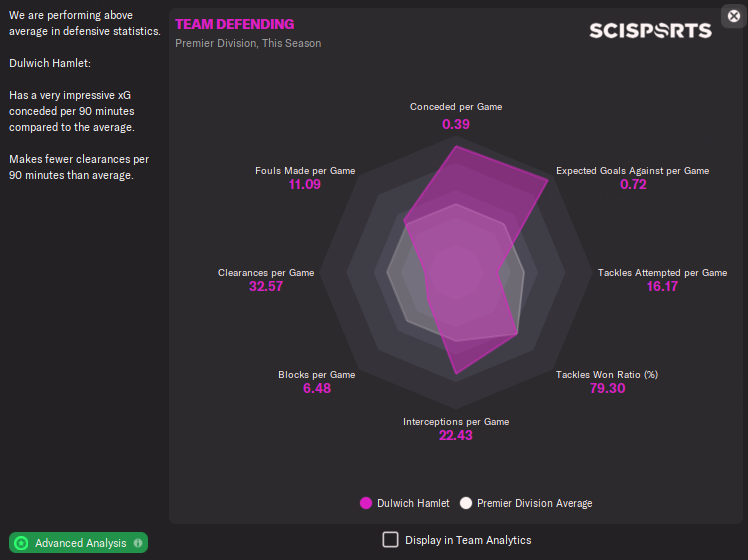 I hope you have fun with this tactic. My major bit of advice will be that you need two players in each position to play this and compete on multiple fronts. Your players are working hard all game and you will need to make good use of rotation to succeed. Try not to have too many Star Players, you can somewhat get away with having them at CM and Advanced Forward, but otherwise avoid as you will need to rotate heavily to keep everyone fit. That said it gives you an excellent excuse to develop youth players and give them minutes and most roles are innately simple. A faster hard working young winger will score and assist plenty, just by trying hard.

Below are my results so far this season. 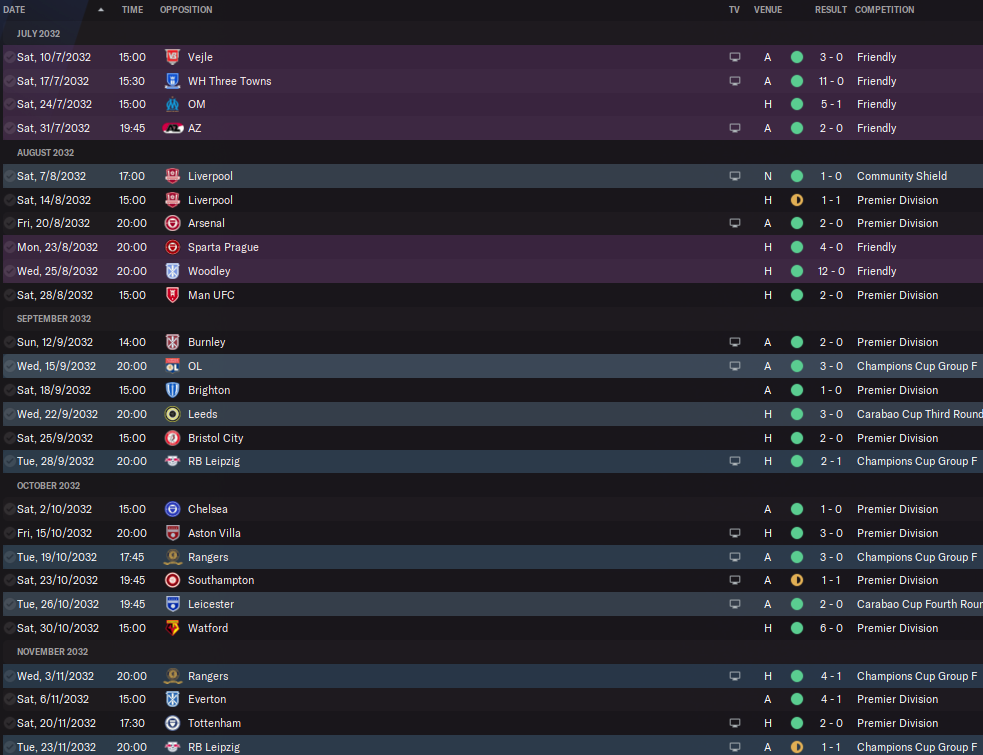