Download
Overview History Discussion
I've created a tactic for FM 21 based on Gasperini's Atalanta. The tactic involves quick counters based on the pace of the front 3. This is NOT a possession based tactic. If you don't like playing short passing football and don't like to use wingers like me, this tactic is for you. I tested it with Stuttgart by going on holiday with no transfers made. The board expectation was to avoid relegation and I finished 4th and made the cup semi final.

Finished 4th in the Bundesliga after the board expectation was to avoid relegation and made the semi finals of the DFB Pokal, being knocked out by eventual winners BMG. The side was comfortably finishing 3rd but bottled it slightly at the end, something which I've faced while managing smaller teams. 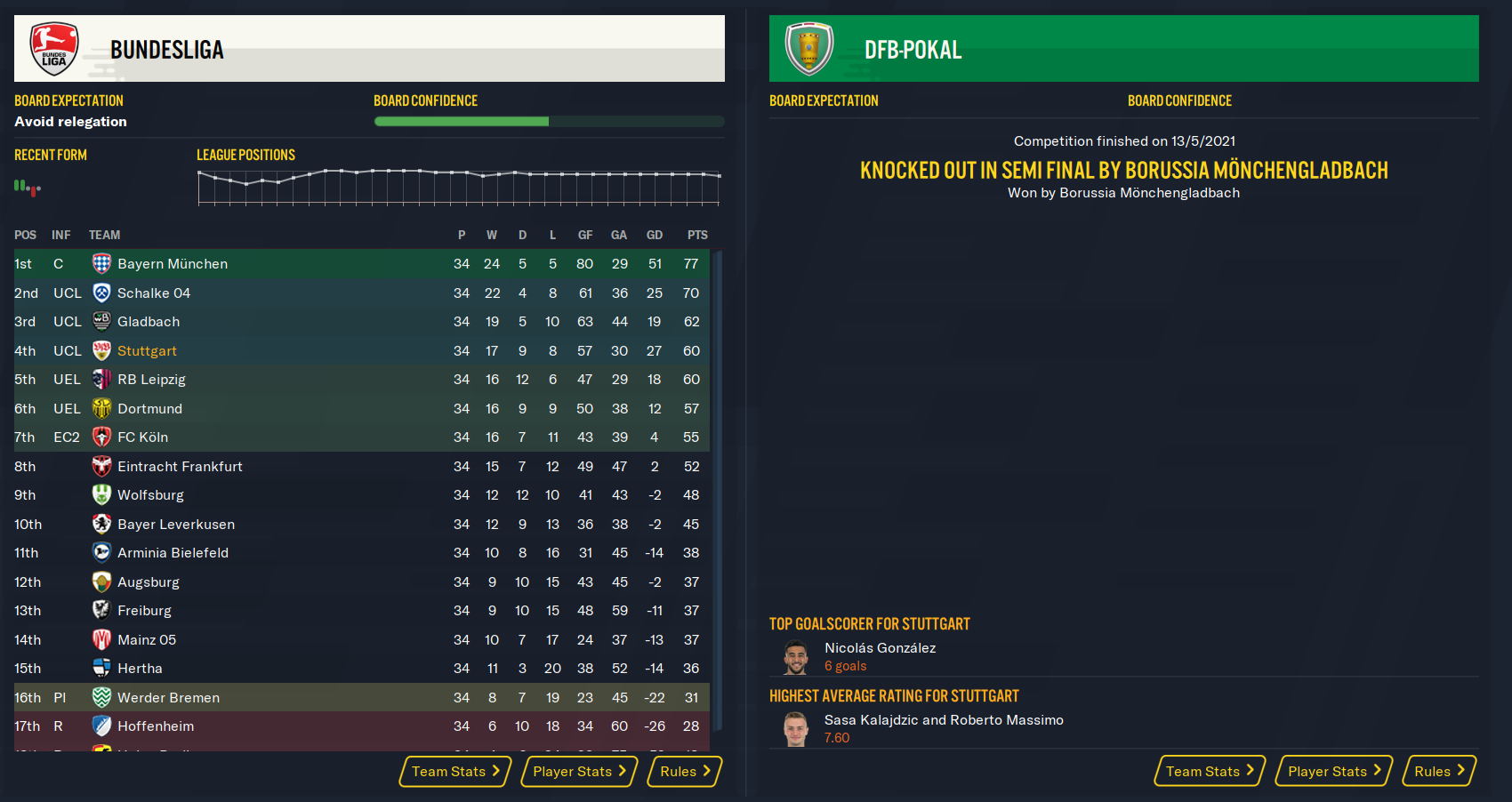 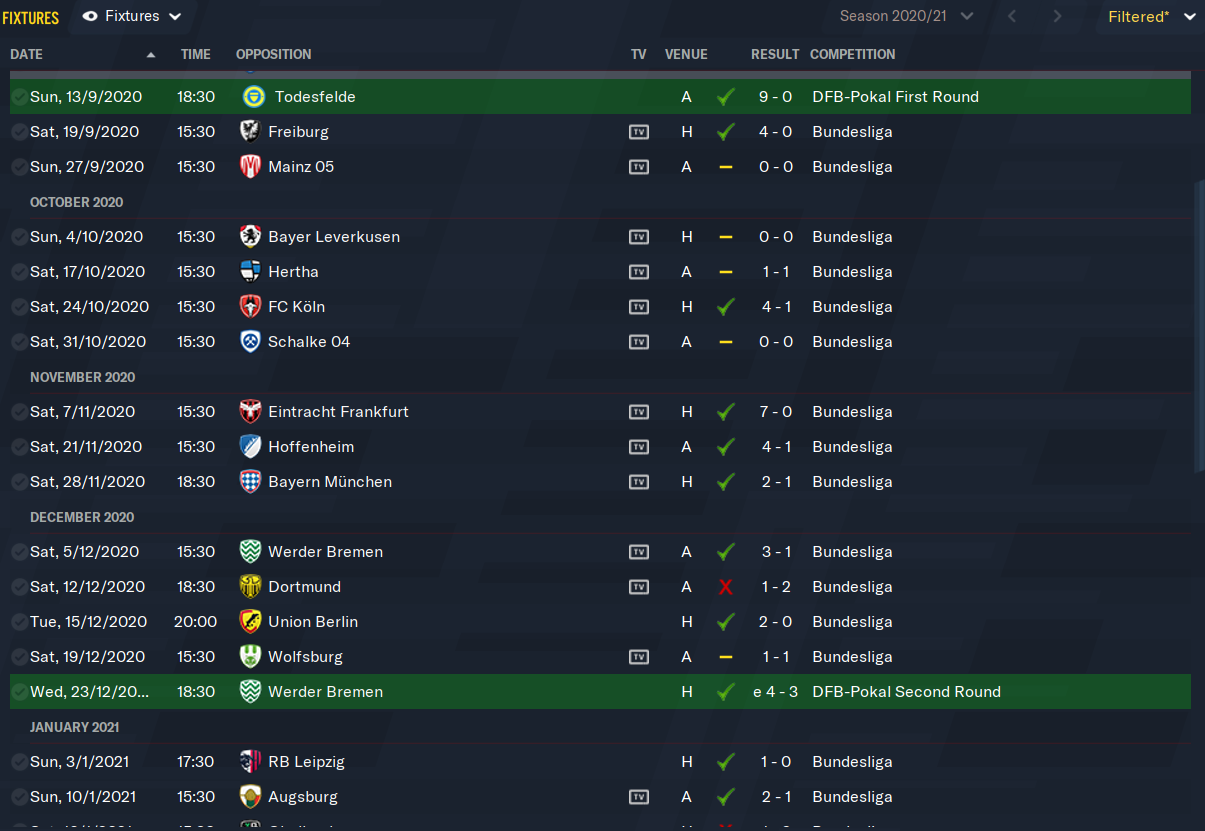 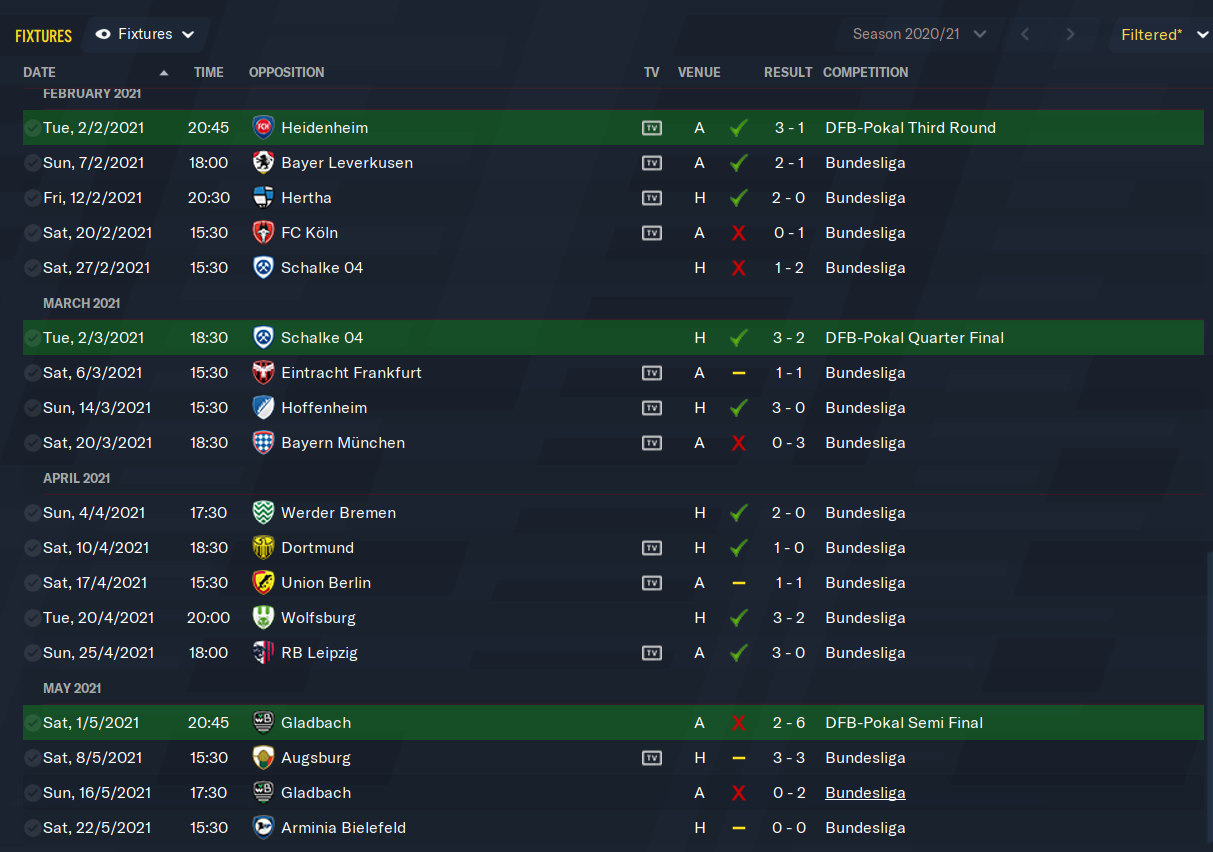 Wamangituka finished as 2nd highest goalscorer in the league and Didavi highest in assists. 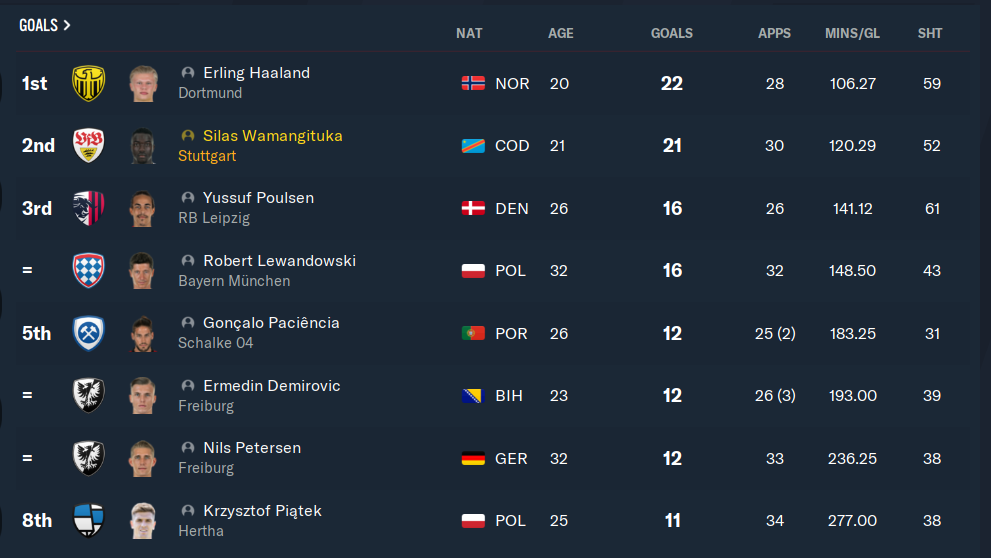 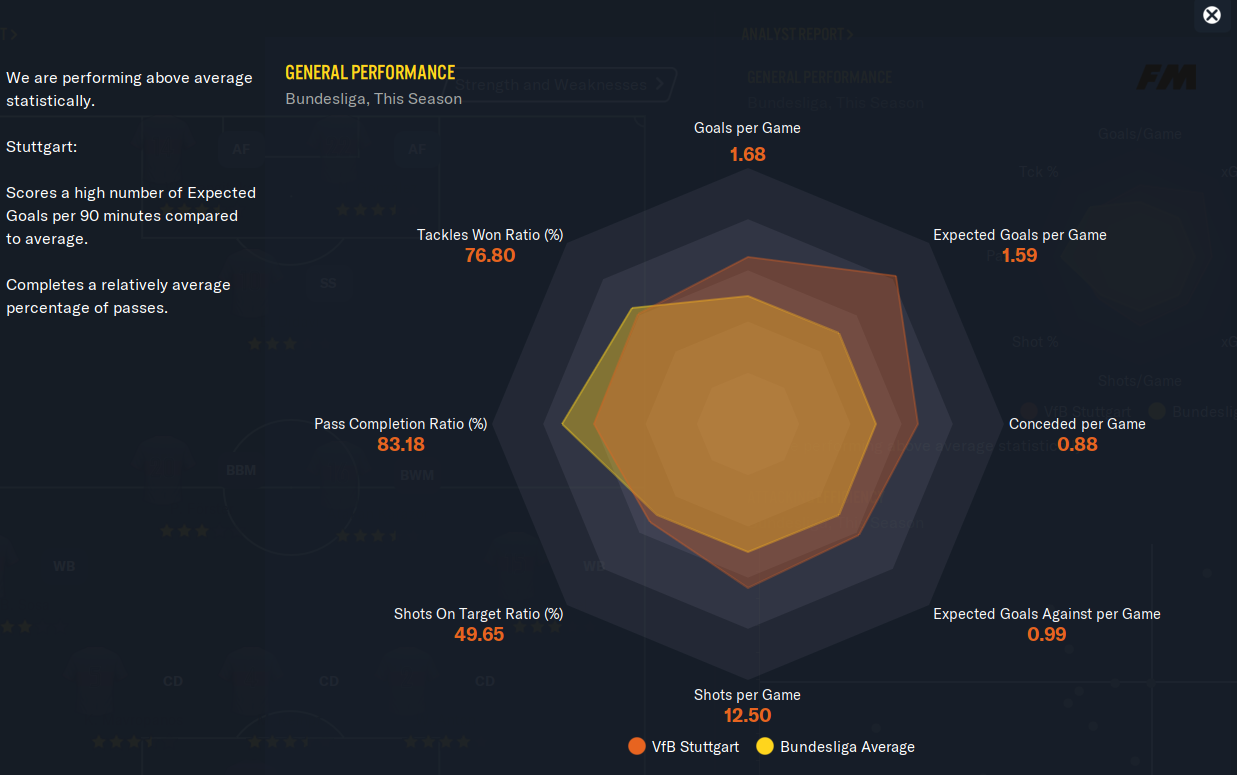 ATTACK
The basic idea behind my tactic is to win the ball quickly and then counter up the pitch with pace. The movement of the 2 strikers and the shadow strikers is important here. The wingbacks provide the width and balls into the box. Box to box midfielder provides another industrious presence in the box in attack.

Playing on counter creates a lot of 1v1 chances from few shots which leads to plenty of goals. 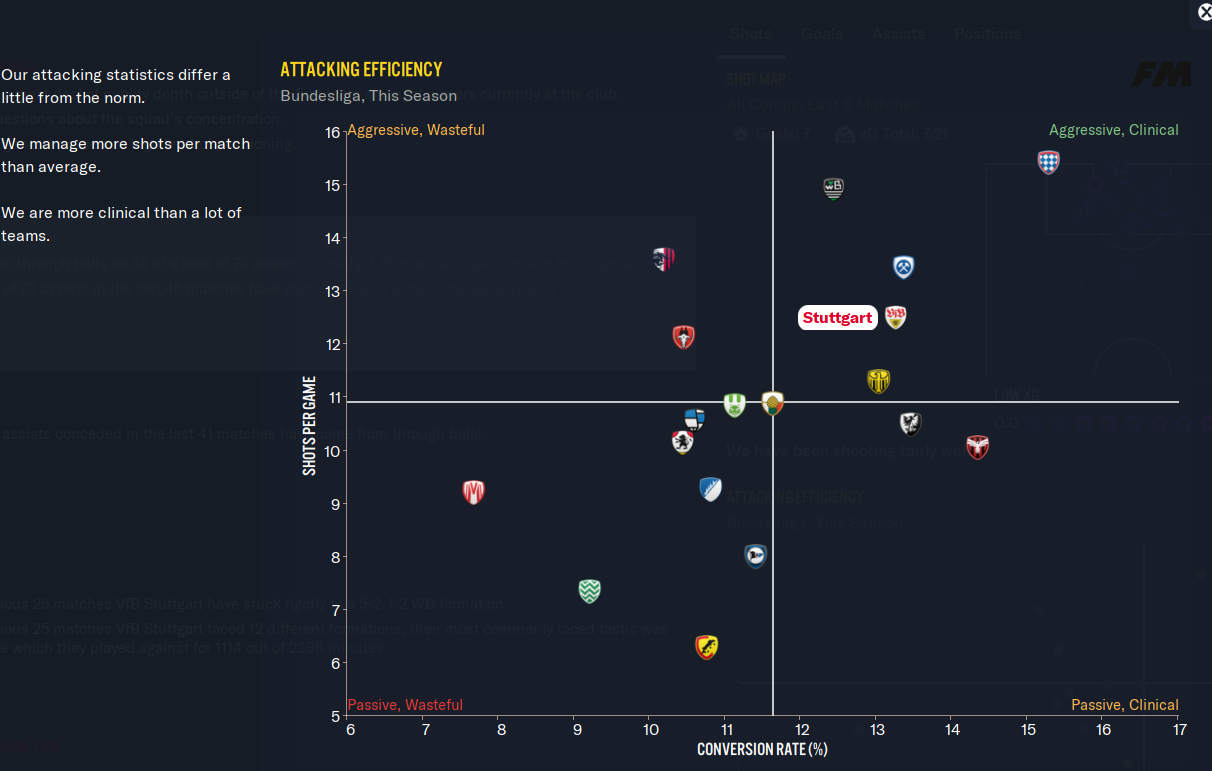 DEFENCE
In defence, the wingbacks fall back and the B2B and BWM form a pairing in front of the back 5. The defenders are all central defenders on defend duty and maintain a high line, playing for an offside trap. 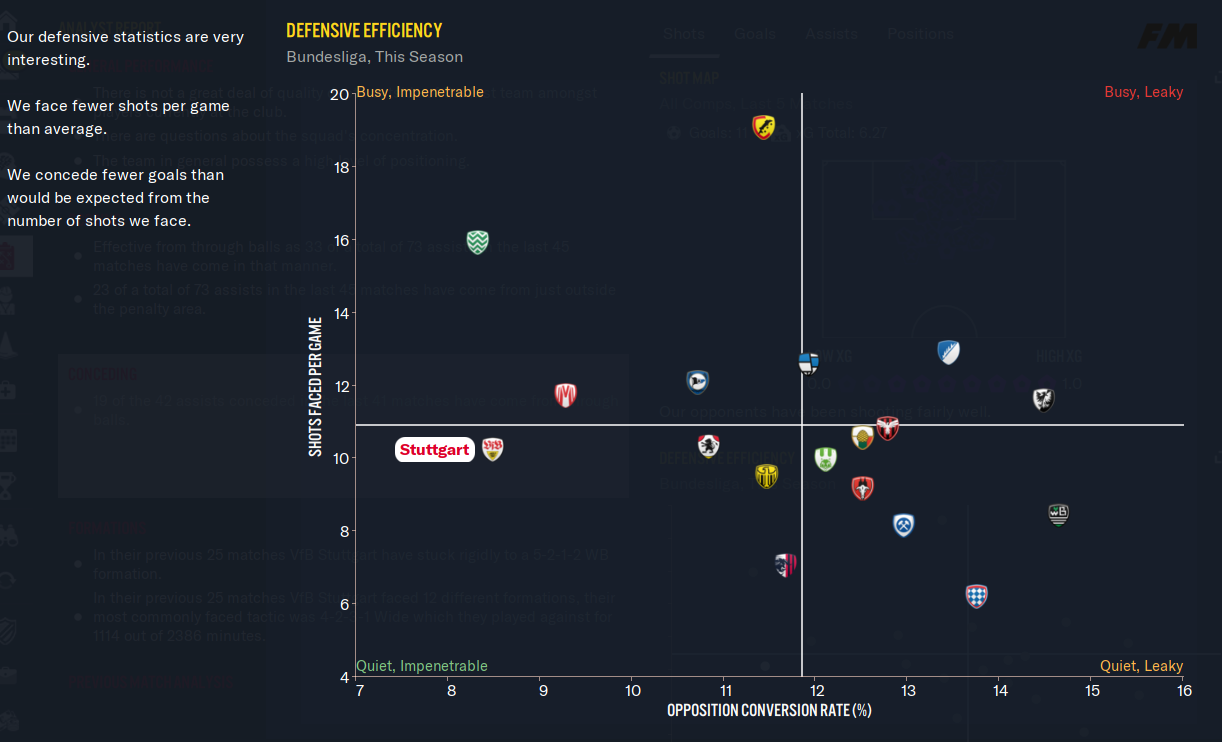 CORNERS
Whoever is best in your squad can take them, just make sure to alter the set piece routine so that you have someone to defend against the counter. I preferred my SS taking them since they are better.

THROW INS
I don't like using any specific throw in tactics so I haven't set up anything for that. You can set that up as you wish.

PLAYER INSTRUCTIONS
I have set tackle harder on all players. Mark tighter for the attackers, midfielders and wingbacks. Shoot less often on all the players. Hold position for BWM.

TRAINING
Handled by the AM. I don't do any general or individual training myself.

RECOMMENDED ATTRIBUTES
GK : Any decent sweeper keeper
WBs : Crossing, pace, acceleration, stamina should be high (13+ atleast).
B2B : Good tackling and marking (12+), vision and passing should be high (14+), bonus if you can find someone with high long range shooting and finishing.
BWM : High tackling and marking (15+), low aggression (less than 14)
SS : Vision and passing very important (15+), finishing and dribbling should be decent (12+)
AFs : Pace and acceleration are extremely important for this position. I wouldn't recommend anyone with less than 14 in those attributes. Dribbling and finishing are important too but if you have to choose between pace or finishing, I'd say pick the faster forward. Right footed striker on right and left footed on left works better.