Download
Overview History Discussion
I started an Arsenal save, i used this tactic and i managed to go completely unbeaten and broke the most points in a season record. We also managed to win the community shield, fa cup, europa league and of course the league. Lost only 3 times all season, in the first round of league cup against crewe(i cant believe it either :/) and twice in the europa league but we always managed to overturn the loss in the next match. We also only drew 4 times all season, 3 times in the league and once in the europa league. we also managed to scored alot of goals and conceded very few. My main striker manged 47goals in 47 games, and the left IF got 35 goals in 39 games. I personally used players of quite high quality which helped and let them play to their strengths. For example we had Odegard and he was a magician in that AP role. Also our fullbacks had a great time going forward alot, the 2 centre backs stayed back and managed to often prevent any counters with our DM also helping out a bunch because it gave the others on the pitch the freedom to get attacking and scoring goals. In the end in the league we scored over 100 goals and only conceded 18, our GK leno did brilliantly. We did overperform in goals scored and goals conceded, our xg for goals scored was 89, still most in the league, and conceded xg was 25. so you can maybe say we got a bit lucky but i still belive we would have won the league without it.

I would love to here any feeback as this is litterally my first tactic i have uploaded, most of the time i like to download a tactic because i thought im not very good at it, but now this has happened im feeling much better about it or maybe i just got really lucky.
I have no idea how this will work with underdog teams nor how it goes in the lower league but feel free to give it a go.
Anyways i hope you enjoy it and it works well for you!! 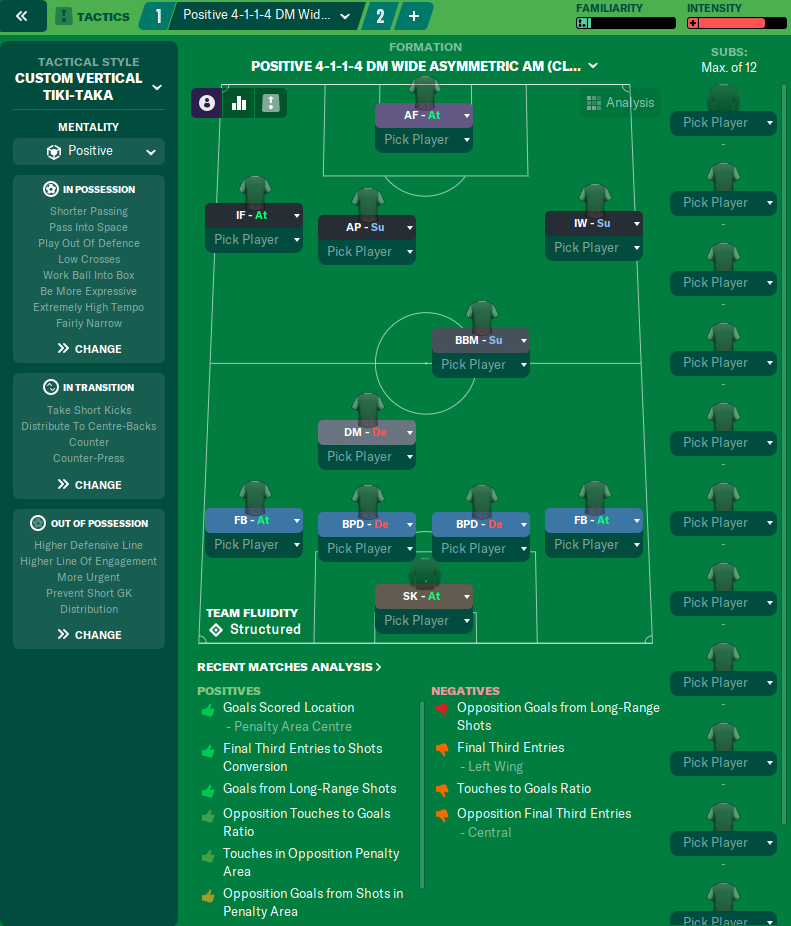 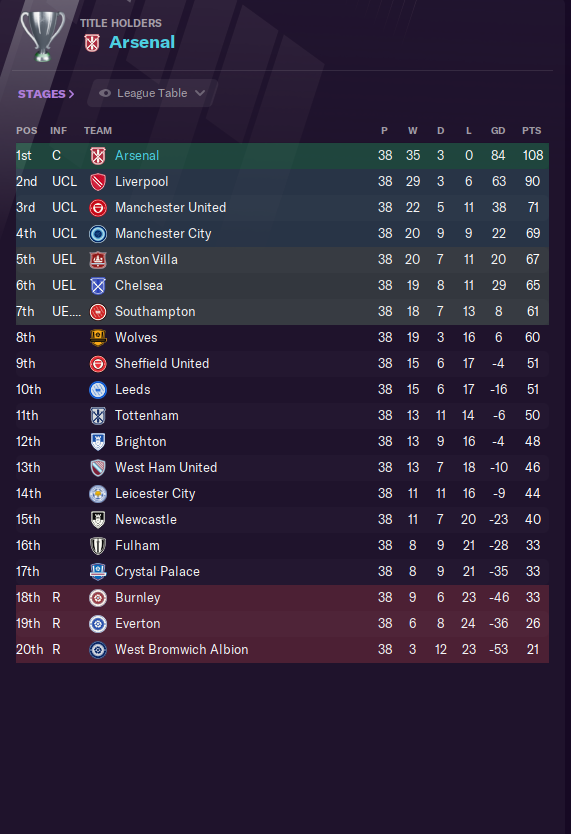