Download
Overview History Discussion
A tactic I discovered works after getting bored with the classic formations and getting hit with an injury to my second best CB. Last season in-game my RW, ST and CAM all had 20+ goals. Very good against teams you're much better than and has even been effective against bigger clubs, for example, a 3-0 win away at the Giuseppe Meazza, or a 1-0 win away to their Milanese rivals who later went to the CL Final.

However, one downside to this tactic is that you are often caught on the counter. In many games this won't matter too much however as this tactic means that the opposing team is often locked in their own half and you'll be a few goals up. When viewing it in action through the 2D match view, you can see that it often works with the CB standing with the opposition striker at the halfway line (good for this player to have high acceleration/pace and concentration to make interceptions to stop the ST going through), with a line of the fullbacks and DMs ahead of him with the fullbacks often darting forwards and putting crosses into the box and assisting. The DMs often retrieve the ball are consistently the ones passing to the guy that gets the assist so it is useful for these to have high vision/passing stats (all of this can be seen in the third SS where the player in the RB position (RDM) passed to the RB ahead of him, who played the ball into the man currently on the ball in the box).

The CAM takes a lot of long shots (RW played there last season and won goal of the month 6 times) so it is a good idea for the player in this position to have high long shots.

May be more effective with a positive mentality and IF rather than raumdeuter. 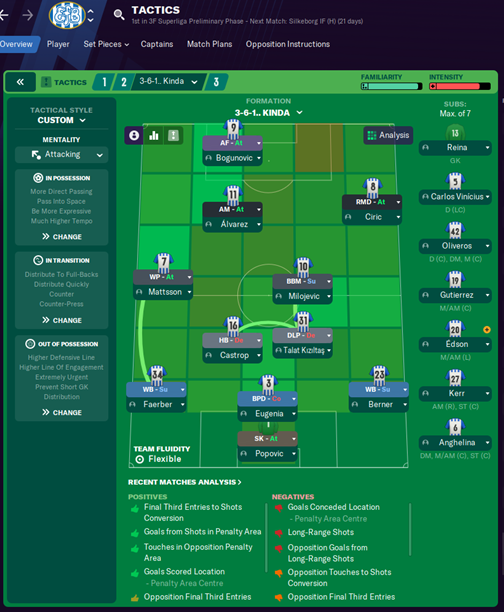 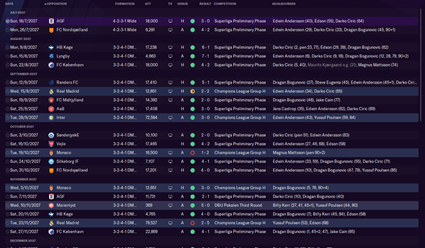 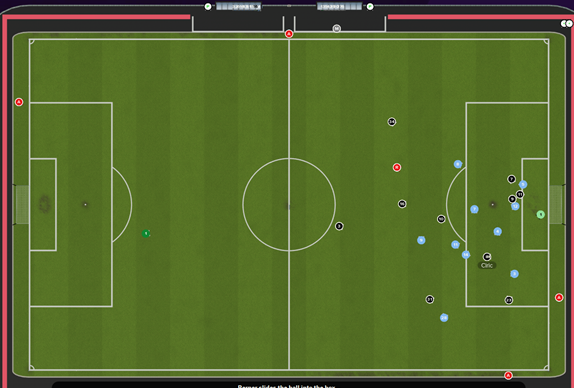