Download
Overview History Discussion
In this database I have vastly overhauled Ireland, gone are the days of the League of Ireland and no promotion from third to second division.

As the leagues below the second division split into groups I will only include screenshots of the top four leagues.
I have followed the English league structure for set up with 20 teams in the JPL followed by 24 teams as you go down the pyramid, beneath the Jameson National League the pyramid splits into 4 groups of 24 teams.

I have created custom logos for this pyramid, I just need to sort out the Unique IDs changing first before I upload them, I have included a sneak peak at the bottom of the page.

@LFCStevieG_ on twitter if you are having any issues. I have simmed 5 years into the future. 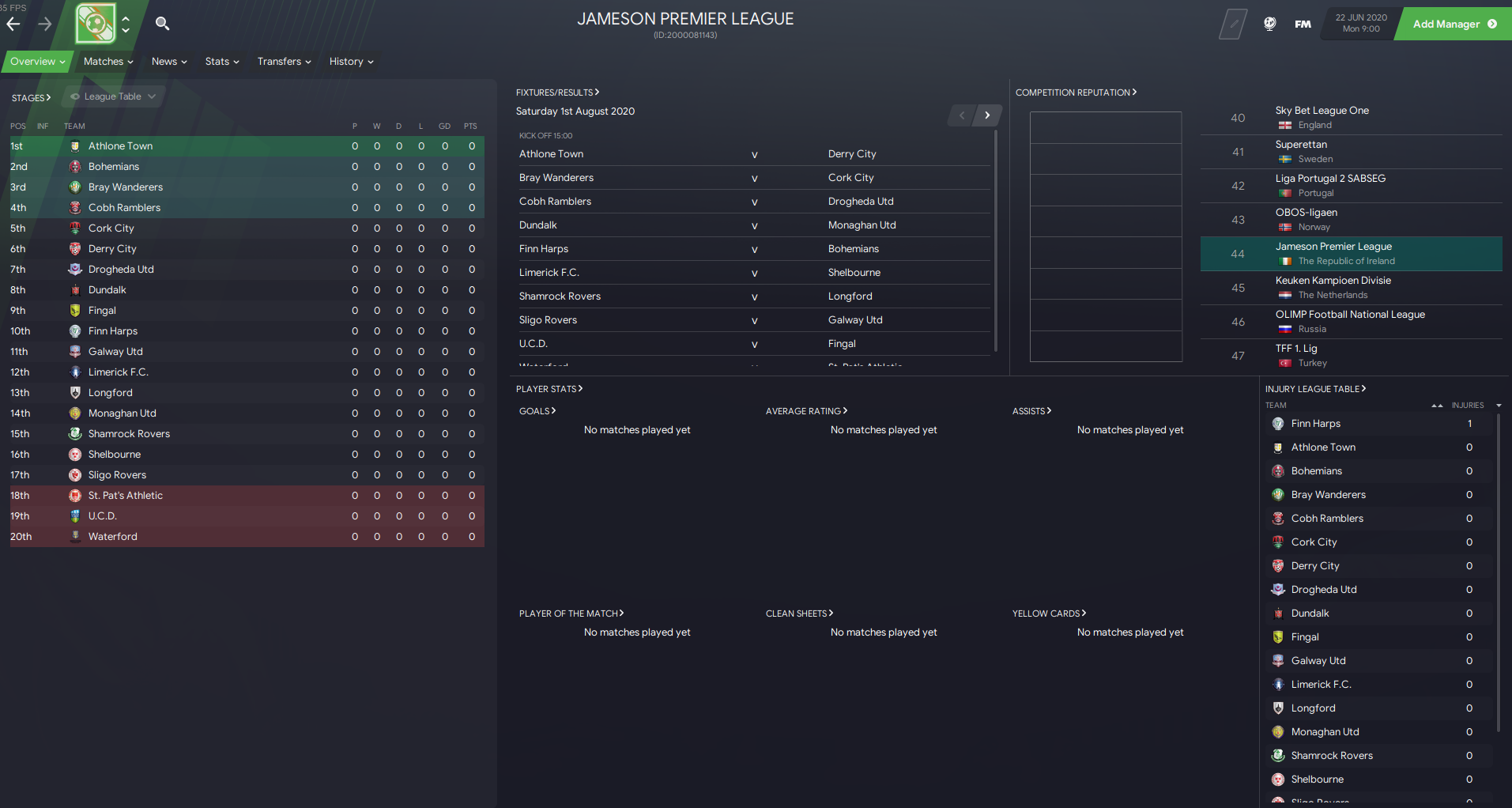 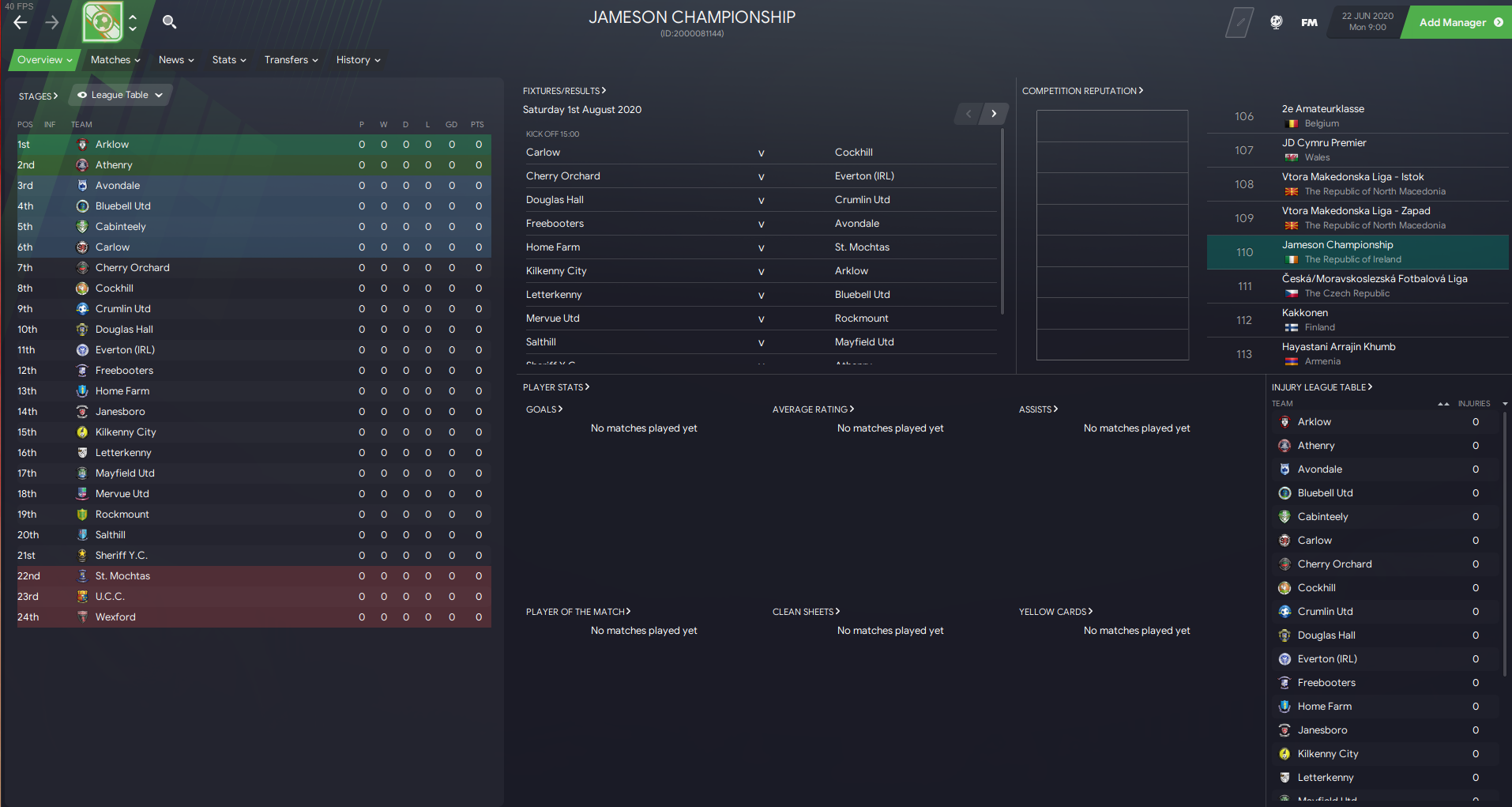 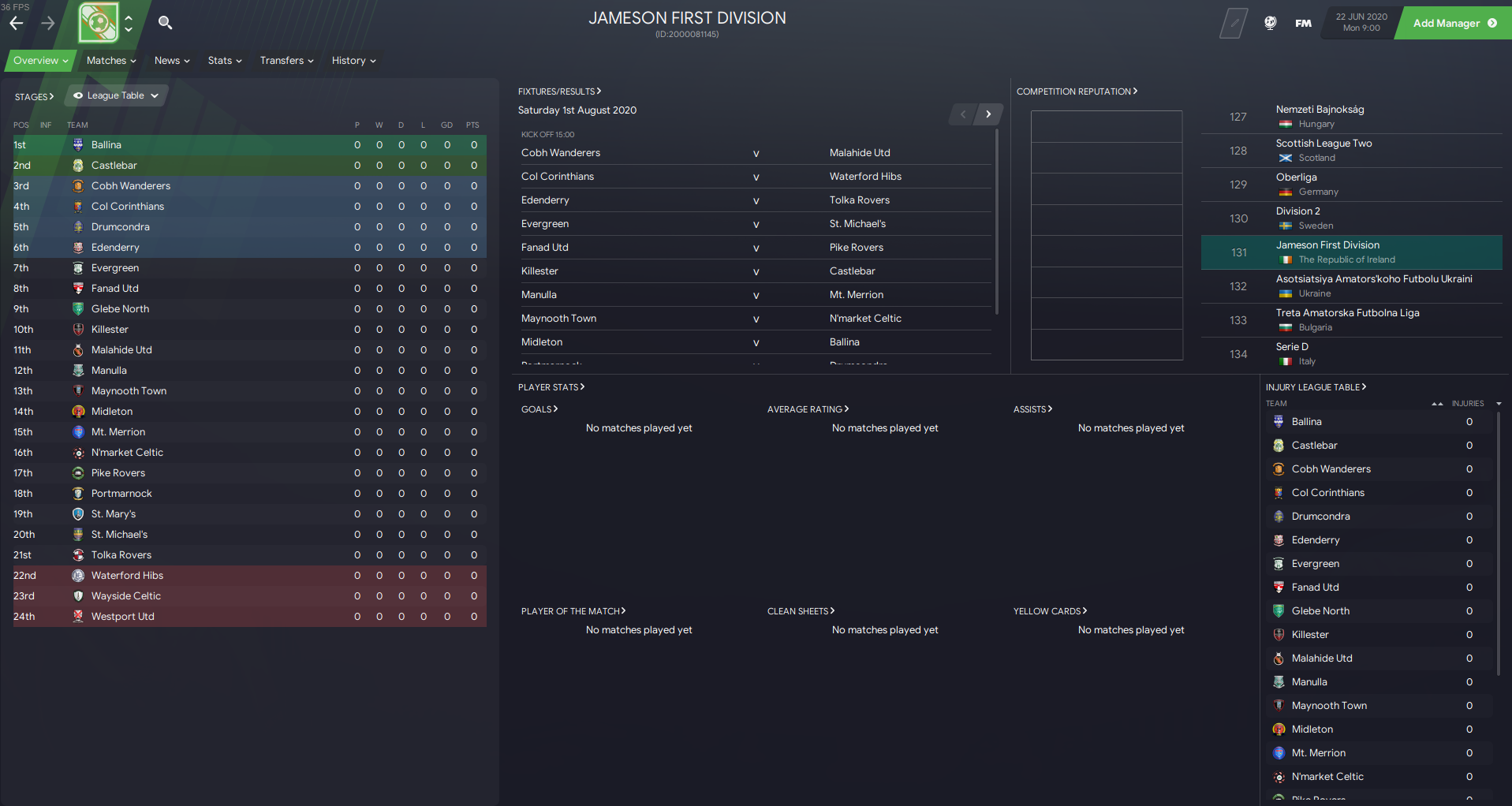 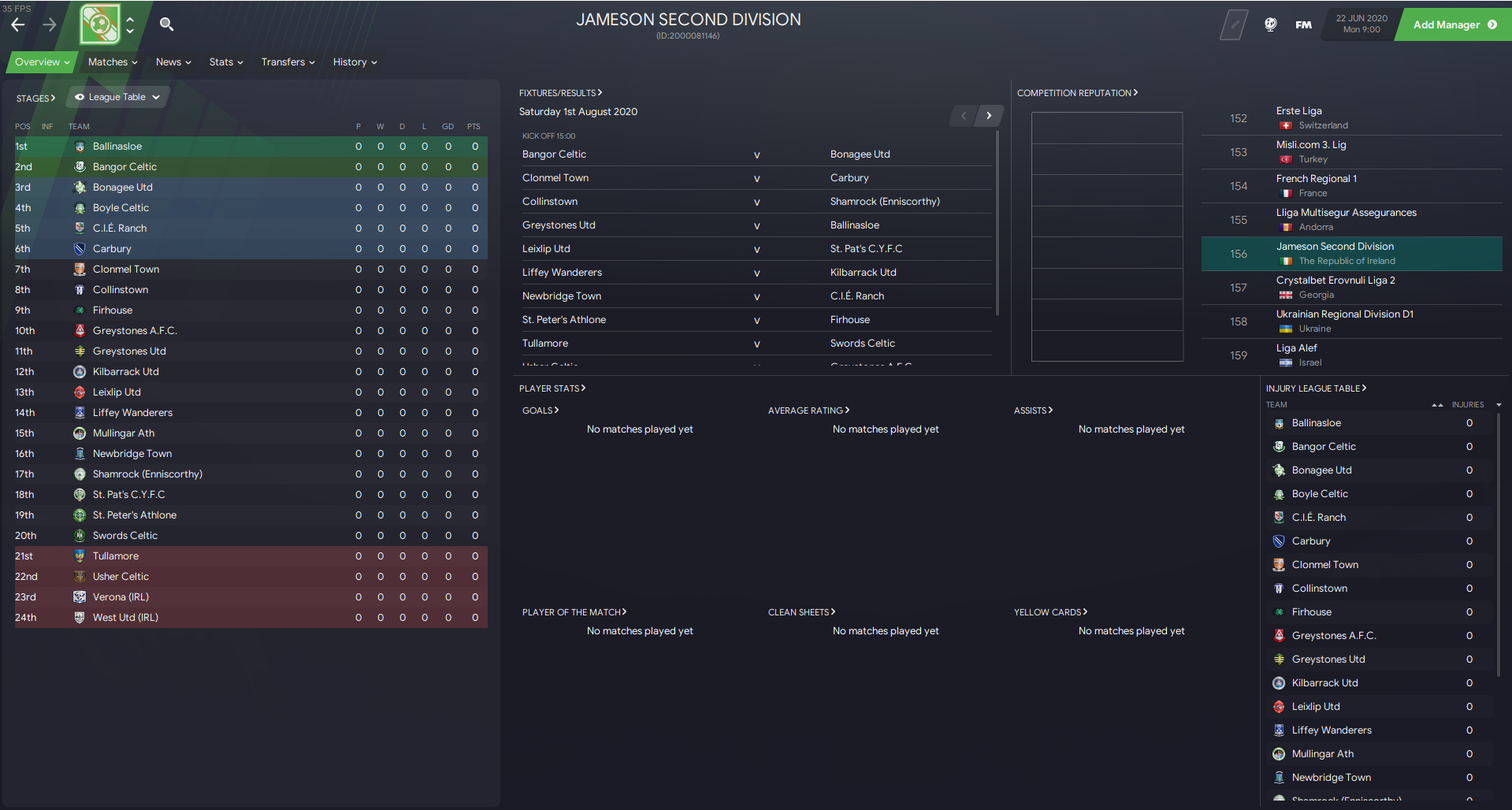 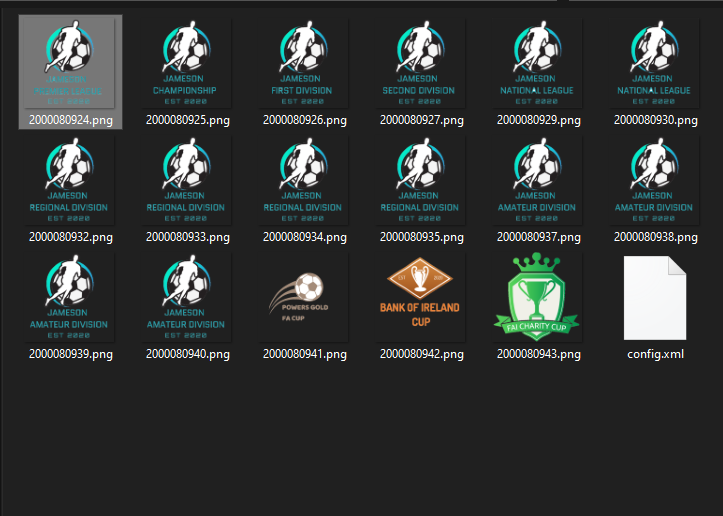