I was struggling with Wrexham in the Prem and thought i needed a change. So after a game where UTD destroyed me i looked at the data from the game and their lineup, that became the inspiration for this tactic. This is a high scoring tactic but i do concede some more than i usually do. Though i have recently moved the Mezzala's to Support duty instead of attacking and have conceded less. In my latest save i have 96 goals scored in the Prem, second in the league after a very dominant UTD side. 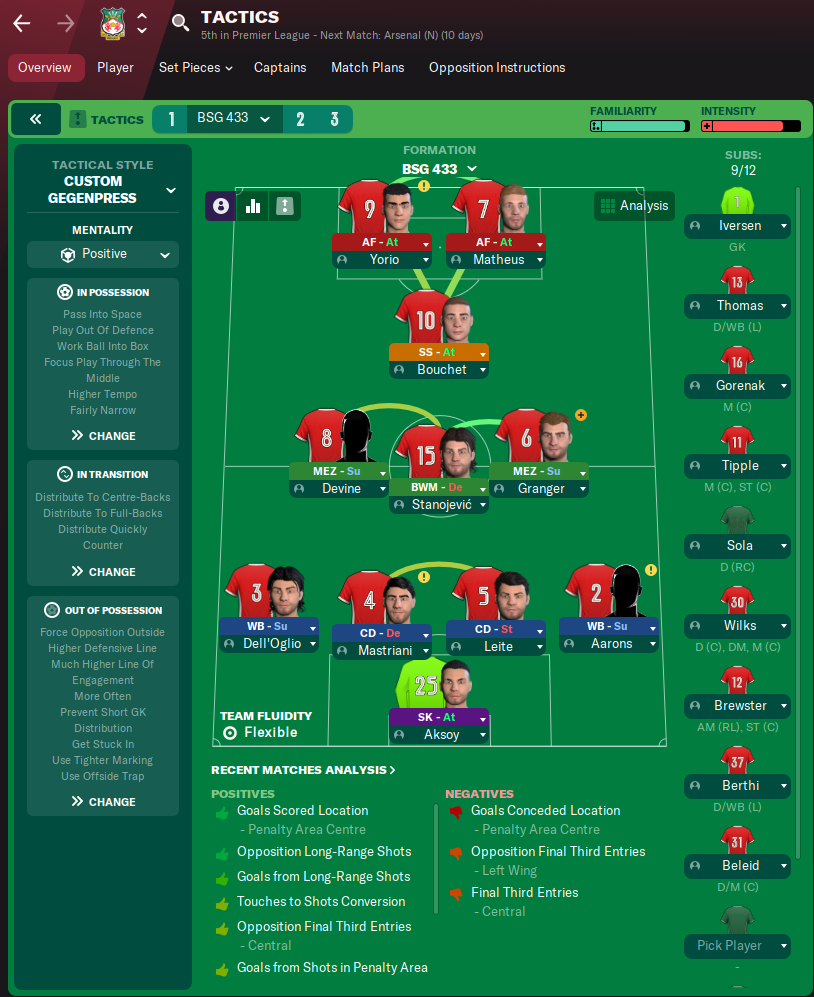 I don't think this tactic is very dependent on players, but I generally have players with high passing and vision ability. I look alot on the pass map when trying to create the tactics, Matheus (R AF) was a CF to start with but dropped to far back and was way to close to Granger, so he was changed to AF. I would like more balls going from Bouchet (SS) to the forwards but havent been able to create that yet. 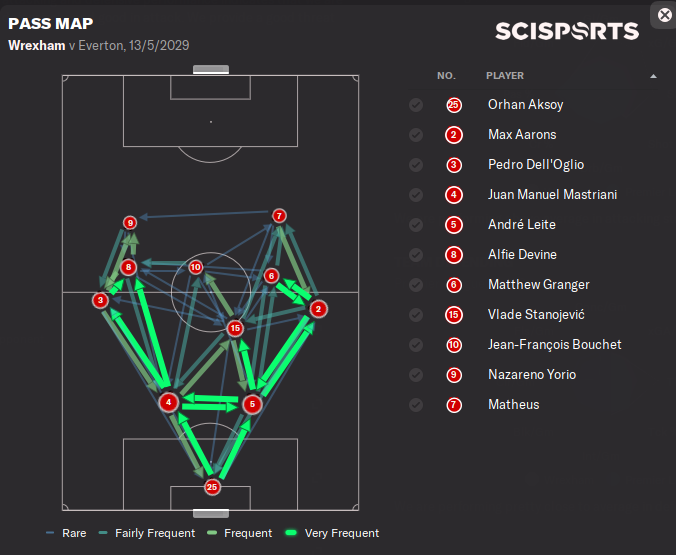 As you can see in the analytics i am performing well in goals per game and Expected Goals per game, but i feel my defense is the weak point of my team. but i put that down to having very weak defensive players in regards to the league i am in, so i would say they are performing above expectations there. 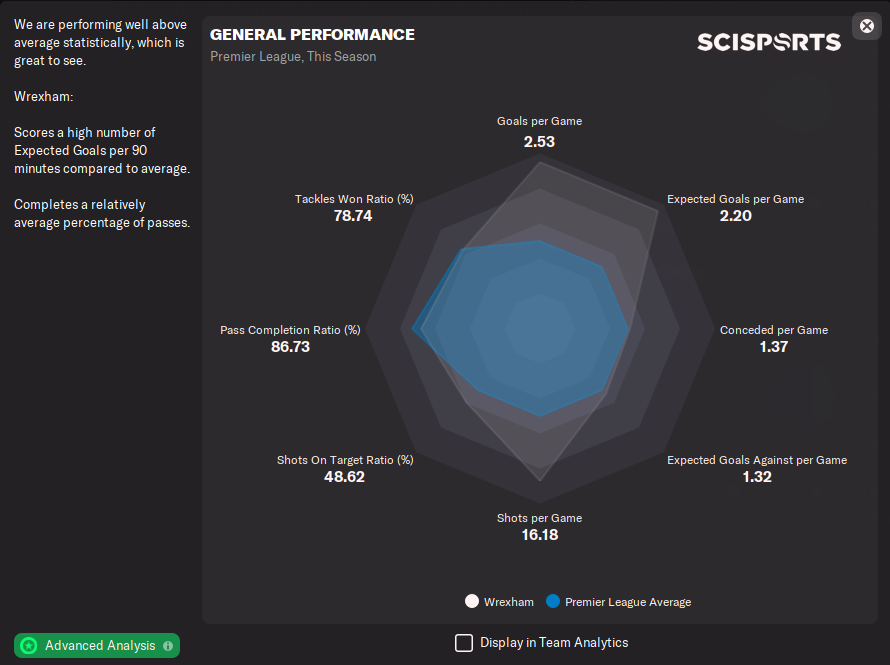 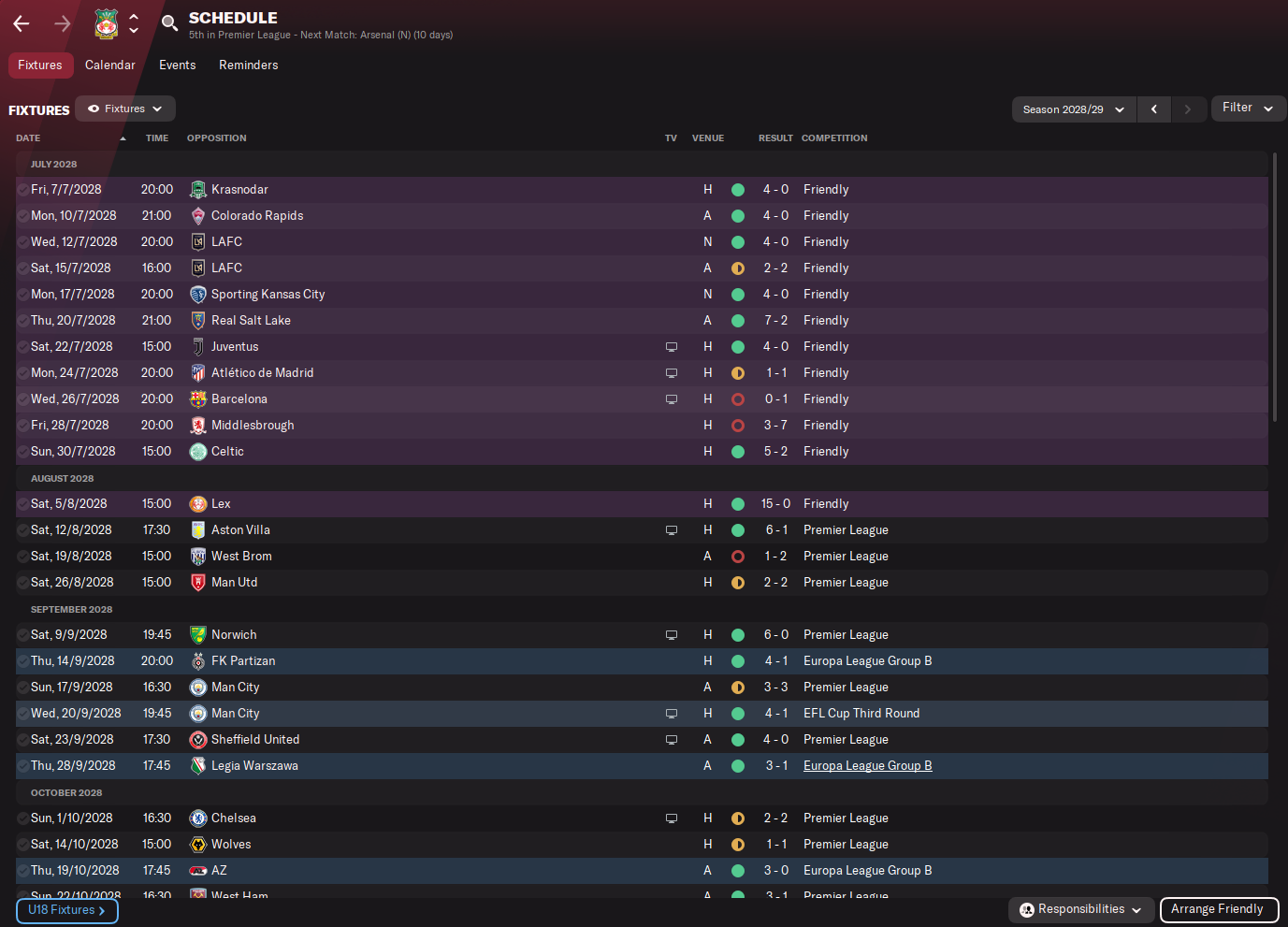 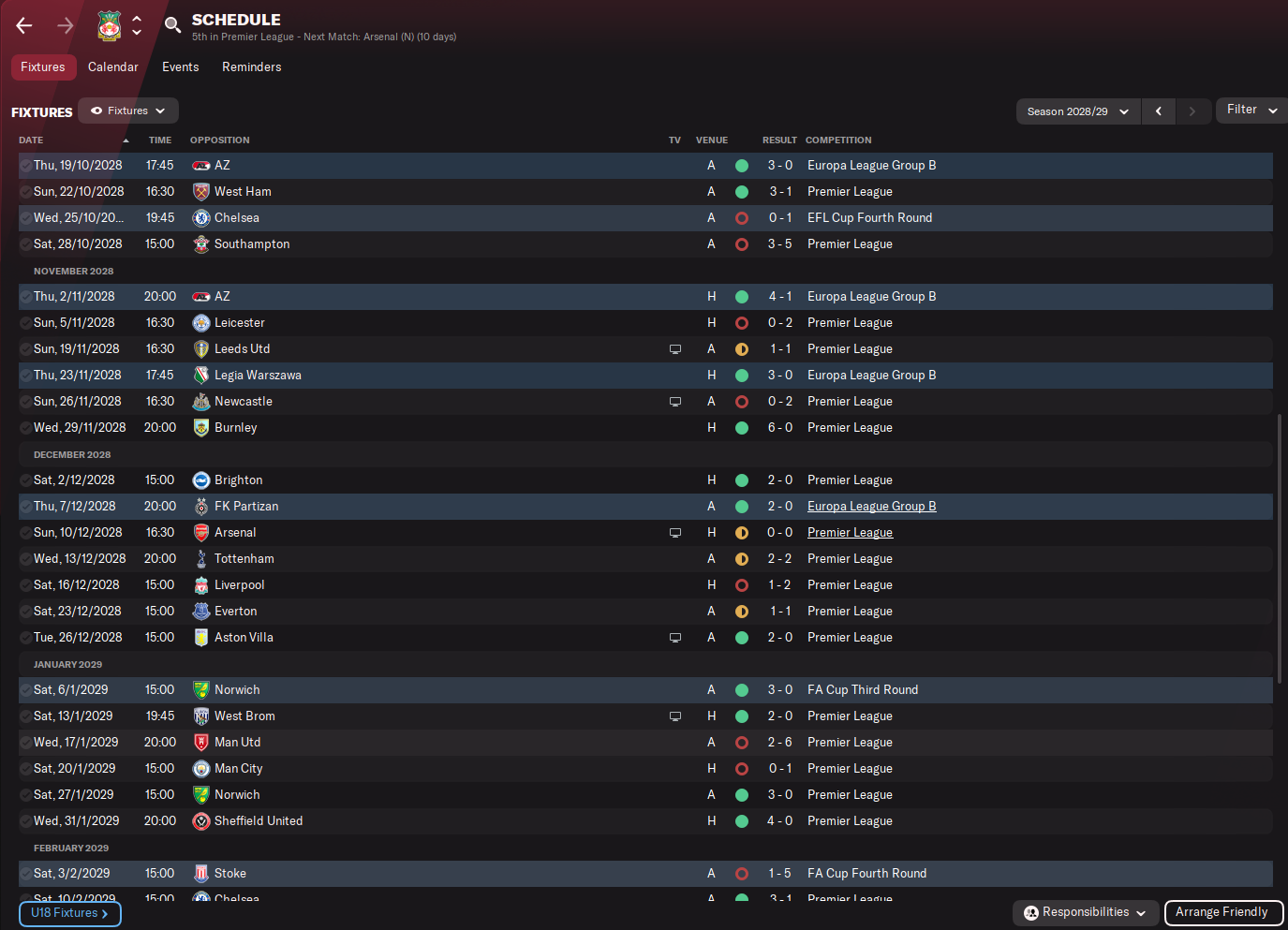 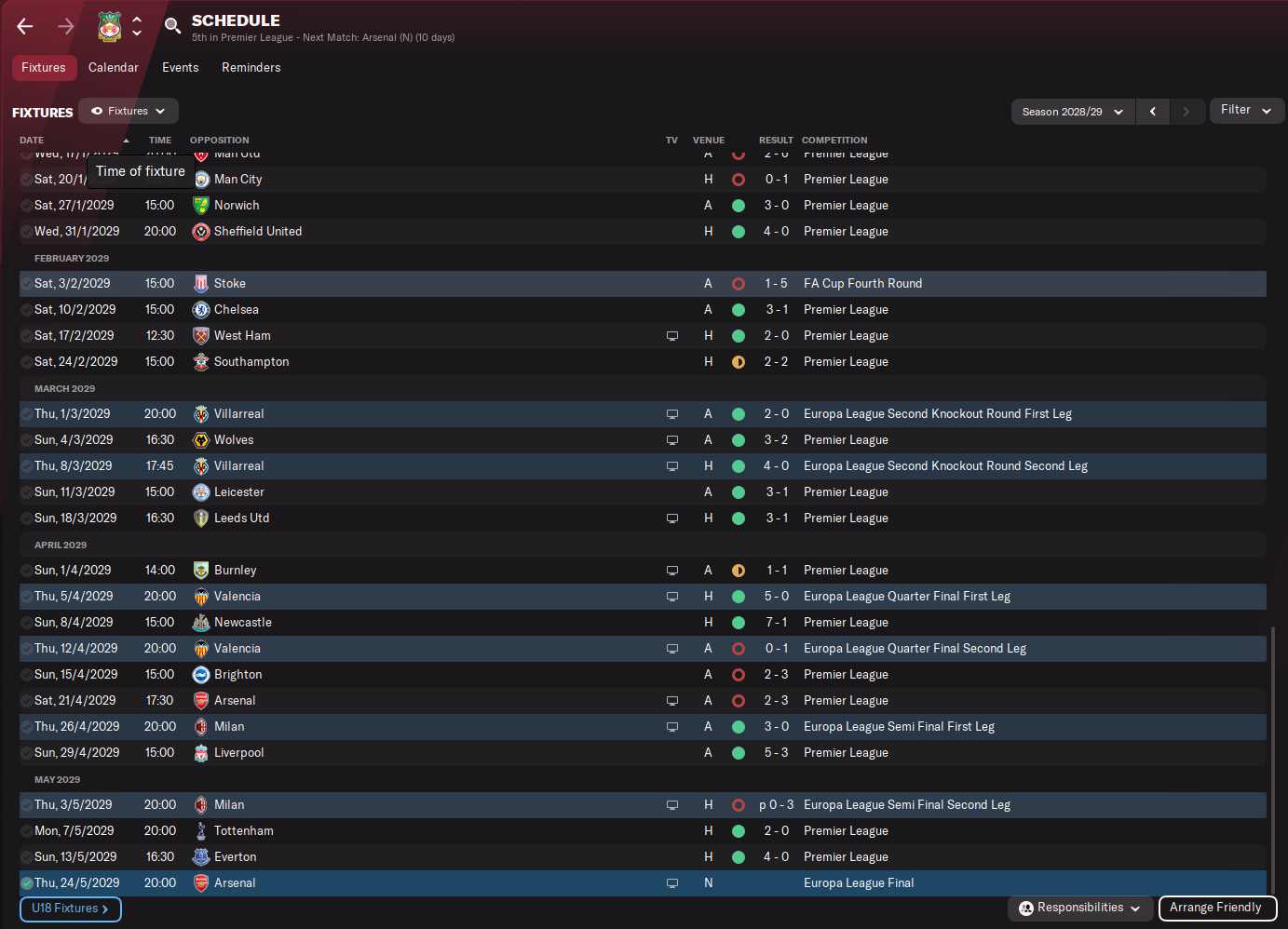