Download
Overview History Discussion
A Flexible 442, the idea behind this was that the defenders would defend, the midfielders support and well the attackers attack. As you can see, I went with a CM on attack duty to support the front 2 as they were often isolated.

The tactic is based on winning back the ball as quickly as possible and breaking with speed and numbers, hopefully overloading the opposition with attacking numbers 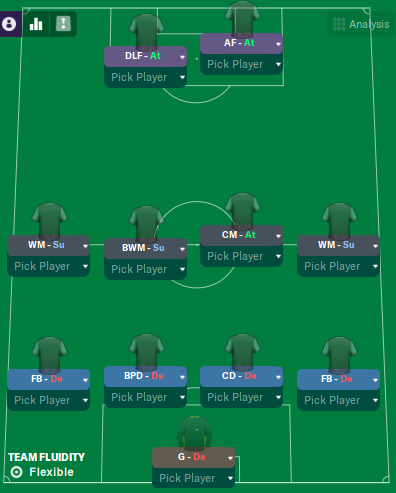