I was using Zaz blue 4.0 tweak https://beta.fm-base.co.uk/tactics/22.4.1/4141-goal-machine-223-zaz-blue-40-tweak-581905-6148, and found that the wingers have low offensive output given their low defensive output. I looked for a solution and found https://beta.fm-base.co.uk/tactics/22.4.1/stephenhk-shaolin-433-v2-576319-6031. I thought it would be viable to improve since IWB's are great partners to CM's/Cams on attack since the IWB can fill those spaces left behind when cm's go forward. Additionally, from other great tactics I generally prefer RPM and F9 so I changed those.

I mirrored the instructions from zaz blue tweak, and in my own testing, achieved better results with this
and found By using wide advanced forwards, we loose width but goalscoring seems to be just as good with extreme overloads in the box as 7-8 players bomb forward on attacks and force opposition defenses deep and narrow. Since we no longer have wingers, our widest players are now are IWB's, which are needed to fill in the midfield after our CM's join attacks and get into the opposition box.

In defense, the formation is actually solid since although only seven players join the defence (the three forwards always stay up), usually opposition fullbacks wont join attacks since they seem to stay with the forwards meaning that your own fullbacks don't get overloaded and the defense usually actually stays quite solid.

In my own testing, this formation achieved better results that the current number one tactic goal machine (zaz blue tweak) so I though it would be prudent to test this tactic in a controlled environment. 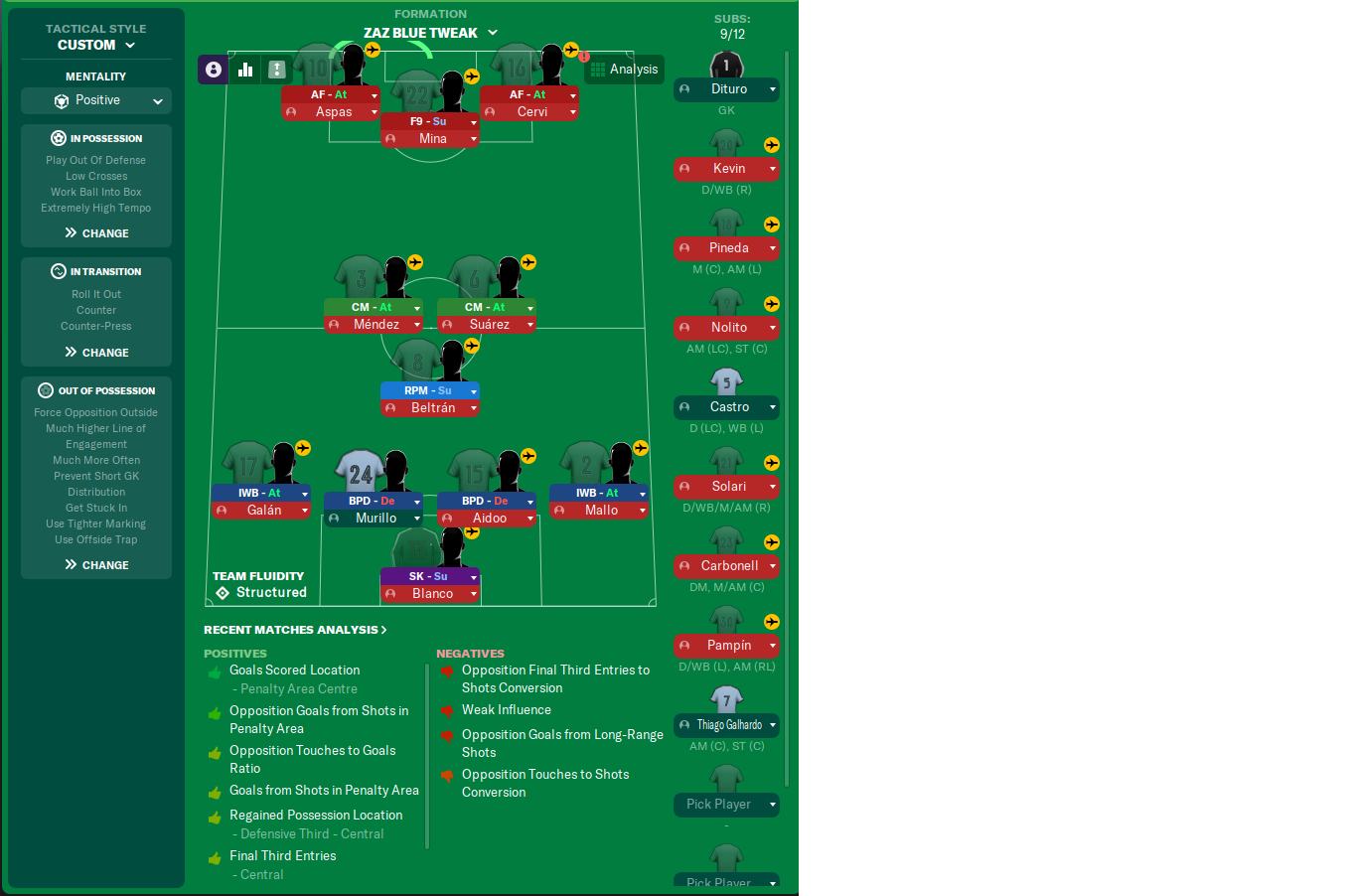 Here was my testing with VIGO:

Yes, we overperformed but the XG vs XGA is still very promising considering vigo are predicted to finish 10th.


Here was the table with unmodified Shaoin 433: 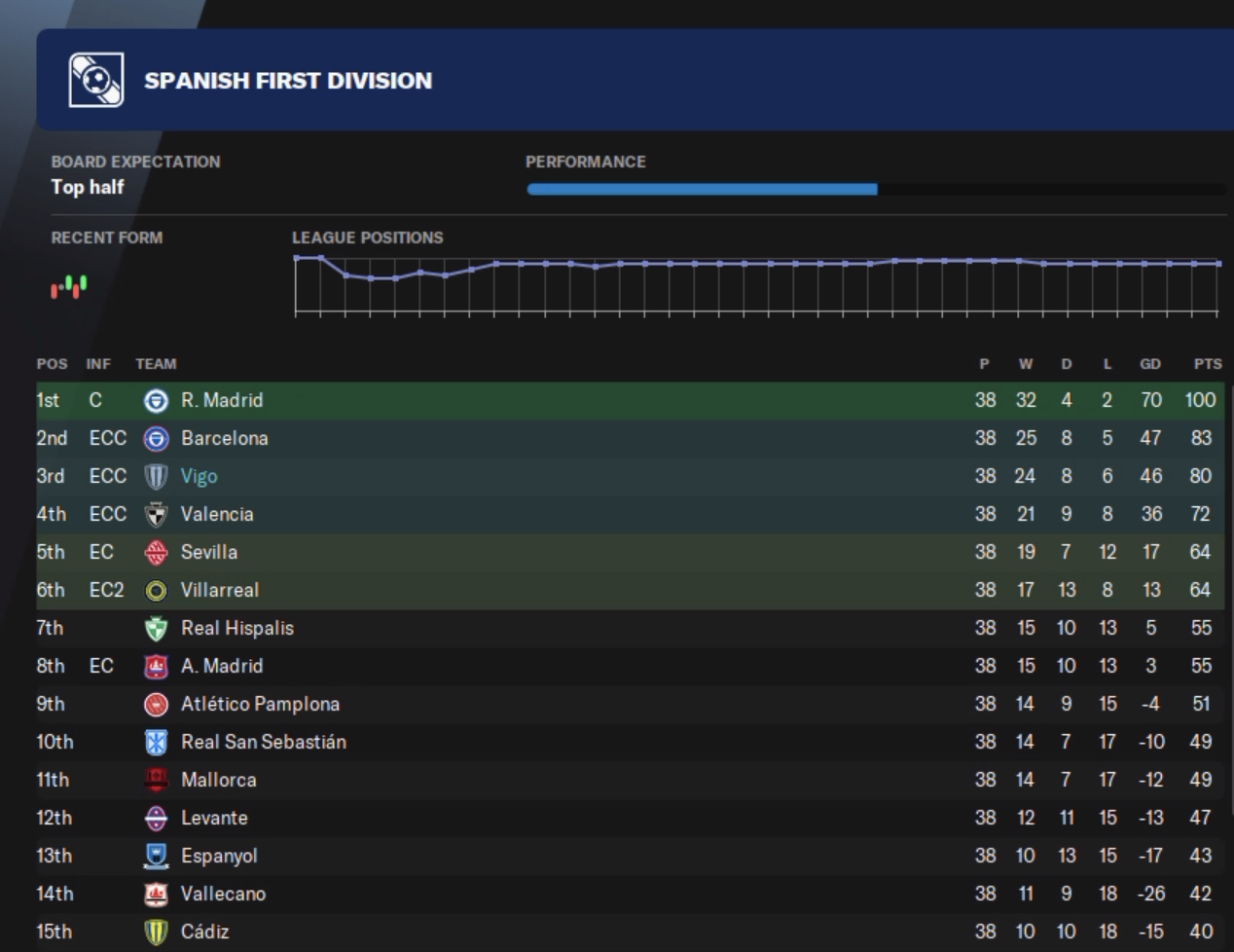 Although we were also less lucky: 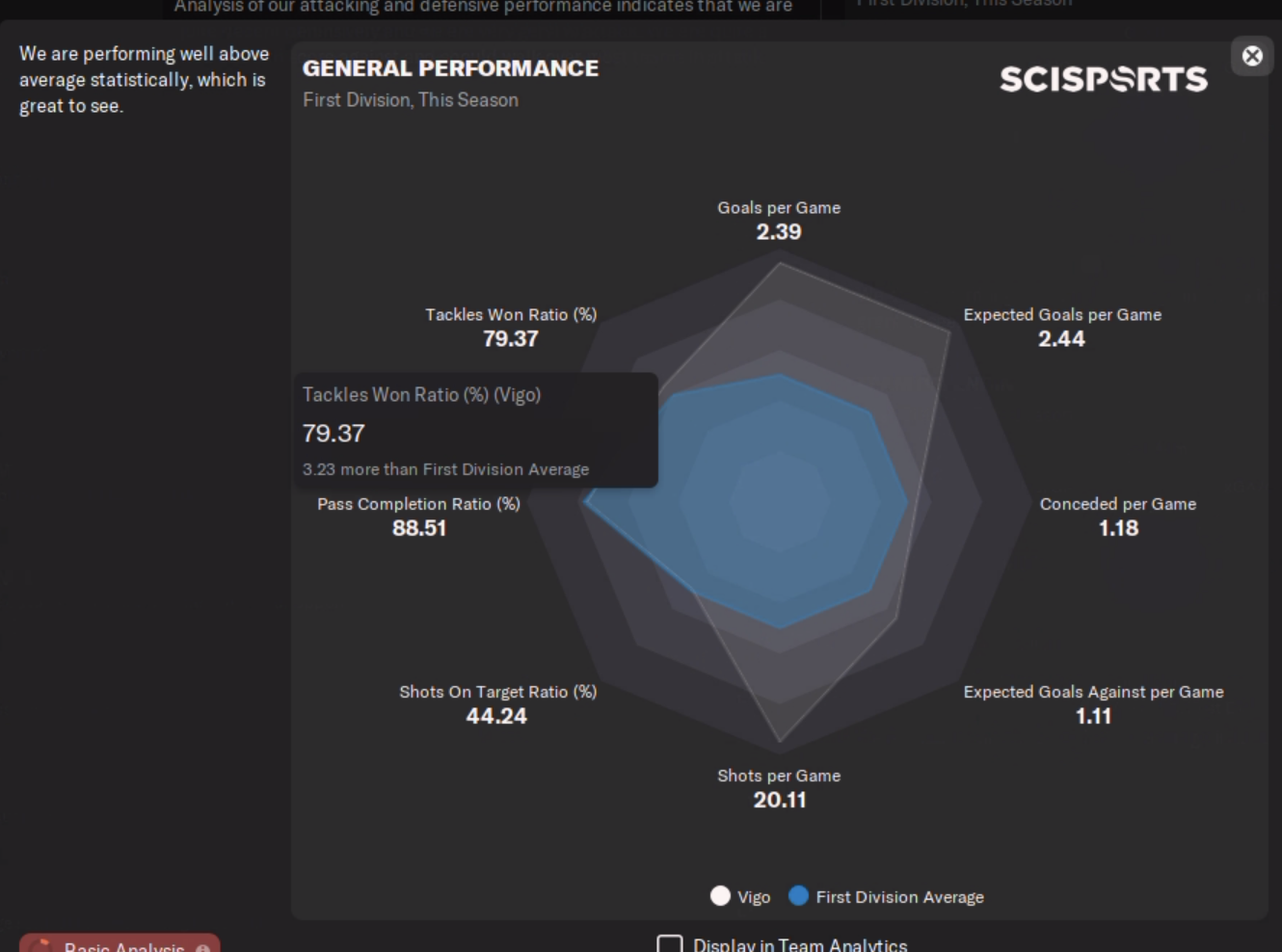 I hope this tactic gets tested, Thanks, thundershock888