Download
Overview History Discussion
Most likely not many people will keep playing FM2020 but anyway. I created this tactic in 2028-29 when Panathinaikos hired me. The historic greek team has been declining since its last 2009-2010 title, and in 2027-2028 finished 8 points away from relegation. I took charge in February and managed to finish 7th. In 2029-2030 we won the tiitle and in 2030-2031 we are on track to repeat that.

This tactic tries to implement beautiful vertical possesion football. And it does so with good results along the way.

Feel free to try it and provide feedback. 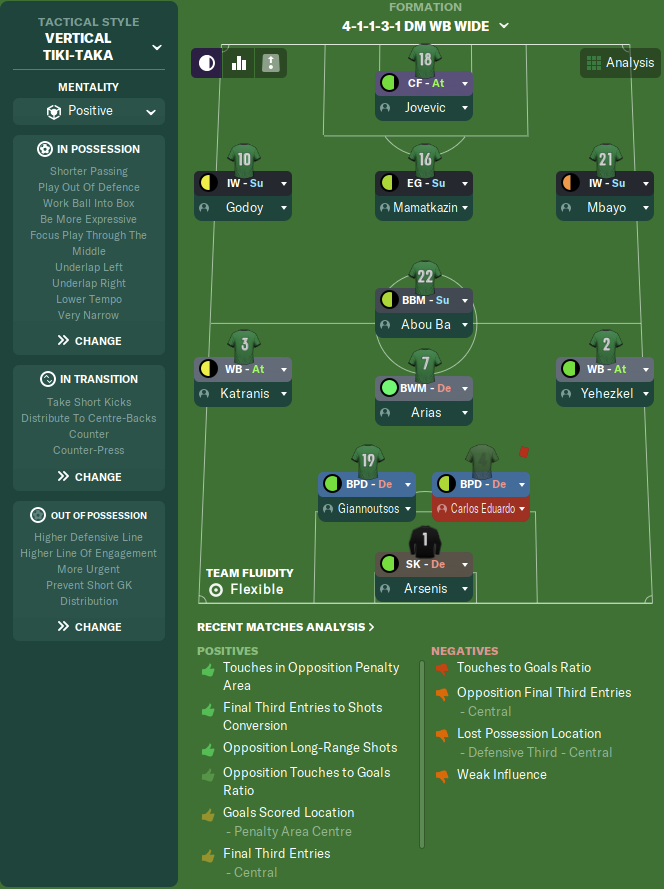 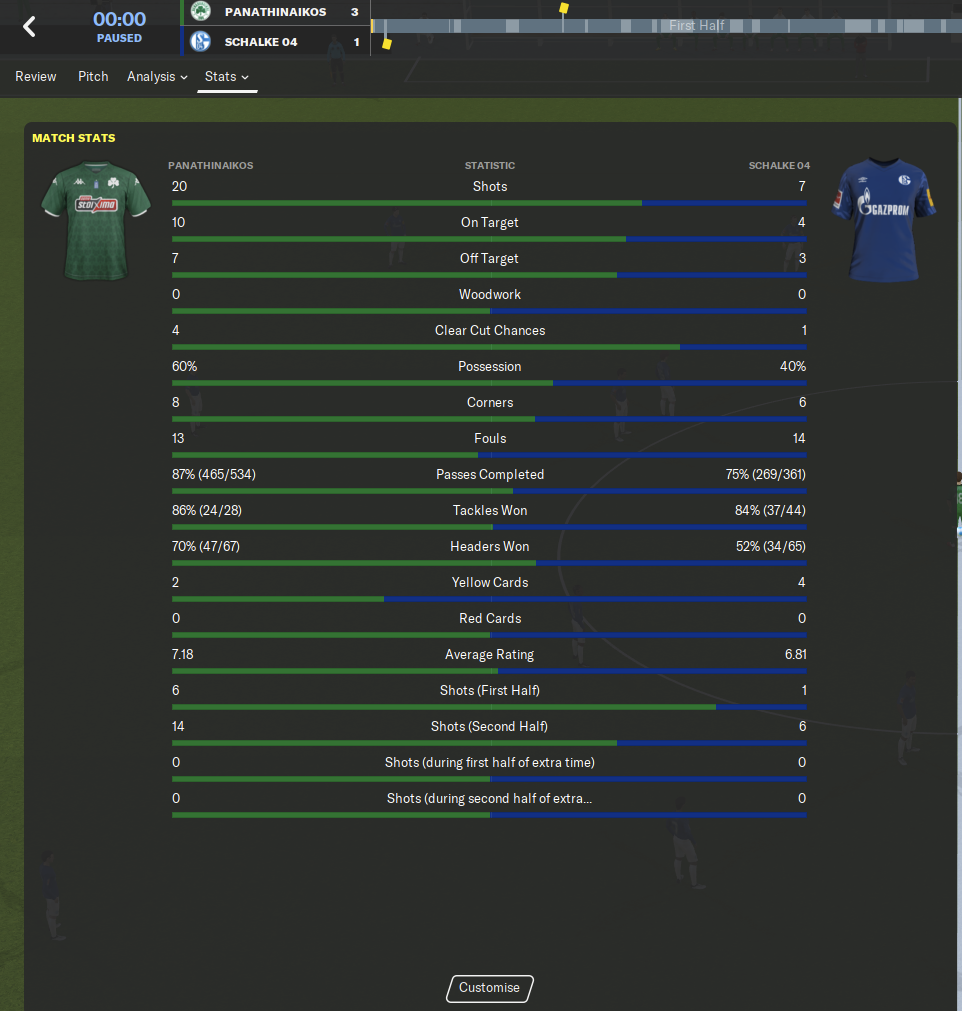 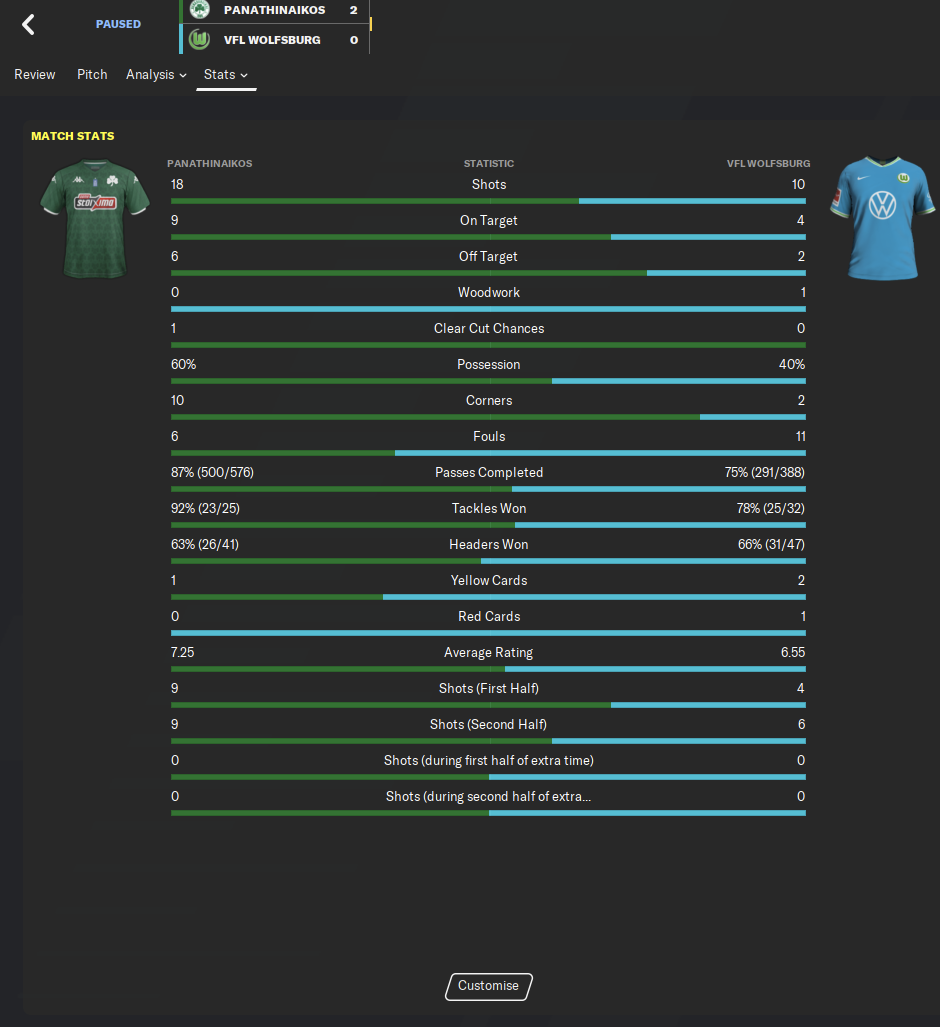 **Update**
Won the league (2030-2031) again and reached semi-final of Europa League where I got knocked out by Manchester United. To reach the semi-finals I knocked out Wolsfburg, Monaco, and Napoli.