Download
Overview History Discussion
An attacking 4411 using attacking wingers and a target man, a few tweaks to the TIs dependant on playing home or away. The tactic uploaded is set up for playing away, it still performs at home but usually I remove be more disciplined and add be more expressive. You could also increase the tempo when playing a team in the lower regions of the league. 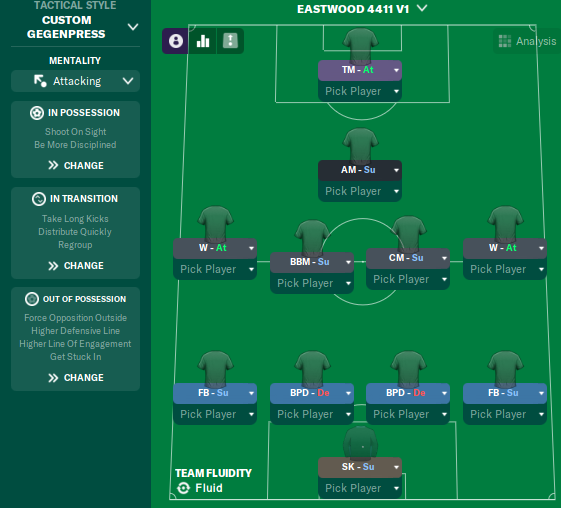 As you can see, 1st season we scored the most but conceded 3rd less so 2nd season I wanted to work on tightening up the defence, 2nd season, conceded 17 goals without really comprising the attacking aspect of the tactic. Although the signing of Ahmendhodzic would've helped.

First Season, 2 loan signings Oriol Busquets and Ethan Laird, won the league and won some big games along the way. Maxi Gomez as has been brilliant for me scoring 35 goals. Gomez did suffer an injury and was out for 4 weeks, Guedes filled in as TM and scored 9 goals.

a reduction in goals from Gomez, however he was out for 10 weeks 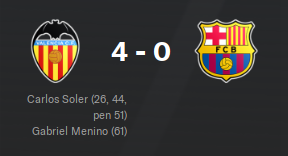 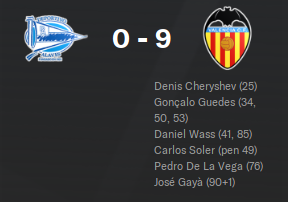 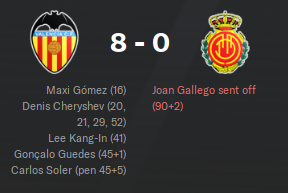 I havent experimented with changing the TM role, but the role fits. To see Guedes performing well there too is really good to see. He is in no way a TM but performed very well