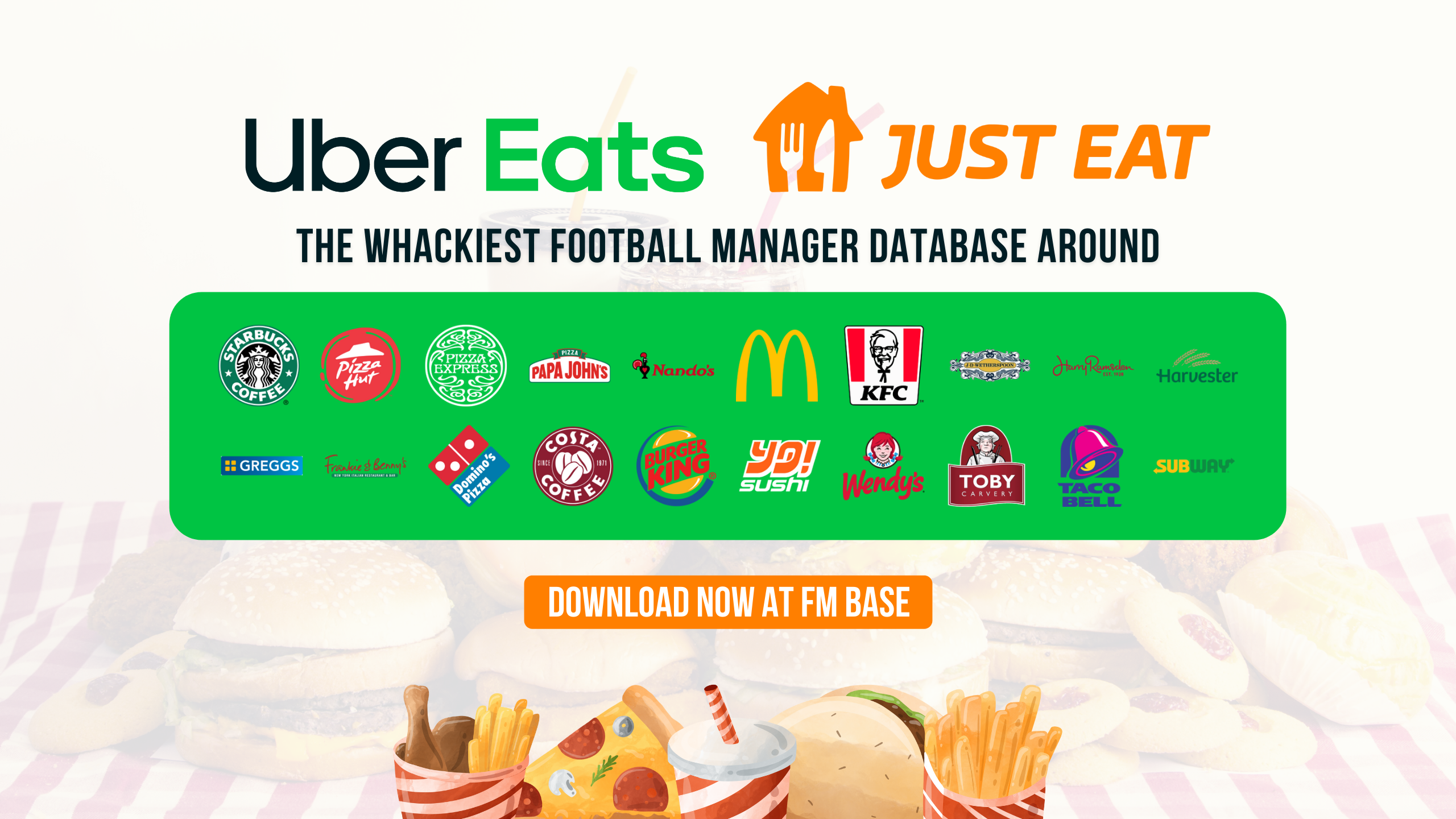 Welcome to something that was created out of boredom on Tuesday. I present to you the Uber Eats Fast Food League and the Just Eat Cup. This database contains the top 20 fast-food chains or restaurants in the UK as football clubs. The league and cup replace England within the game and allows you to qualify for European football each season. There are however no created players so you will need to do the following:

Each time you start this save you'll end up with randomised players and budgets. I have so far simulated several seasons and the clubs have signed real players and taken on several real managers. It's quite fun I must admit and I hope you enjoy it. Maybe The next one on the way is supermarkets.