Download
Overview History Discussion
Jack's 4-2-3-1
This is the tactic I have used in my initial career on FM21 at Deportivo de La Coruña
It uses most of my standard beliefs as to how Football should be played, as well as some more situational strategies I have deployed to make up for the shortcomings in my players abilities. Primarily, this relies on the two CDM's to create a strong defensive unit. These two players are some of the best in my team and therefore I rely on them to give me stability and break up opposition attacks.
I use fullbacks very defensively - mainly due to a lack of quality and pace at these positions which means committing them forwards could lead to more clear-cut chances for the opposition. This helps me create a strong defensive unit which prevents counter chances as my fullbacks are not high up the pitch. 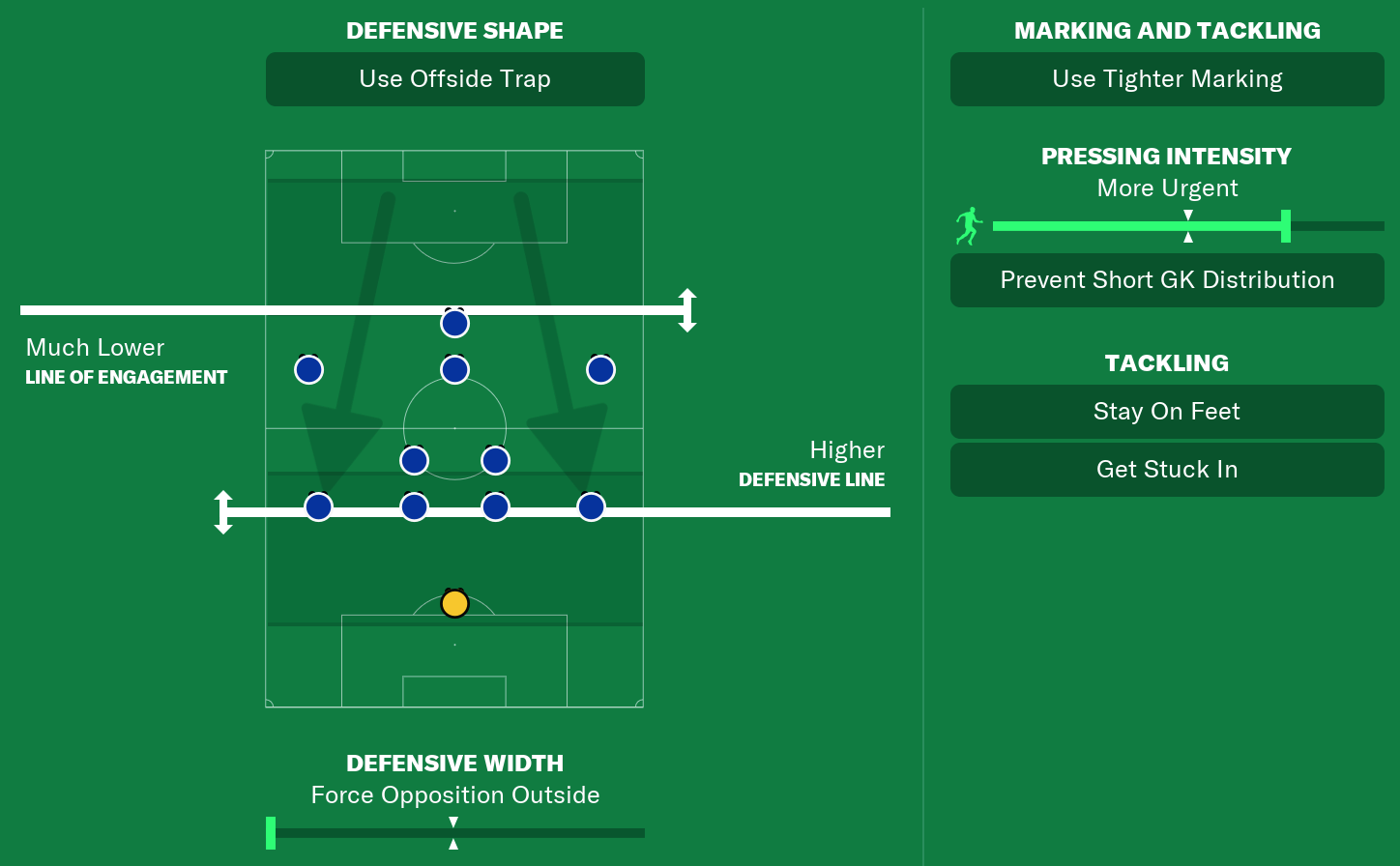 I want to create a system where the transitional play of the opposition is crowded. I do this with my engagement lines creating a small area where I try and condense play and win the ball back with more urgent pressing. When combined with regrouping when possession is lost, I create a more controlled press that pressing the full length of the pitch. This also helps bring the opposition defenders up the pitch and allows me to break with pace.
I also look to push the opponents out wide as they are less of a threat to goal out wide.
Finally I have my Wingers mark the relevant fullback on their side of the pitch to help prevent teams with aggressive fullbacks creating overloads high up the pitch. This also prevents them being used as an outlet ball, preventing opposition teams recycling the ball or playing cross field passes to the fullback to spread their attack. 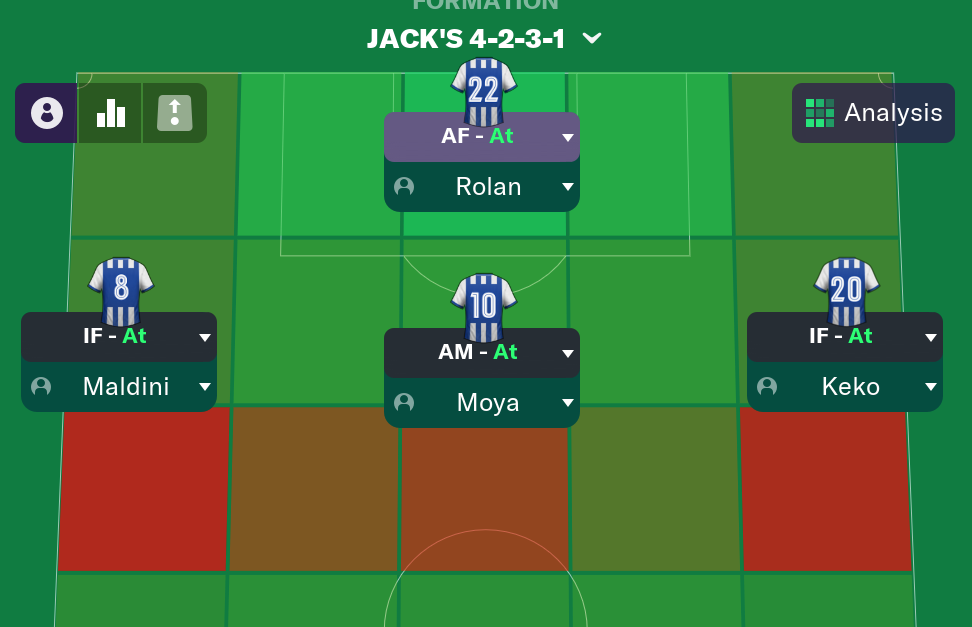 I rely on fast movements on attack often counter attacks. Generally, using Inside Forwards cutting inside onto their stronger foot - availability depending. Without an arial threat up front the wingers are instructed to use low crosses aimed at the far post to create the most opportunity for another player to get off a shot as the other Inside Forward and Striker will be inside the box and trying to get on the end of the cross.
The CAM is allowed to roam across the pitch and get into space. They are also instructed to make more direct passes to get the ball into the front three, where we can threaten the opposition goal. 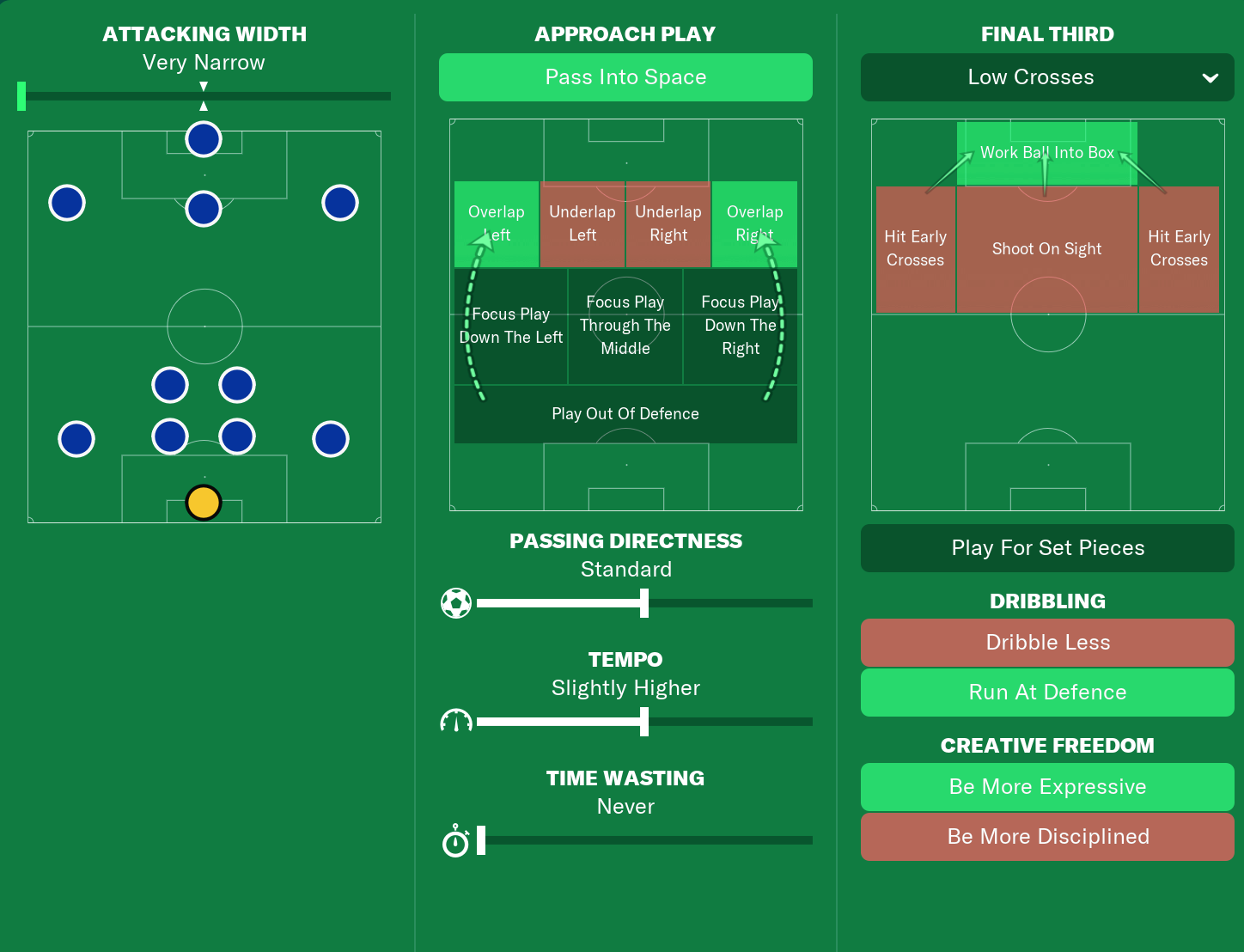 'In Possession'
I use the Pass into Space instruction to make the most of my quick players. Further combining Run at Defence with Be More Expressive to push the creative Wingers in my team to get forward and make the most of their flair. I use very narrow attacking width to get the wingers into the middle and allow them to be in better goal scoring positions.
When the keeper is in possession I use distribute quickly and distribute to Centre-Backs and Fullbacks to allow me to move the ball forward under control, I do this because I do not have an arial threat up top and therefore am less likely to win the ball if it is played high up the pitch.