Plays very similar to the Liverpool side which included Gini. I've used it in Fulham and 1FCN saves to great effect. I don't like to get too overly in the weeds with the player suggestions as I think loads of players could be used in the roles to get results. What I would suggest however would be to get you a false nine who can also play more attacking in the midfield. You can easily swap him between the false nine role and the more attacking midfielder role. They tend to play in tight spaces together anyway and you'll find your attacking central midfielder scoring a lot of goals. So far in our first season back in the Premier League, Harry Wilson has 7 goals in 12 matches playing as central mid. 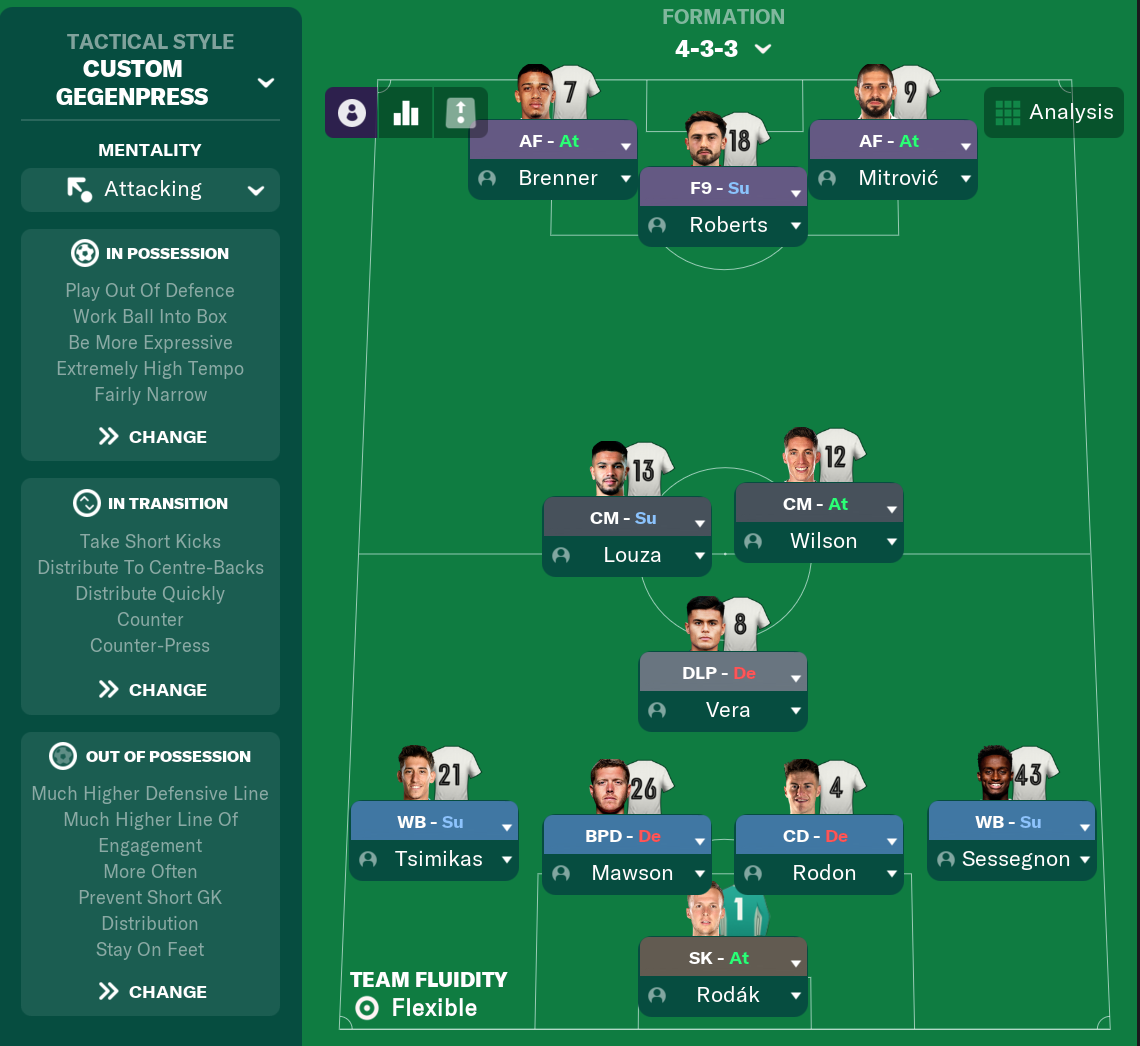 We've given up a bit more goals this season in the Premier League than we did in the Championship, but most of the is due to the quality of our defense than the tactic itself. We didn't have the money to bring in better defenders. 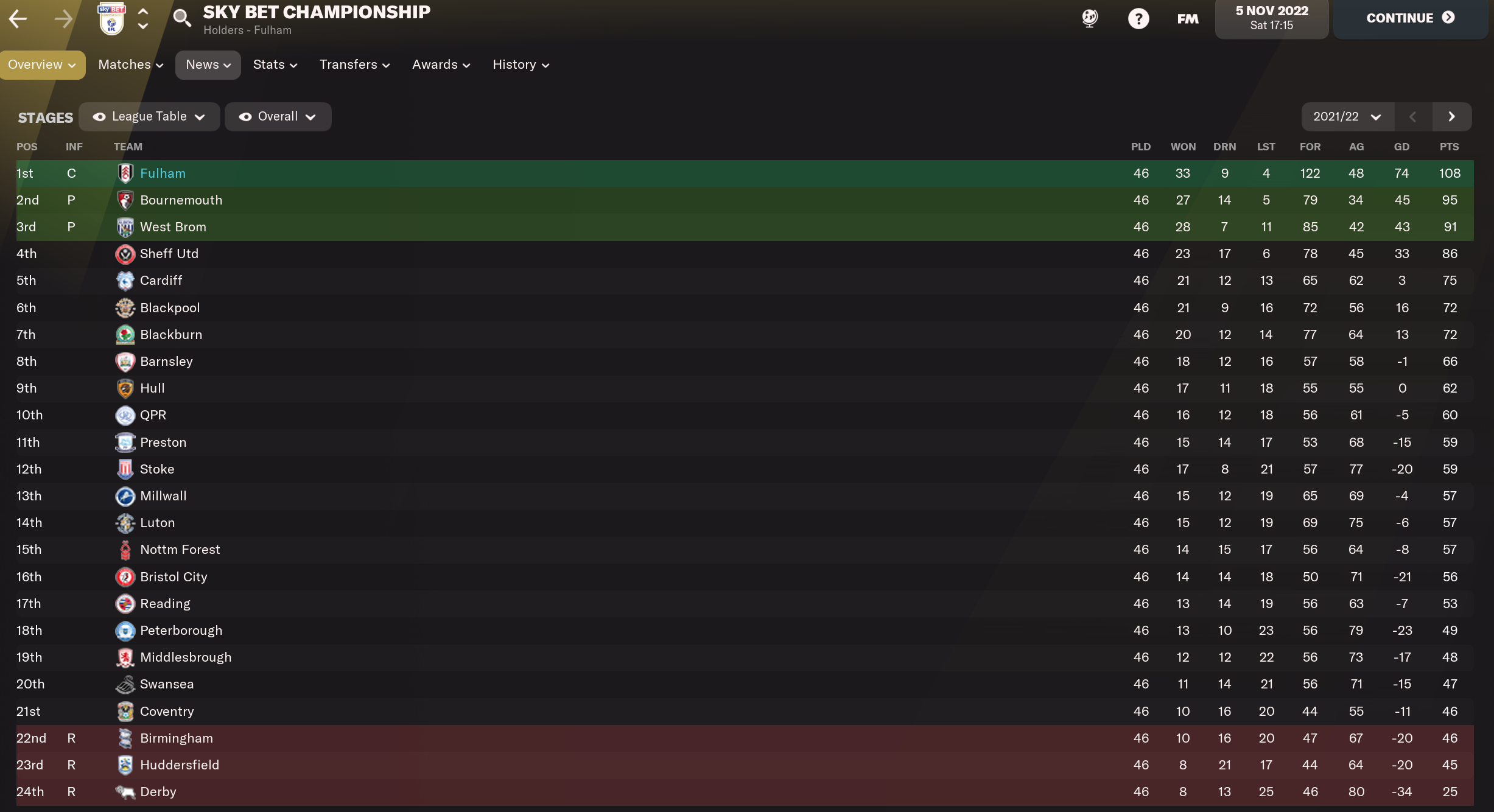