(1º of all, srry for my rusty english, hope you can all understand)

This time, i tried to create a tactic that suited my players, and a bit of my prefered playing style. I opted to play the classic 4-2-3-1 since it provided the positions my players are "best in", and besides the fact that it's my go to formation in teams that are considered "average".

In terms of roles, my keepers weren't good in the "playing with the feet" department, so the "Goalkeeper" role was the most suitable role.
For my back 4, the stantard roles were choosen to try to give a bit more consistency in the defensive area, since my midfield doesn't have any role on defense, besides the fact that i wanted my fullbacks to give some sort of passing lines, without causing to much trouble for my defense.
In the midfield, starting with my 2 CM's, not a lot to say about this, i know playing with 2 DPL's is not the most "correct" thing, but this 2, and the AM, for my league, are reasonable with their feet, so i opted to not use more agressive roles in order to not disturb the possession stage, and trying in a desperate manner, to get some passing lines arround the ground.
In the wings, the "Winger" role in support is the choosen one, since the other roles were not providing what i wanted from the wing play.​ 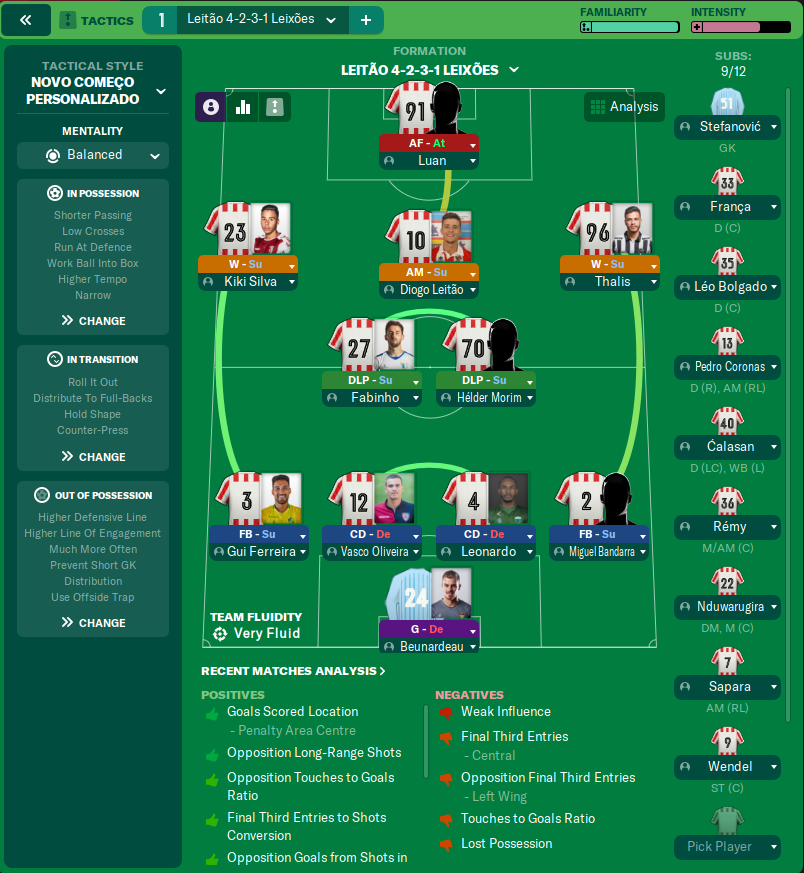 I tried to create something i enjoy to see in real life, a fast passed short passing football, not wasting the ball, and trying to retain possession while being able to create goal opportunities.
The "Balanced" mentality was one i wanted to try for a long time, and it payed off, i really enjoyed all of the offensive and defensive plays in this mentality, not exposing or riscking too much.
The "in transition" part, was the most easy for me, counter-press + hold shape were the options that most suited what i wanted from my team. I hate the "distribute to center-backs" since in previous tactics, my team conceded some goals in that type of distribution, so the full-backs option + the fact that they are good with the ball in their feet seemed a better option.
"Out of possession", all the options selected suit my playing style, and the fact that i dind't move the defensive width seemed to combine surprisingly good, resulting in low goals conceeded. 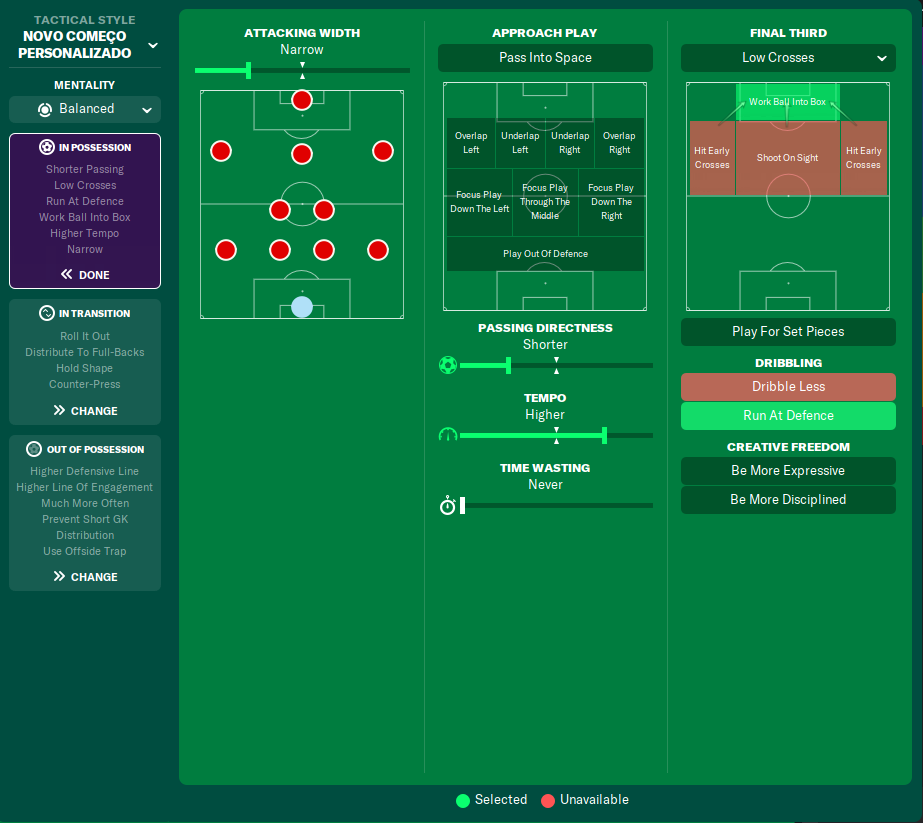 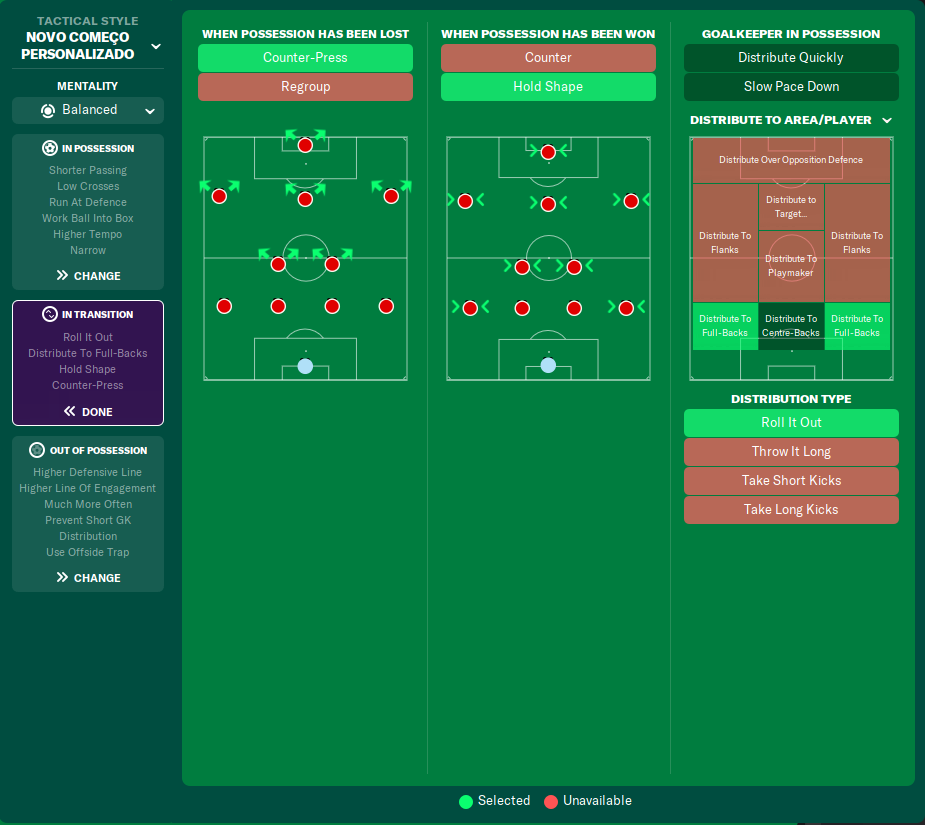 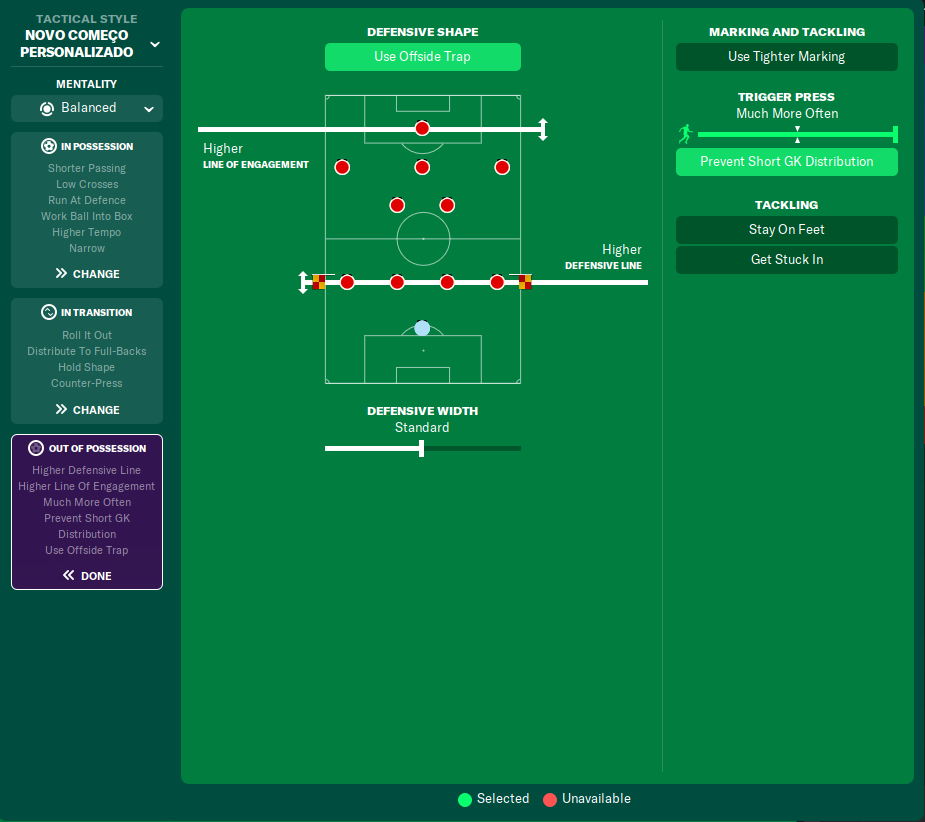 Results + fixtures
Expected to finish half of the table, we manage to steal the title from Benfica B in the last match. We did well in the "Allianz Cup", but lost to a 1 tier team in "Taça de Portugal" before i tweaked the wingers (that were in attacking duty). We drew a lot of games because of our lack of good finishing, but our defense was solid. I enjoyed a lot of the plays leading to goals, and little by little, my team finially got to where i wanted. 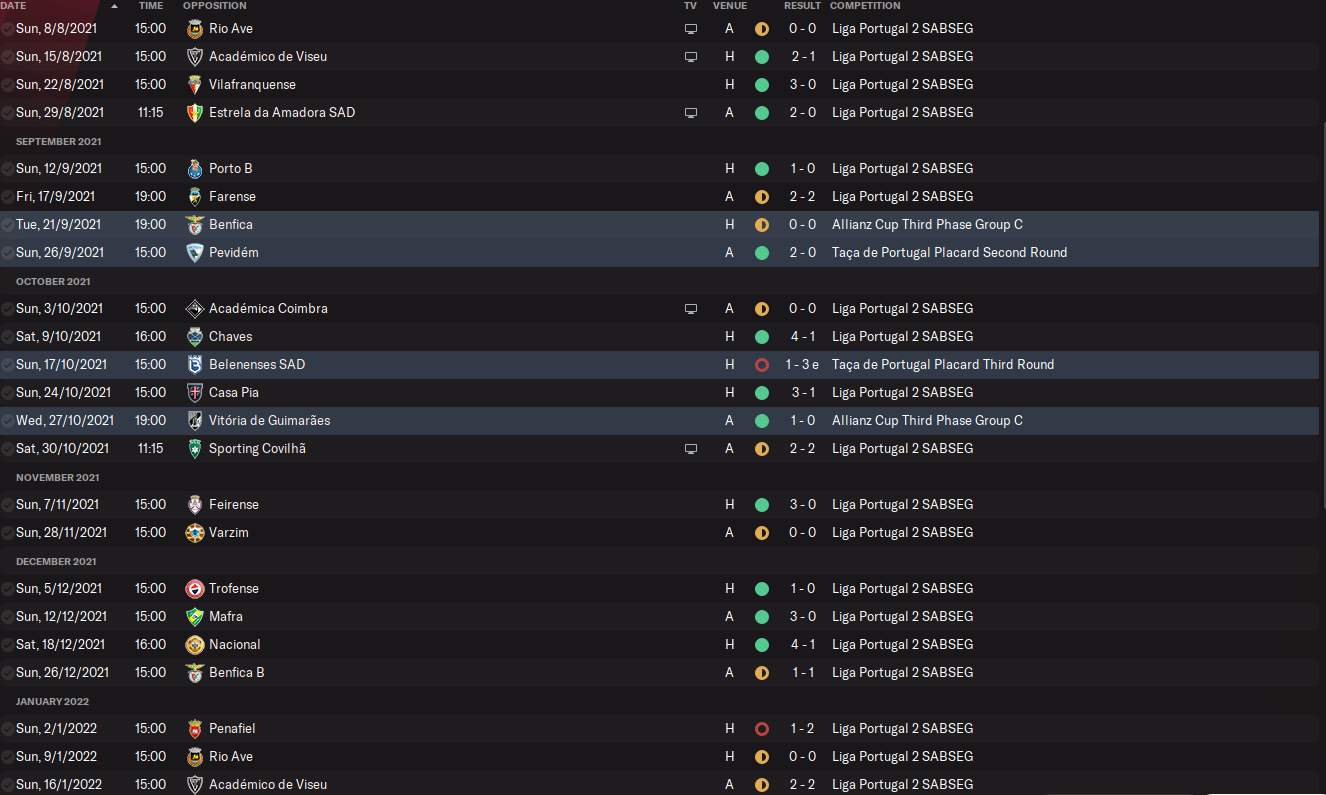 I will continue to use this tactic to see were it gets me, but the 4 games against the tier 1 teams (Porto, Benfica, Vitória and Belenenses SAD) made me believe that this tactic is really good in underdog teams, but let's find out in the 2nd season. To the ones that download the tactic, i hope you enjoy it and have some real fun! Any questions or sugestions are aprecciated! Big hugs FM players.​