Download
Overview History Discussion
With this tactic, I was overtaken by PSG by 10 points. The team has won 31 of the 38 games. Marseille were beaten 2-6 by the team on the away team, for example. Furthermore Rennes were defeated 7-1 at home. 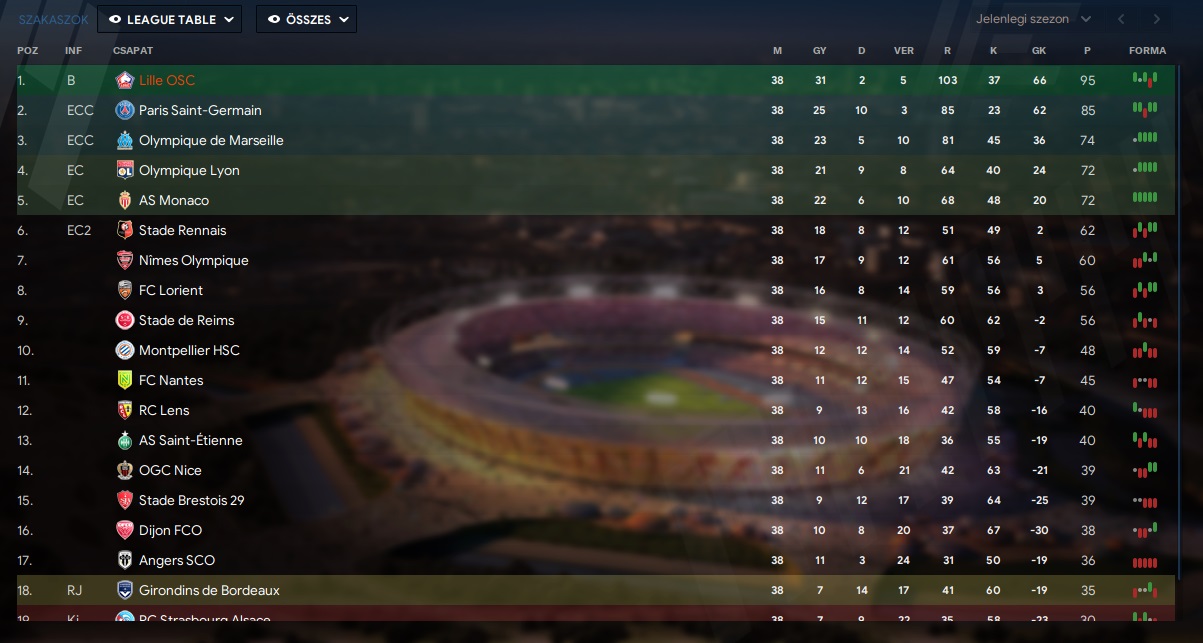 The basis of all this, of course, is tactics. At the beginning of the season, we needed a player, Niakhaté as CB. If you If you're satisfied with Botman, you can use him, and then you don't need to other defender. The squad is full of capable talented players (+wonderkids) as Bamba, Bradaric, Sanches, Yazici, Ikoné, Maignan etc... The line-up is traditional, but everything is set for players. Despite the offensive style of play, the defense is pretty good also. 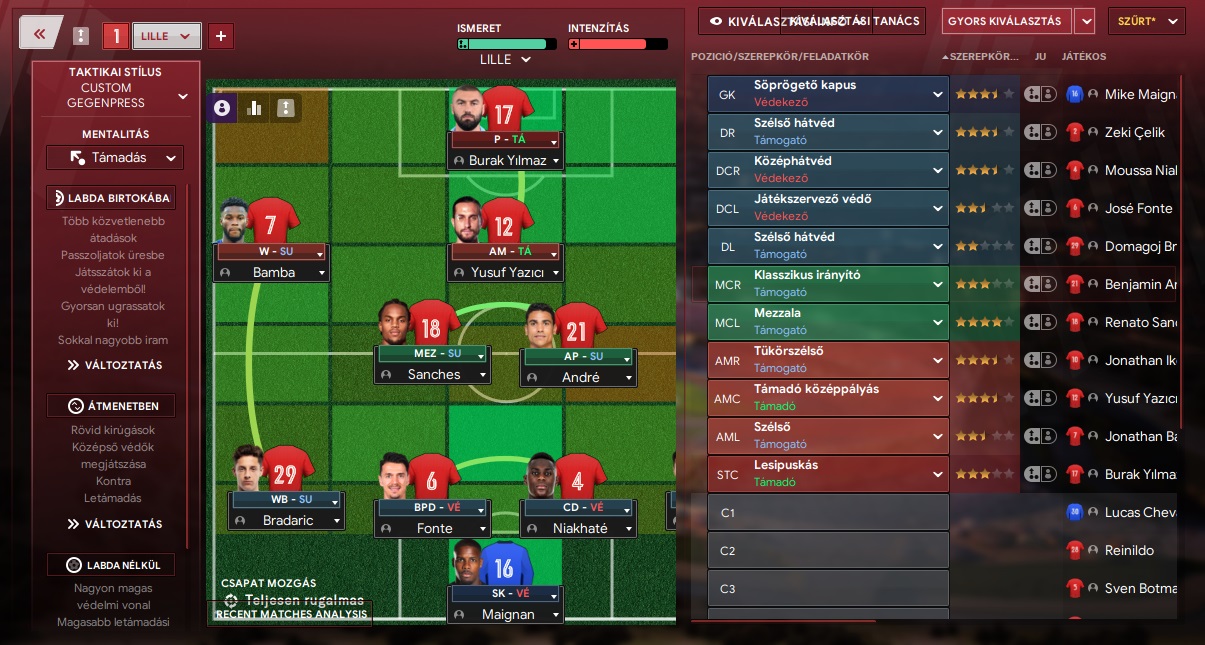 Burak Yilmaz achieved the most spectacular performance. He has scored 40 times in 47 games and also had 9 assists. Naturally he became the top scorer and he overtaken players such as Mbappé or Neymar in the standings. 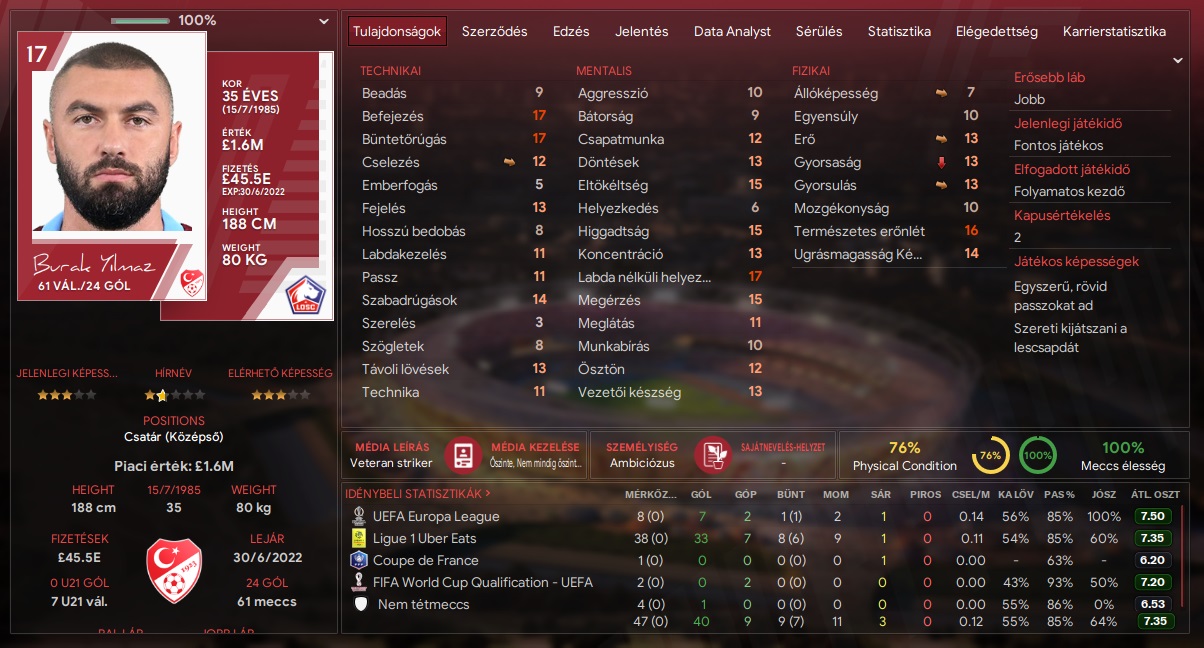 In summary, good luck with this excellent team and great tactics in France and Europe!