Download
Overview History Discussion
This 4-3-3 tactic has been tested so far with Lille in Ligue 1. Whilst being pipped to the title on the final day by PSG (surprise, surprise), the football this tactic makes your team play results in near full domination in games with the aim of overloading the opponent out wide and in the half-spaces. 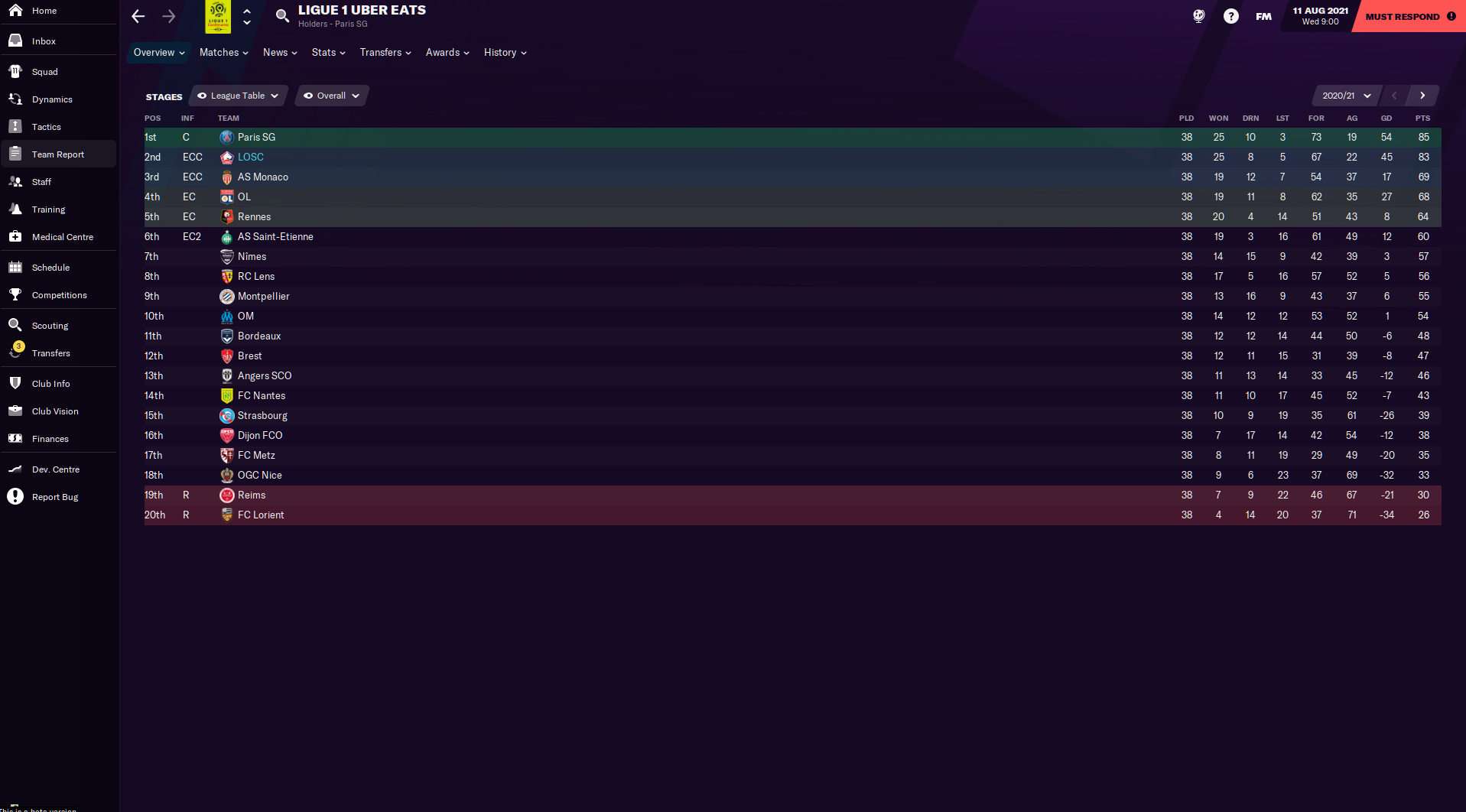 Attacking wise, the rotations between the inverted full backs, wingers and mezzala's pull the oppositions defenisve line apart and your striker will find the the space to receive in and convert chances. With the new through ball and passing mechanics on this years match engine, the players within this tactic tend to play some nice penetrative passes to break down defences. Conversely, the defensive organisations is that of a much higher line and engagement with counter pressing at the forefront of the teams menality. 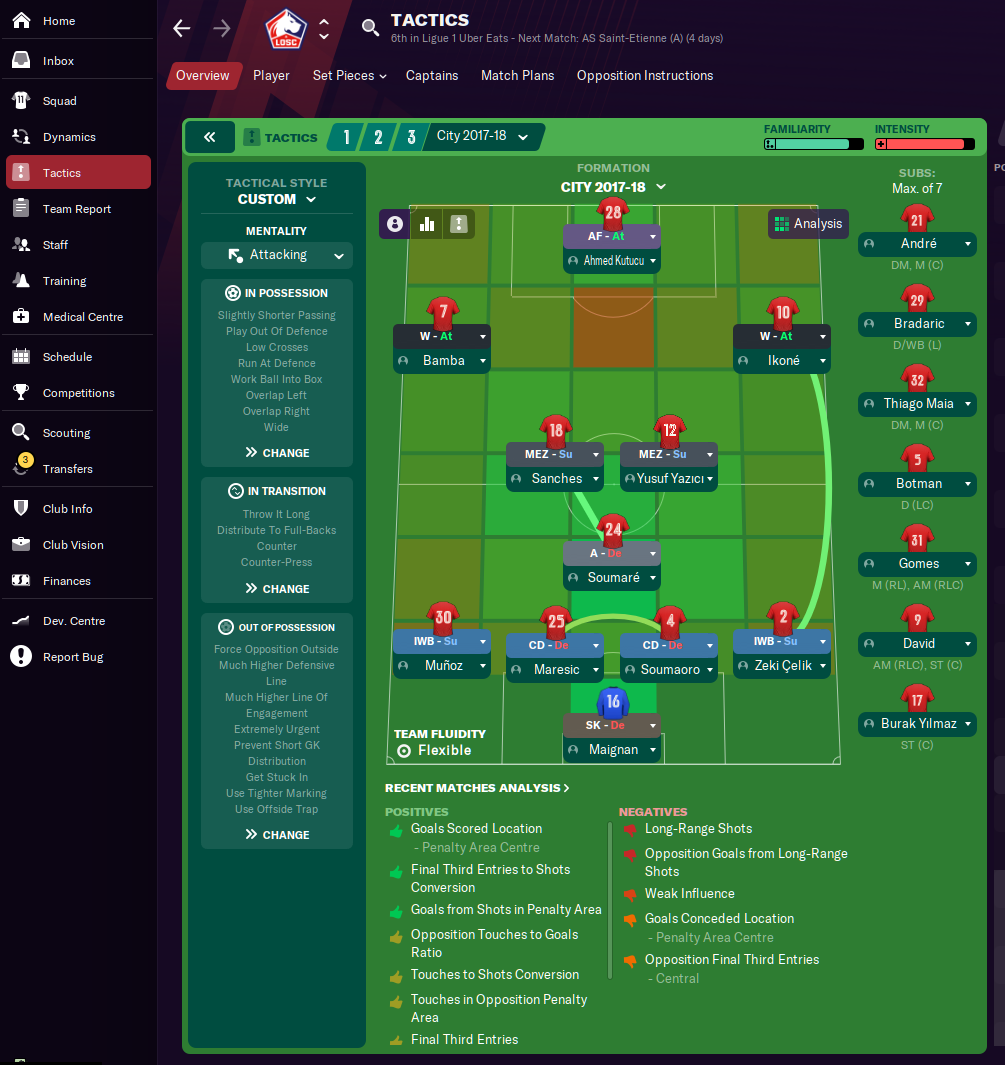 In terms of profile of players you should aim to have in these certain postions:

Pace. That is all.

Apart from the usual full back stats that are required; one with good dribbling, passing and vision.

Passing, vision, decisions, off the ball, long shots and dribbling are important stats. Frequently find space around the edge of the box.

The output crew. End product required. Whether it's crossing, passing or finishing. They find themselves in these postions countless times in a match. Helps if they have cut inside and/ or runs with ball often traits.

Off the ball, pace, finishing and heading.

When I said the wingers where the output crew, the striker is the capo of the output crew. He will have plenty of chances to convert in a match. Make sure he does!

Nothing to note on oppostion instructions as of yet, same goes for training. Assistant normally knows best!

Be sure to let me know how you guys fared in the comments below. I will be looking to develop this tactic as the match engine develops. For now, this will be my tactic for the rest of the game.