Total football is a style of plays that facilitates freedom of movement, ball possession and maximum creativity among players. It’s a philosophy that requires every player in each position to be able to be versatile enough to play in other positions on the field. Attackers defending, defenders attacking and midfielders acting as the engine-room that drives the team forward.

This philosophy was made famous by Johan Cryuff during his time in management, both with Ajax Amsterdam and FC Barcelona. But today’s story is not about Johan, its about the man and indeed the people, who taught him the philosophy. We turn our attention to the Hungarian team of 1950s, famously known as the “Mighty Magyars” for the 5-year unbeaten run on the international stage.

A popular figure in this team is Real Madrid legendary striker Ferenc Puskas. The Hungarian forward, was an explosive forward with lethal freekick prowess that ripped defenses apart in the 1950s. Like all good teams, Puskas wasn’t alone. Sandor Kocsis played alongside Ferenc Puskas in attack, scoring many goals.

The pair were a front-2 in a 3-2-3-2 system centered around a patient and possession-based philosophy used by Hungary, Total Football. In midfield, Nandor Hidgkuti, a creative attacker, played behind the front two, and blend between attacking-midfielder and deep-lying forward. The number 10 served as a link between midfield and attack and also as the base of the attacking triangle.

Other standout names from the Mighty Magyars team were, Zoltan Czibor (a winger with explosive shot power), Jozsef Bozsik (A halfback who played as a deep-lying playmaker in the heart of midfield), and Gyula Grusics (The first ever, sweeper keeper).

As stated earlier the system of total football for the mighty Magyars was set up in a 3-2-3-2 system, allowing for close proximity between players for easy ball movement. This formation created triangles in key areas of the pitch, allowing for easy transition between zones.

In midfield, I started with two wingers on both flanks, but this has since changed to wide-midfielders as I realise wide-midfielders offer more ball retention and creativity, not just crosses. In the heart of midfield, I have tweak this a lot. Starting first with central midfielder on support and then a deep-lying playmaker on defend (my make-shift halfback). I switched to a halfback and a regista to offer more creativity and solidity in the midfield.

In attack the number 10 role has remained an attacking midfield, with duty changes between attack and defend, and the strike partnership is an advanced forward, the Puskas Role, and poacher, the Sandor Kocsis role.

The team instructions so far aim to replicate a possession-oriented team, short passing and high pressing.

There are a few instructions I look to add, but I am still watching if adding them would be necessary. These include, overlaps and underlaps. The general mentality for the team is positive and so far, so good. It seems to be working.

For Juventus, I tested the tactic with simulation throughout the season and the team was able to bag 109 goals in 38 games. We still concede a lot of goals though, and that is expected considering the shape of the defence. 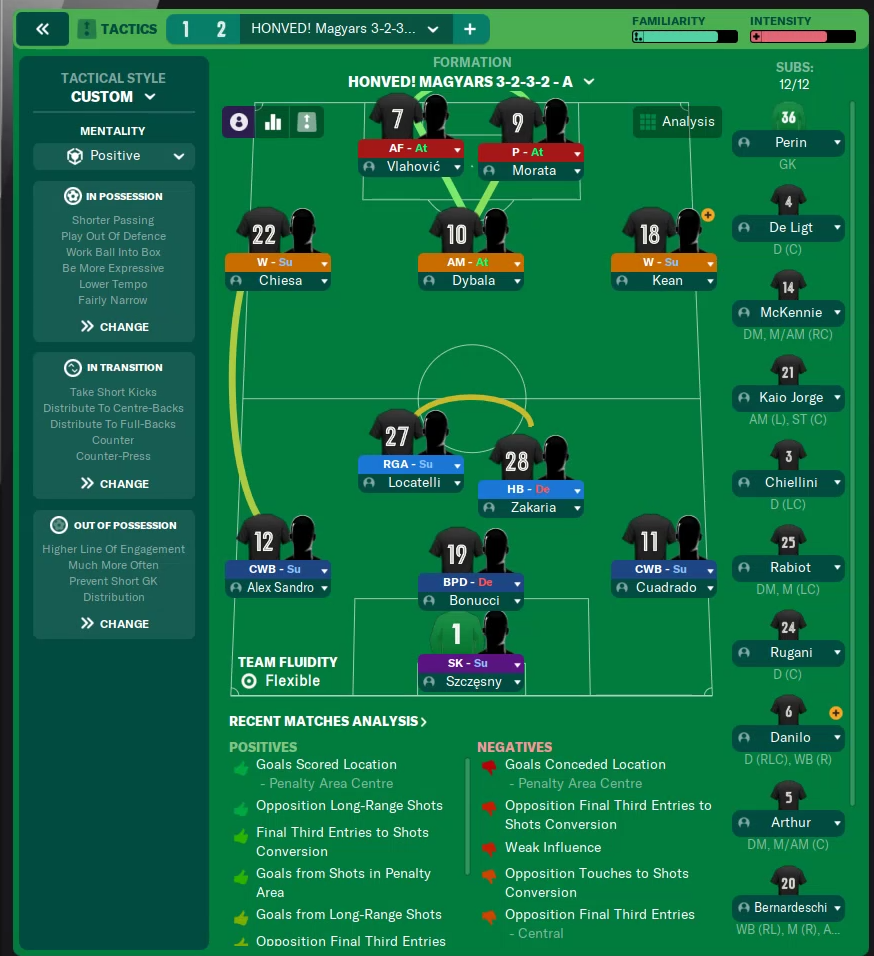 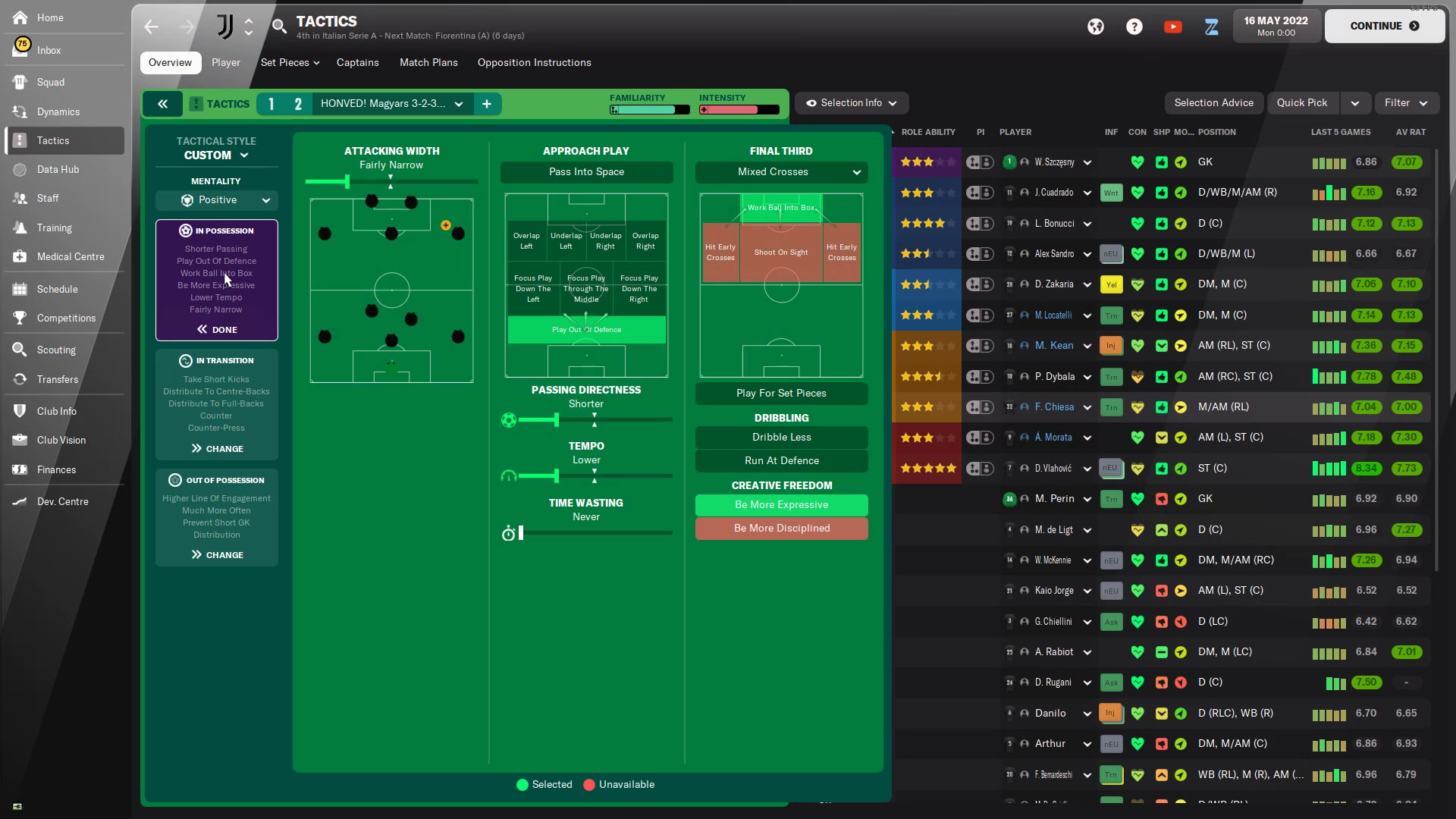 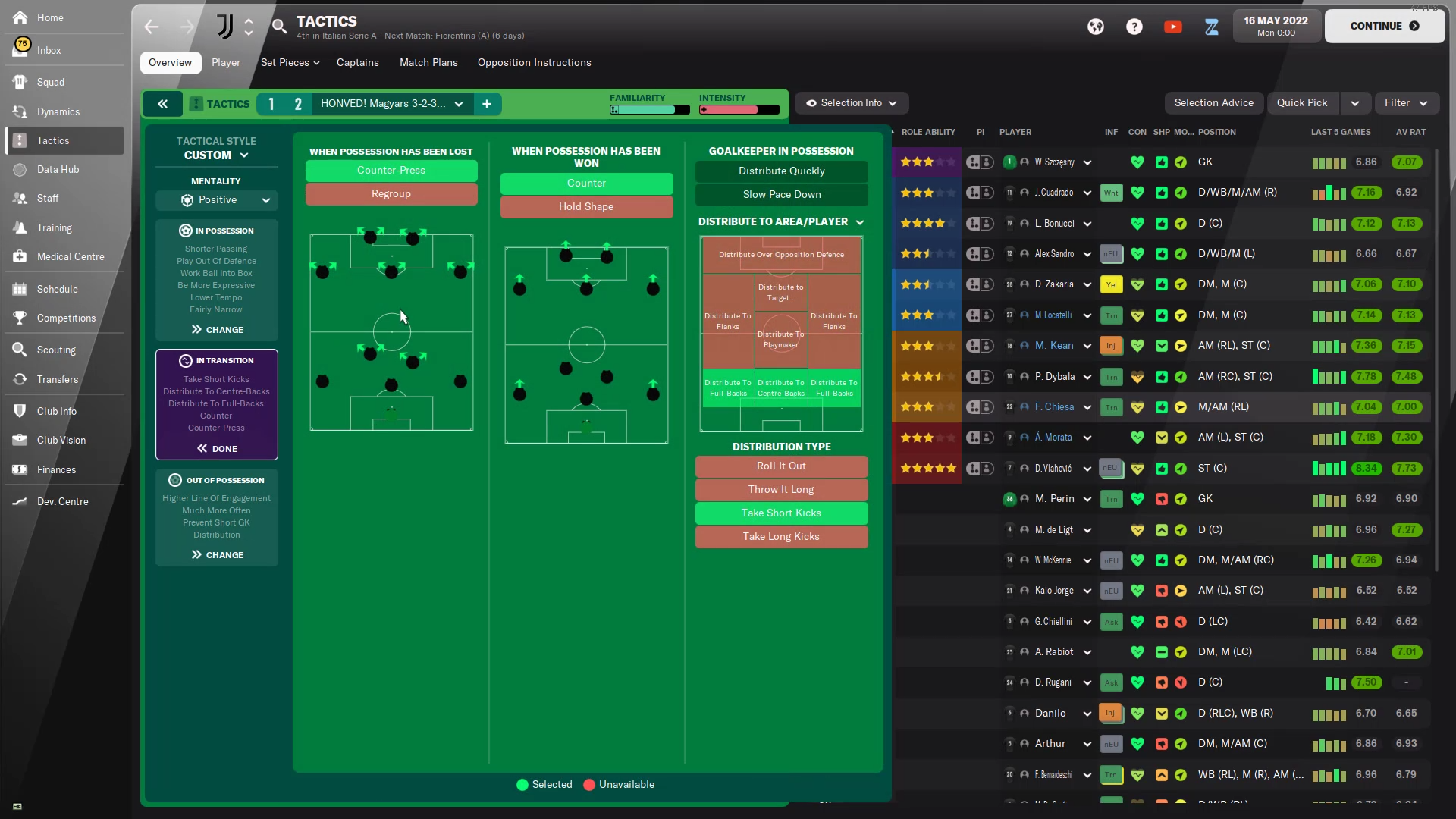 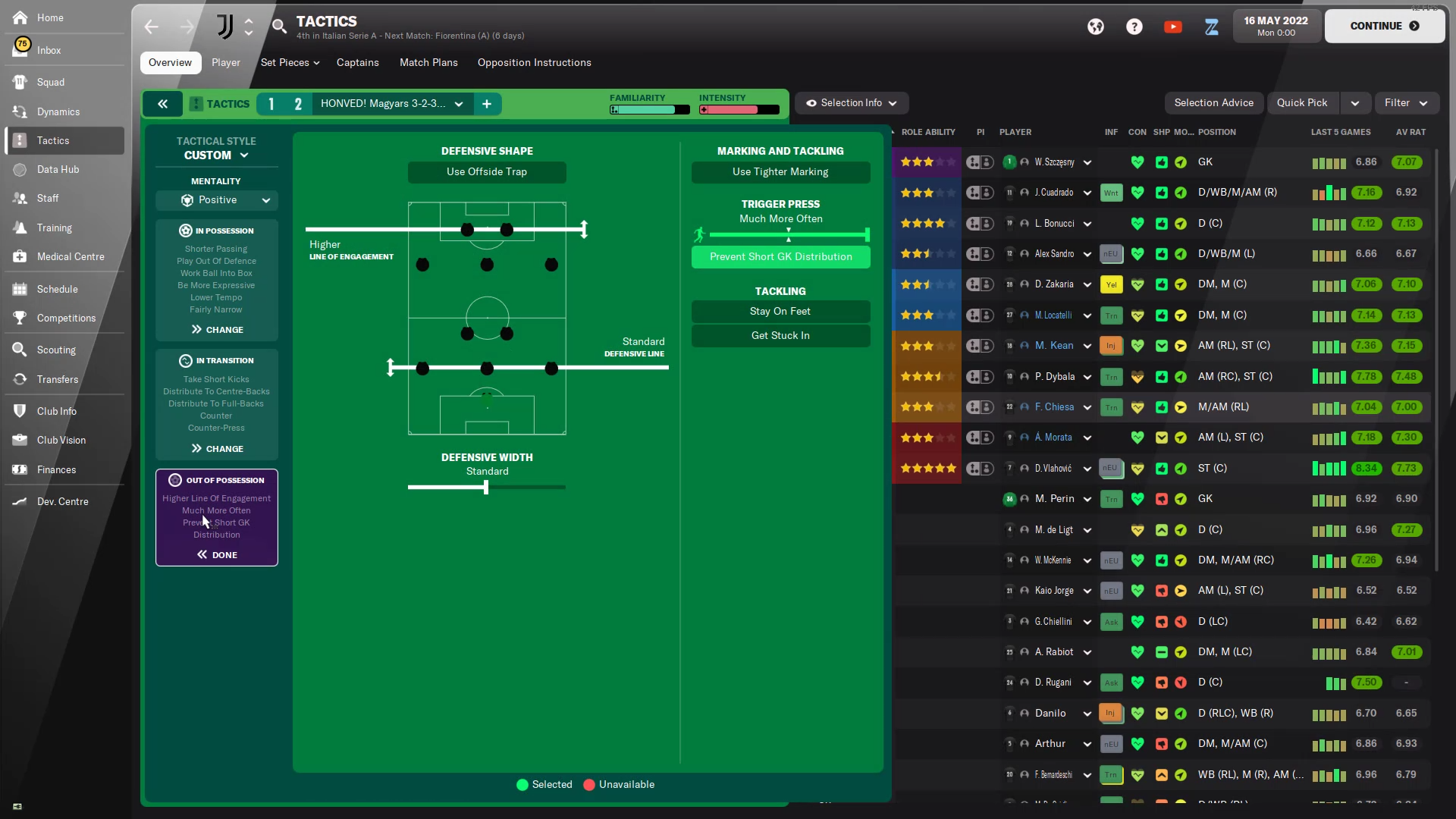